31. Got This Finely Crafted Ladies’ Handbag From An Estate Auction A Few Months Back 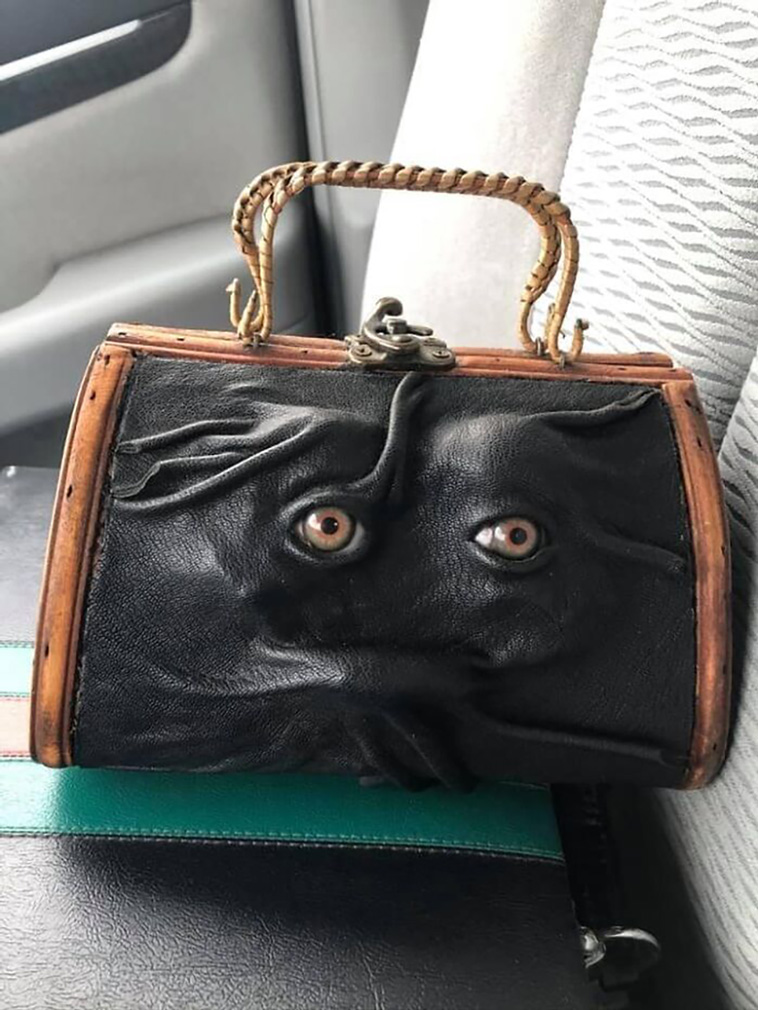 32. I Found This Beautiful Lantern At A Goodwill In Minnesota. I Still Don’t Know Where It’s Permanent Spot Will Be, But I Absolutely Love It! I Paid $15 For This One 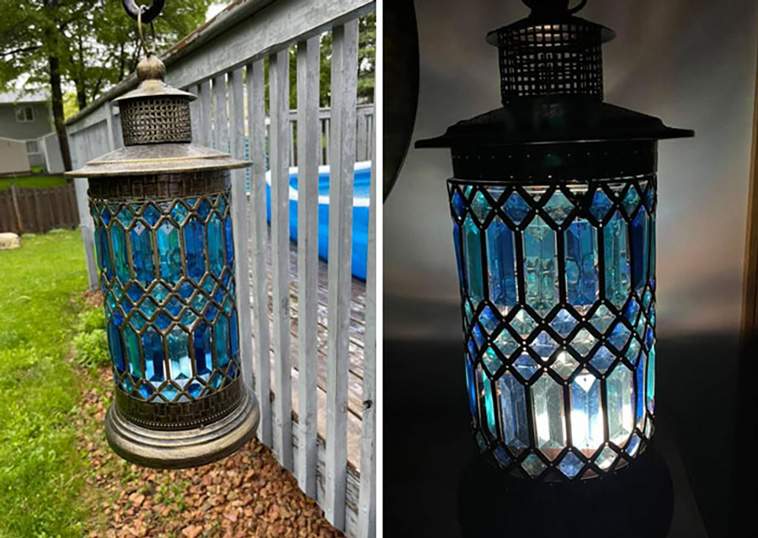 33. My Late Grandma Got Me Into Collecting Skeleton Keys As A Kid 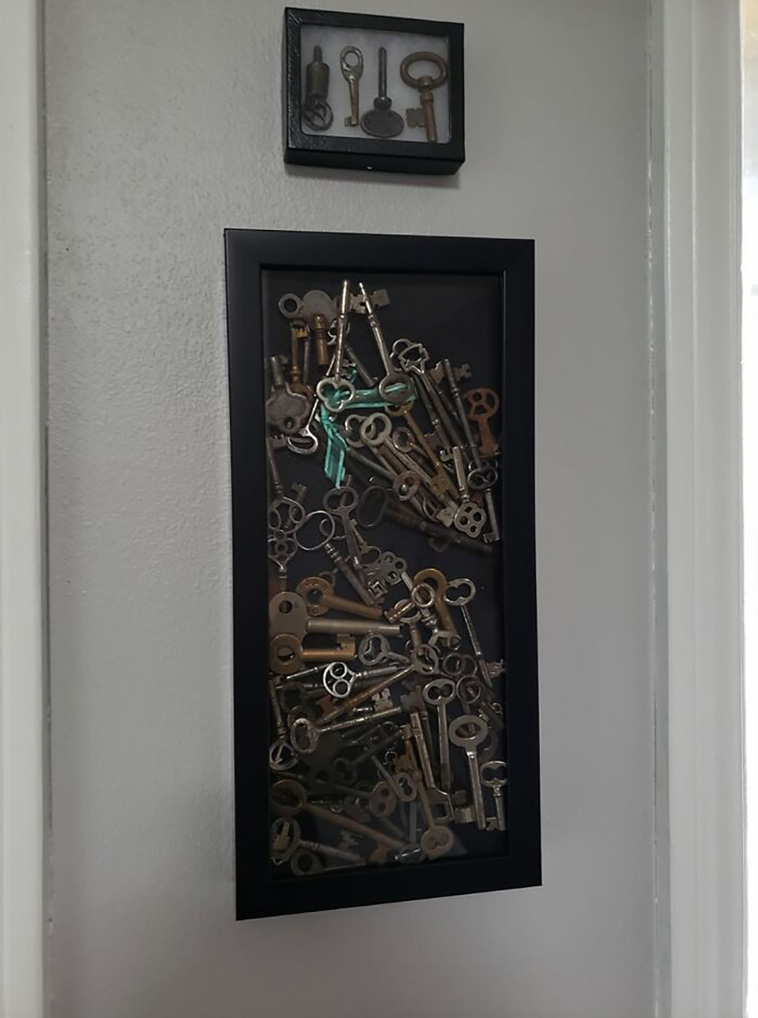 My late Grandma got me into collecting skeleton keys as a kid. My first memory of skeleton keys was her giving me 3 keys and telling me that one was my key to college, another one was the key to the Disney castle, and the third was a key to her heart. Whenever I would get good grades we’d go to antique stores and I would get to pick out a few of my favorite. Anytime I go someplace new I try to pick one up. I have also received a few as gifts. I think they’re just so neat…the stories they could tell. About 5 years ago I moved back home from living in California and was lucky enough to be able to buy my grandmother’s home. A few days ago I FINALLY found a way and place to showcase the keys! I am overjoyed with how cool it looks. Now instead of them being stored away in a box, I can look at them everyday and think about my Grandma.

34. Forgot To Make The Bed Before Snapping A Pic, But I Got It From My Friend For $100 And He Told Me It Came Out Of A House In Detroit Michigan 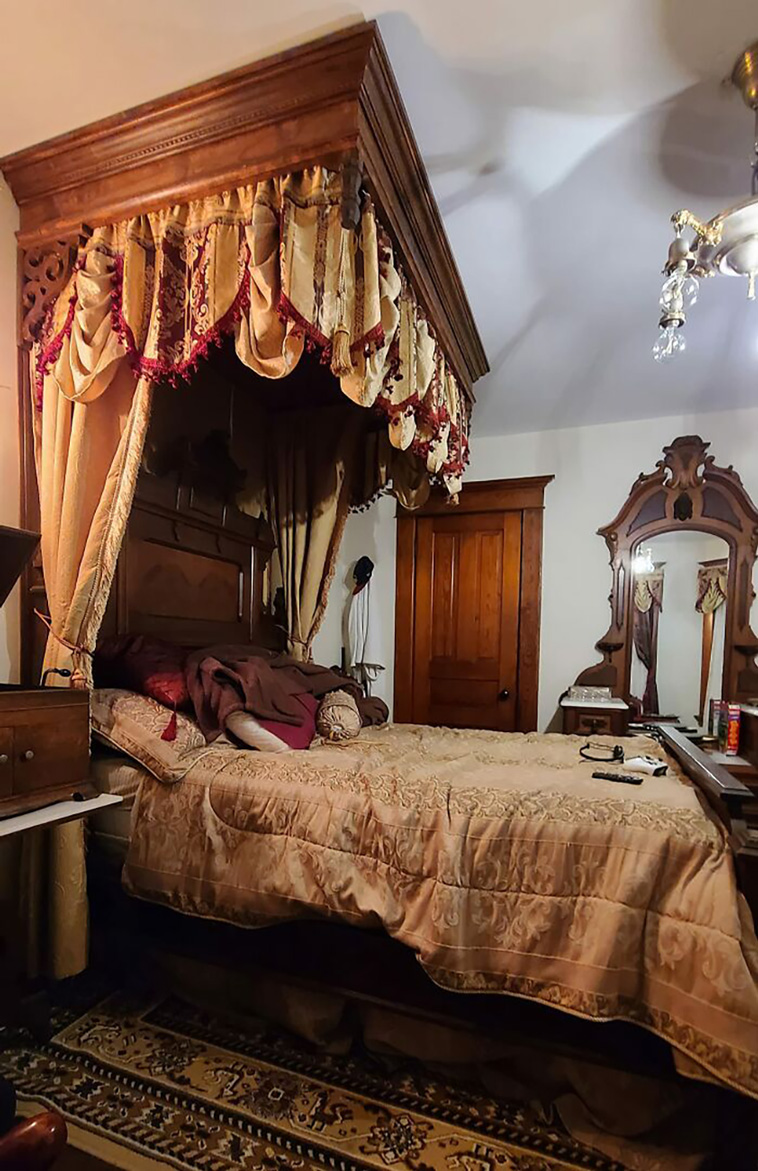 35. My Home Is A Renovated Episcopal Church That Was Built In 1871

The 9 remaining stained glass windows are original to the structure. As it turns out, the windows are secondhand from a church from the east coast. They were saved when that church was torn down, and got repurposed when this one was built. They were created with small sections of stained glass and larger areas made with a screen printing technique. To the best of my knowledge, based on a historical society document, they date back to the revolutionary war era.

36. I Have Wanted A Funky Pair Of Bowling Shoes To Wear As Everyday Shoes Since I Was A Teenager 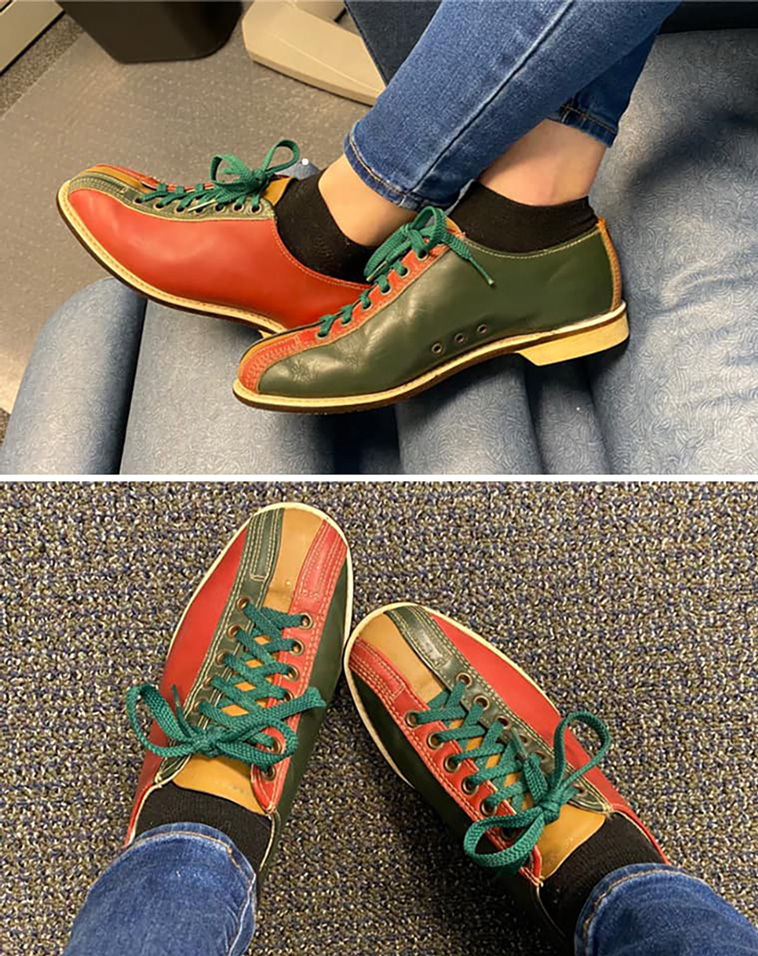 Found these for $3 at a small thrift store in Gilchrist County, FL. These are definitely a vintage pair, made by Brunswick with leather outsoles. I’m crazy about them. And I am loving the strange looks I get when I wear them.

37. I Already Had The Moon Already But I Got The Print( No Frame) From My Buy Nothing Group And Did A Contactless Pickup 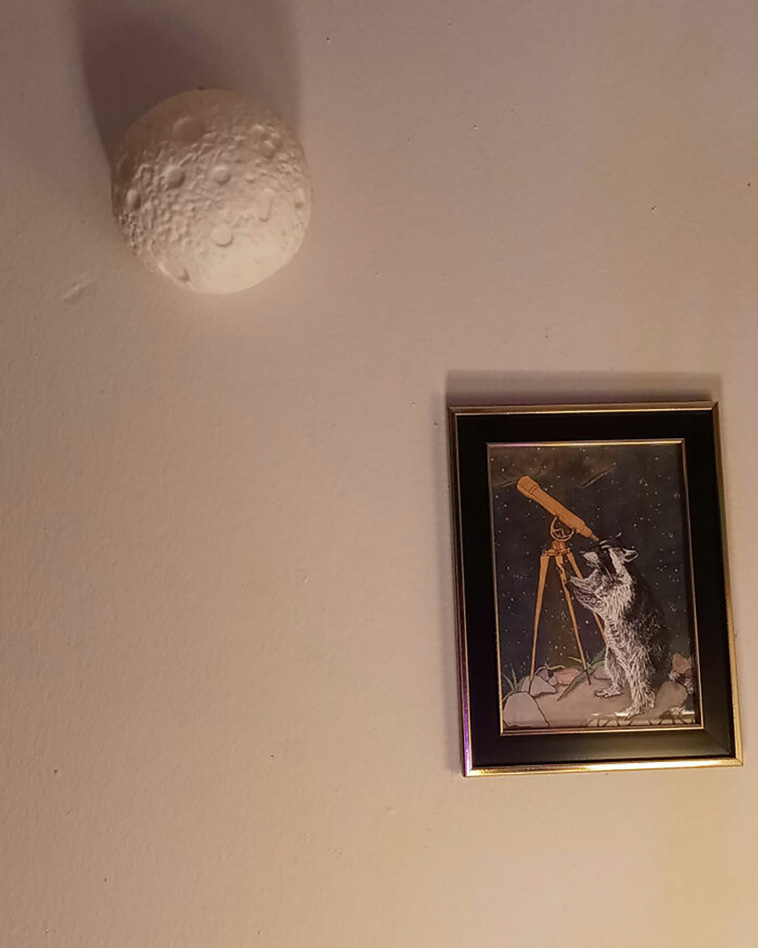 38. Some Vintage Spoon Holders I Found At A Goodwill. Repurposed To Hold My Paints! 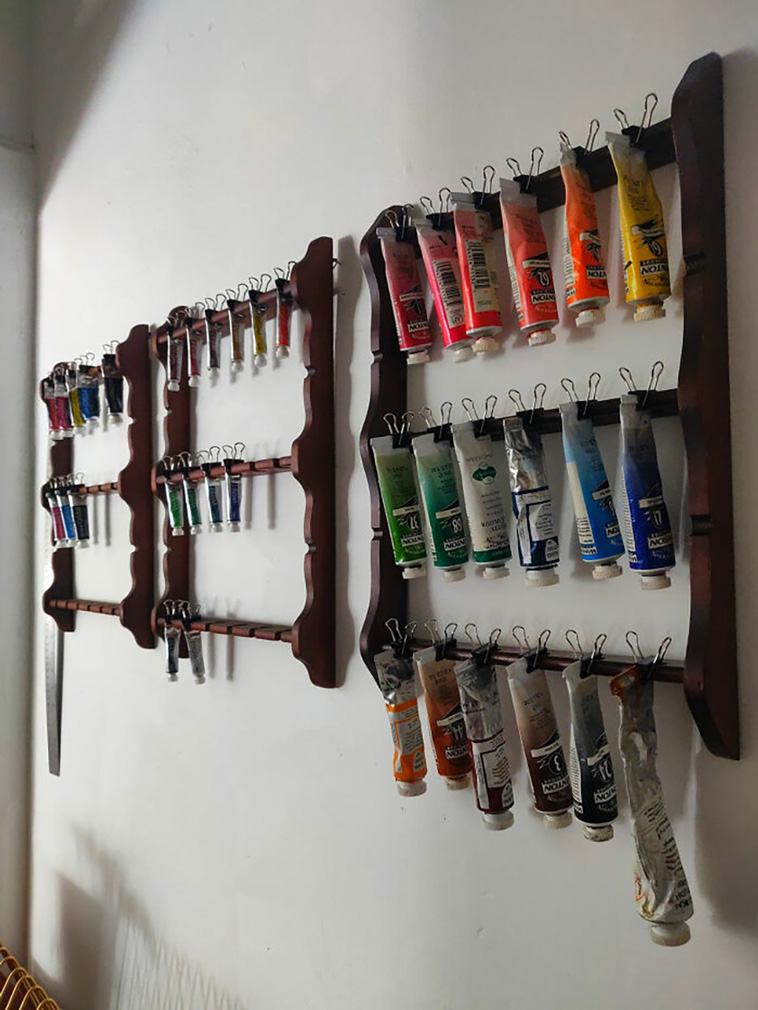 39. I Am Also Jumping On The Vintage TV Trend! 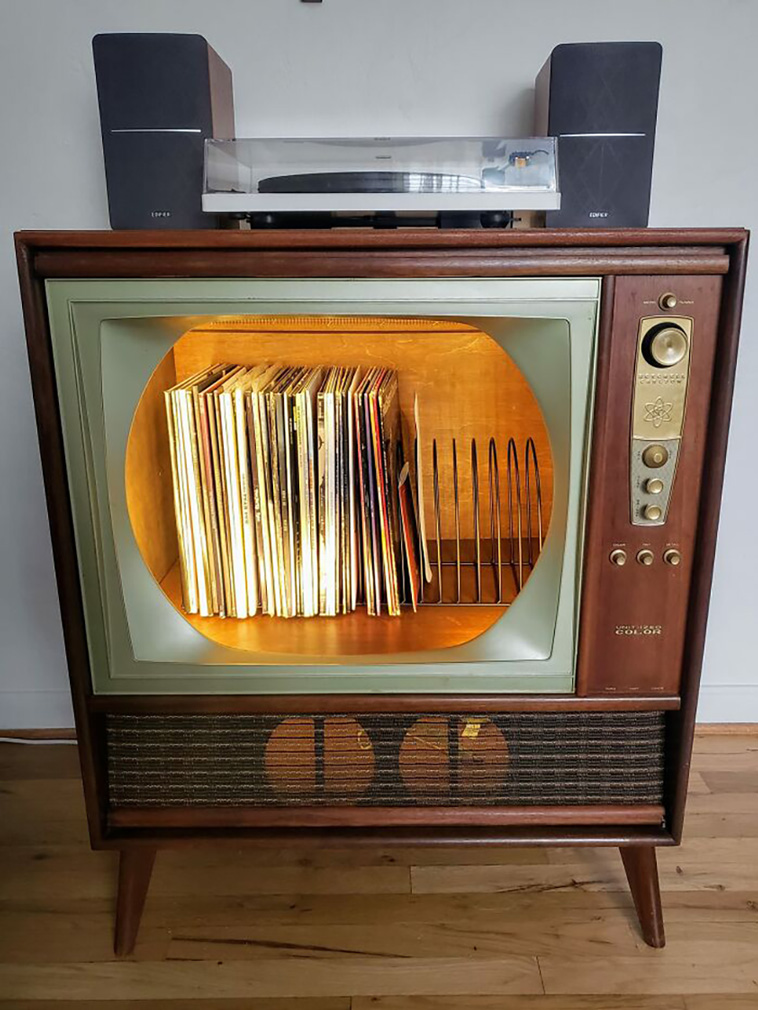 I gutted this fb marketplace find this year, the screen was unsalvageable so I turned it into a record stand/storage. The speaker facade opens to reveal hidden storage and the added interior lights are controlled by the original knobs! For those that are curious, it is a 1961 Setchell Carlson. This was my first vintage tv restoration and have since done 2 more!

40. I Was Scrolling Through Marketplace Looking For A Cookie Jar And Literally Gasped When I Saw This Masterpiece 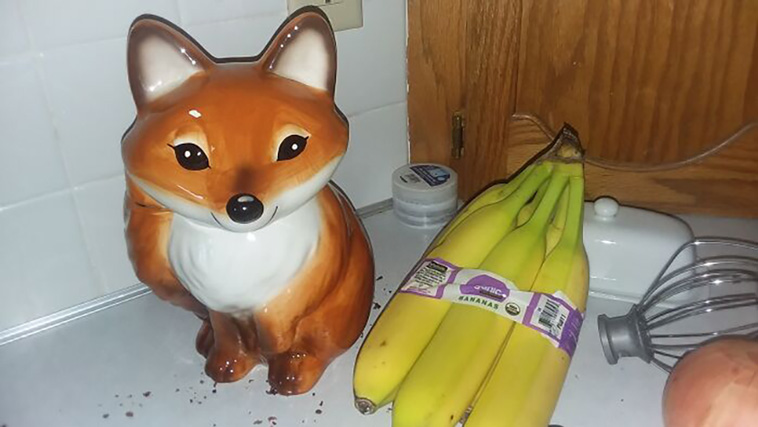