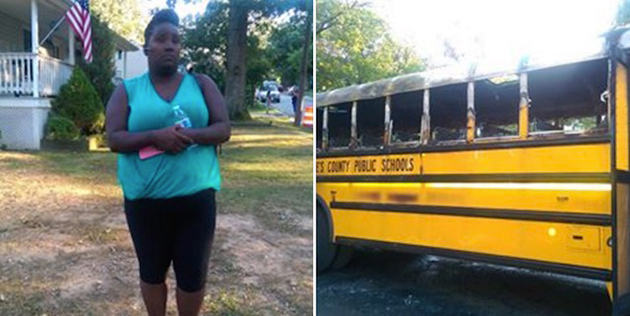 A school bus driver from College Park, Maryland is being called a hero after she saved 20 children from a burning school bus. The driver, Reneita Smith, was driving from Glenarden Woods Elementary School when suddenly there was a fire that broke out underneath the bus’s rear wheel. Without hesitation, Smith stopped the bus and pulled each kid off the bus one-by-one. She even went back inside the smoky bus to make sure there were no kids left in there. Smith is a mother of two children herself and said it was her job to make sure the kids were safe. But people are still labeling her a hero and she’s even gaining some positive attention on Facebook after the story broke out there. It’s good to know there are bus driver’s out there as dedicated as Smith.

(WATCH the video below)