British Secret service created a sabotage device consisting of a dead rat with explosives shoved up it’s arse. Back then for safety if you saw a dead rat, you scooped it up with a spade and chucked it into the furnace. This would ignite the explosives and blow up the building enough that the Nazi’s would call in their bomb squad for every dead rat.

In WW2, British commandos filled a ship with explosives, tried to sail incognito into Germany’s largest dry dock but was discovered and fired upon by all the shore batteries, the ship started getting hit again and again (and any single hit could detonate the explosives) they some how managed to sail the ship at full speed straight into the gate of the dry dock propelling the ship halfway out of the water and getting it stuck on the gate making it impossible to tow it away. A small taskforce then attacked the dock facilities before retreating back but sadly the ship didn’t explode as the timer had failed.

The next day a bunch of German officers and officials came to examine the British ship meanwhile half a mile away captured commandos were being tortured for information. To them their mission had failed and now they were facing some brutal treatment.

The explosives on the ship suddenly detonated, the explosion was massive, it destroyed the dock, hundreds of soldiers that were sent to secure the dock and killed all the German officers and officials that had come to inspect it.

Those being tortured heard the explosion and got to have the last laugh.

I’ve always wondered why it was never made into a film there’s so many twists and turns and when you think it’s all over there’s one more big twist. 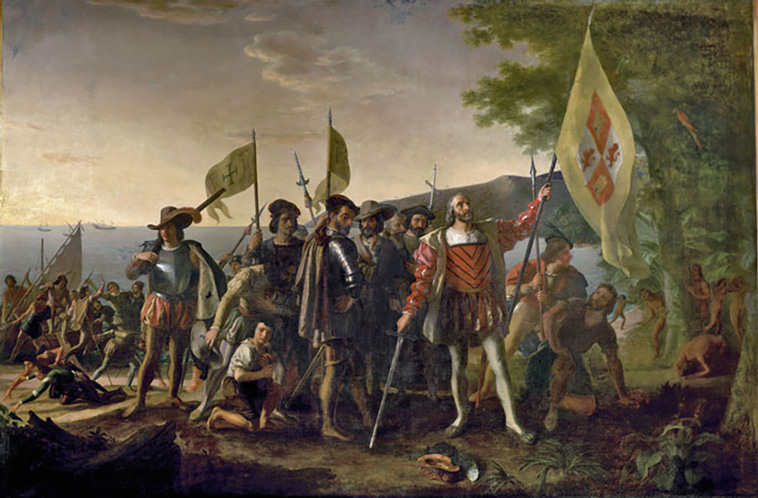 The Spanish conquistadors found platinum during their search for gold, and dumped all of it in the sea, because they thought platinum was inferior to silver.

Between 1933 and 1941, the Chinese city of Shanghai under Japanese occupation, accepted unconditionally over 18,000 Jewish refugees escaping the Holocaust in Europe, a number greater than those taken in by Canada, New Zealand, South Africa and British India combined during World War II 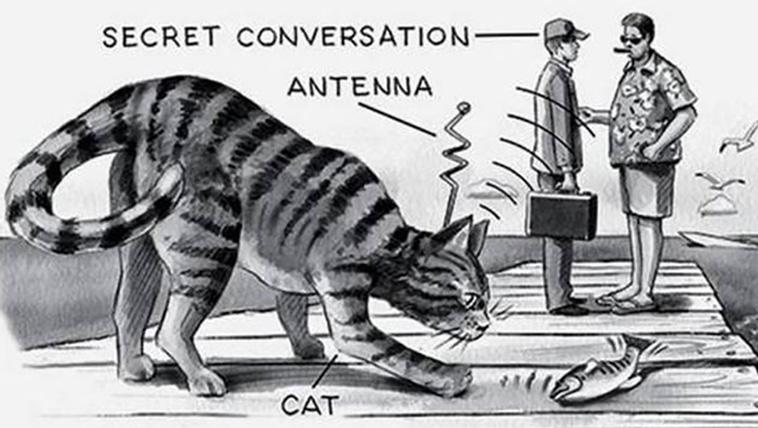 Operation Acoustic Kitty. In the 60’s the CIA spent months and tens of millions of dollars to surgically bug and then train a cat to sit near foreign officials in order to transmit their private conversations to CIA operatives. The day of the first official test run they release the cat, it wanders into the street and is promptly hit by a taxi. 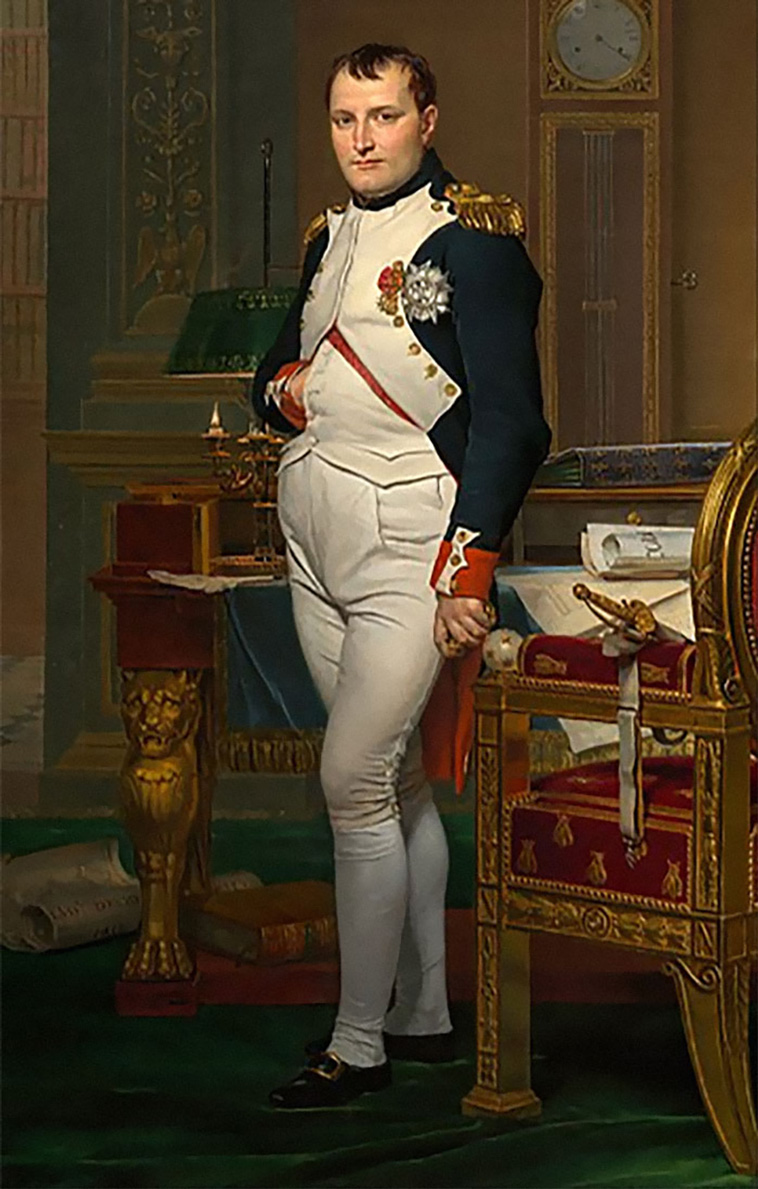 May have been said already, but when Napoleon returned to France from his exile, a Regiment of French soldiers were sent by the Coalition Powers to intercept him. Upon seeing them, Napoleon approached and simply said, “If you wish to kill your Emperor, here I am.” The Commander of the Regiment ordered his men to open fire. Out of the 2,000 soldiers present, not a single one obeyed the order. They all joined Napoleon and marched to Paris with him. Truly a real life Mary-Sue. At least until he was thoroughly beaten and exiled again, permanently this time.

The time Julius Caesar was captured by pirates.

“In 75 BCE a band of Cilician pirates in the Aegean Sea captured a 25-year-old Roman nobleman named Julius Caesar, who had been on his way to study oratory in Rhodes. As the story is related in Plutarch’s Parallel Lives, the capture was a minor inconvenience for Caesar but very bad luck for the pirates.

From the start, Caesar simply refused to behave like a captive. When the pirates told him that they had set his ransom at the sum of 20 talents, he laughed at them for not knowing who it was they had captured and suggested that 50 talents would be a more appropriate amount. He then sent his entourage out to gather the money and settled in for a period of captivity. The pirates must have been dumbfounded. It’s not every day that a hostage negotiates his ransom up.

Caesar made himself at home among the pirates, bossing them around and shushing them when he wanted to sleep. He made them listen to the speeches and poems that he was composing in his unanticipated downtime and berated them as illiterates if they weren’t sufficiently impressed. He would participate in the pirates’ games and exercises, but he always addressed them as if he were the commander and they were his subordinates. From time to time he would threaten to have them all crucified. They took it as a joke from their overconfident, slightly nutty captive.

It wasn’t a joke. After 38 days, the ransom was delivered and Caesar went free. Astonishingly, Caesar managed to raise a naval force in Miletus—despite holding no public or military office—and he set out in pursuit of the pirates. He found them still camped at the island where he had been held, and he brought them back as his captives. When the governor of Asia seemed to vacillate about punishing them, Caesar went to the prison where they were being held and had them all crucified.”

Maybe not an event, but pretty absurd.

In an attempt to claim control of the former Spanish Empire’s territories in the Americas, the French ruler, Napoleon III, created the term “Latin America.” Because if the territories were Spanish (or formerly), then the French had no right to them, but if he got the world to call it Latin, which the French were considered a branch of, then Napoleon III could attempt to take them for a new, glorious, French Empire. This would also reassure the British, US, and Dutch that he was not going after their American territories, since they were not “Latin” countries.

In other words, we call Hispanics of the Americas Latin because it was French propaganda used to legitimize their rule over South and Central America.

Stops by Egypt ruined their economy because he was so rich he made the value of gold plummet.

Building a pool in the middle of the desert so that his 1st wife could swim.

Making it to Mecca with an entourage like Aladdins after the genie.

Heading back says sorry I f***ed up the economy I will buy my gold back and heads back to his country like no biggie.

Actually, no this should be a movie I would pay to watch it twice.

The Texel battle the 23rd of January 1795 between french cavalry and dutch fleet. The only time a cavalry charged over boats and won. The Dutch fleet was trapped by ice on Den Helder. The french hussars put fabric on the horse’s feet and went on the ice, launching the attack and scaring the fuck out of the Dutch. They then escalated the ships with their swords between their teeths. They took 14 warships and managed to overtake a british vessel that was trying to flee through the ice. A woman in charge of the canteens said that they probably wouldn’t have dared to do that if she hadn’t distributed so many wine.

So drunk French cavalry made one of the biggest capture of ships of modern history (for instance, trafalgar is 23 boats sunk or taken). on horses. on the frozen sea.