A Reddit user asked ‘What historical events are so absurd that they would be too strange for a fiction story or a movie?’ and here are 30 of the responses. 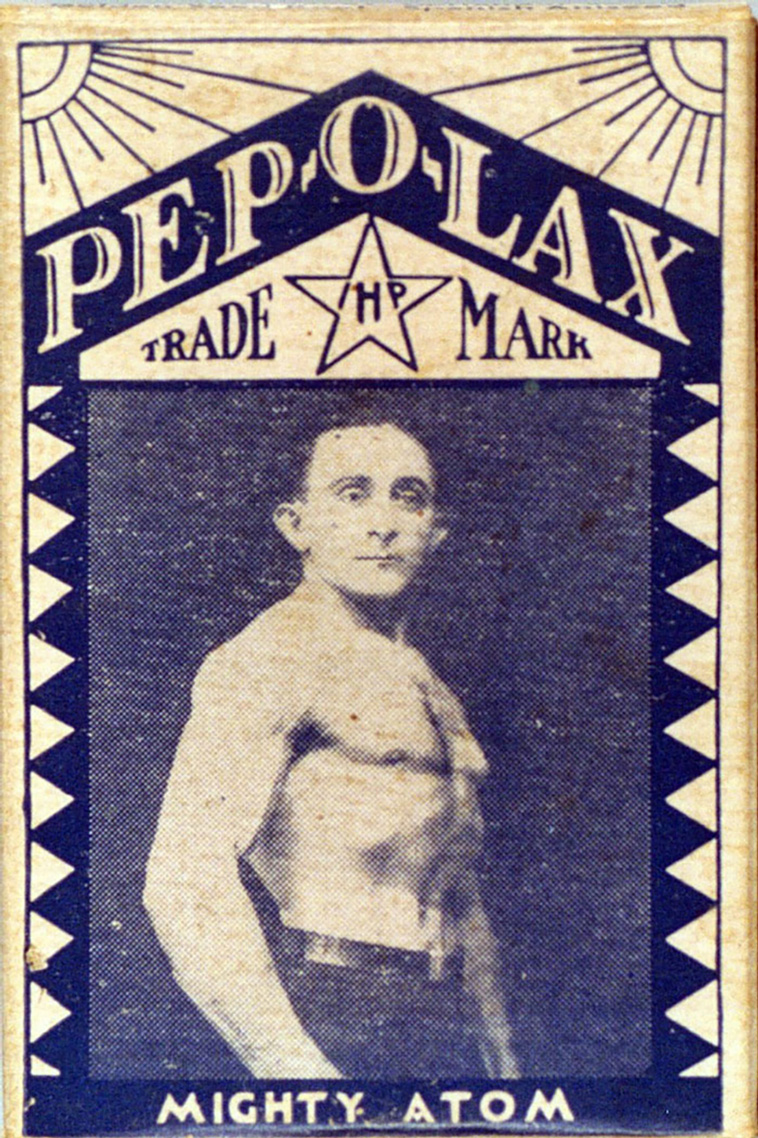 In 1939, some American Nazis hung up a “No Jews Allowed” sign outside a store. A 5’4” Jew passed by and, naturally not appreciative of their business policy, tore up the signs. The Nazis gladly took this excuse to go out and beat him up… only to learn that Joseph Greenstein was known as The Mighty Atom, one of the most accomplished strongmen in American history. The type of dude who bends horseshoes and pushes nails through metal sheets with his palm for his job. Needless the say, the Nazis ended up in about the same state Germany would be in a couple of years. 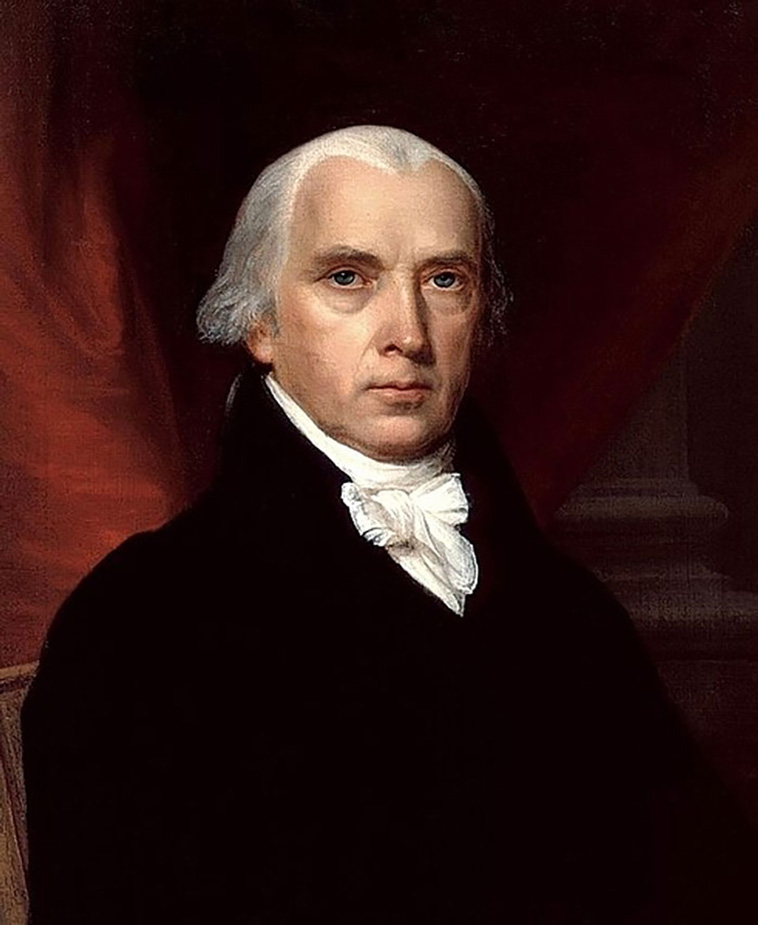 Back in the 1780’s, after being elected President, George Washington decided to send a letter to Congress that basically said, “Hey, looking forward to working with y’all, this will be exciting!”

However, George wasn’t very eloquent, and was generally busy and stressed, so he asked his friend James Madison to compose the letter to Congress, which James did.

When Congress received the letter, they decided to respond in kind, not wanting to slight the new president. They wanted to send back a letter that essentially said, “We’re glad you’re excited, so are we!” They decided there was no one better in Congress to write the letter than their very own…James Madison.

So, James writes a response to the letter he wrote in the first place, and Congress sends it to George. George decided to respond with something along the lines of, “Oh, good, I’m excited that you’re excited, too!” — and since his buddy James did such an excellent job with the first letter, George again went to him and had him compose the response.

Congress received the letter and again not wanting to be awkward and ignore the PRESIDENT, decided to reply with yet another letter that basically said, “Hey, we’re excited that you’re excited that we’re excited!” …and once again, they had James Madison compose the response.

So James Madison, future 4th president of the United States, wound up writing himself 4 letters back and forth between “George Washington” and “Congress”, and was too embarrassed to tell anyone about it while it was going on. 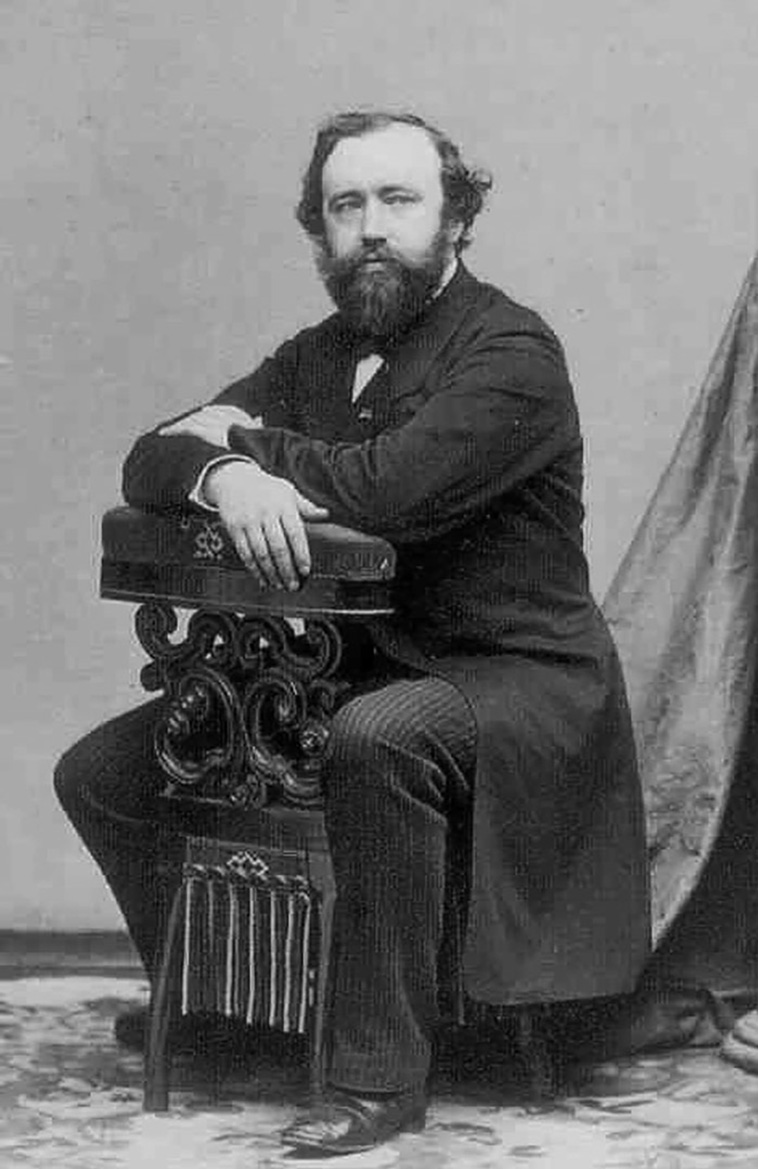 One of eleven children born to Charles and Maria Sax, Adolphe was an extremely accident prone youth who barely made it to adulthood. At three he fell three floors down bashing his head on the stone floor at the bottom. He drank a bowl of acidic water believing it was milk. He swallowed and subsequently passed a large needle. He flew across his fathers workshop and was burned badly when a barrel of gunpowder exploded. He fell upon a hot cast-iron pan on a stove burning his side. He frequently slept in a room where varnished furniture was drying, somehow avoiding poisoning and asphyxiation. He was hit in the head with a slate roof tile while walking down the street. He fell in a river and nearly drowned.
Then this same child, who some force was failing miserably to unalive, grew up and had the audacity to invent the saxophone.

The Allies in Italy during WW2 were blocked at one point by an old castle that defended a critical valley they needed to move through.

The Nazis had taken it over and heavily fortified it with machine guns and artillery. Had a long ramp to the main gates that left the attackers open to mg fire. Back of the castle opened onto a sheer cliff. Destroying the castle wasn’t an option.

The British tried taking from the front and failed. The Americans tried the same thing with more men and also failed.

Enter the Canadian Army, who decided to scale the cliff at night, with all their gear, in complete silence and take the fort.

And they did it. 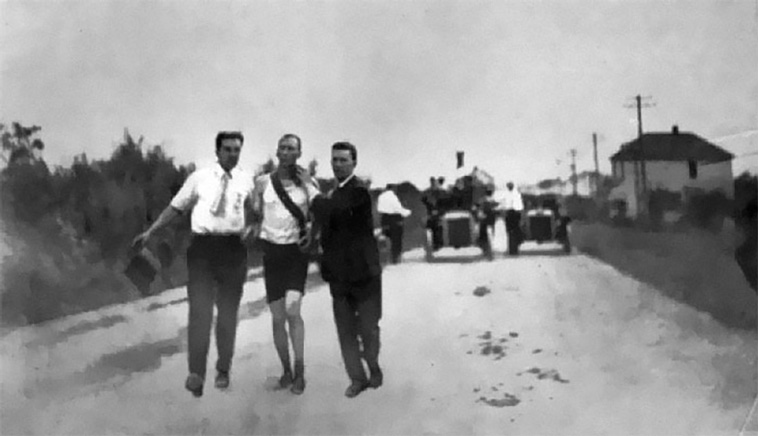 From the last time this was asked:

The Marathon at the 1904 Olympics in St. Louis.

The first place finisher did most of the race in a car. He had intended to drop out, and got a car back to the stadium to get his change of clothes, and just kind of started jogging when he heard the fanfare.

The second place finisher was carried across the finish line, legs technically twitching, by his trainers. They had been refusing him water, and giving him a mixture of Brandy and Rat Poison for the entire race. Doping wasn’t illegal yet (and this was a terrible attempt at it), so he got the gold when the First guy was revealed.

Fourth finisher was a Cuban Mailman, who had raised the funds to attend the olympics by running non-stop around his entire country. He landed in New Orleans, and promptly lost all of the travelling money on a riverboat casino. He ran the race in dress shoes and long trousers (cut off at the knee by a fellow competitor with a knife). He probably would have come in first (well, second, behind the car) had it not been for the hour nap he took on the side of the track after eating rotten apples he found on the side of the race.

9th and 12th finishers were from South Africa, and ran barefoot. South Africa didn’t actually send a delegation – these were students who just happened to be in town and thought it sounded fun. 9th was chased a mile off course by angry dogs. Note: These are the first Africans to compete in any modern Olympic event.

Half the participants had never raced competatively before. Some died.

St. Louis only had one water stop on the entire run. This, coupled with the dusty road, and exacerbated by the cars kicking up dust, lead to the above fatalities. And yet, somehow, Rat Poison guy survived to get the Gold.

The Russian delegation arrived a week late, because they were still using the Julian calendar. In 1904. 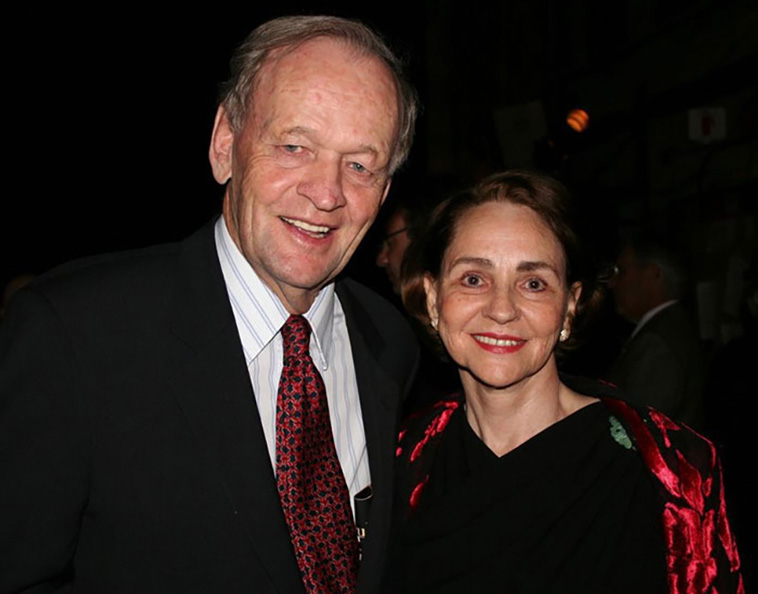 The Prime Minster’s wife hears someone walking around downstairs and tries to wake her husband. The PM just tells her its nothing, go back to sleep.

She gets up and investigates – finding the knife wielding assassin. She grabs an Inuit statue of a loon and beats the s**t out of the guy. Our PM then runs into the hall and helps his wife take down the assassin. These are two people in their 60’s just kicking the s**t out of some dude in his late 20’s.

She calls the local police who arrive, only to realize they forgot the f***ing key to the front gate, so they send someone back to the station get it.

The assassin was later confirmed to have major mental health issues. Less than 5 years later, he was successfully treated for his schizophrenia, released from his treatment facility and formally apologized to the couple. 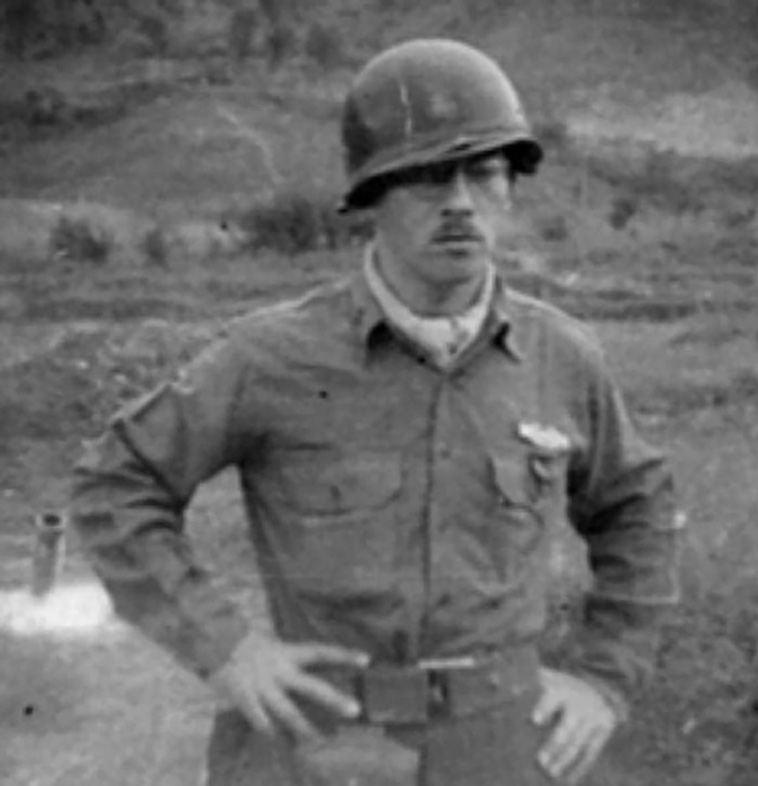 Benjamin F Wilson was already a WWII veteran when he enlisted in the Korean War. He had to take a demotion from Lieutenant to private to do so, but he quickly rose back through the ranks. In 1951 he was put in charge of protecting a place that they called Hell Hill, and he knew that an attack was coming, but he remained with his men. He took a bullet to the leg and then went into a one-man charge to kill 7 and wound 2 Chinese soldiers alone. His men tried to take him for medical treatment, but when his stretcher was put down, he got up and limped back up the hill… just as everyone else was retreating. He charged alone with his rifle, killing 3 enemies. Then they took his rifle, so he killed 4 more with his entrenching shovel. The Chinese retreated, for a while. The next day Wilson went on a one-man assault again to take down 33 more enemy soldiers, despite his existing wounds. This was a guy that just wouldn’t be held down.

Literally this guy is too John Wick for John Wick, wouldn’t even pass as realistic. 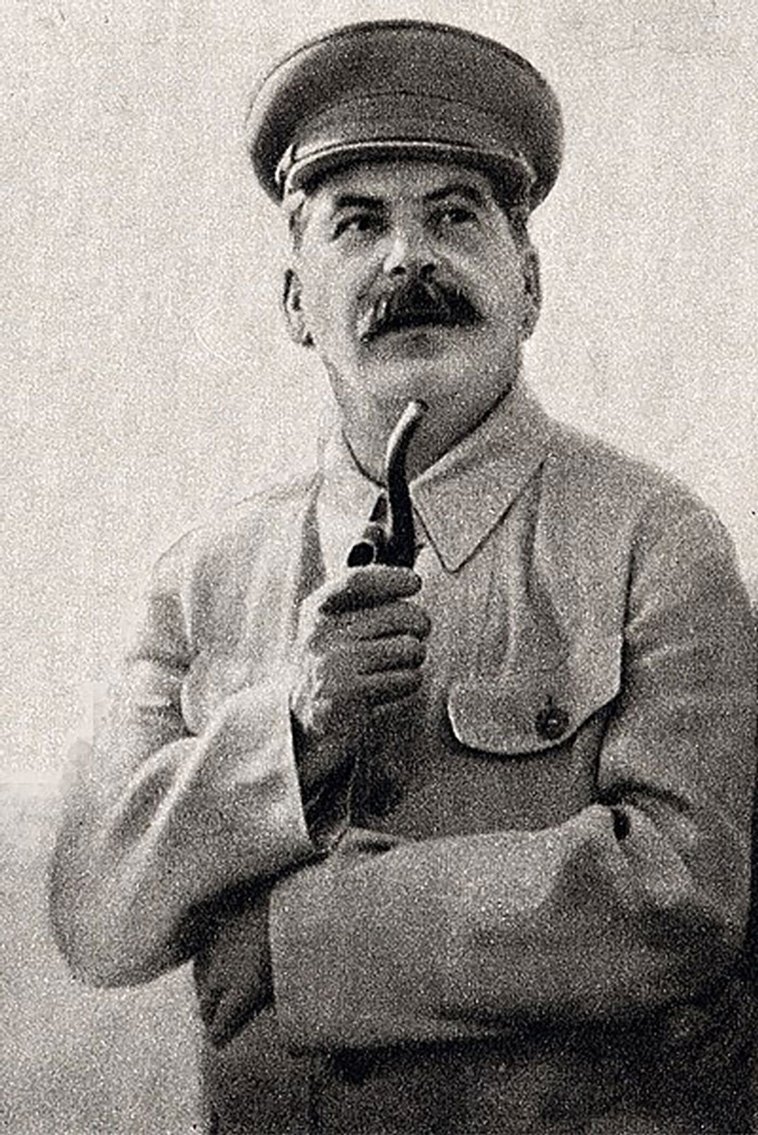 The fact that Stalin could’ve survived a heart attack he had if he hadn’t executed all the good doctors in the USSR. That’s karma 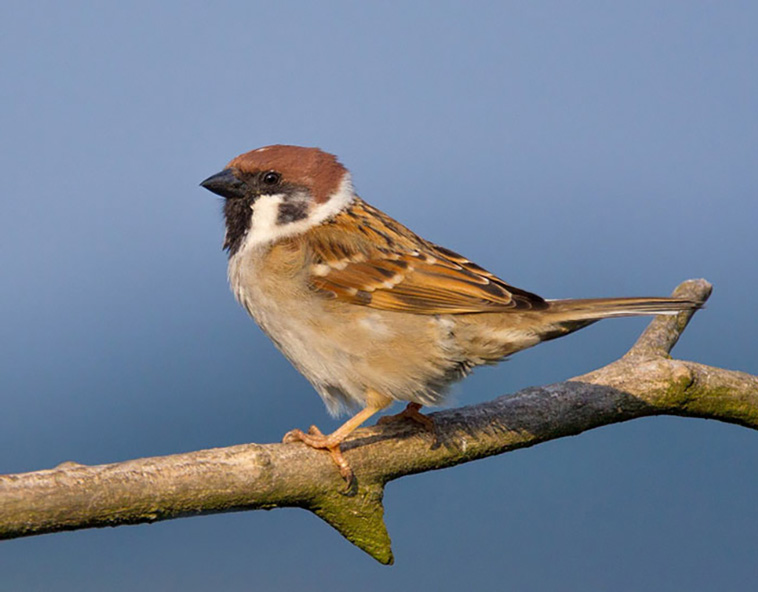 Chinese revolutionaries blaming the sparrows for famine, which lead to killing the population of sparrows and… more famine, because they broke the ecosystem and the locust could spread.

An attempt by Russian security forces to blackmail Indonesian leader Sukarno by filming him having sex with a group of flight attendants resulted in him requesting copies of the tapes to send to his friends.