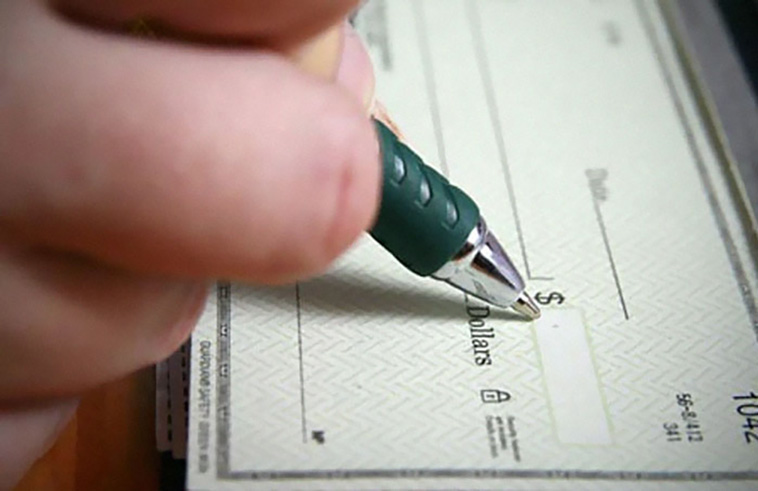 Freshman year of college – the guy across the hall from me is a spoiled rich kid from a big southern city. Old money clearly coming out his a**. A couple of weeks into the second semester he and a buddy found a checkbook on the sidewalk. Stupid f***ers decided to write themselves a check and cash it in the bank that the account is in. The teller immediately called the cops and they both got arrested.

We talked the night he got arrested and he laughed and said his dad would “take care of it” and everything would be fine. That weekend we met his dad as they moved everything out of the dorms since his dumb a** got expelled. Guess daddy didn’t take care of it.

While working as an EMT on the ambulance for probably the richest area in San Diego County, a judge had ordered a 15 year old resident of the area to do community service for vandalism he had committed. The community service was to report to the nearest fire department every saturday for a month and clean whatever the fire chief wanted him to clean for a few hours. He shows up the first day and the chief asks him to go ahead and polish the chrome parts of the fire engine. They take the kid downstairs to the apparatus bay and give him the spray chrome polish and some rags.

An hour or so later we checked in on him surreptitiously from a second story window and he was just standing there staring at the spray bottle in one hand and the rag in the other. When we asked him why he hadn’t started he claimed he had never cleaned anything in his life before and he ‘didn’t want to mess up’ the fire engine. We gave him a short tutorial and over the next month he probably learned a more useful life skill than any other up to that point. 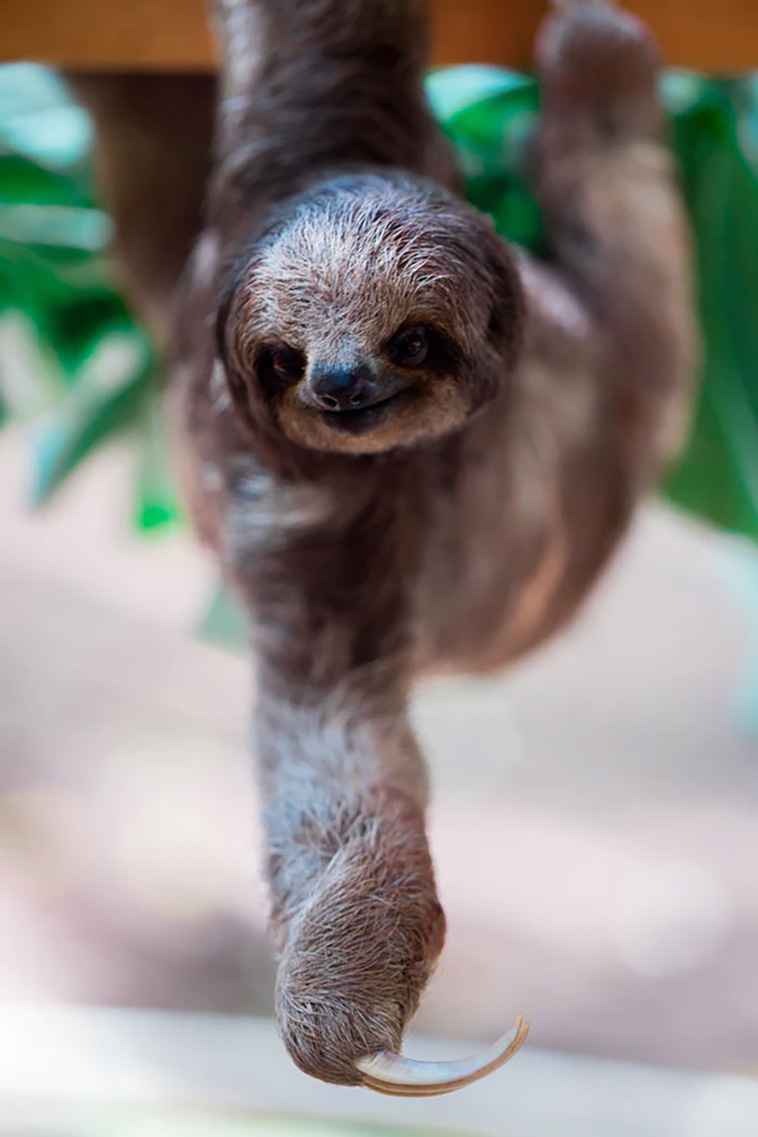 When I was little, my daddy owned an exotic pet shop in Texas. A college girl comes in and tells him that she needs a sloth so her sorority can win a contest they were having to get the weirdest animal.

My dad says, “No, you don’t want a sloth, it will destroy everything” but she insisted and said her daddy owned the city and would have him shut down if he didn’t get her the sloth. So he told her to come back the next day.

So he talked to a lawyer and they drew up a long agreement saying he wasn’t responsible for any damages, blah blah, and made her sign it and told her if she brought the sloth back, she’d have to pay shipping for it back to brazil or wherever it came from.

So the sloth comes in and the girls come get it, and they’re so excited, because they’re gonna win.

The next day, she comes in crying. It had shredded her clothes, carpets, wallpaper, beds, furniture, everything. She tried to get my dad’s shop to pay for the damages, tried not to pay the shipping going back, but she’d signed the contract. She tried to use her daddy about that, too, and mine said he could come down and see a copy of the agreement if he wanted. 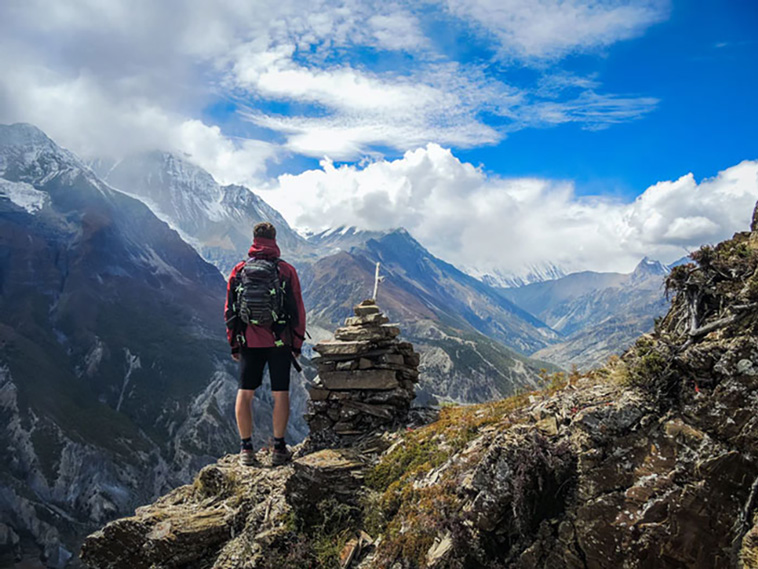 Somewhat distant relative spent all of his university years and twenties partying hard with the ~100-120K allowance his rich company owning father gave him each year. He’d travel the world each year going to Bali, Thailand, Europe, every year Oktoberfest, just rampaging.

At 32 or so he decided to settle an upscale ski resort area of the US and open a business with his hot gold digger fiance. When he went to transfer his money to his US bank account he noticed it only came to a few thousand dollars. He angrily asked the bank worker why she hadn’t transferred the entire amount only to be told that that was the entire amount. His father had cut him off without saying anything and he just hadn’t noticed.

Rich kid in high school whose parents bought him new cars every time he wrecked one, let him throw wild parties at their lake house etc.

He was asking why I didn’t show up to a particular party. You know, the whole “Don’t be a pussy” routine. I told him my parents had said no, I couldn’t go. He laughed and made a comment about my parents being overly strict. I just said earnestly, “Naw man, they’re not mean, they just care about me.”

He laughed, but I definitely saw a flash of understanding in his eyes before that. 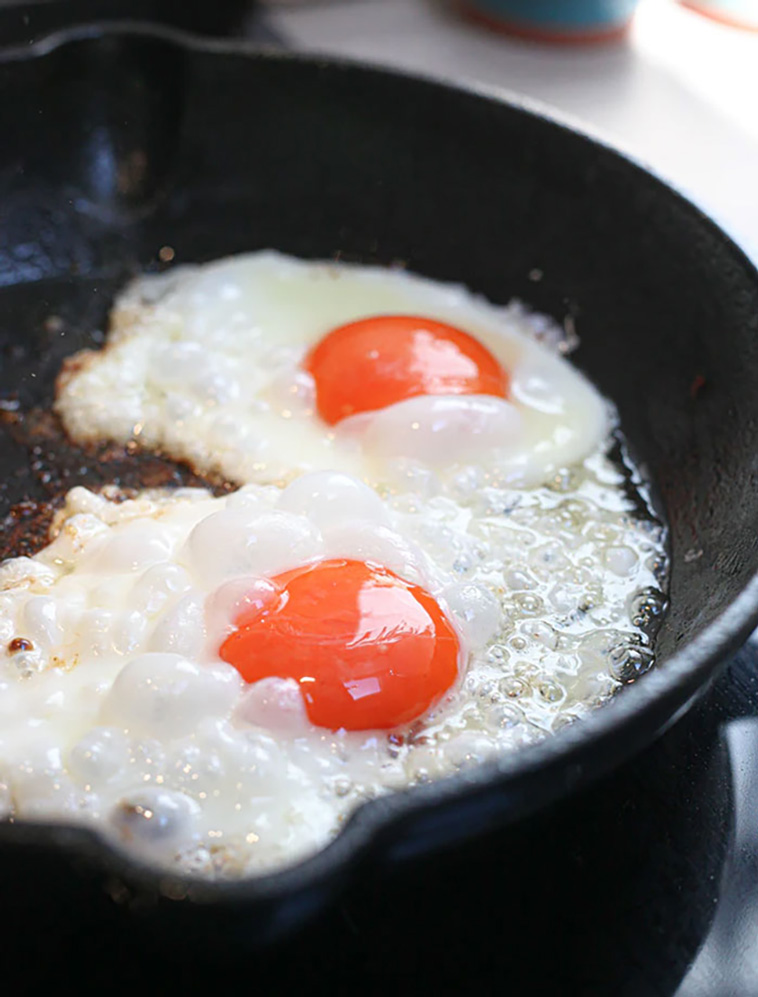 I had a roommate my freshman year of college that came from an incredibly rich oil family from the Middle East. I remember him having the hardest time adjusting to not having someone else prepare him food. I remember waking up one morning and going to the kitchen and seeing him try to eat eggs and toast he had just prepared himself. He asked me how I normally prepare fried eggs because his tasted really crunchy. Turns out he had just cracked the egg whole into the pan and prepared it shell and all. I couldn’t stop laughing but felt really bad for the dude. 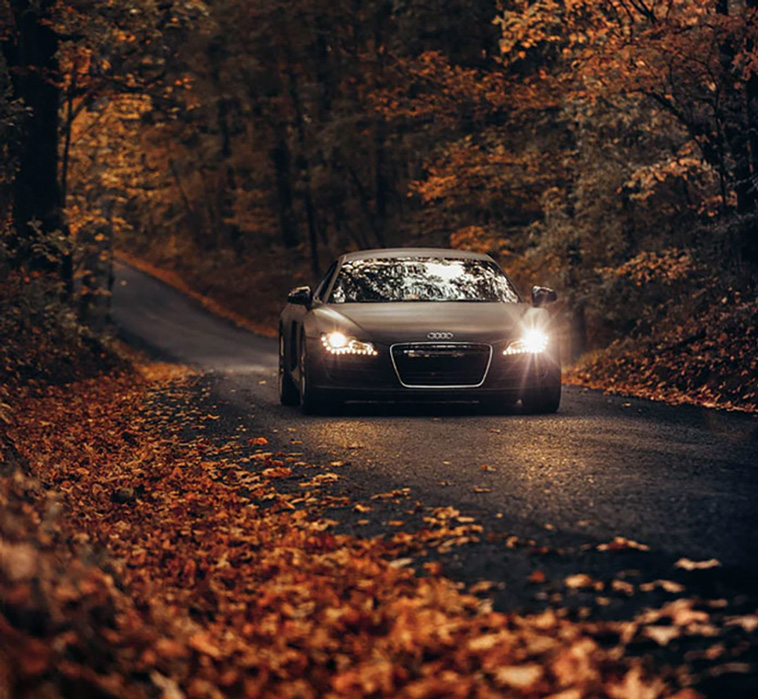 Friend of a friend totalled his brand new luxury car by driving 2-3x the speed limit drunk, plowed into some metal railings, and destroyed the front of several storefronts in a plaza. Fortunately this was the early hours of the morning and nobody was around to get hurt. He got out of his car and decided to just walk it off as he didn’t care about the several hundred thousand dollars that the car cost. Cops found him, arrested him, shocked pikachu face when he realized that you can’t bribe the cops as easily in Canada, got deported because he was on a student visa. 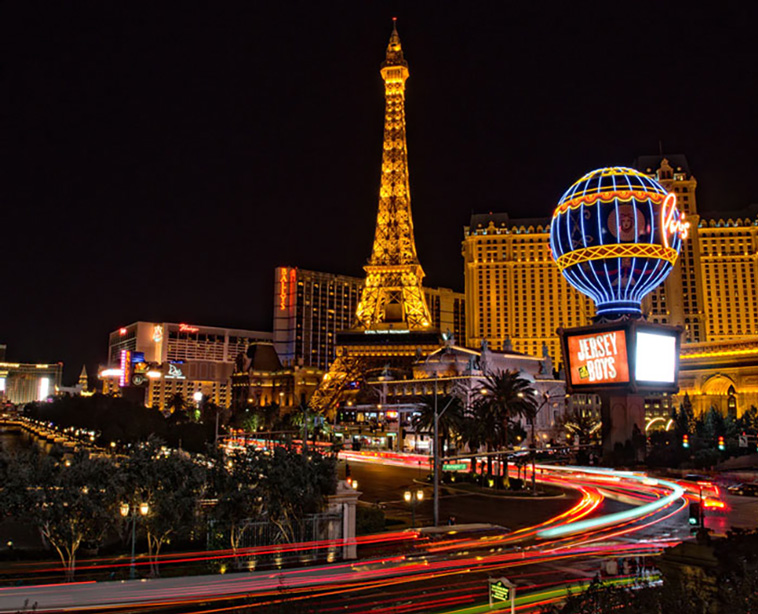 While working in a casino here in Las Vegas, a herd of girls came to my window, & one proceeded to tell me about her great birthday party itinerary that her dad had paid for. For her 18th birthday. With no adult in the party. Just a bunch of teenaged girls, out in Vegas.

Where none of them could do anything because none of them were 21. I couldn’t even check them into their reservation. They start yelling & screaming at me, I calmly call security – and security tells them they can either “go play in the arcade” or leave & try to find a hotel off the Strip that will take them in w/out being 21. The anger turns to tears, the security guard is unmoved. 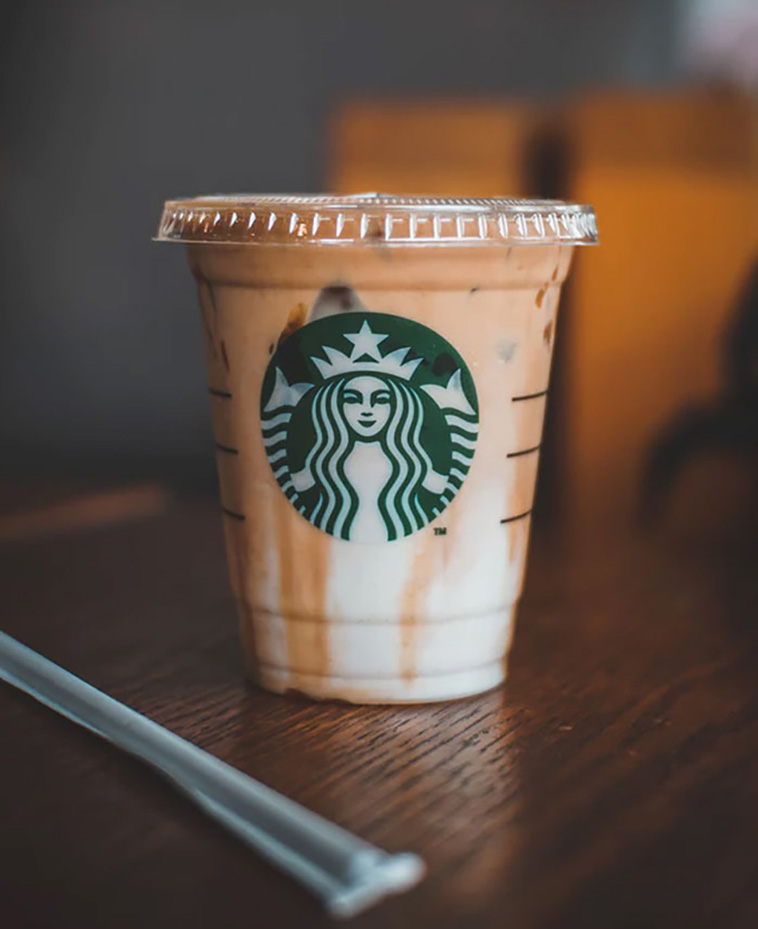 At a Starbucks and she thought apparently people gave her parents free drinks and such for her all these years. Like the cashier told her the total and she said, ” Wait I don’t get it for free?” She never realized her parents swiping their cards all those years was paying for her things I guess. 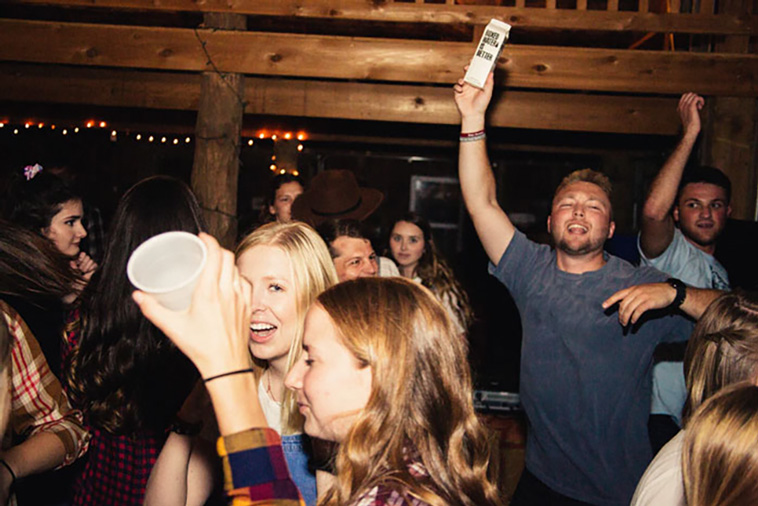 Rich scummy injury lawyer’s kid was in my class in HS. Goes to college (mid size school in the Midwest) and gets plastered drunk (parents bought him and his friends alcohol since freshman year so nothing new) and RA says he has to write him up for alcohol in the dorms. Punches 2 RAs, then gets cops called on him and knocks a cop’s tooth out. Long story short his parents have to drive back 6-7 hours after one day to get him and he’s not even allowed to leave the state until his hearing. Last I heard he’s working at a fast food establishment.