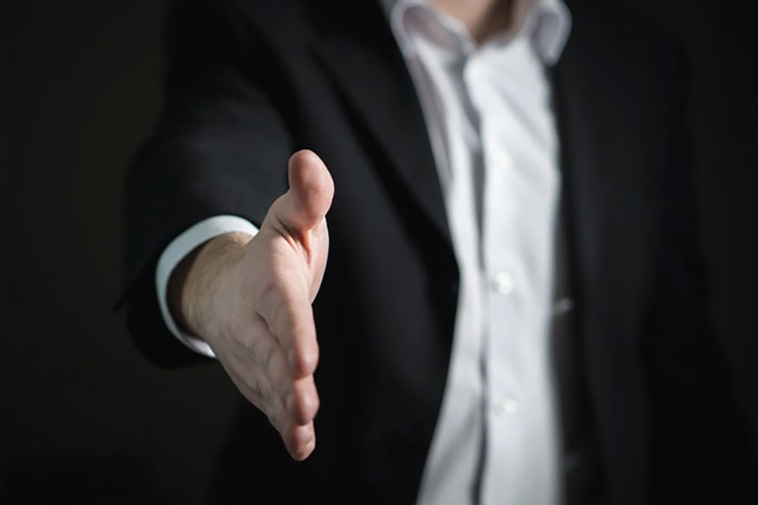 ‘Salesman’ for Kirby vacuums. First sale call was to a single elderly woman who was supporting her son in hospital (they got us in the door by offering a free carpet clean as a demonstration). The supervisor training me pushed and pushed to make the sale until this old woman was in tears. Just as she was about to sign the paperwork I asked if she actually wanted to vacuum and she said it was lovely but she couldn’t afford it. I took the paperwork away from her and said not to worry. Outside I told the supervisor I quit to which he replied I would’ve been fired anyway. No love lost. I hung around for half an hour playing on my phone to make sure the supervisor left because he was a real piece of work. 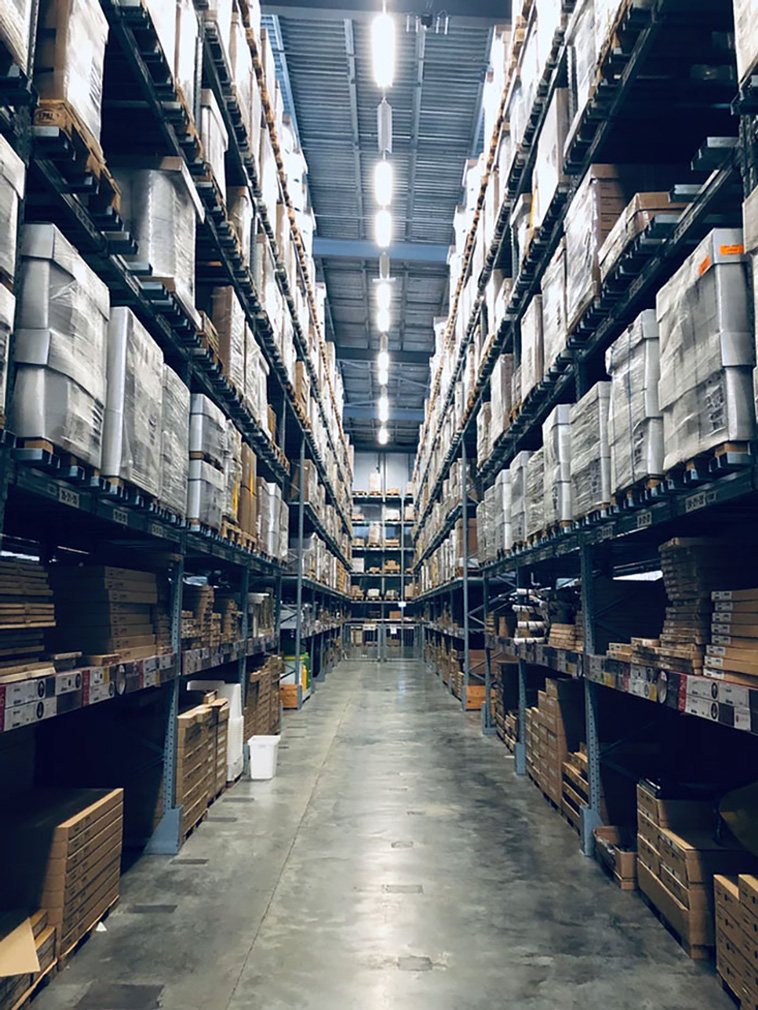 On the first day of working at Amazon warehouse the managers broke down to Everyone how a 15 minute break works there. Walking to the break room is 2 1/2 minutes. 10 minutes of actual break and then 2 1/2 minutes to go back to your stations. It took me 2 1/2 minutes to walk to my car and I took a forever break. 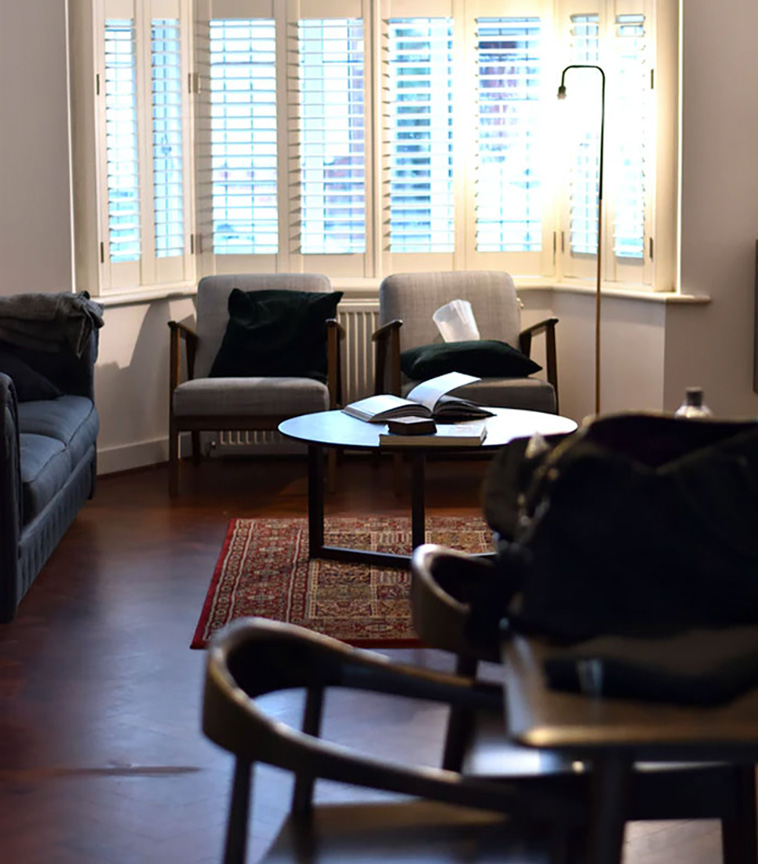 This is gonna get buried, but walking into an Alzheimer’s assisted living facility, and seeing my college philosophy professor (who was an inspiring individual for me and changed how l viewed things), sitting in a chair in the Day Room, drooling on himself. I checked with the Head on Duty, and yeah… It was him.

I avoided him as much as I could for the whole day, but when leaving, I told him that he inspired me and I probably wouldn’t ever see him again. He was far gone and asked about his slippers.

I left, sat in my car, had a smoke and cried. I didn’t go back and found another job. 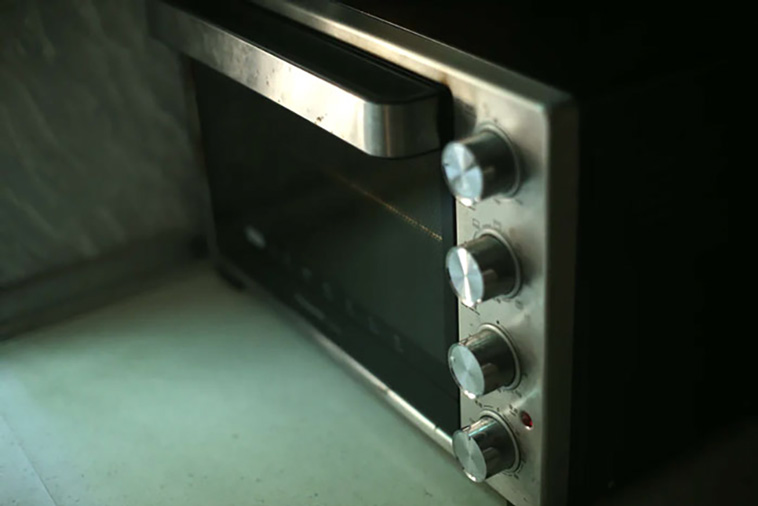 When the microwave in the lunch room was coin activated. 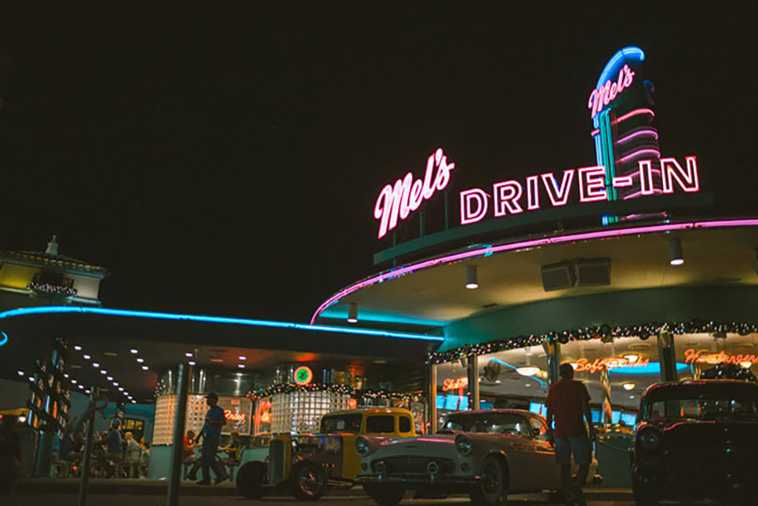 My very first job was at a little drive in restaurant close to my high school. I showed up to work the first day, the lady said I had to pay her $50 for training. She showed me around the place and said that my pay would be $4.50/hour as a carhop(this was in 2010), and all the tips I made went into a bucket with all the other girls’ tips. At the end of the night, she counted up tips, kept 20% for herself and split the rest up evenly among EVERY employee. Also, part of our job was one day a week we had to spend 4 hours cleaning her house. It seemed super shady.

I literally left after listening to her go over all these rules. My dad was pissed until I explained, and another girl confirmed and my dad agreed I did the right thing. 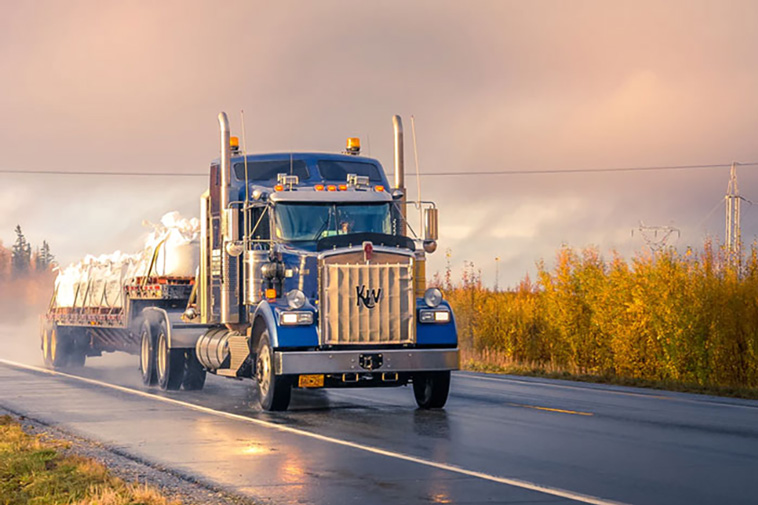 I went into orientation for a new job as truck driver. Obviously you know you will be away from home but this was shi*ty.

You only work 6 out of 7 days. So 4 of those days you just sit at the truck stop unable to move. And not getting paid.

Can’t bring a pet of any type.

So I would only be home 18 days a year. On the road for 347 days a year, and unpaid for 52 of them. The no pets rule was the final straw for me. I will not be out 30 days alone with no little friend to keep me sane.

I noped out of there. 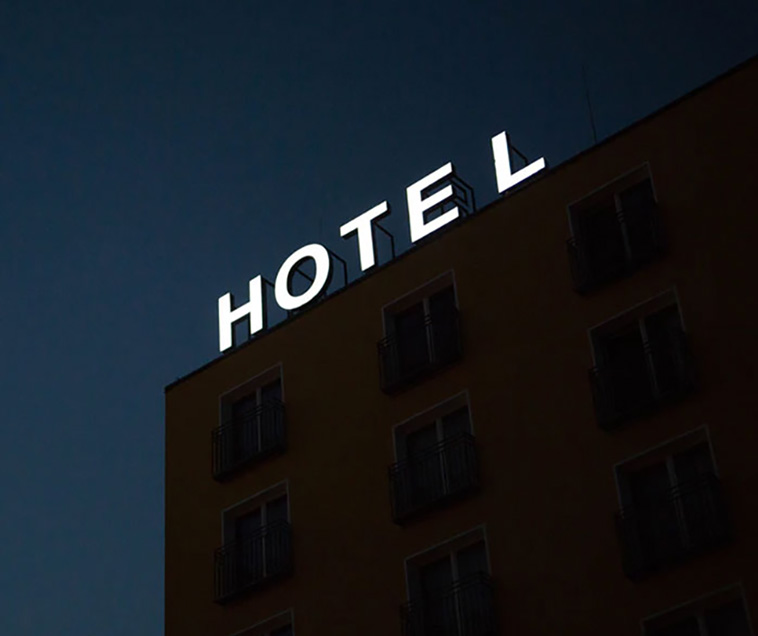 Worked in a hotel for a day.

No one told me where anything was. Got chewed out for it.

Guests enjoying their meals told me to pay no mind/I was doing a good job and that my boss is a c**t.

I told the manager that I was quitting and wouldn’t be doing the next shift.

I arrived the next day, returning a work uniform and my supervisor approached me and yelled at me for being late. I told her I already quit but if i was working, technically I was 5 hours early for my shift. 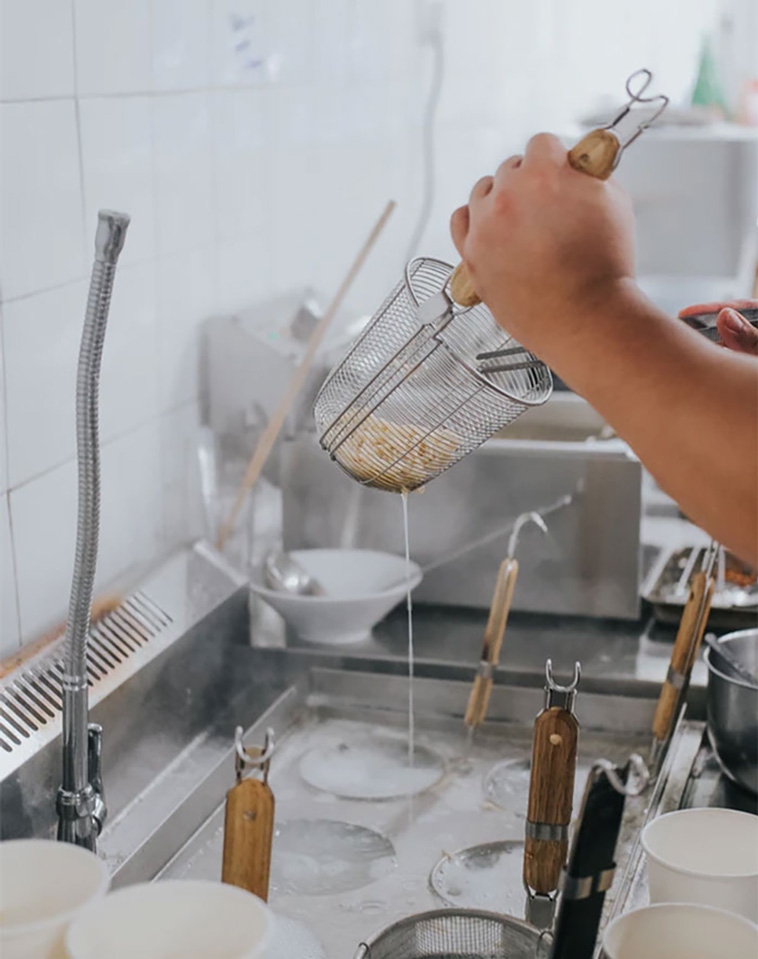 I was hired at a chain restaurant to be a hostess. I was so excited because my last job was washing dishes and because of my eczema, I had to quit. It was too painful to do that job. So, I arrived at my new job dressed up to be a hostess and those mfers took me back to the kitchen to do dishes because the dishwasher just quit. I noped out of there real fast! 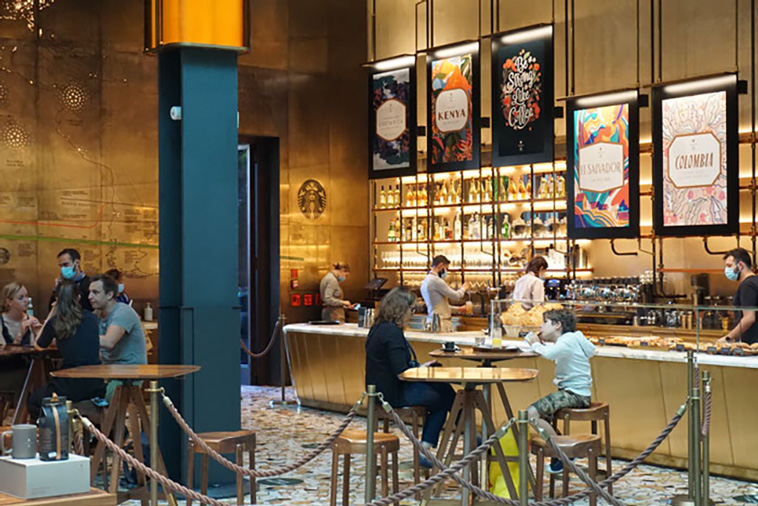 I was a cashier at this cafeteria for a large company in my town. The people that worked at the company would put their tips in a bucket and the people made a lot of money so there was like 10s and 20s. The manager of the cafe wouldn’t let me have any of tips because she said that cashiers couldn’t be trusted so she would ship the tip money to a church in El Paso. I immediately knew that this was a load of bullsh*t and I just never went back. It’s also illegal (I think) to collect money for one thing but do something else with it without disclosing who/what it is for. 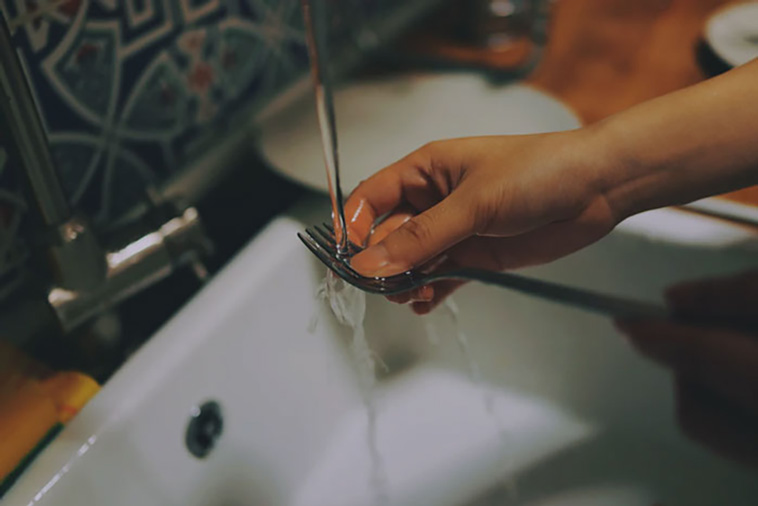 Applied for a job at my longtime favorite restaurant(celebrated my birthday there every year).

Owner asks me to come in for basically a try out, as I communicated i was looking at other job possibilities. I come in and they just stick me on dishwashing for an hour, no biggie. Then there dishwasher doesnt show up, so the kitchen manager asks me to stay one for their lunch rush, saya I’ll get paid for the hours. I do, kitchen staff was nice so I was happy to help out even though i figured i’d be taking a different job. I fill out a time card at the end of the shift and tell the manager I probably wouldnt be back, he understands and thanks me for the help.

Fast forward a couple weeks and he tells me to email the owner after I ask him if i should pick up my measly paycheck. I do, she basically tells me to f**k off over text. Tells me it was “staging” and that she told me i wouldnt be paid, I respond that I understand that but that I stayed an extra 3 hours which I WAS told i’d be paid for. She stops responding, I decide I want to be petty over the 40 bucks so I get the statw labor department involved, dude goes in there and makes her pay me for the hours including the first “staging” hour. Couple weeks later I got my 40 bucks, never went back to that restaurant.

Firstly, “petty” is not how I see it two years later. Im VERY glad I did this and sharing the story with others in my city I learned this practice was very common with local restaurants. Hopefully others learned to stand up for their labor too from my small experience.

Secondly, this restaurant closed down a couple weeks after I got that paycheck. The owner made a long winded complaint on the FB page about how the food culture had “changed” in the city and her restaurant didnt fit in anymore (total bullsh*t, they were ALWAYS popular. Most people theorized the terrible mismanagement and employee abuse had caught up to her).