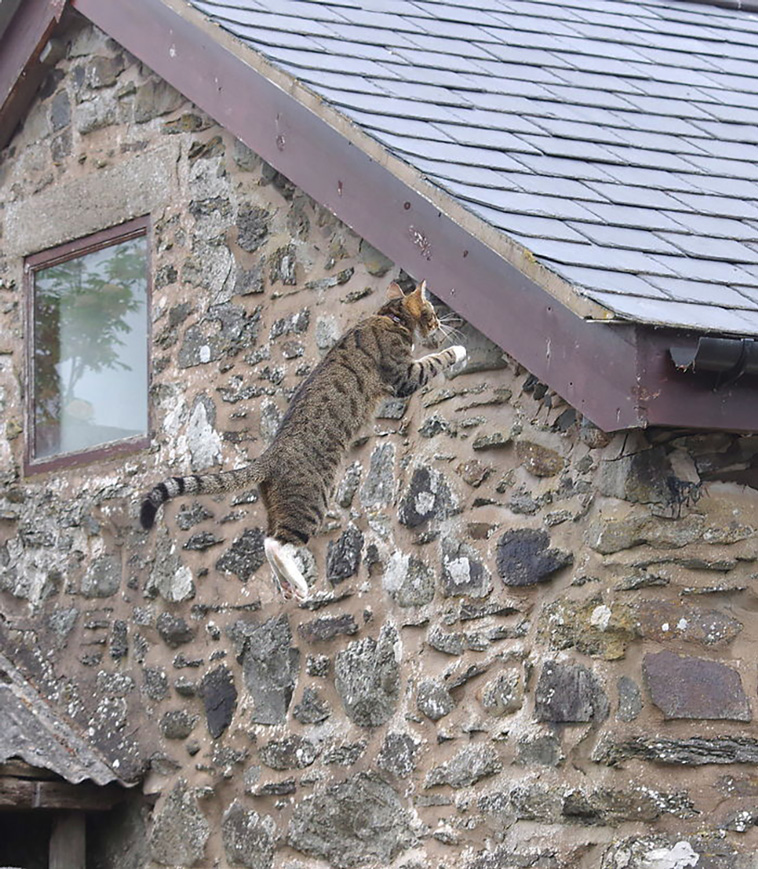 After moving to a cottage in a quiet rural location, as soon as we let Edmund outside he started climbing onto the outbuildings around the cottage. He realised that they were close enough together to allow him to jump from one to another until he reached the highest. Not for the first time, I had to watch him risk life and limb while he thoroughly enjoyed himself. 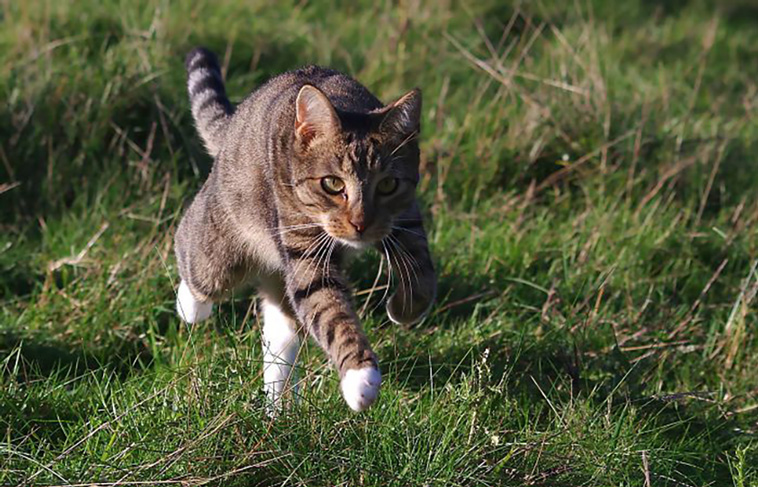 Most of our cats have not been keen on wide-open spaces, with Baldrick in particular liking to lurk in the undergrowth, but Edmund took to the field like a cheetah on the savannah. He would “hide” behind small tufts of grass and then set off across the field at speed and a fair speed it was too. We often wondered if Edmund had a bit of Savannah, Bengal or something more exotic (possibly alien) in his DNA, as he was certainly not an average moggy. 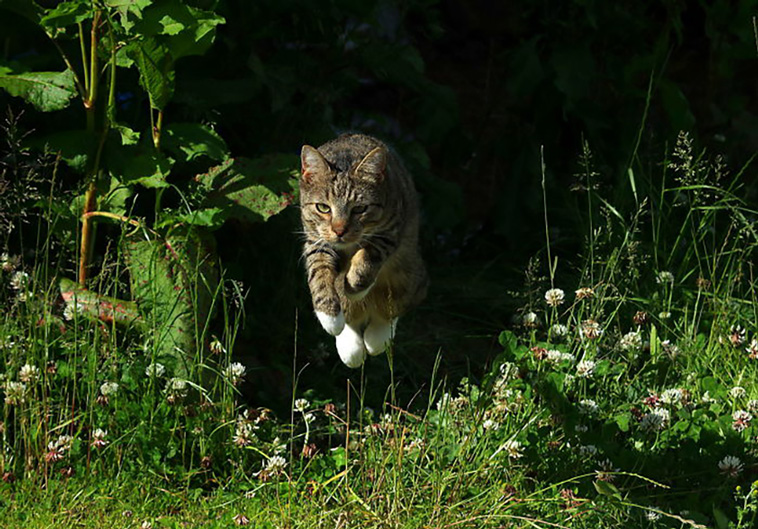 Edmund soon discovered the woodland on the far side of the field, and would happily climb large trees as well as vanishing inside a hollowed-out tree trunk that he would emerge from several minutes later after his travels in the underworld. It was scary to watch him in action, but he had such a lust for life and was a real force of nature. He would chase pheasants in the woods, and every now and then came close to catching one. I had visions of one day seeing him flying across the field sat on the back of a pheasant and wouldn’t really have been surprised. 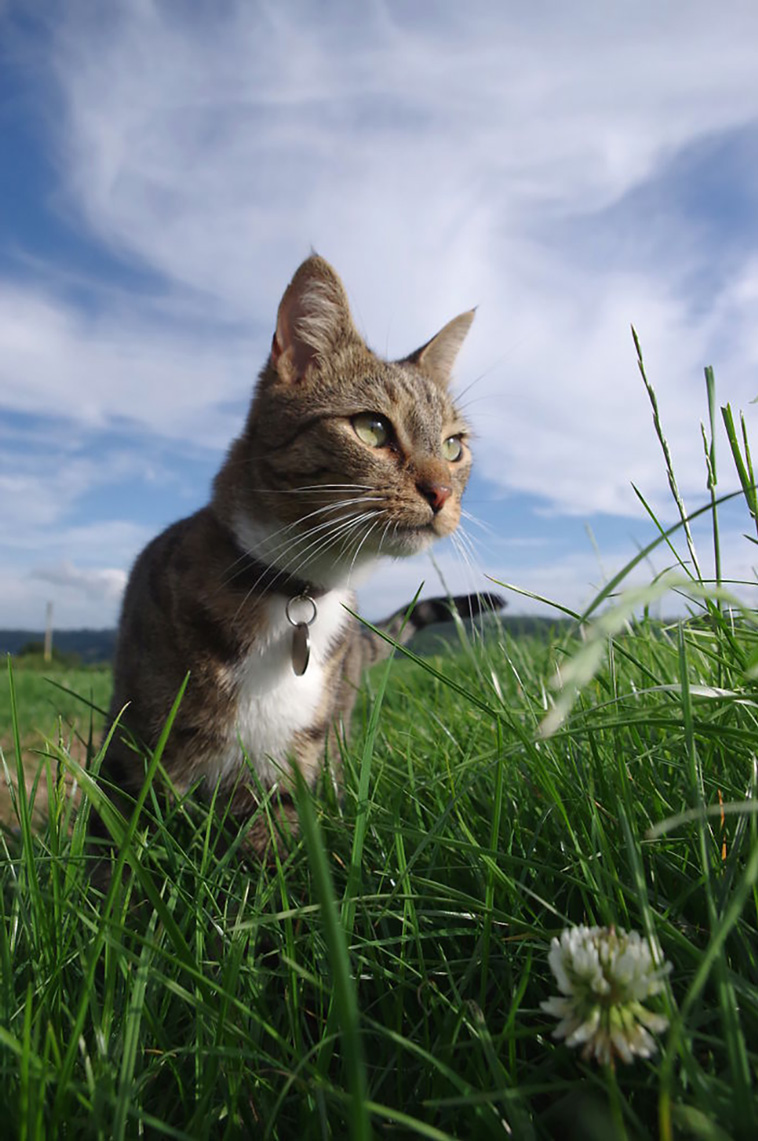 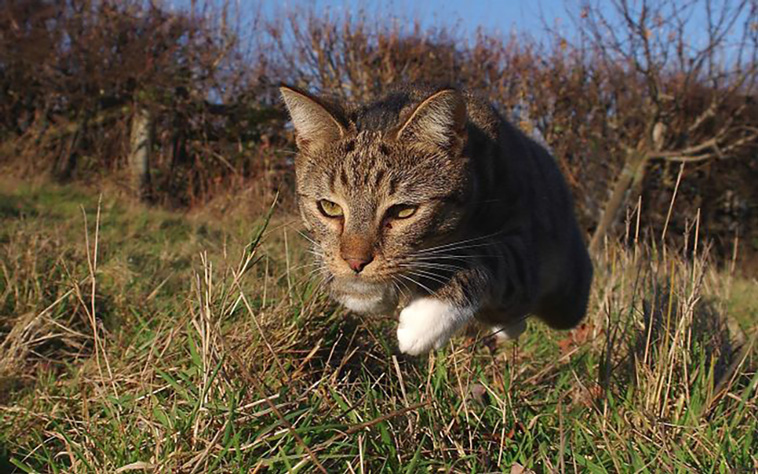 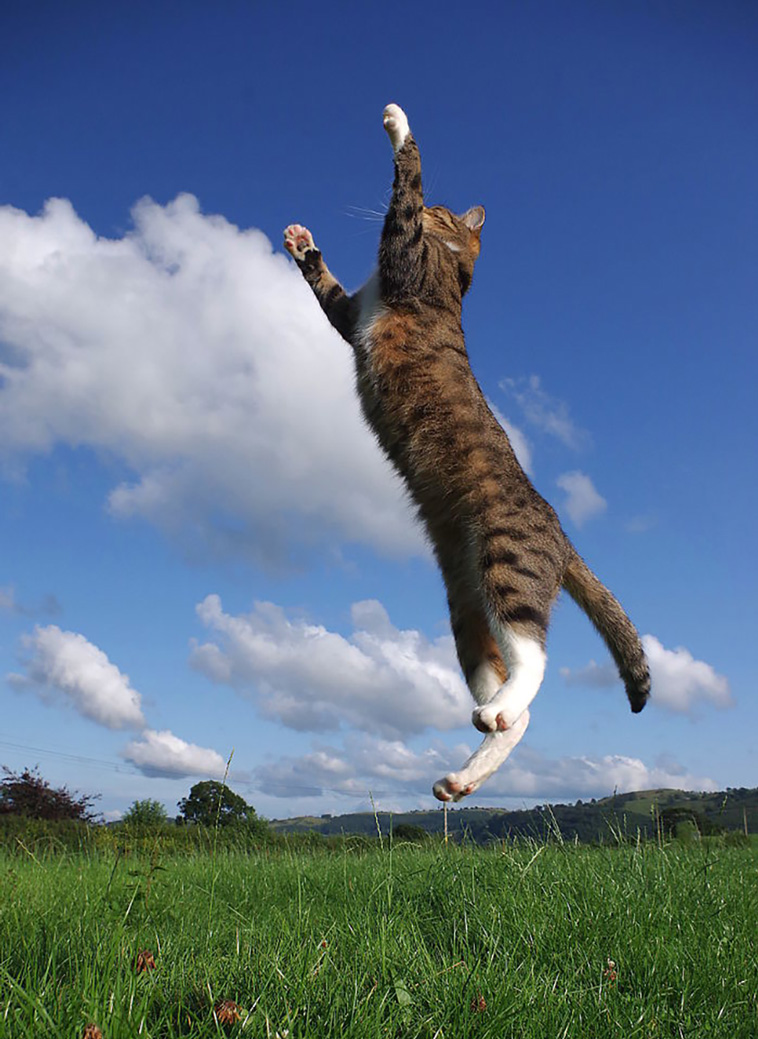 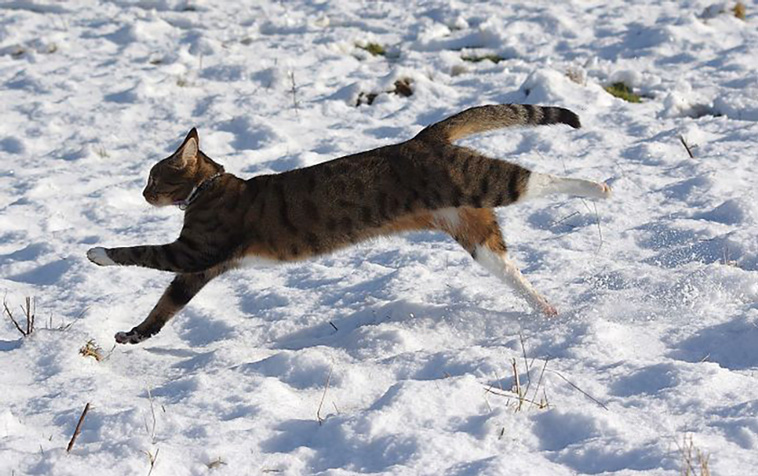 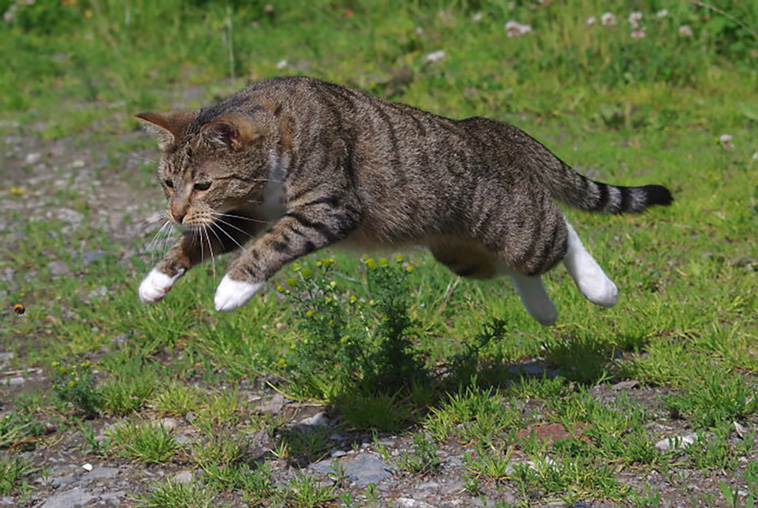 Edmund would chase butterflies and bumblebees and catch them under his paw then look totally confused when he lifted his paw and they would fly away. He loved chasing things but never developed a killer instinct. 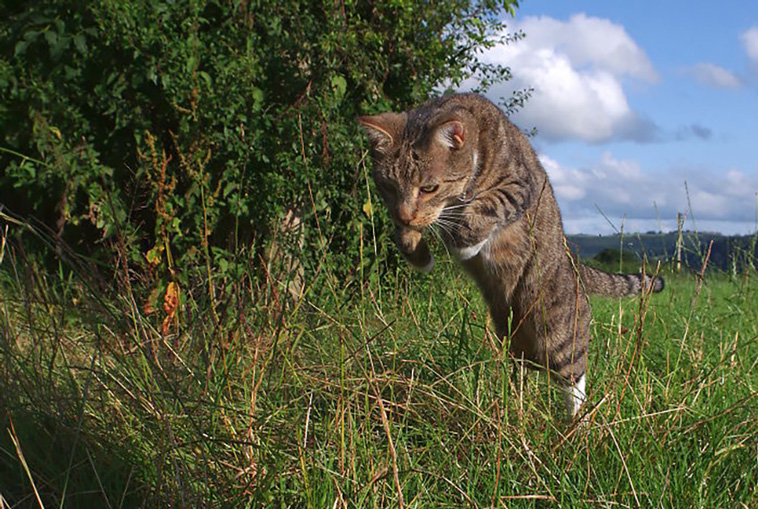