A person shared his little cat Edmund’s photos while Edmund in different poses. Photos of The Cat Edmund will amuse you with its cuteness. Here are 40 photos of Edmund with some notes under photos by its owner. 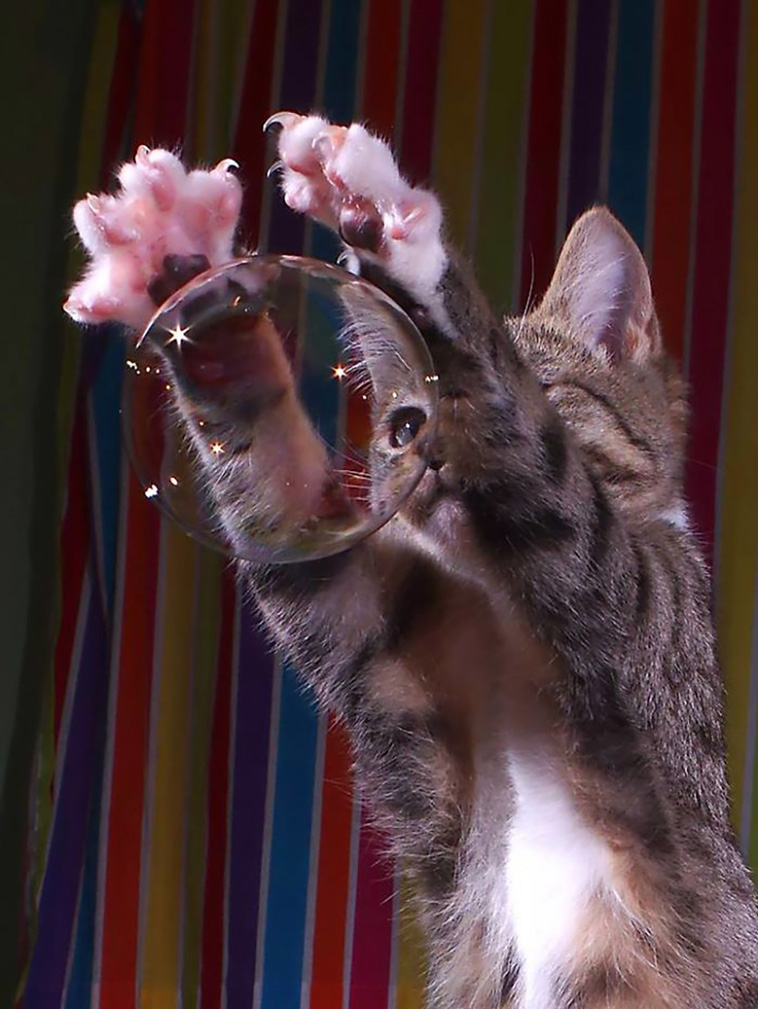 All of the other cats we have known have hated soap bubbles even ones with catnip mixed in, but Edmund loved them. He would leap and chase them all around the room but could never understand why he never managed to catch one. This just seemed to make him more determined with each new attack. 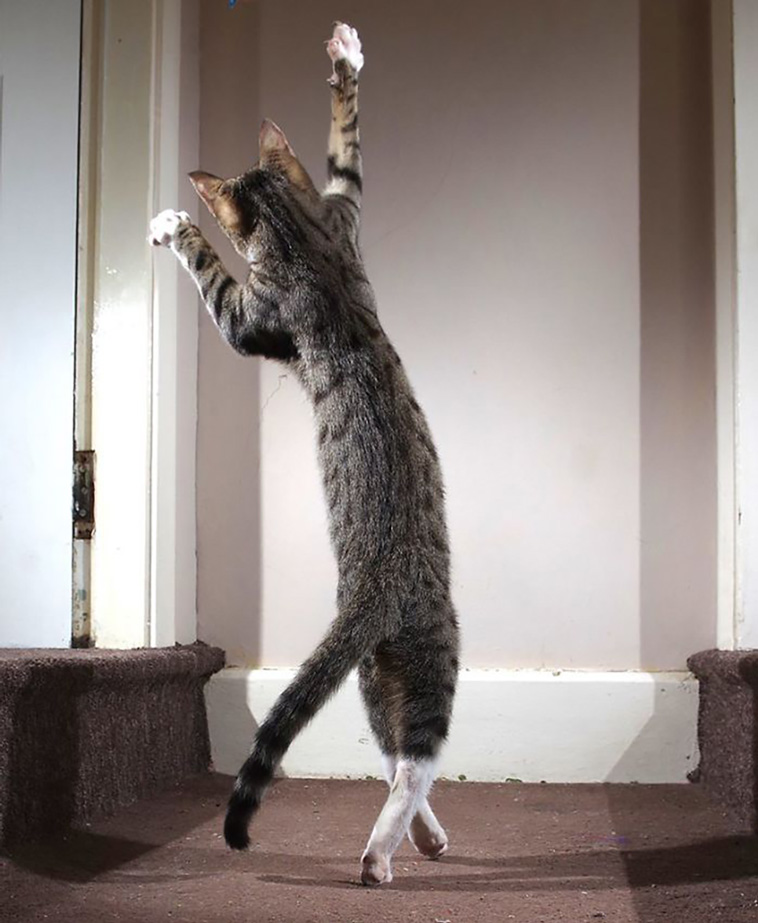 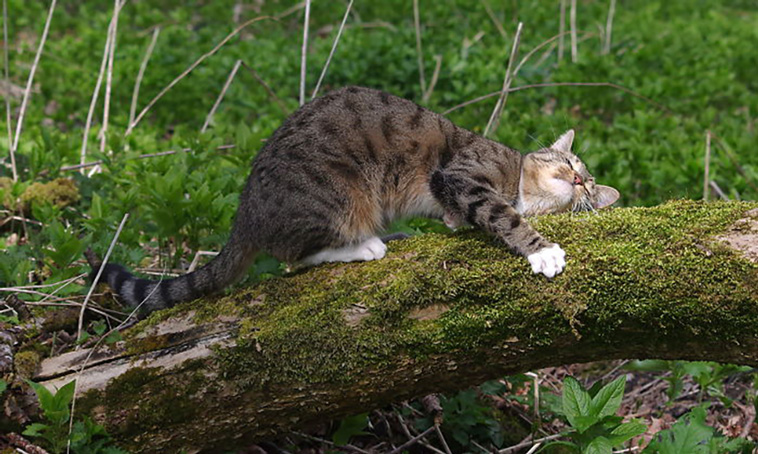 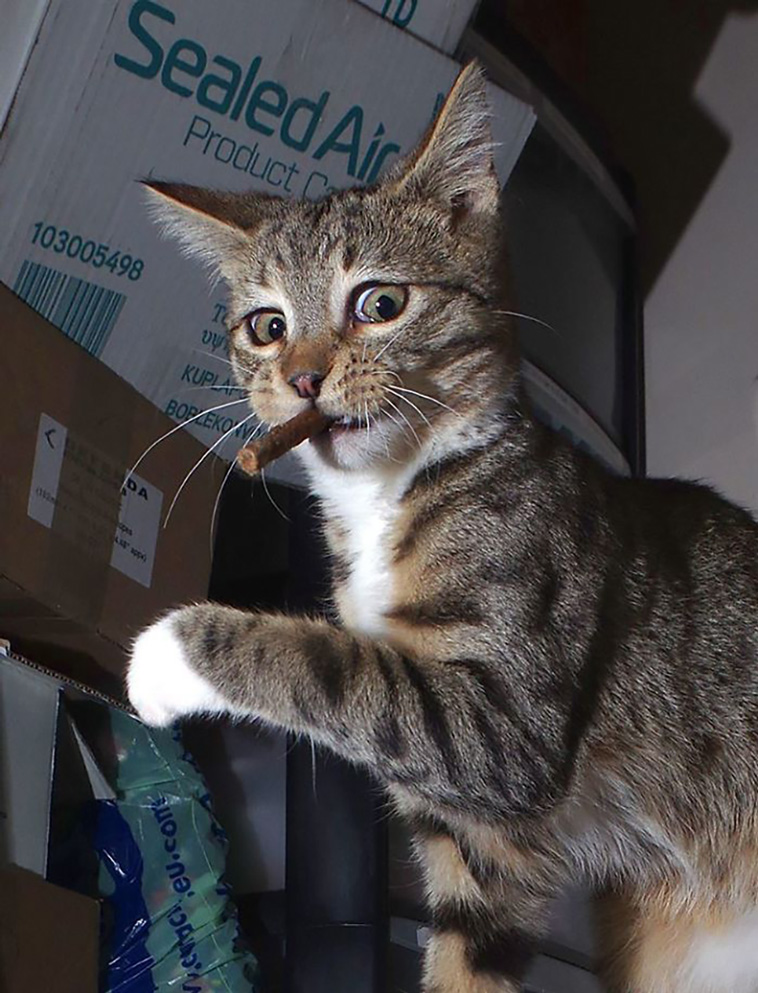 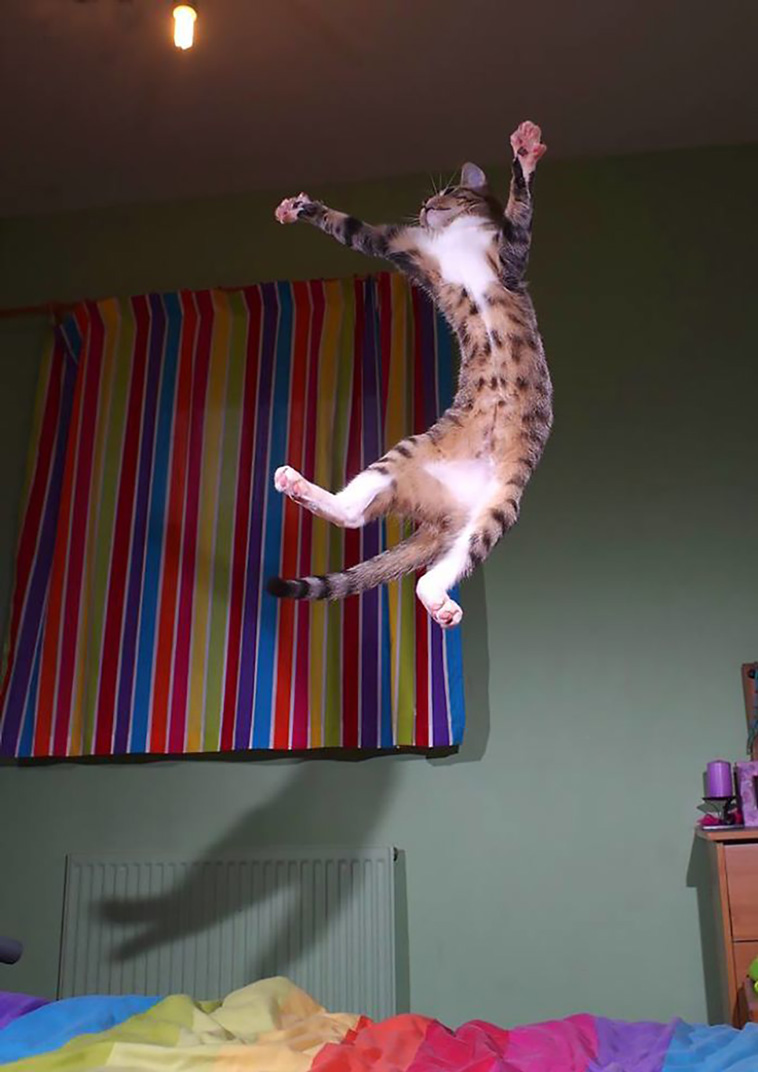 Edmund would bounce all around the bedroom for hours chasing toys, and it soon became apparent that his jumping abilities were beyond those for an ordinary cat. Baldrick had jumped around quite a lot, but he was positively earthbound compared to Edmund. As he grew, Edmund could jump about six feet straight up or eight feet sideways from a standing start and without much apparent effort. As Edmund grew up, we decided to move somewhere with more open space for him to run around in. He was built like a miniature cheetah and really needed a field to run in. We managed to find a mobile home next to a field and some woodland. It was just outside a village and seemed like the ideal location for Edmund and Melchett. 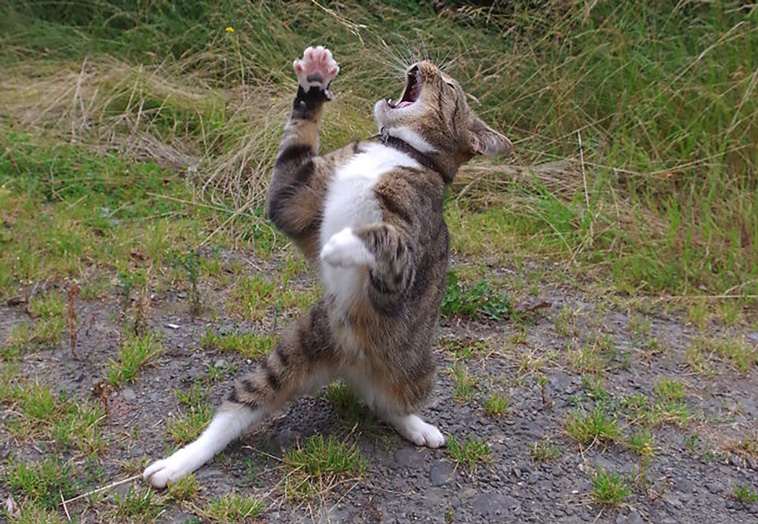 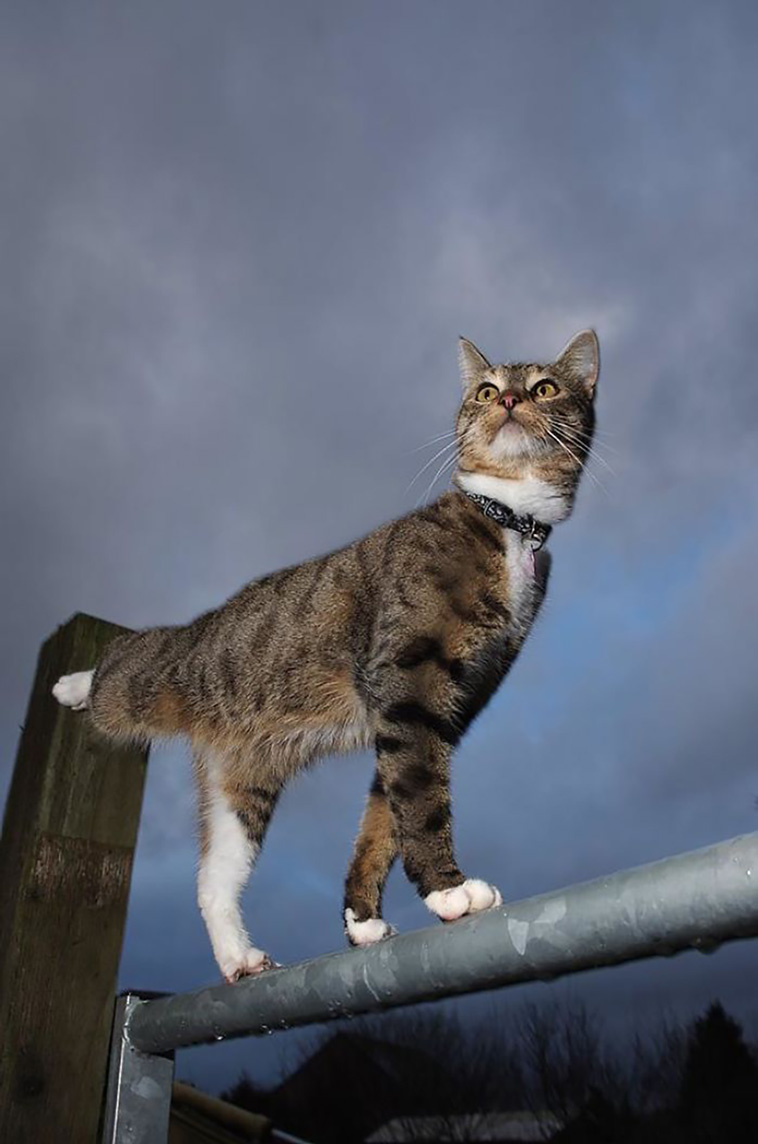 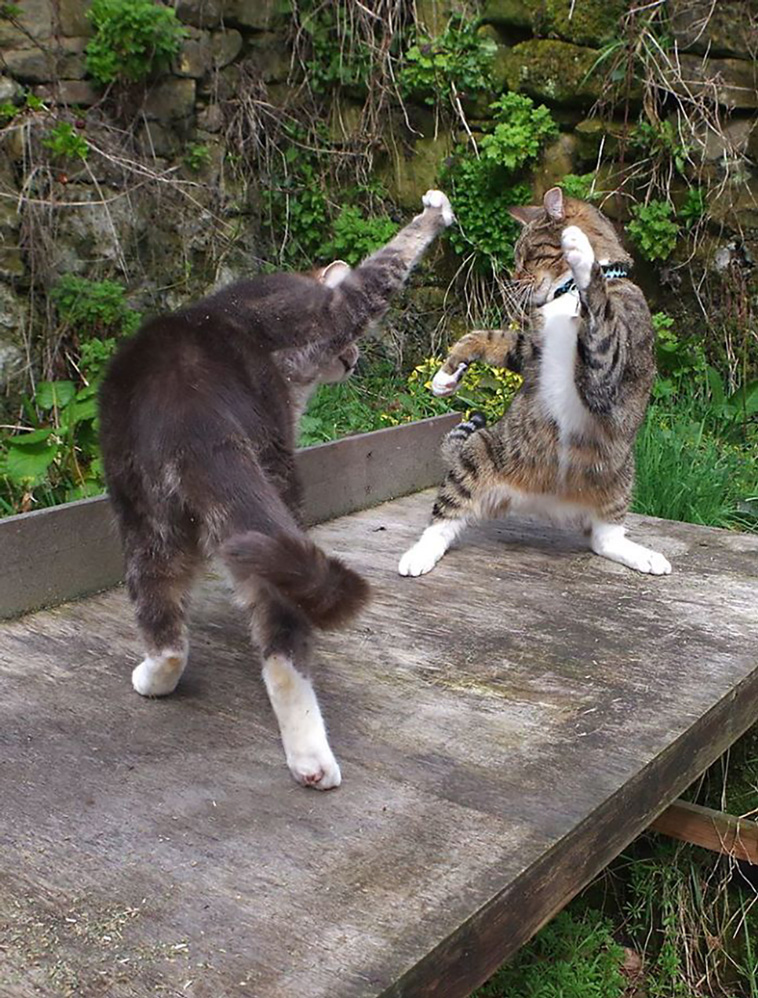 Our other cat Melchett wasn’t overly impressed with the new addition to the family. Edmund decided early on that Melchett was entertainment and would jump on him at every opportunity. Melchett is usually fairly peace-loving but his patience was worn very thin. 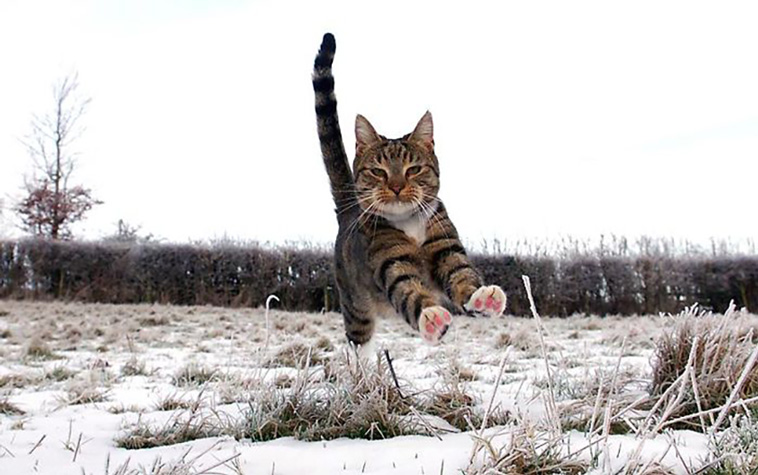 We had one snowfall during our time in the caravan, and Edmund made the most of it. He ran, jumped and skidded all over the field and seemed even less likely than usual to stay still.