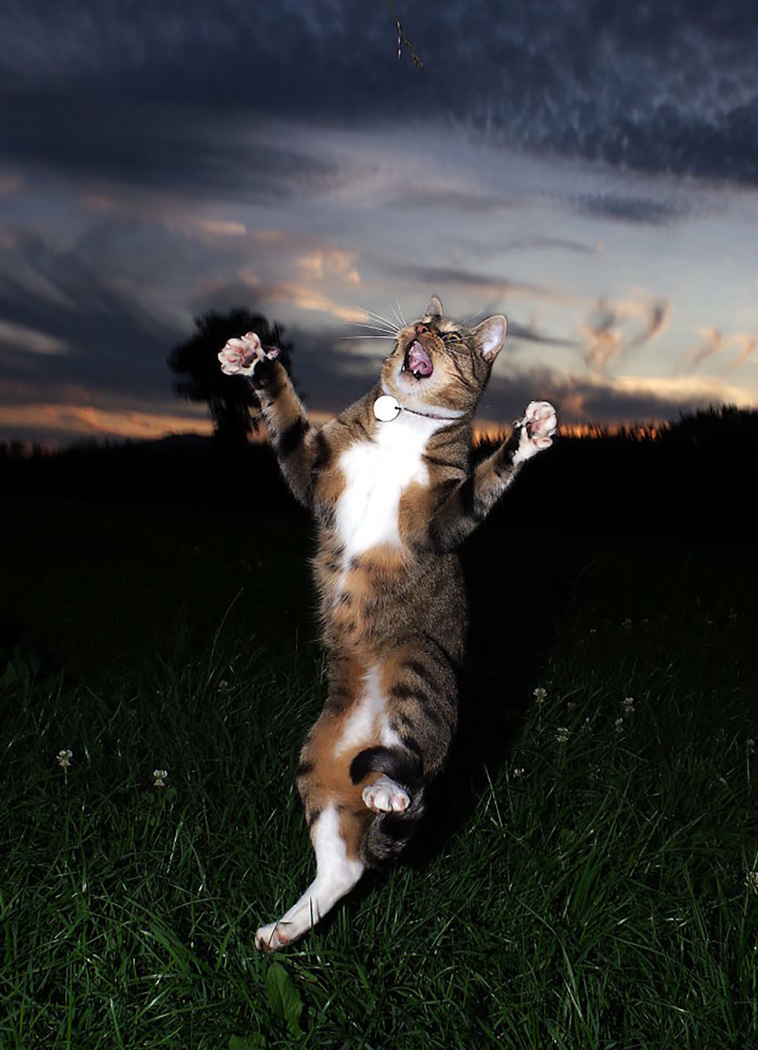 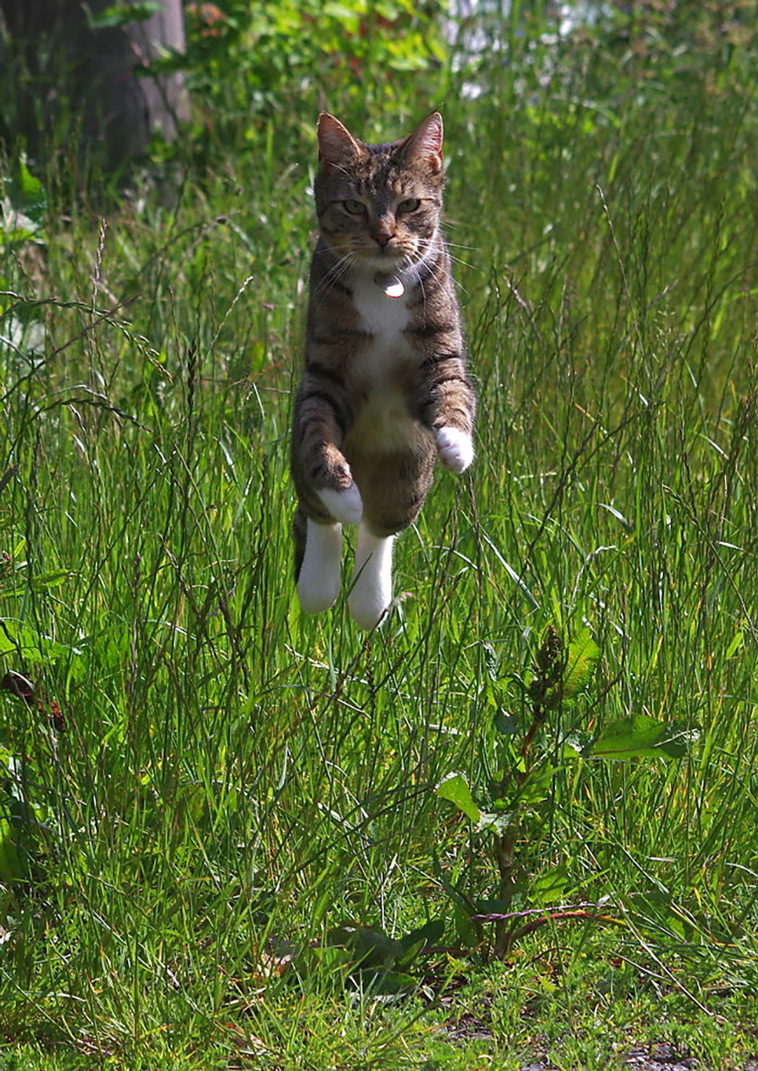 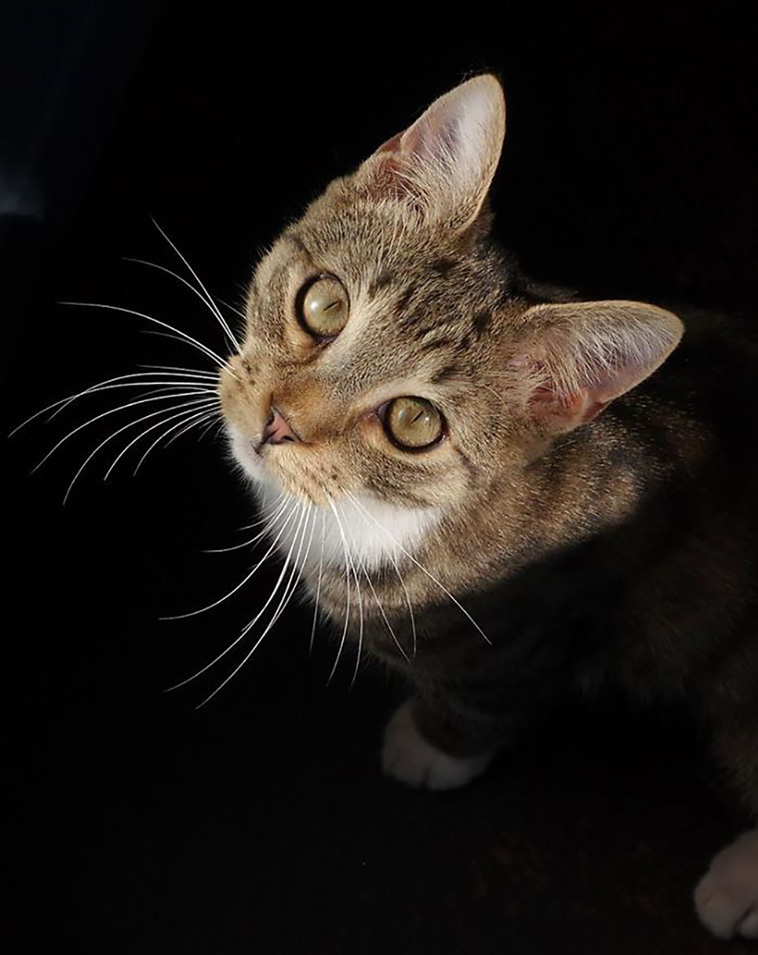 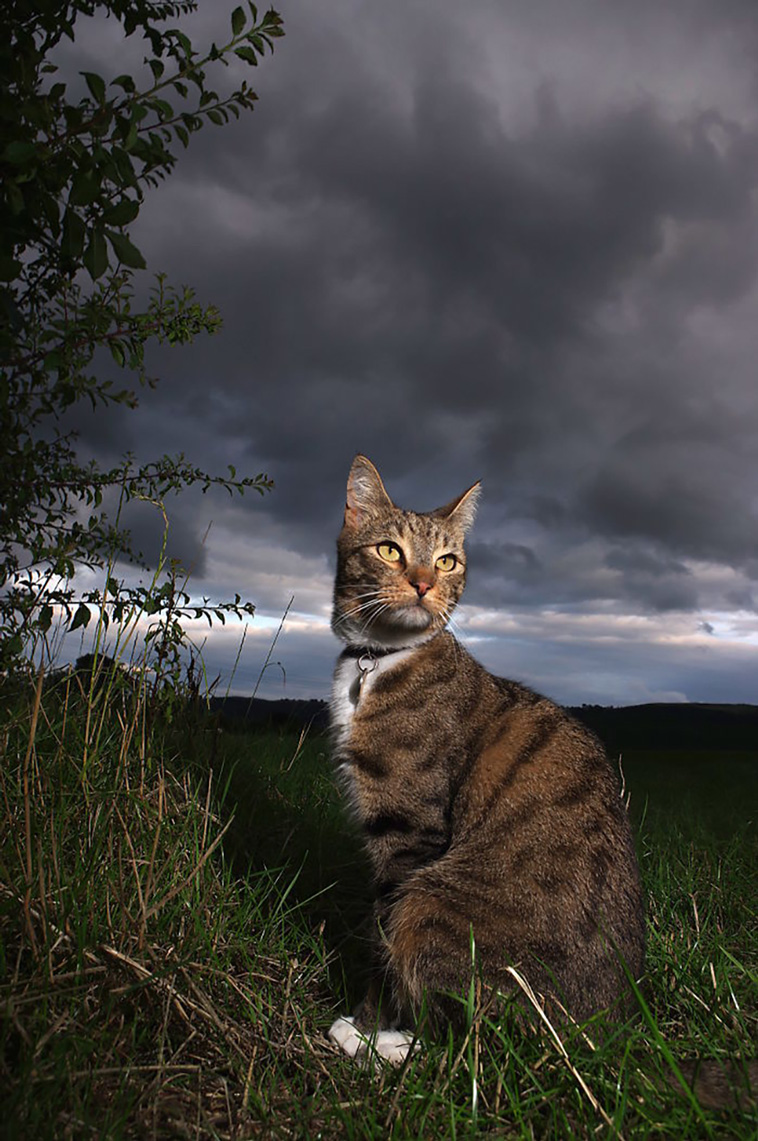 Since we lost Edmund, Melchett has done his best to keep the spirit of Edmund alive. He has been playing with toys that he hasn’t looked at for years, running up and down the stairs, and sitting halfway up the stairs at the spot where Edmund used to sit and watch us in the living room. But at heart Melchett realizes that he is destined to be the unappreciated sidekick, like Alfred with Batman, Penny with Inspector Gadget, Teller with Penn, Wise with Morecambe, or Crosby with Hope. He doesn’t really seek to be in the limelight, and in time we will probably be adopted by another cat or two. They won’t replace Edmund, just as Edmund didn’t replace Baldrick, but hopefully they will get to experience some of the joy that Edmund found in his short life, and maybe set an example for the rest of us. 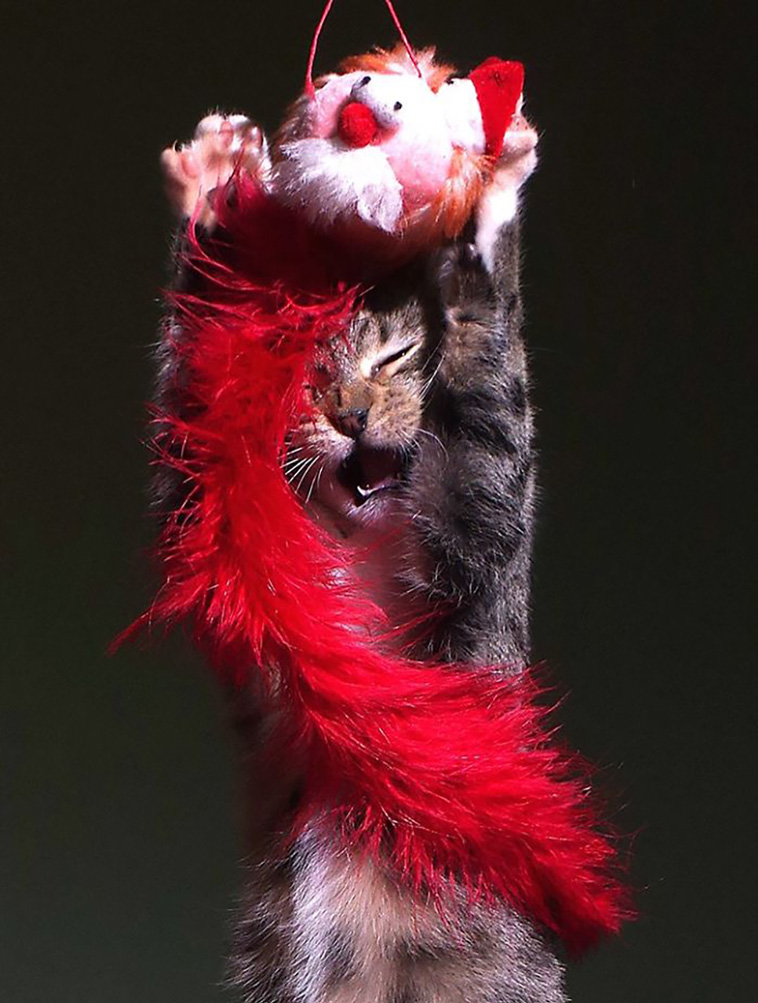 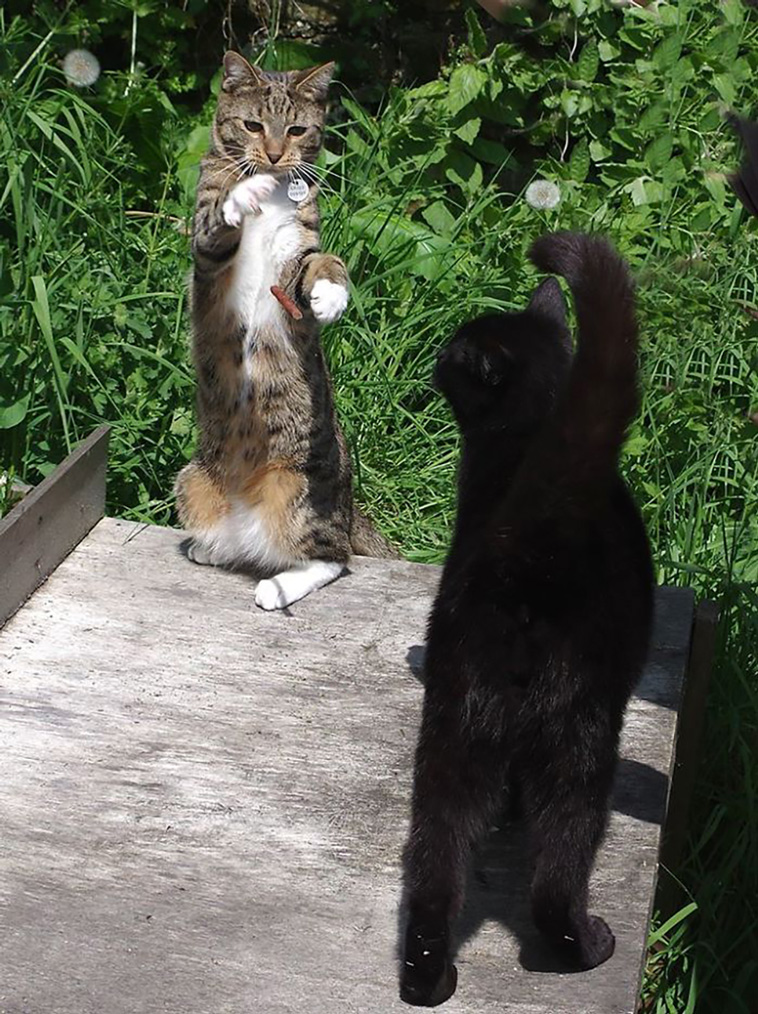 A neighbouring cat, Bob and Edmund soon became best friends and would chase each other up and down the garden. Parts of the garden were vertical, so they literally chased each other up and down at terrifying speed and apparently little thought for the dangers involved. At the end of each chase there would be a big “fight” that involved lots of rolling around and all sorts of facial expressions but little real violence apart from when Edmund sometimes got a little carried away. Bob would soon let him know that he had overstepped the mark and then normal service would be resumed. 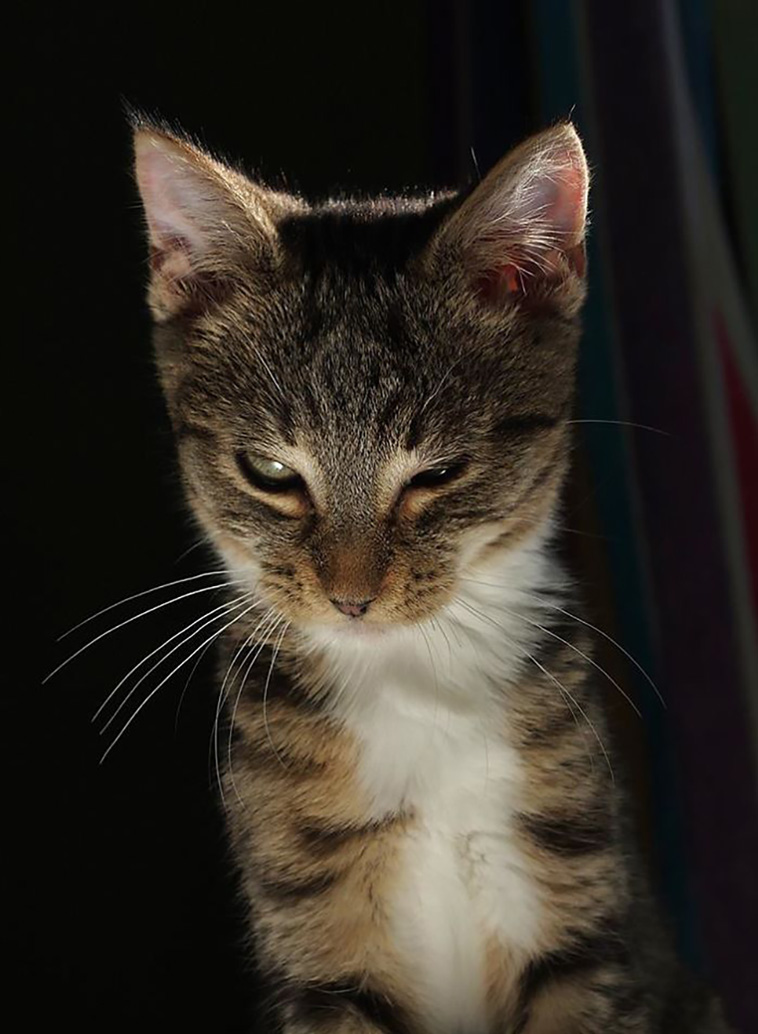 It became quickly apparent that Edmund was smarter than the average cat. Most of our cats were at the back of the queue when brains were being handed out, but Edmund could open cupboards, drawers, and treat containers with ease especially if there was catnip inside. We bought him a treat tower which was supposed to provide hours of stimulation for a cat to work out how to get the treats out but Edmund treated it as a vending machine and flicked the treats out without a second thought. We once made the mistake of leaving our rent money in a drawer that had had catnip in it and came home to find Edmund chewing on a bunch of twenty-pound notes that he had removed from the drawer. 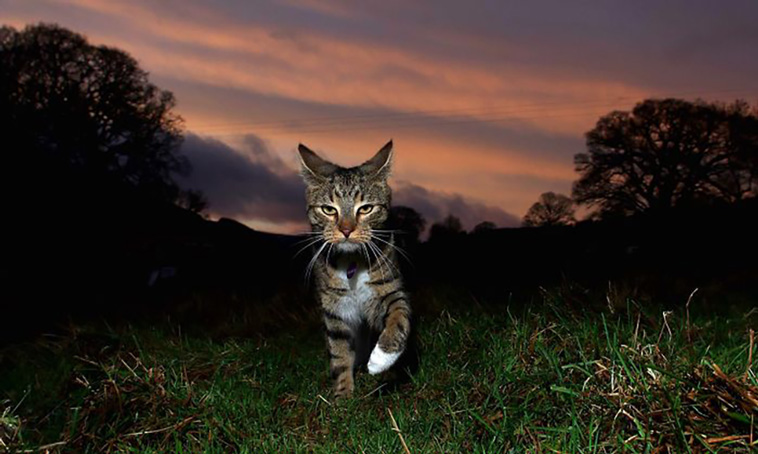 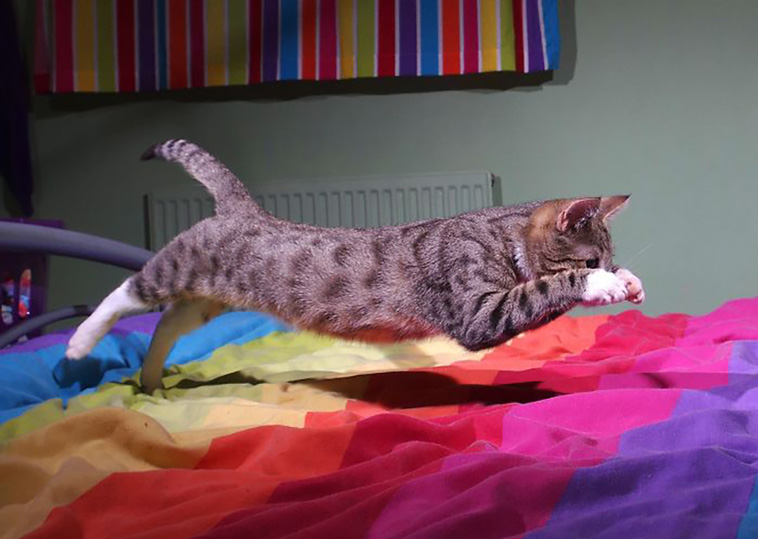 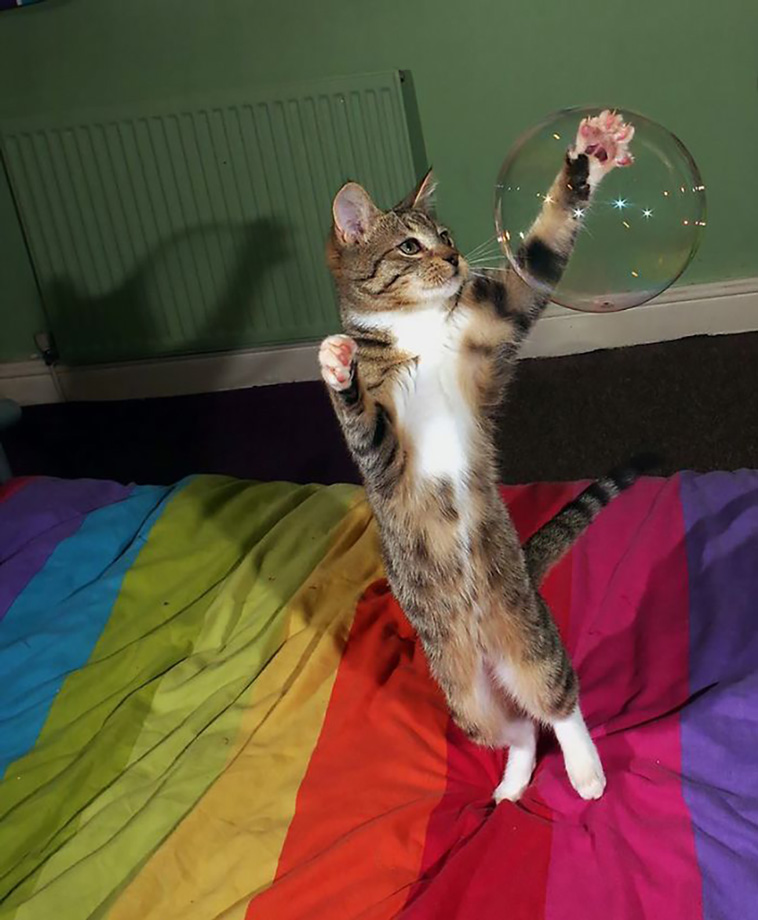