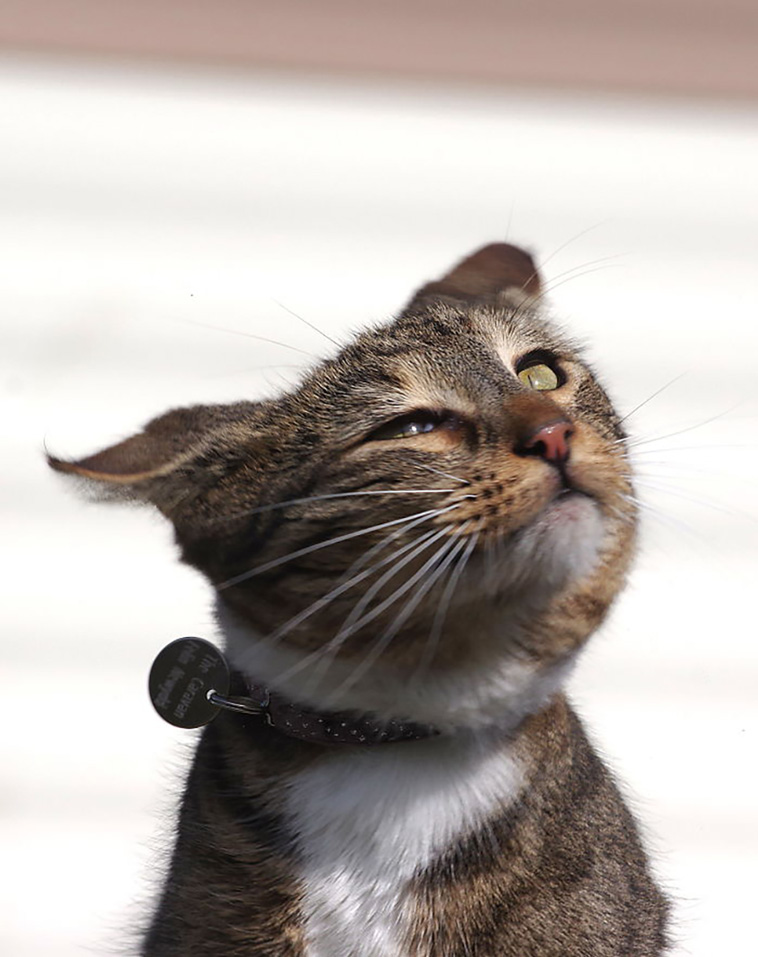 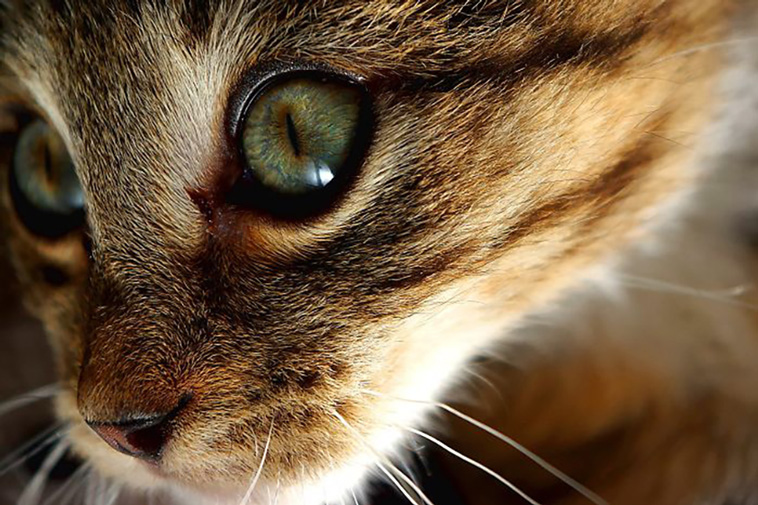 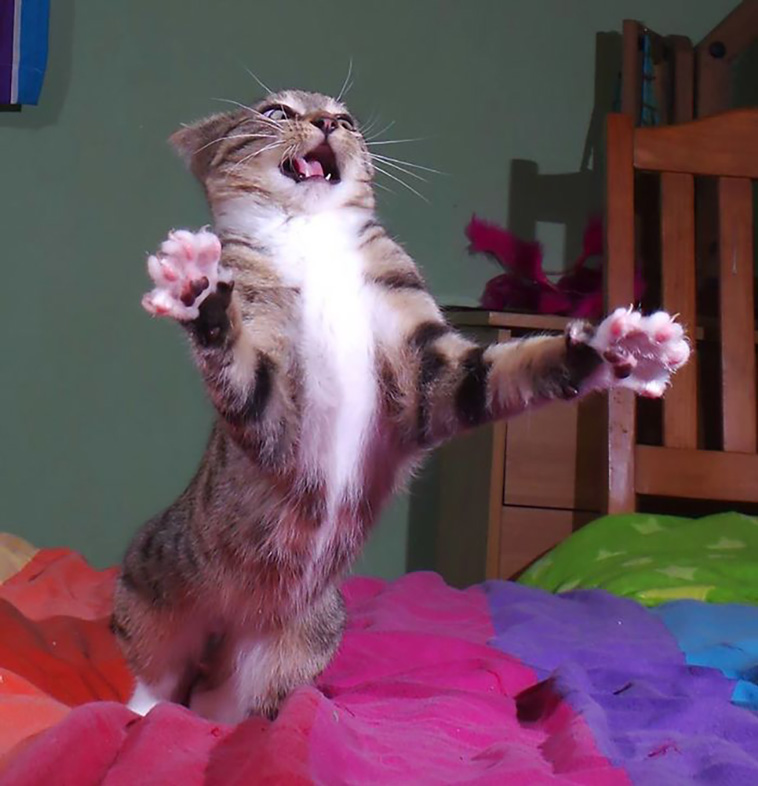 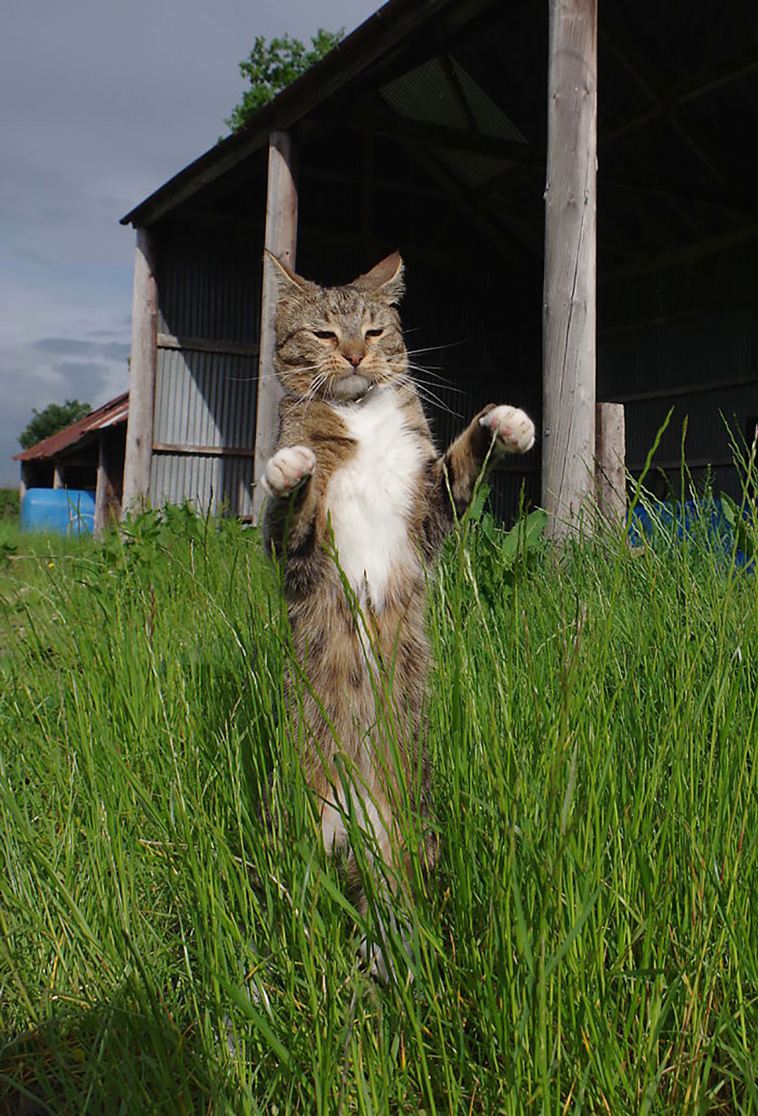 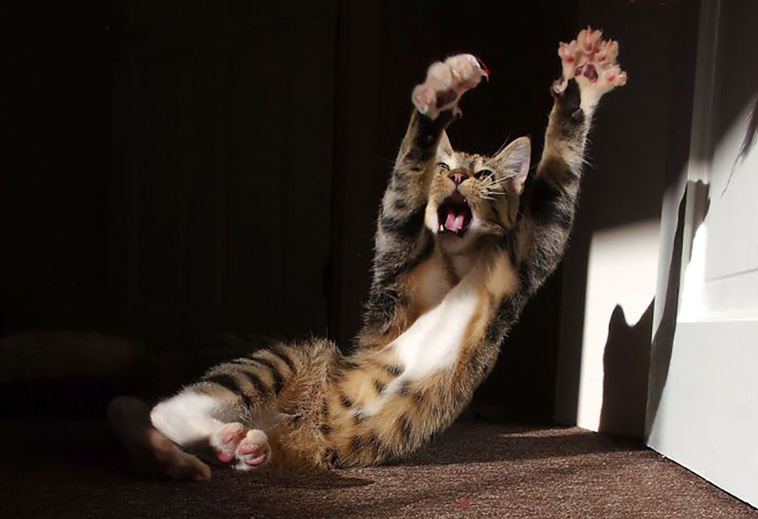 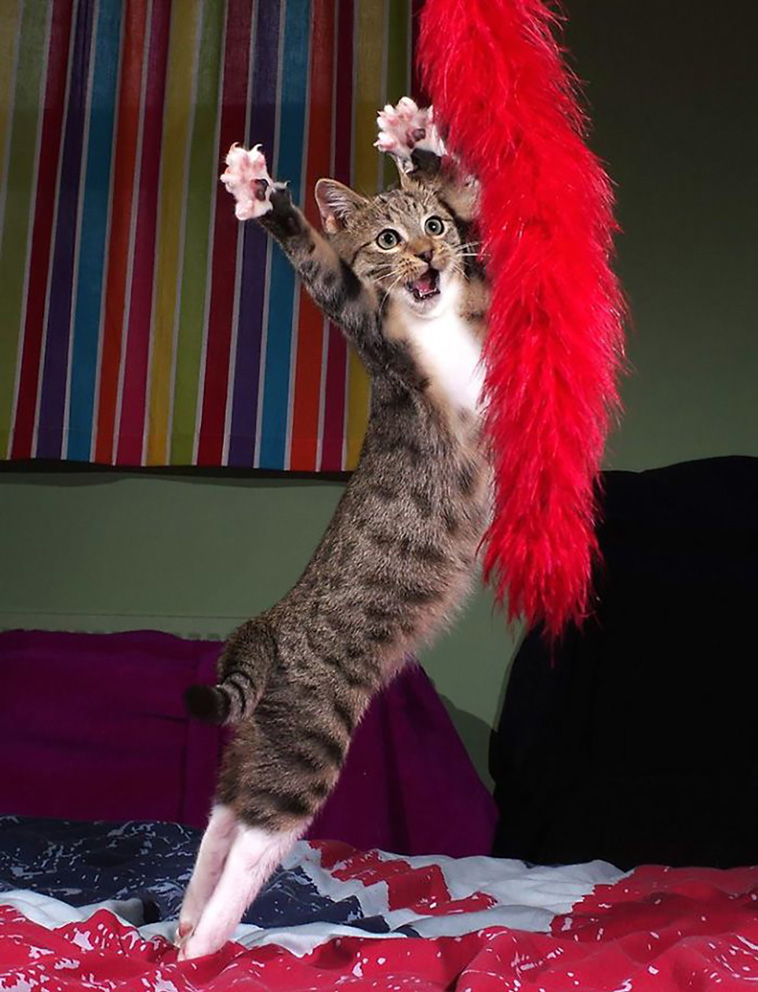 Edmund had a toy Santa with a furry tail which he adored. 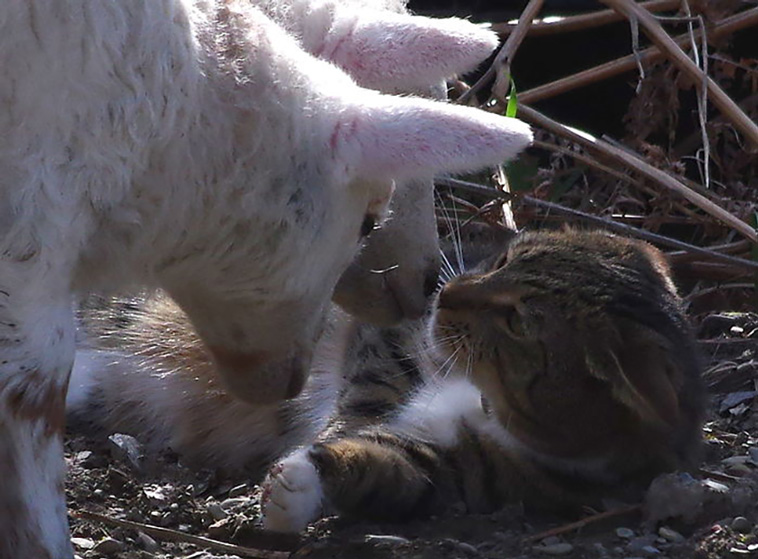 The field had three sheep living in it and Edmund had great fun chasing them as he thought they were just big woolly mice. He got away with it the first couple of times as the sheep were taken by surprise by this new menace and ran away. However, they soon realised how small he was and started to stand their ground. This led to a series of stand-offs which he mostly lost but he still kept trying. When the sheep had lambs in the spring, he tolerated them approaching him and would happily rub noses with them which was his favourite greeting. 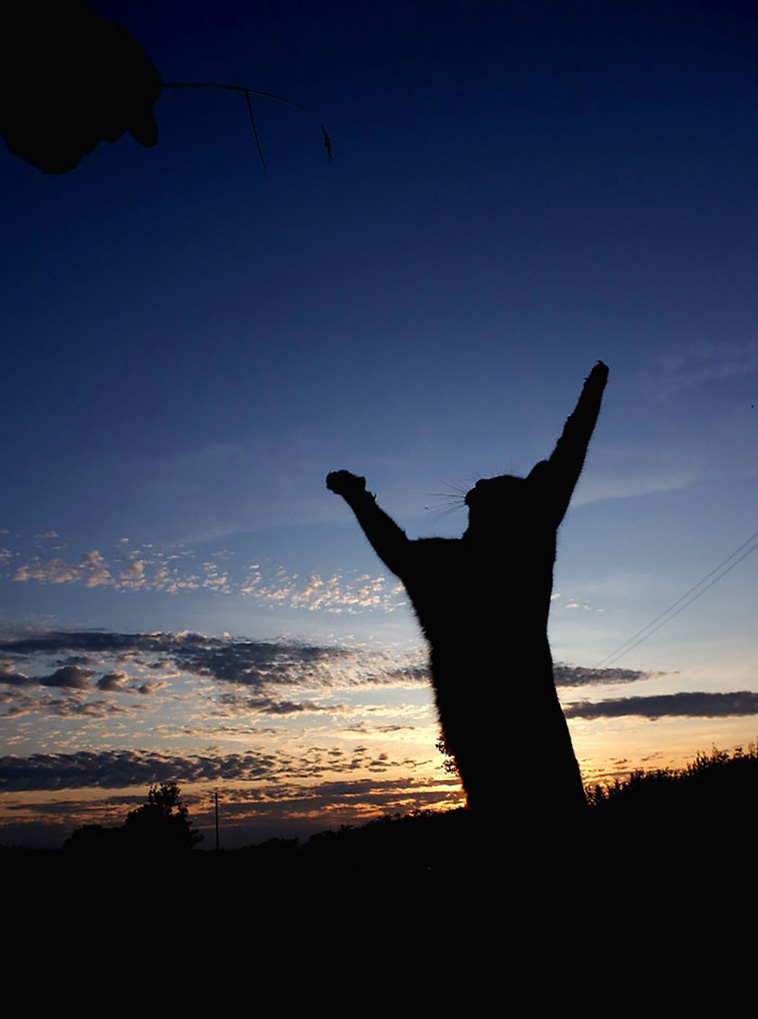 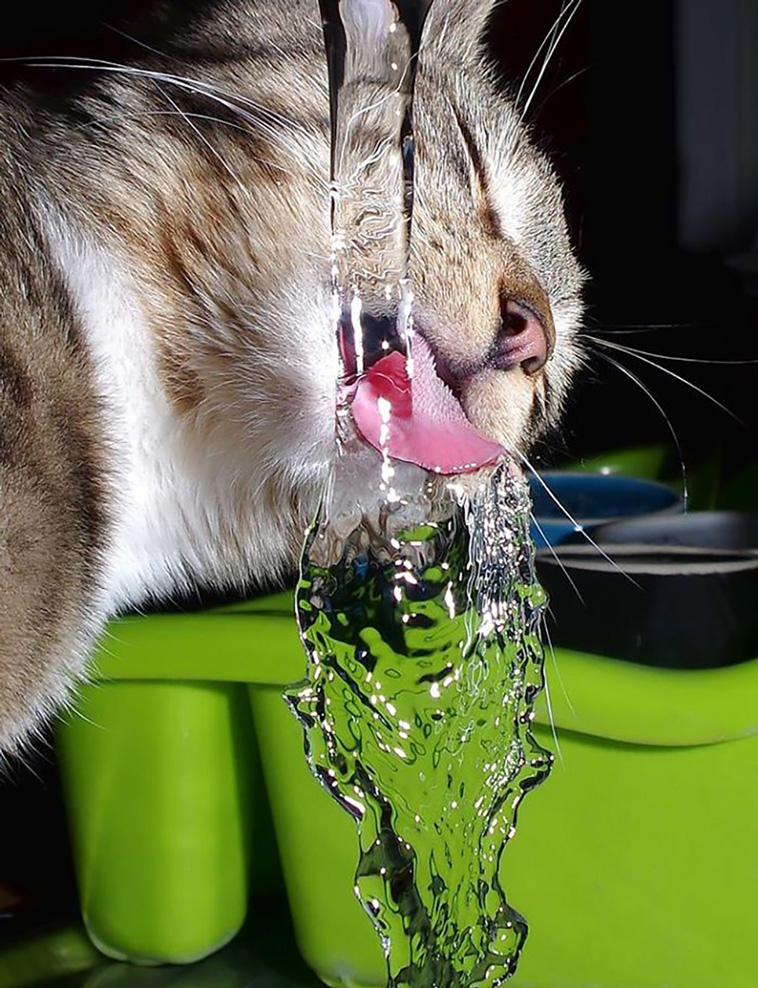 Edmund was the only cat we have had that loved running water and loved drinking and playing with it. 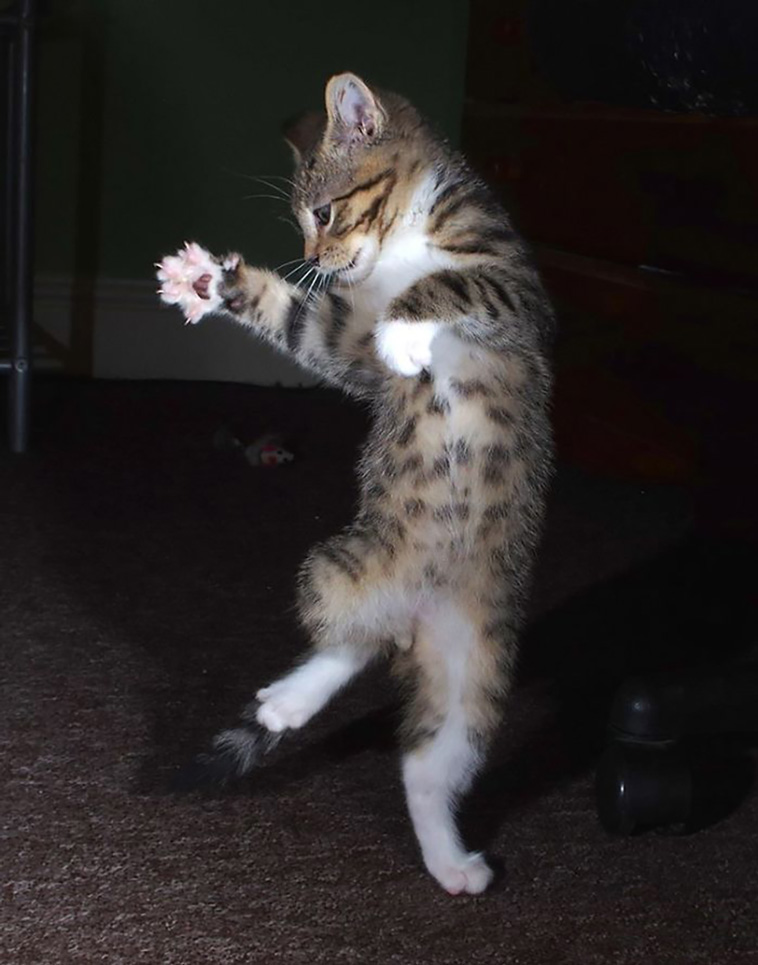 The moment we released Edmund from his carrier he was like a tiny Tasmanian devil, twirling and jumping all around the bedroom, and we joked that he would become the most photographed cat in the world which is probably not too far from the truth.