I was interviewing a candidate via Skype, and their connection was not very clear. There was often a little bit of lag in his response, and there was almost no sync between the video and audio. He also thought over each question for some time before answering. I offered to reschedule the call when he had better network connection, but he insisted on finishing the call since he’d taken the day off for the interview. After I asked one of the questions, I told him to take his time and think over the answer. Suddenly, there seemed to be a spike in the internet connection, and I could clearly hear someone sitting behind the laptop, coaching him on what to say

We had a manager who was having an affair. To hide the affair from her husband, she had saved her boyfriend’s phone number in her phone as the name of a male subordinate. Well, one day the husband was looking at her phone and found the text conversation with her boyfriend. He was pissed, and since she had saved the number of the boyfriend under the name of an employee, he came to the office to fight the male employee. Imagine being the male subordinate and getting an ass-kicking over something you have no knowledge of

One of our former VPs was let go due to improper use of a company card. What did she buy? A boob job. You can’t make this s**t up 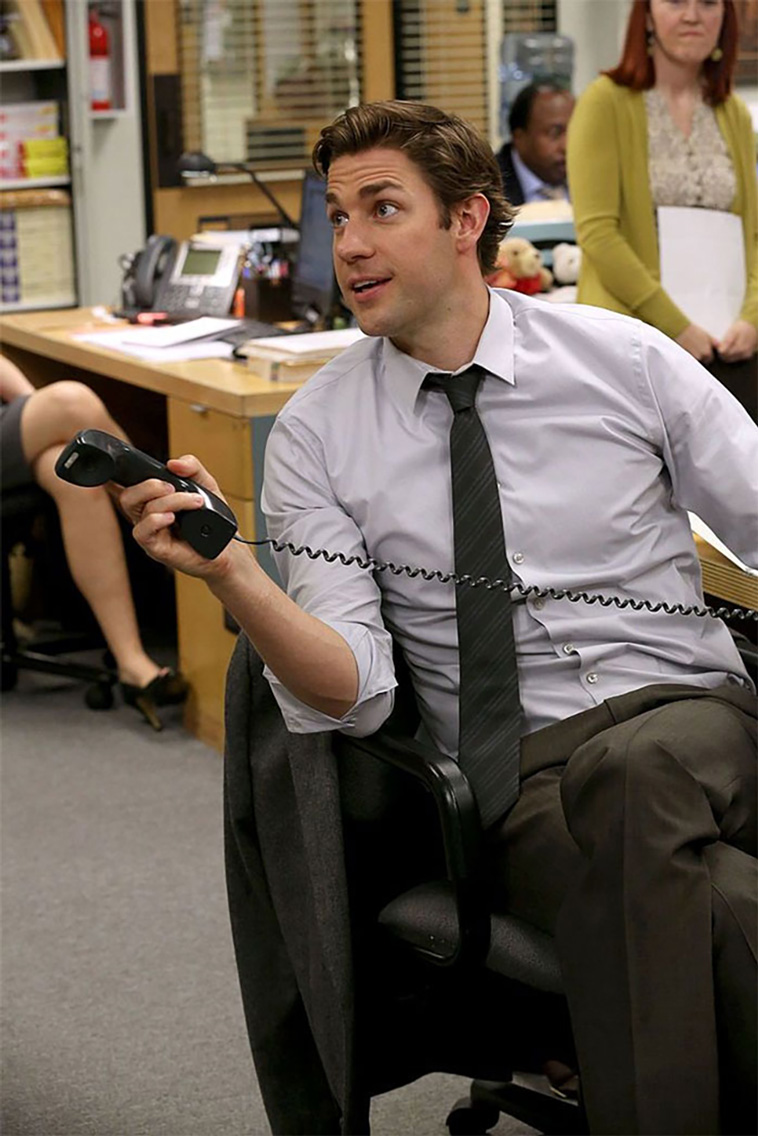 The new receptionist was coming in every morning and opening up programs/documents to make it look like they were busy, and they’d sit with one hand on their mouse and one hand on their keyboard and stare blankly at their screen for 8 hours a day and not do anything. They’d also consistently pick up the phone and hang it up without saying anything so that it would stop ringing.

I sat in on their termination, and the employee started screaming at the manager about how they were doing an amazing job, and they had to give them another chance… I was 100% confident that they were just trying to get some easy money and wouldn’t be surprised that they were finally getting fired, the whole thing was just bizarre. 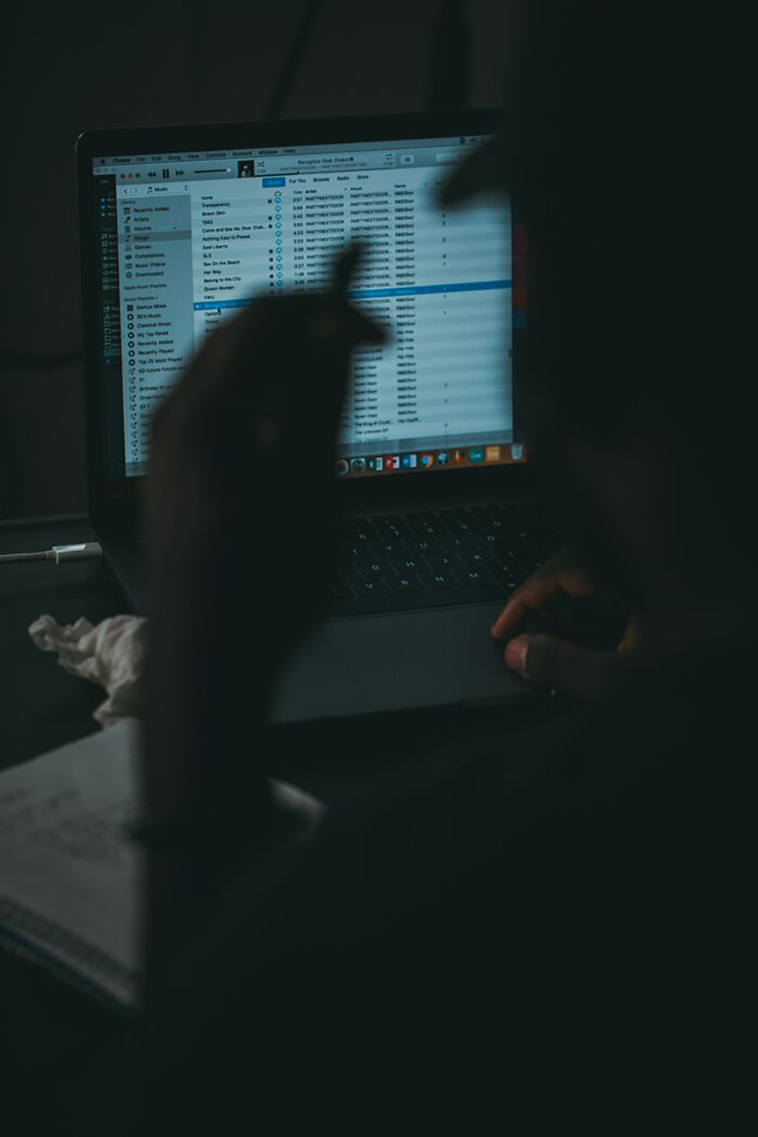 An IT guy who worked the overnight shift (because he was doing support for our Asia/Europe regions) got written up for improper use of company systems. He had dozens if not hundreds of Google image searches related to foot fetish stuff. Like insert celebrity here feet along with other random stuff like “cute toes”, etc

Like dude…YOU’RE IN IT. You KNOW this stuff is tracked and that your boss could easily monitor it.

I started working in HR-ish functions shortly after college. It took a few years before I got to make hiring decisions, but it happened eventually. The first position I was to fill was an Admin for a client’s leadership (middle manager over ~300 people). After interviews we ended up with a super bright and professional lady. Her fake name for this story will be Sarah. Sarah always had the biggest smile, was super positive, and everyone loved having her on the team.

Three months later, the client calls me. “painturd, we need to talk about Sarah.” “Is everything ok?” “No, it really isn’t. Do you have her emergency contact information? You need to get in touch with her mom. She needs to come to the hospital. We are heading there now too.” Several hours of juggling calls to family, the General Manager, our parent corporation’s Legal and HR teams, and a federal investigative body ensued. Sarah had jumped off a seven-story parking garage, which was on site at the federal facility we were supporting.

TL;DR: My first hire killed herself at work, triggering a federal investigation. 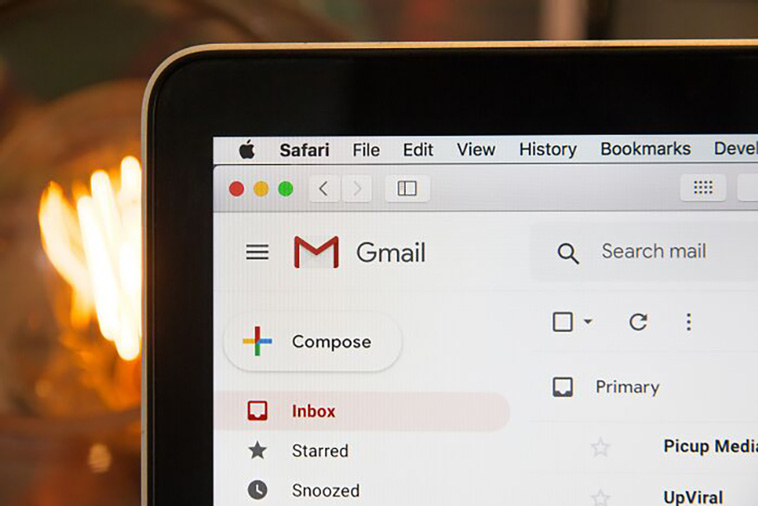 I was a recruiter, and you would be shocked to see what some people actually have as their personal email. Most people have come around to using just their name, but then every once in a while you’ll have to verify that “brownglitter69” is in fact how they would like to be contacted.

A guy who was so high at the time of his interview that he forgot who he was meeting and why.

Our applications say we do not hire violent felons. A guy checked that he was felon. When I asked him about it, he said it was for domestic violence and stalking. I asked him if he read the part about us not hiring violent felons and he just couldn’t connect the dots. It’s got violence in the name of the charge, dude.

Literally had a guy complain, “How come we only have overtime when YOU want it?!” “You” meaning the company. That’s how jobs work, man.

In casual conversation a guy told me the “hilarious” story about how his girlfriend got an IUD without his permission so he ripped it out by the strings.

Had a mom show up on behalf of her son for the interview. 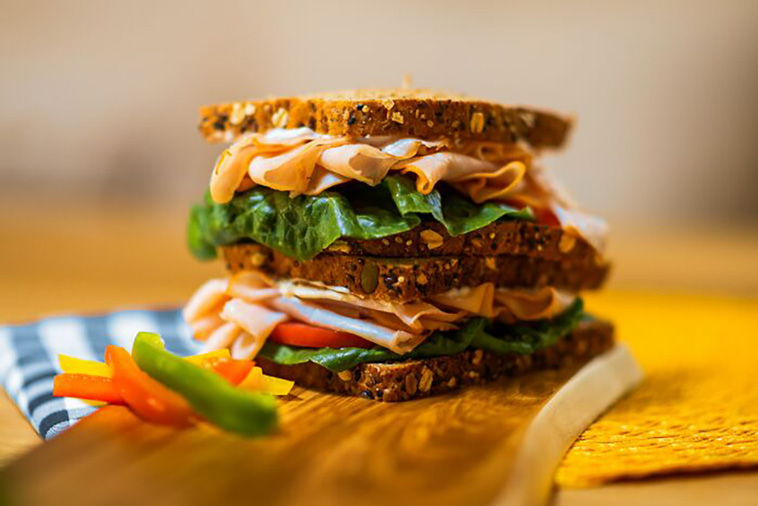 The HR person from my previous job told me about having to fire an employee who consistently went into the employee fridges and stole the cheese off people’s sandwiches. HR had gotten several complaints of food tampering, so they watched the video of the area and finally figured out who the ‘Cheese Bandit’ was

I investigated a performance issue where an older nurse decided to give a wedgie to a younger nurse whose thong was showing. The older nurse had no remorse and justified the action because they thought the thong was inappropriate

It’s not super weird but just the idea that this guy thought this would work still confuses me.

I worked at a corporate office for a line of dental brands. We had all the upper mgmt of course, then a call center, tech, insurance, and HR on the same floor. It was a pretty cool place tbh.

Anyway, I ran background checks on folks as part of my job. We had a 40ish Male come in and apply for insurance dept. We ended up deciding he was worth hiring so we start the paperwork. We get his social, his birthday, etc. Ran the check, came back with his name, clean record, everything seemed fine… but upon our last look through of his background check we notice his birthday is completely different. And not just like a number off or anything but more like a 25 year difference with a completely different month and day. Turns out the dude used his dad’s SSN on his app because he had a deeeeeeep history with fraud and the like. Definitely dodged a bullet there. 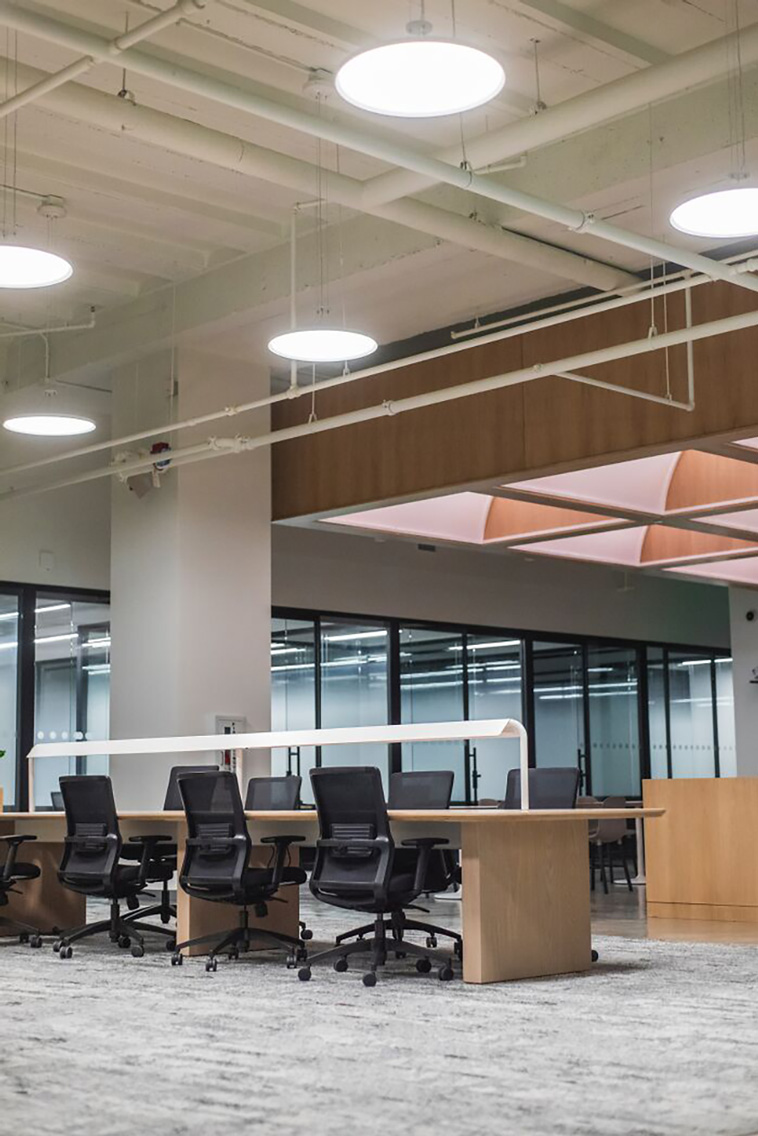 My dad works in HR. He just told me about a day when they had to layoff about half of the company. It was crazy and there were a whole lot of moving parts that day. Unfortunately, in all the craziness, no one remembered to tell this one new hire that sadly the position he was hired for was no longer affordable. So he came in to the office only to see everyone clearing out their desks and leaving. And then…he got laid off. An hour into his first day.

He said the guy understood, but it was the most horrible he ever felt for someone in his life. 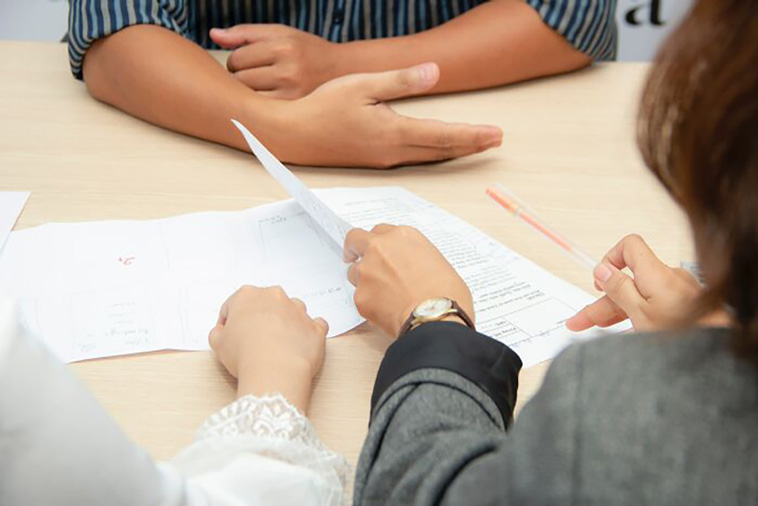 A guy pinned a real wasp to his resume to prove he was ‘metal’. This was for a software developer job, but most of his resume was about his band. 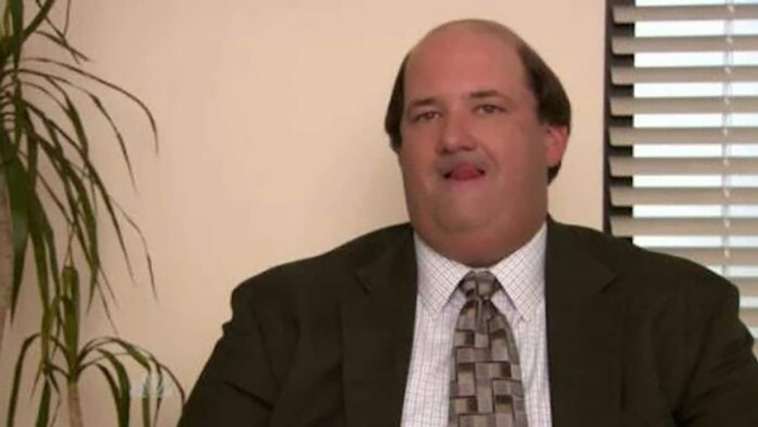 Former hiring manager in a small agency, specializing in tech. I was in charge of dealing with designers and visual artists.

Sheer incompetence was pretty much the default: Roughly 80% of the CVs I got were idiots with photoshop who think they are the next Stefan Sagmeister. That was normal.

I was tasked with finding candidates for a senior motion artist position. Pretty cool stuff, but also supposed to be fairly easy: the list of requirements was very clear, and largely technical.

I then received the CV of a potential candidate, lets call them Kevin. It lists relevant positions and education. No list of tools, nor link to showreel, but, I mean, the fact they suck at writing CVs doesn’t mean they suck at what they do. Right?

I mail them back asking for one. They reply, asking he doesn’t have one.

Allright, then can you send samples of things you made? Doesn’t have to be commercial work. Just anything showcasing their abilities.

I get a reply. With files attached.

With WordArt. And the built-in effects.

Puzzled, I asked Kevin if he sent me wrong contents. Weird accidents happen. It wouldn’t be the first. 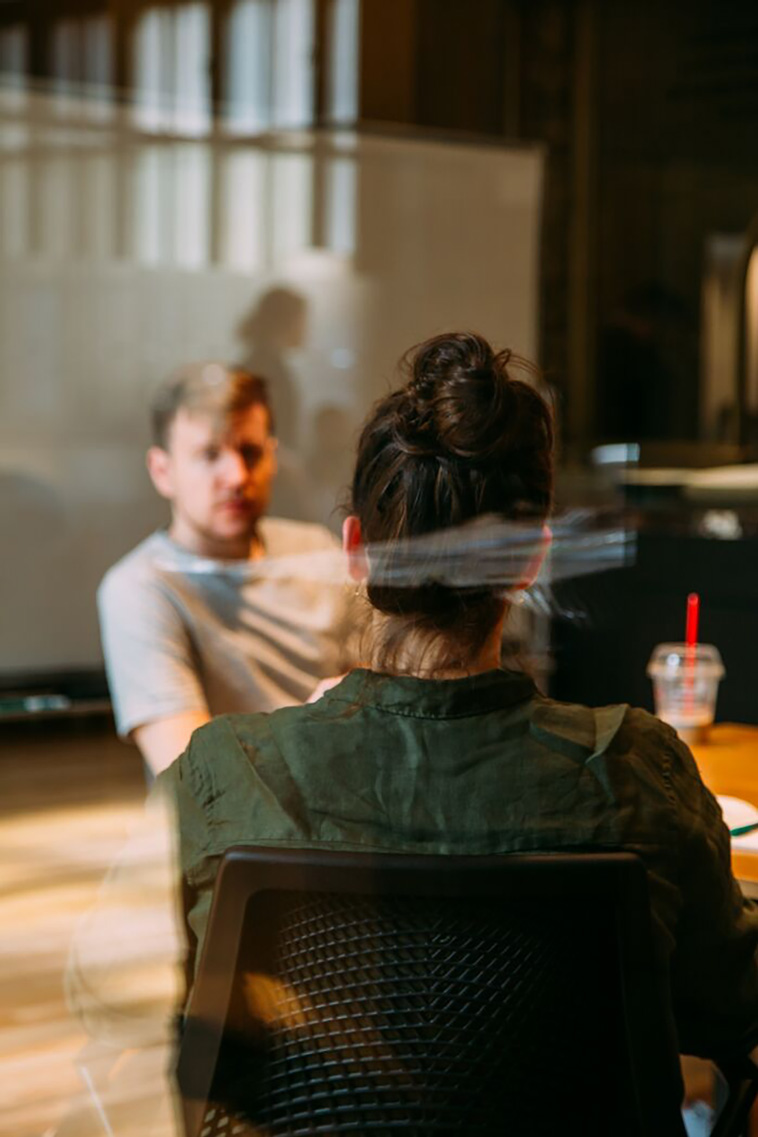 I work HR for a call center. Entire company has around 500 employees, maybe 250 of them are in the call center. Entry level work, tiny bit more than minimum wage. A girl started her first week doing really well and then week two got really weird. She walked into the CEO’s office (on another floor in the building) WHILE HE WAS MEETING WITH SOMEONE, to demand that he buy her a dog because she thought having a companion would improve her work performance. That was the entirety of her rationale.

Edit: Many are asking. No she did not get the dog. I wasn’t in the room with the CEO so I don’t know exactly how he handled it. He is an exceptionally nice human being so I assume he handled it kindly. Though, I mean it made its way back to HR pretty quick so he definitely told some people about it. My colleague spoke with her about it and was just like, no, thats not a thing wtf. she was fired soon after for unrelated reasons (attendance I believe). Also many are questioning if she had some kind of mental disorder. I have no idea.