A Reddit user asked ‘What are the greatest examples of the “Butterfly Effect” that have happened throughout history?’ and here are 30 of the responses. 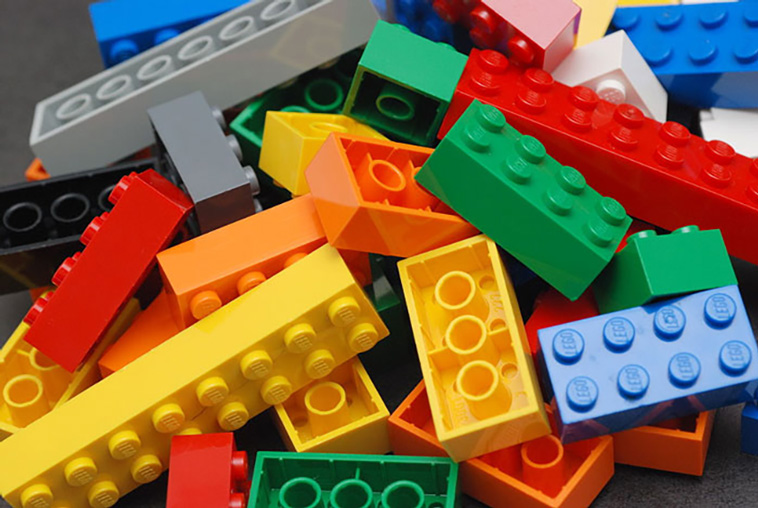 Ole Kirk Christiansen was a carpenter in Denmark who was struggling to make ends meet during the Great Depression. After his wife died, he was trying to take care of his kids by himself and they loved this duck toy that he made. He started to manufacture the ducks in a factory, but the factory burned down because his kids were playing with fire and wood shavings. He was basically destitute for a while, but continued making little models of houses, vehicles, and small toys. After a while, they grew in popularity, and Christiansen decided to move on to making them in plastic instead.

And now we have Lego. 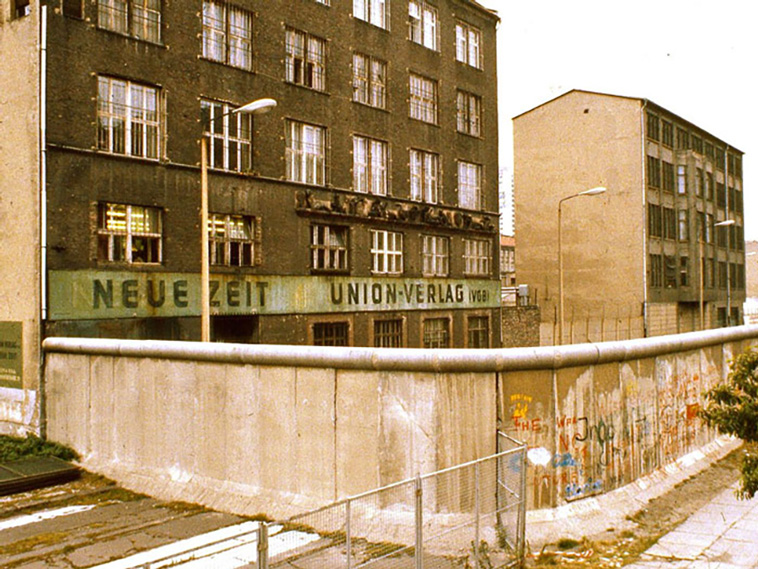 A German bureaucrat messing up on live TV led to the Berlin Wall falling.

This East German guy, Gunter Schabowski, was set to announce new travel being allowed outside of East Germany- in a few days from the announcement, and one had to wait days to get and have the special travel visa authorized. He was to announce on live government TV.

He was rushed and tired, going to the press conference, and had not read the official government press release before coming on live TV. An aide just handed him the paper, which he read on camera.

But, like I said, he was unprepared, tired, and rushed. So he read the first part of the release, which said “the government now authorizes travel freedom” on live TV. A reporter then asked “so when does this take effect?” He had not had the chance to read about the travel limits and visa requirements yet, and had had a long day. So instead of taking several live minutes to read the whole thing, Schabowski just mumbled “as far as I know…right away.”

This led to thousands of East Germans massing at the Wall and border checkpoints. People got angrier and angrier as they were refused passage. Finally, to avoid a riot or getting hurt themselves, one guard let some people on through. This led to a chain reaction…and so bye-bye, Berlin Wall. 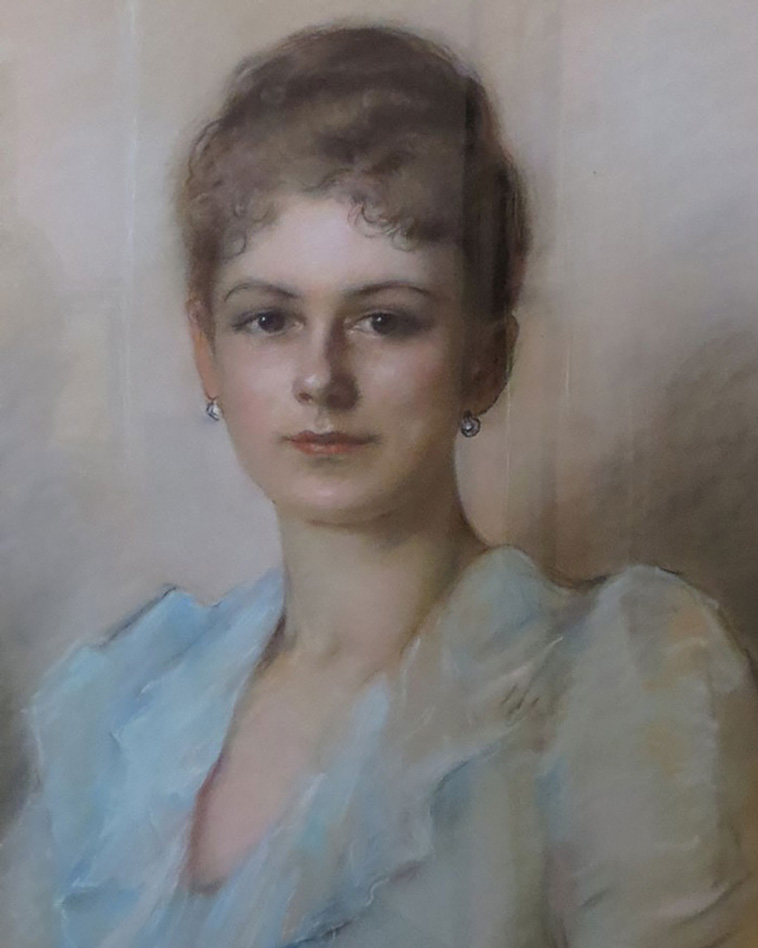 The role that this beautiful, virtually unknown and completely innocent woman would have in putting into motion the two World Wars of the 20th century.

This is Sophie Chotek. Duchess of Hohenberg.

And I bet that virtually none of you has ever heard of her.

She was the woman that the Archduke Franz Ferdinand of Austria, heir to the Austro-Hungarian empire, fell in love with and then married.

She wasn’t royalty. A mere Duchess.

Which meant that in the unbelievably snobbish norms of the day, even the future monarch of the Austro-Hungarian Empire, could not have her, his own wife, accompany him in official royal ceremonies. And he hated that. Can you blame him?

The Archduke was an autocrat, but he had one redeeming quality— he loved his wife deeply.

There was but one exception to that stupid rule. Which is that she could be by his side in public while he was acting in his military capacity as Inspector-General of the Austro-Hungarian Army.

Which was the main reason why the Archduke decided to go inspect the army in Bosnia (an entirely unnecessary and optional choice), so that his wife could ride by his side in public.

And he rode quite foolishly in an open car so that everyone could see the two of them together.

And he then got assassinated by a Serbian nationalist, Gavrilo Princip who literally ran up to the open-top car and shot both of them at point blank range, killing them instantly.

Austria demanded an unconditional apology from Serbia and was determined to humiliate her.

Serbia considered the assassination to be awful, but had no real official hand in it. So she refused to apologize.

Austria then declared war on Serbia.

Russia as Serbia’s biggest ally, then declared war on Austria.

Germany then as Austria’s ally declared war on Russia.

France and Great Britain then as Russia’s allies declared war on Germany.

It is imperative to note here that except for Austria declaring war on tiny Serbia (which she never imagined would spiral completely out of hand in such spectacular fashion!)…

All of these other declarations of war between these nations weren’t “choices” — they were bound by security treaties to come to the rescue of each other in the event of an aggression against their allies.

Great Britain, France and Russia on the one hand as the Triple Entente, Germany and Austria-Hungary on the other as the Central Powers.

Talk about a chain reaction!

And then ladies and gentlemen, you had World War 1.

Followed by the collapse of the German economy. (No, the Treaty of Versailles was not as punitive as people think.)

The collapse of the German economy brought that lovely SOB, Adolf Hitler to power.

And the rest as they say, is history.

Arguably one of the greatest instances of the “butterfly effect” in all of history. Try topping that.

And it all started with the marriage of an emperor to a relative commoner.

For the sake of love. 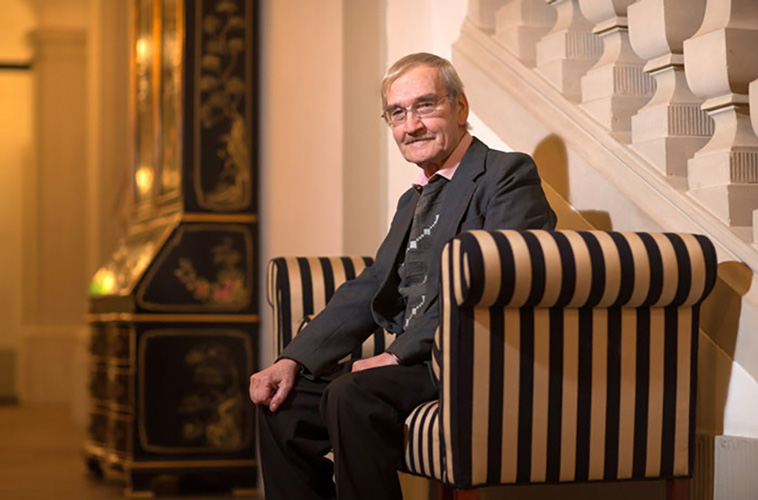 On the night of September 26, 1983, the Soviet orbital missile early warning system (SPRN), code-named Oko, reported a single intercontinental ballistic missile launch from the territory of the United States.[27] Lieutenant Colonel Stanislav Petrov, who was on duty during the incident, correctly dismissed the warning as a computer error when ground early warning radars did not detect any launches. Part of his reasoning was that the system was new and known to have malfunctioned previously; also, a full-scale nuclear attack from the United States would involve thousands of simultaneous launches, not a single missile.
Later, the system reported four more ICBM launches headed to the Soviet Union, but Petrov again dismissed the reports as false. The investigation that followed revealed that the system indeed malfunctioned and false alarms were caused by a rare alignment of sunlight on high-altitude clouds underneath the satellites’ orbits.

And thus we are all now living in a world not destroyed by nuclear war. 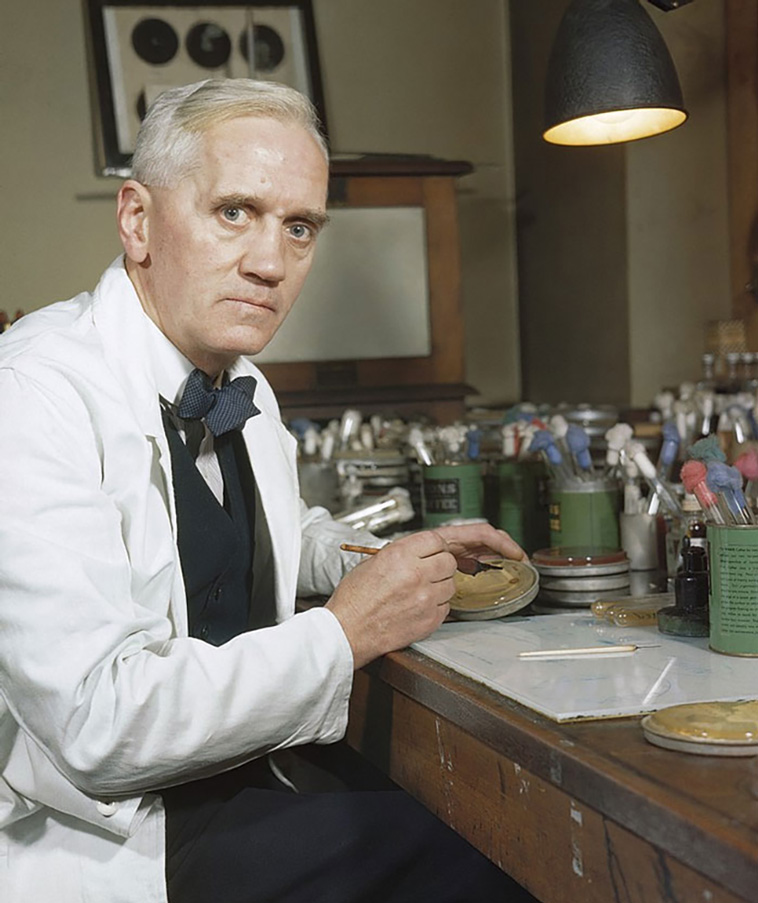 A guy left his lab for a month. He came back and found mold growing in a Petri dish and decided to keep it rather than throw it out.

The man? Alexander Fleming. The mold? Penicillum, which produces penicillin; among the most important drugs ever discovered. If he’d just thrown out the contaminated culture, who knows where we’d be in terms of medicine? 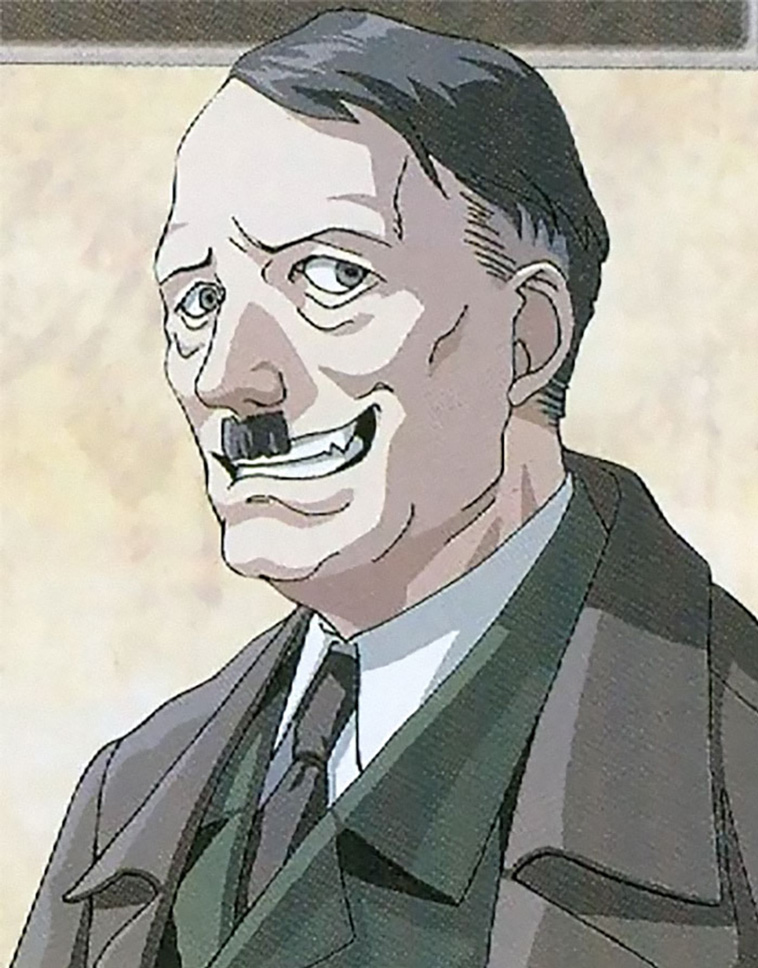 Hitler was responsible for creation of anime.
Well, it’s WW2 actually. After the bombing on Hiroshima and Nagasaki, Japan was economically weak and people didn’t even have enough food meanwhile in 1952 a Japanese artist named Osamu Tezuka who created a comic to entertain and inspire the public and help them cope with daily life. After sometime when Japan came out of economic depression then a lot of new artist started to create a lot of such comics and the world of manga and anime came into existence. 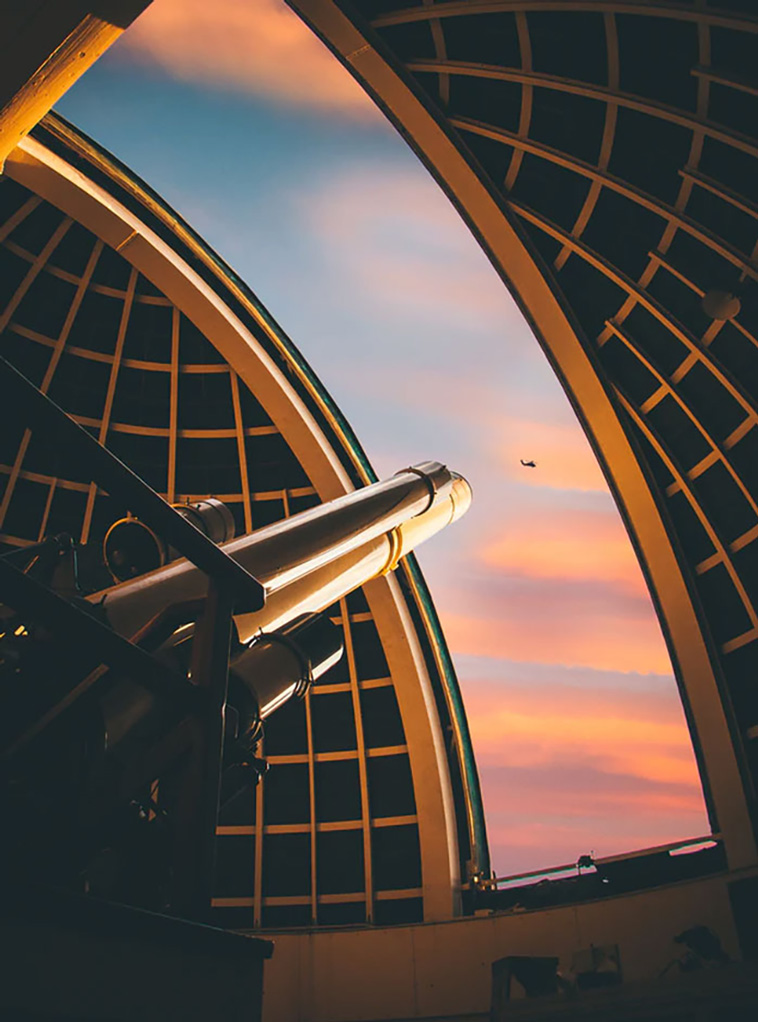 Invention of the printing press lead to very fine type that people often found they could not read without the aid of glasses. Increased glass productions meant a rise in quality and a drop in price. As a result telescopes and microscopes also became better quality and more accessible. This lead to people like Isaac Newton or Gregor Mendel making new discoveries in the sciences eventually leading to the enlightenment period. 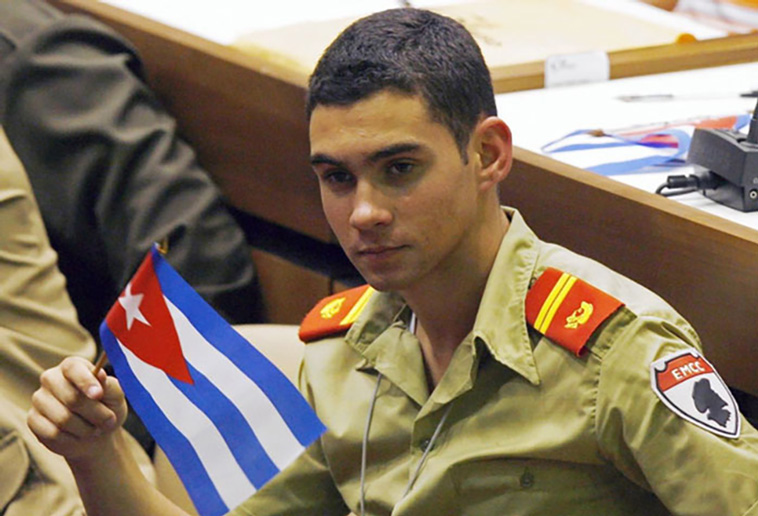 A little Cuban boy being rescued at sea on his way to Florida created the world we now live in. In 1999, Elian Gonzalez was picked up by a fisherman, floating in the ocean after the boat he and his mother were on sank. His mother died, but he survived and was taken to Miami where he had relatives. His father still lived in Cuba, and obviously he wanted the boy back. There was a long custody battle between the Miami relatives and the boys father, in which the Clinton administration backed sending him back to Cuba. In April of 2000, federal agents stormed the home the boy was staying in and took him into custody, and returned him to Cuba.

There was absolute outrage from the Cuban-American population in Miami. This all took place in an election year in which Clinton’s Vice President was running for President. The Cuban-American voters did not forget what happened when they went to the polls that November. George W. Bush won the state by 500 votes.

If that whole saga had not taken place, Al Gore most certainly would have been able to get at least 500 more votes among the Cuban-American voters. And had he become president instead of Bush, there is really no way to calculate just how different the world of today would be. 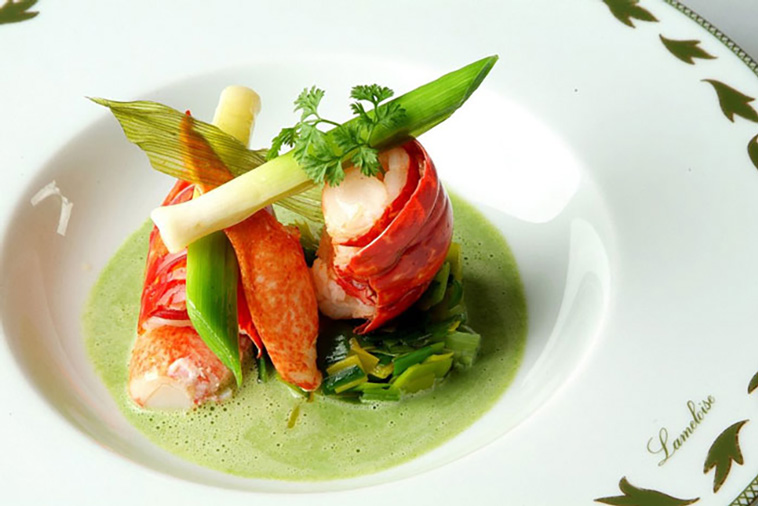 The reason French Classic cuisine dominates is because they were the first ones to get wide spread fancy restaurants.

This happened because they overthrew their nobility and all these out of work private cooks decided to make their own restaurants. By the time everyone else caught up all the masters were french and then taught everyone else french classical cuisine. 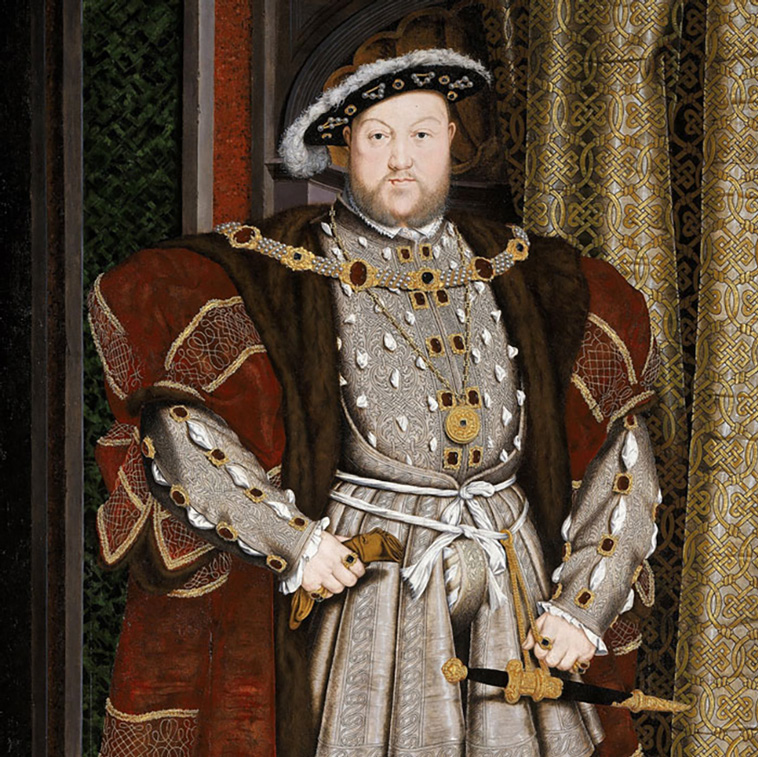 King Henry VIII, introducer of state protestantism, serial divorcee, dissolver of the monasteries and father of Queen Elizabeth I, herself a hugely influential monarch, was not supposed to be king.

Henry was the ‘spare’ and his elder brother Arthur was heir to Henry VII’s throne.

Had Arthur not died of a mystery illness – which nearly also killed Catherine of Aragon – Henry would have occupied a place in history similar to other second sons. Compare the current Prince Harry and whatever his role will be presuming William accedes to the throne.

Britain would have likely remained Catholic, very much a European country. Relations with Ireland and the continent would have played very differently, and it’s very likely America as we know it would be entirely different as a result.

Not to mention that since Catherine of Aragon was first married to Arthur, she would not wed Henry, and so Queen Mary would have never existed.

Henry wouldn’t have married Anne Boleyn, as it is unlikely that he would have been divorced and on the rebound looking for a new queen. Anne was also intending to marry another, and Wolsey wouldn’t have had any need to step in to stop it. Elizabeth I is thus not born.

English history pivots on Arthur’s death. Who knows what the world would be like if he hadn’t died.