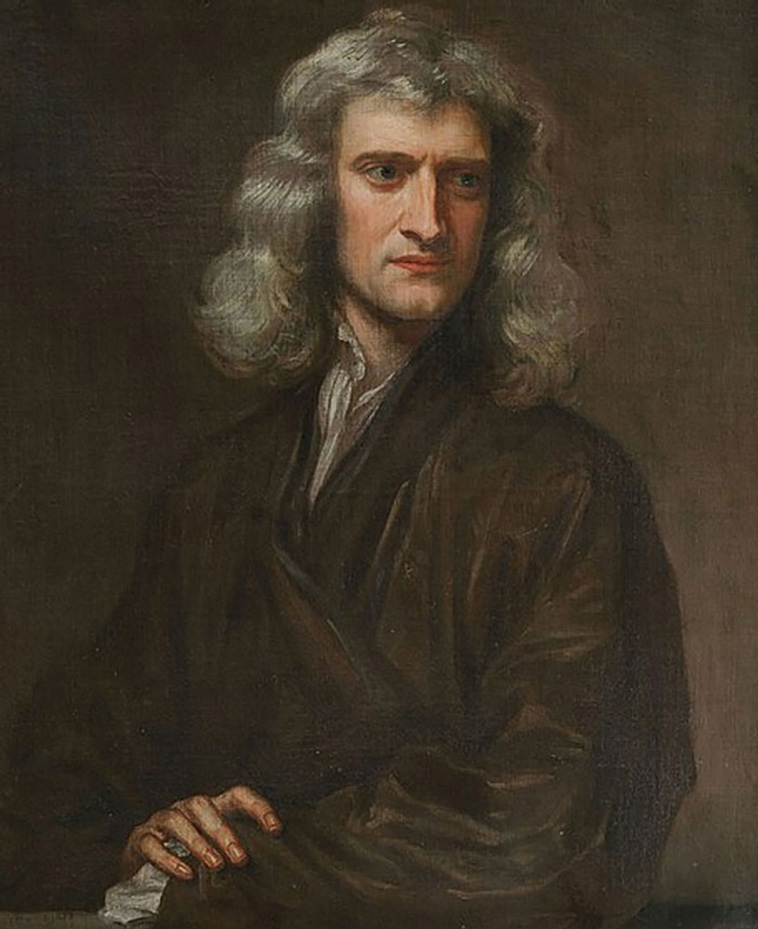 Isaac Newton caused the rise of communism in China.

In the later years of his life, Isaac Newton was promoted to “the master of the Royal Mint”. This was suppose to be a ceremonial position, but Newton took the job seriously. One of the biggest changes he set about was altering Britain’s silver standard. He put a fixed exchange rate on Gold and Silver within the country, and that exchange rate made silver worth less than it’s metal value on the open market. So, Gold became the defacto reserve currency of Britain itself while silver was used extensively as an export in trade.

Fast forward about a century, and Britain is still using a version of Isaac Newton’s exchange rate, so silver still is effectively the trade metal of the mighty British Empire. Britain’s Empire starts to extensively trade with China, particularly for Chinese tea. The English were positively addicted to Chinese tea. Ten percent of the government’s revenue at that time

However, the Chinese would only accept one good, silver. The Chinese Emperor refused to accept ANY other trade good except silver. So all of Britain’s silver reserves were flowing East to China. Eventually, however, the British found a good the Chinese would accept, Opium. They grew Opium in India, let the smugglers take it to China, and get their precious silver back.

This led to the Opium wars. China lost BADLY, and was forced to sign horribly one sided treaties with the West. The nation was a shadow of a it’s former glory, split along political and ethnic tensions that had been previously suppressed by the strong central government.

The Chinese empire fell in 1912, replaced by a Republic. This Republic… was not very democratic, to say the least. This eventually dragged China back into civil war, which made it weak enough to be invaded by Japan.

While the Japanese were driven back, China was still in political/economic ruin. Mao was able to seize control of the Chinese Mainland and founded the People’s Republic of China. 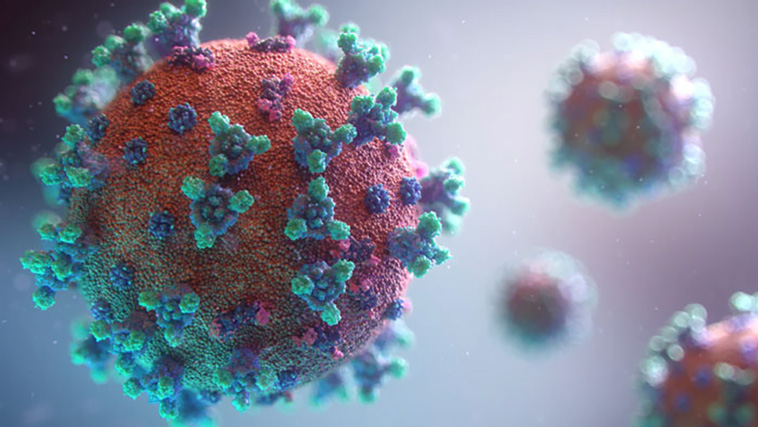 Woodrow Wilson was sick with the epic flu of 1918 during the negotiation process for the treaty of Versailles after the first world War. He would have pushed for less punitive provisions on Germany but he was largely absent from the process due to his illness. Instead the treaty imposed incredibly destructive restrictions on Germany, leading to a collapsed economy, resentment, and a nation clamoring for a strong leader to make things right again in Germany. Enter Hitler stage right. 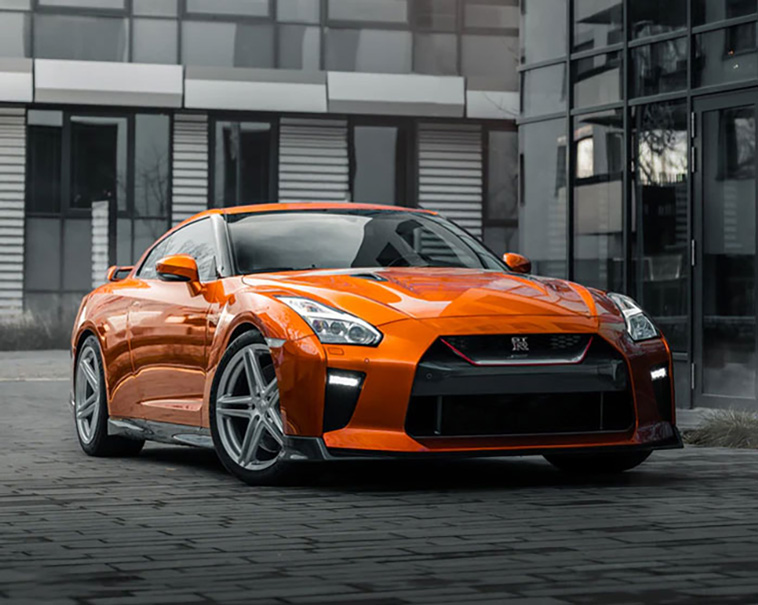 When Japan and Germany finally lost World War 2 they had tons of manufacturing ability, yet were banned from building a military for however long. They looked at Detroit’s success in the auto industry and approached the market each in their own way. To this day we have luxury and economy cars from across two different oceans competing with our domestic vehicles because they lost the war. 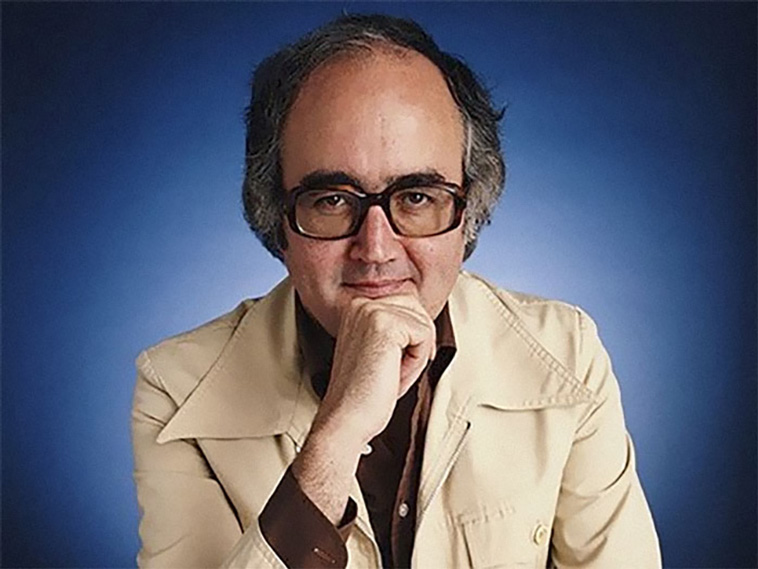 It primarily explores the surprising checker-jumps that occur within science and technology itself, but it also frequently touches on the unexpected, often profound political and social consequences of someone, somewhere, discovering or inventing something that at first sight seems inconsequential.

For example, the second episode begins with the bronze age discovery that sheepskins could be used to collect the tiny specks of gold suspended in the Turkish rivers of Pactolus and Hermus (the “Golden Fleece”), and traces a direct line from that insight, to the dropping of the bombs that exploded over Hiroshima and Nagasaki in 1945.

It’s a highly watchable and entertaining series, available on Amazon and (I think) YouTube. Highly recommended to people who want to learn of some practical examples of the Butterfly Effect.

The series was also condensed into a well-illustrated companion book that makes for fascinating bedtime reading. No longer in print, but readily available both online and in many community libraries.

Burke went on to produce The Day the Universe Changed (a little more linear), then Connections 2 and Connections 3, which continued to explore the surprisingly profound and seemingly far-flung effects of small changes and discoveries. 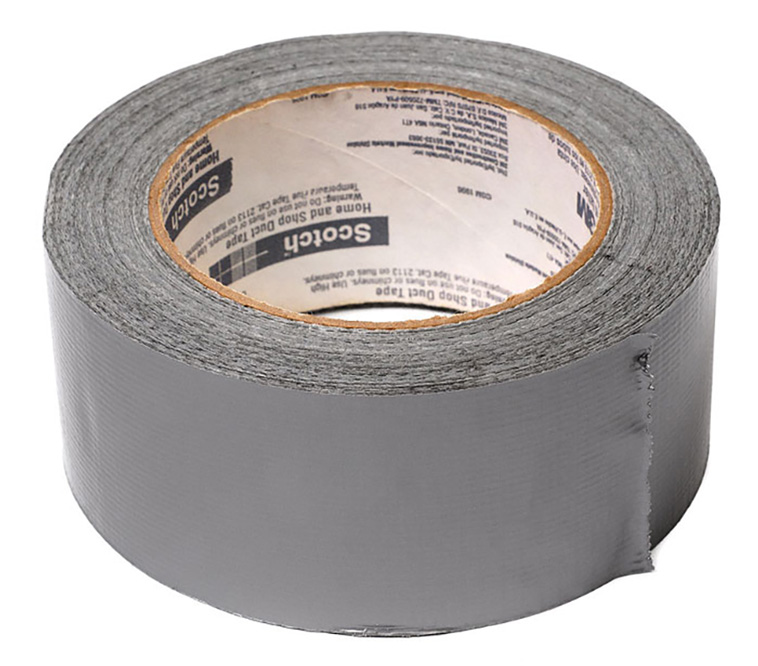 Duct tape. The Watergate burglars put a piece of duct tape on a lock on a door at the Watergate apartments so the door would not lock shut. The security guard noticed that tape, opened the door and caught the burglars-the rest is history. Brought down an American president and changed history forever

One of the worst movies ever made directly led to rise of one of the most beloved actors of our generation – and he wasn’t even in the film.

When Cannon Films bought the rights to the Superman movie series, they really wanted Christopher Reeve to play the part one more time. He reluctantly agreed, but only on condition that Cannon make his pet project, Street Smart, about a reporter who becomes famous after faking a story.

Superman IV, needless to say, was a disaster of legendary proportions, in no small part because Cannon slashed the budget by more than half just before filming started. They did make Street Smart, which got decent reviews but fizzled at the box office.

Critics generally agreed that there was one standout performer in Street Smart, playing a violent, murderous pimp. This actor was best known, if at all, for having been on the kids’ show The Electric Company in the seventies, but his performance in Street Smart was a revelation and earned him his first Oscar nomination.

And that’s why MORGAN FREEMAN probably wouldn’t have a career today if not for Superman IV. 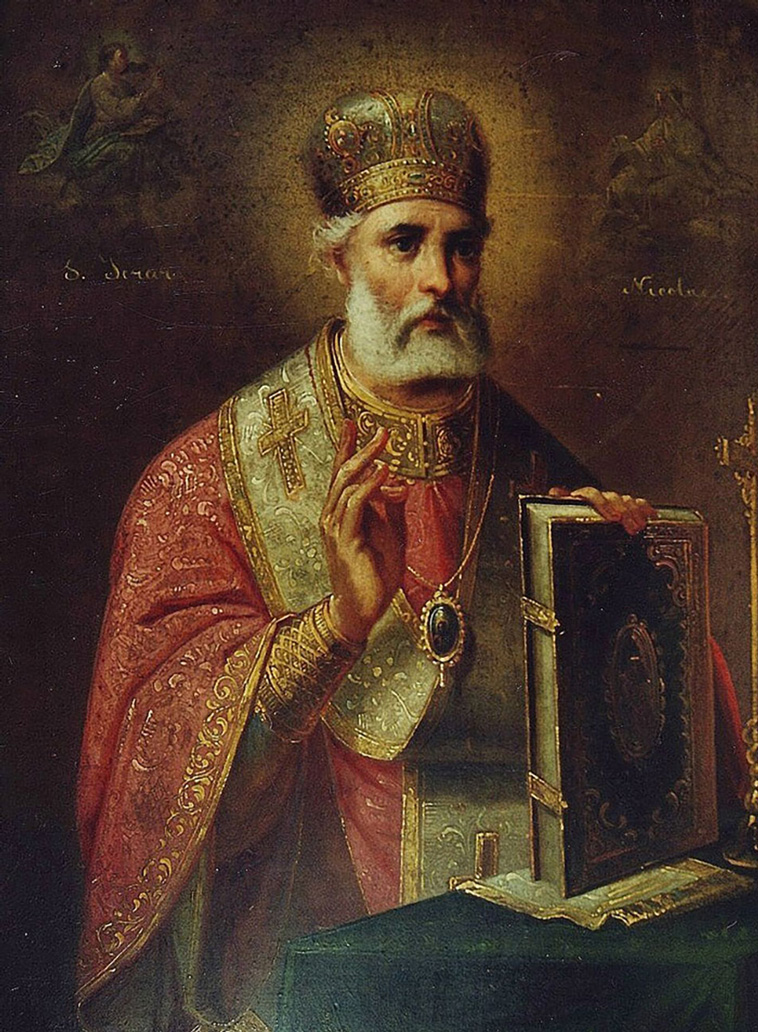 There was a Greek man named Nicholas who sold all he had to help orphans and also preformed many miracles. Nick was a man who loved Jesus. He was very well known and very popular throughout Europe. In the Netherlands they called him ‘Sinterklaas’… a translation of Saint Nicholas.

In the 1823 Clement Clark Moore wrote the poem ‘A visit from St. Nicholas’ which later became ’Twas the Night Before Christmas’ after it’s first line. The greedy toy sellers jumped all over this and ‘Santa Claus’ was born.

Everything we do has ripple effects through time.

The biggest volcano in iceland erupted in 1783. This resulted in a year without a summer as the earth was blanketed by sulfur particles in the stratosphere, and poisonous fumes drifting all across europe, killing people and livestock. A perpetual fog and haze was noted in both europe and north america.

This resulted in widespread famine, exacerbating the ongoing social grievances in france, triggering what would come to be called the french revolution. Famine weakened other regions as well, aiding Napoleon’s invasion of egypt. The napoleanic wars set europe on the course towards german and itialian unification, setting the stage for WWI. The conclusion of that war made WWII essentially inevitable. Which in turn made the cold war essentially inevitable.

All of modern history was set in motion by a rising plume of magma under a sparsely populated island in the north Atlantic. 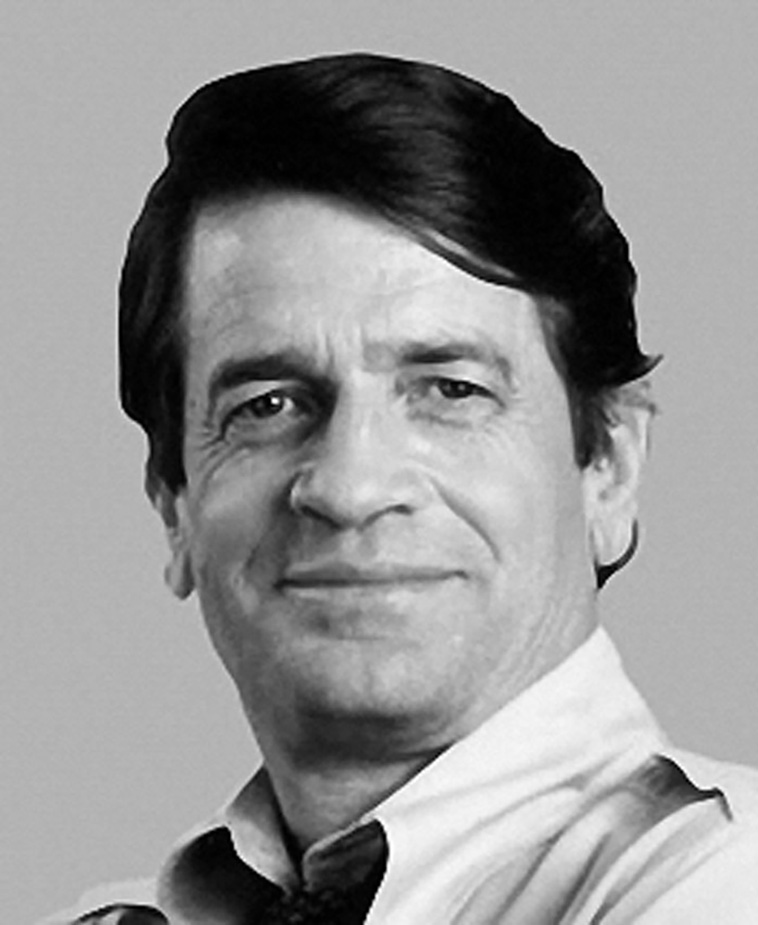 You can sorta trace 9/11 and the origins of ISIS back to a dog getting killed in 1950’s texas.

He organises people to vote against Hazard’s re-election and succeeds. Bolstered by his success he begins a career in politics, eventually becoming a state senator at the age of 27.

As a member of the House appropriations committee, Wilson lobbies for funds to bolster a group called the Taliban, fighting for the soviet-occupied Afghanistan.

Look, doesn’t he look happy with his Taliban friends?

The US pushed the money through Pakistan, so as to not be directly linked with actions against the Soviets.

Pakistan became the common training ground of all kinds of rebels and fighters, arming and training them to fight in Afghanistan. One of the people trained in Pakistan is a civil engineer, son of a Saudi billionaire, Osama Bin Laden.

Taliban forces beat the soviets out of Afghanistan, creating their theocratic religious state. Pakistan is just kinda happy that they ‘won’.

Al Quaeda plans and carries out 9/11, pushing their religious and political agenda in new and interesting ways. Apparently not interesting enough though, as two Al Quaeda members decide that flying planes into civilian cities isn’t a bad enough thing they can do, so they break off and begin ISI, later renamed ISIL and ISIS. 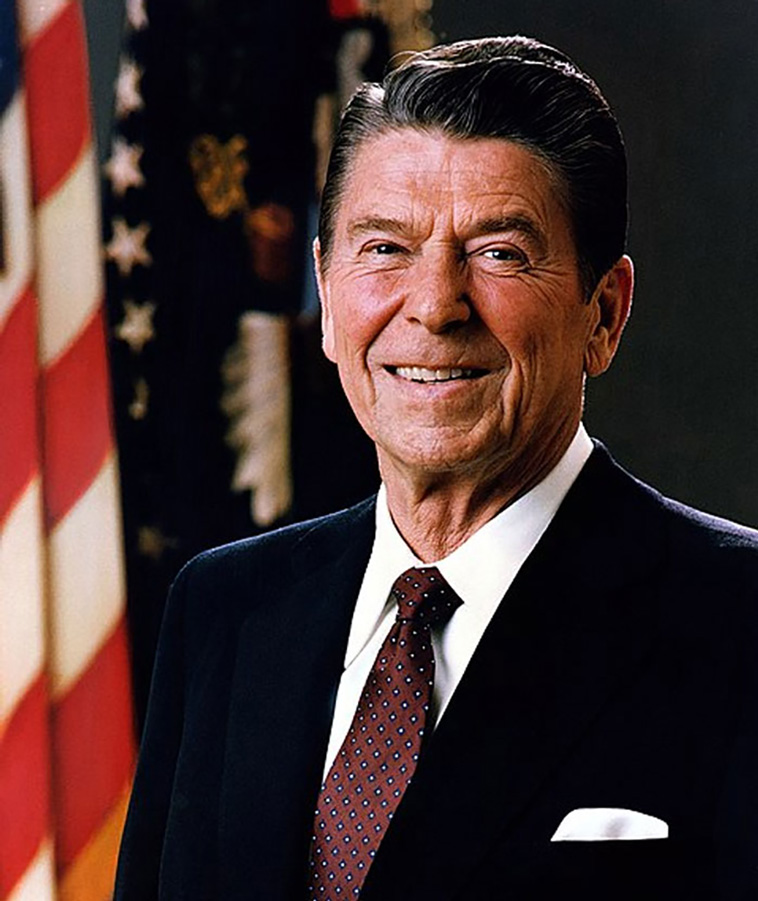 I hope this counts. The day that Reagan was shot, Russia had been planning to invade Poland. But when he was shot, the Kremlin thought the world would blame them for an assassination attempt to disrupt the US so that Russia could seize Poland, they backed out. Probably saved many lives/averted WWIII