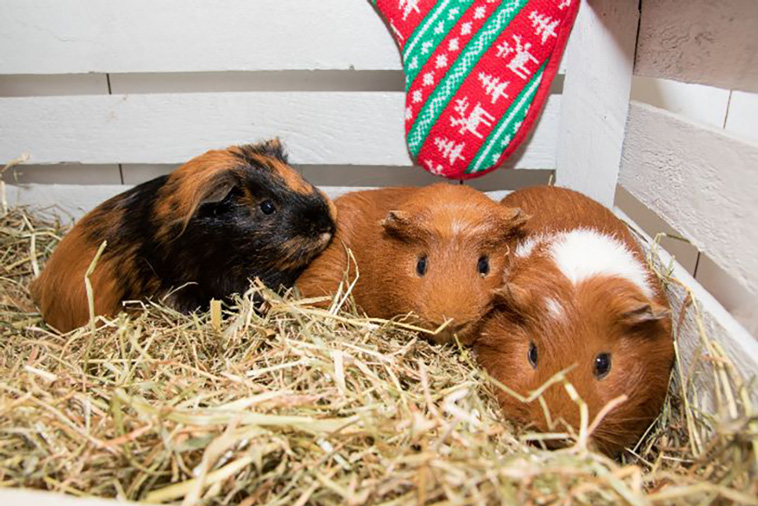 My guinea pigs get so excited about fresh veggies that they have to throw it around in celebration first before eating it. The best is whole tomatoes, they brain each other with them and they’re so focused on stealing their buddy’s tomato that they just keep getting smacked in the head. 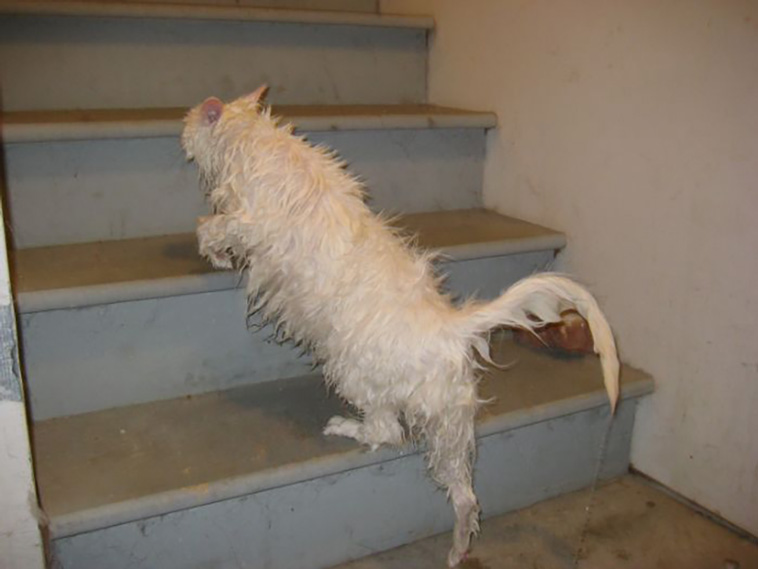 My cat fell asleep on the garden fence in the sun and must have forgotten where she was. She always stretches out then rolls when she wakes up.

She rolled right off the fence into our pond.

Oh ive got a good one.

My cat, Ollie, is a black and white tuxedo and at the time of this story was about 4 months old (happy birthday geezer hes 14 years today).

He was harness trained and it was nice outside so I took him with me to my apartments leasing office to pay rent. We both saw the bumble bee lazily floating around the grass on the way.

I’m walking he’s following, we say hi to the leasing agents who love him, because KITTEN, but eventually it’s time to go back home.

I open the door and let him through and we start waking the few mins back to my apartment. The leash goes completely taught and I turn around to see why and I see my tiny confused cat, standing there. Staring at me. With a look of prowess that quickly turns to confusion. I’m puzzled. “What’s up buddy, you ok?”

Then he opens and closes his little mouth.

Just enough for me to see the enormous bumble bee inside.

So I’m standing on the sidewalk, holding my cats leash, dumbstruck, because what do I do??? Do I try to fight a kitten for a bee? Do I want to get stung? Do I want him stung in the mouth? What if he swallows it??

And that stupid little cat just popped his mouth open and let the bee fly away. I swear I could see the cartoon dotted line leaving his mouth as it flew away, plus some cat saliva. 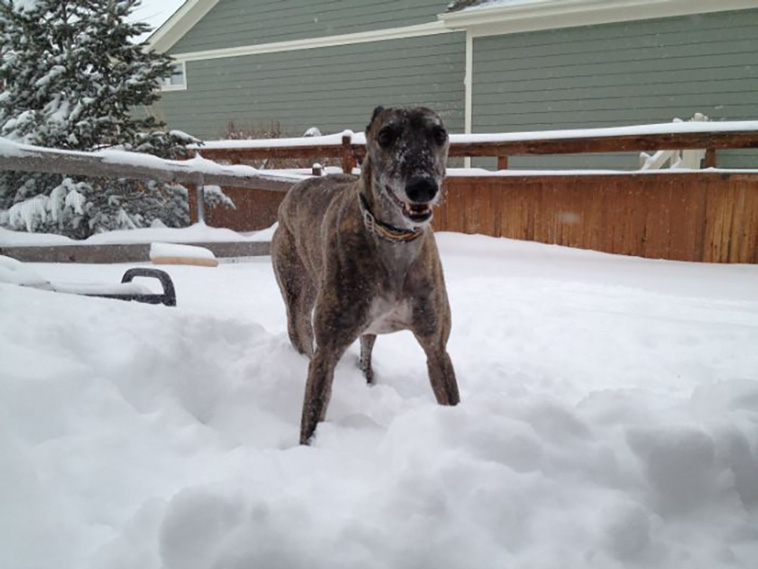 My greyhound is a retired racer. He’s never seen a lot of snow… but he adores it. Until he saw his first snowman. He began to scream (as greyhounds do) as if it was the most terrifying thing in the world. 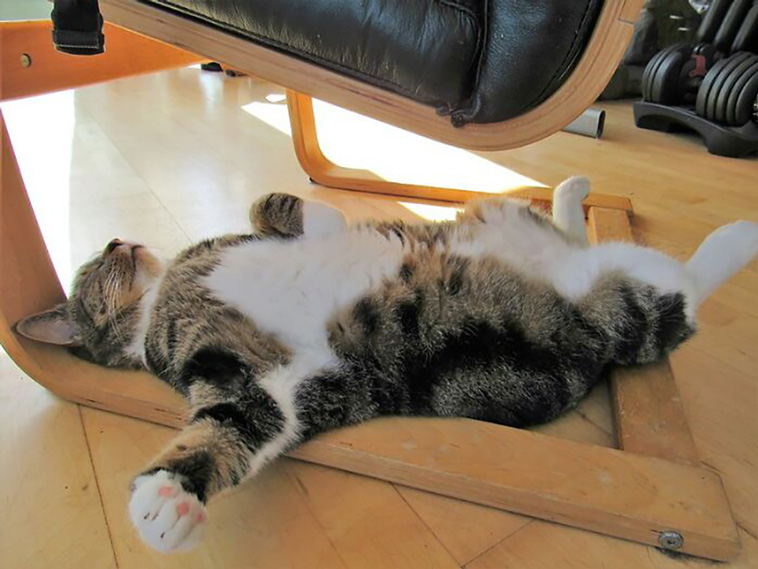 We have a cat, Wednesday, but we literally call her Stupid more than anything else.

In the ~year we’ve had her [we got her at 5mo old] she’s:
– Gotten her face stuck in mesh and rather than backing out, pushed forward until her face contorted into Joan Rivers fresh after a bad lift
– Tried to get into multiple boxes that hadn’t even been opened yet
– Tried to get into opened boxes in precarious places, then wonders why she’s on the floor
– Got mad at me when her tail touched me after she hopped up on the couch where I was sitting
– Got angry and growled repeatedly at the blinds for touching her
– She came inside soaking wet, watched the door close, demanded it be reopen, and when the weather hadn’t changed, she screamed at the indignation it was still raining 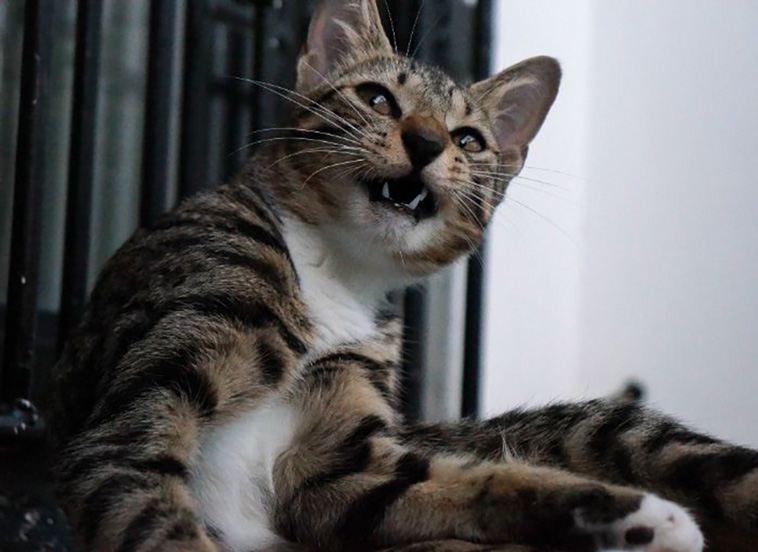 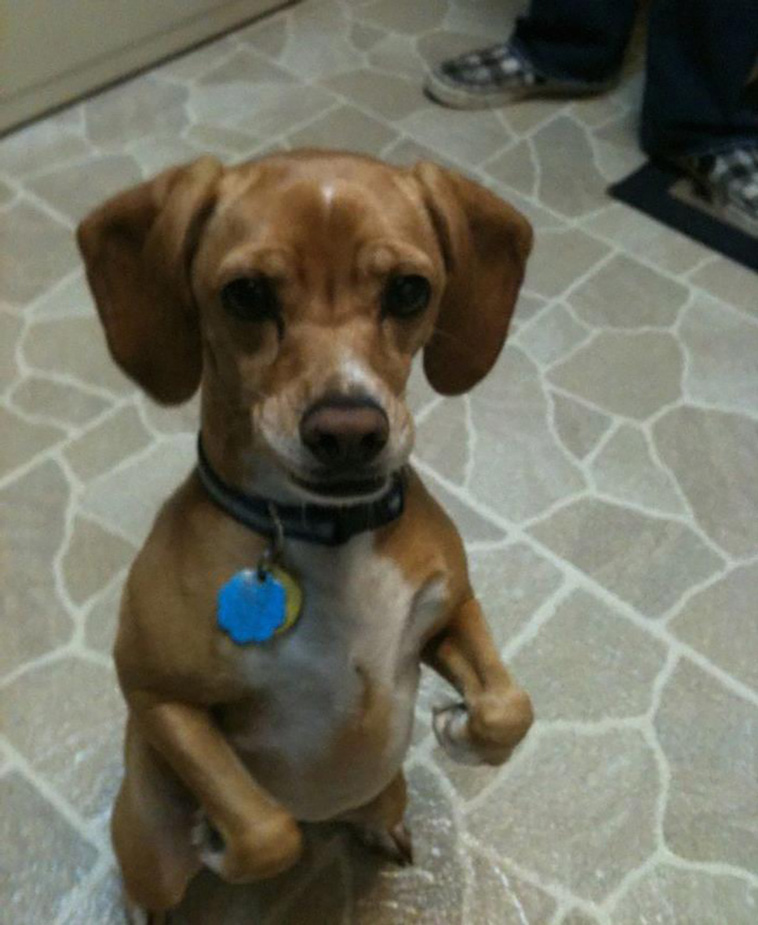 My dog keeps begging my mom for a piece of fruit, tries it and spits it out because she dislikes it and still wants more. 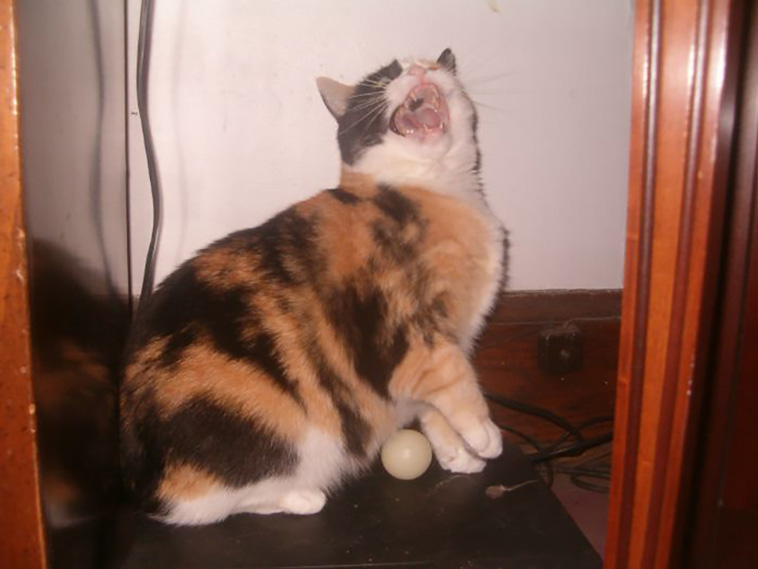 My cat bit a glass plate and got angry because she couldn’t eat it then went to bother the fishes and fell into the fish tank. 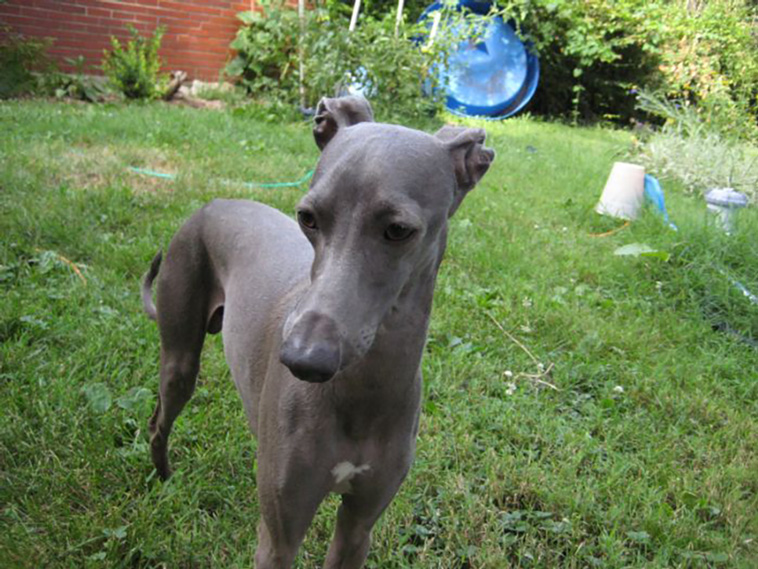 My greyhound finally caught up to a squirrel in the park before it went up a tree. She slowed right down, sniffed it and then just watched it run up the tree. She seemed so disillusioned by the experience. 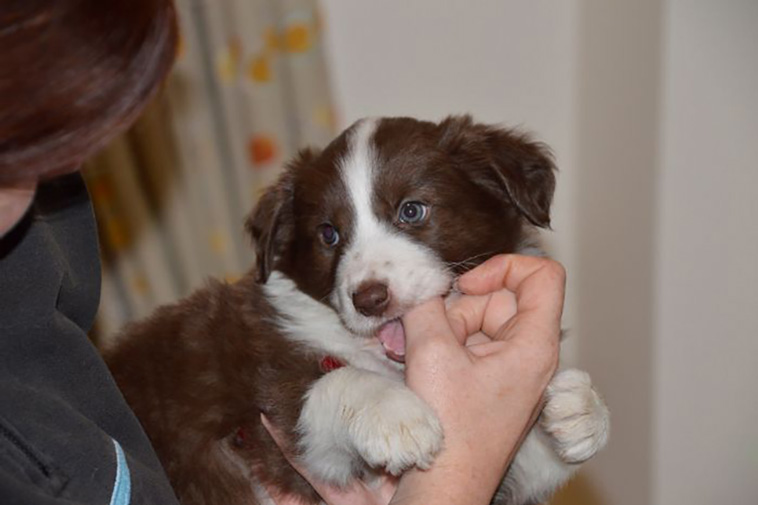 Our pup took a while to really understand how to scratch his face, and would just end up repeatedly kicking himself in the face with his back leg. He’s a little better at it now but still occasionally gives himself a bit of a kick rather than scratch.