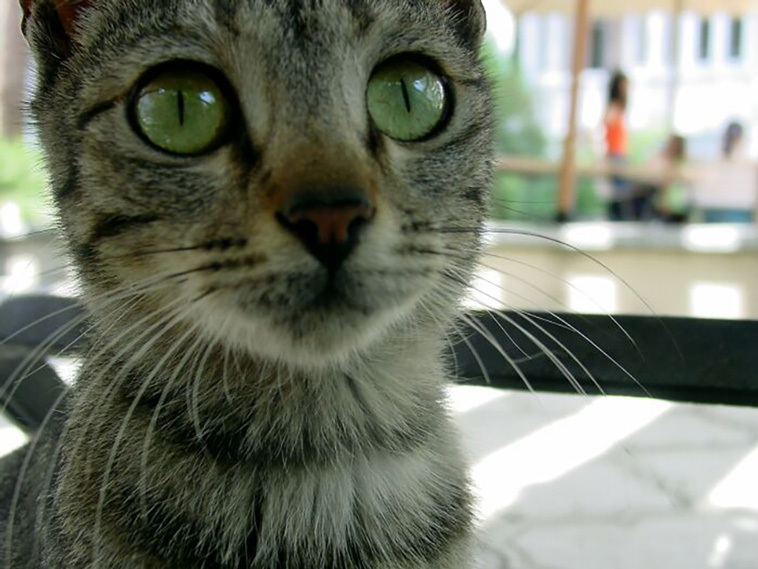 One time, my cat spotted a spider on my wall, since he was staring so obviously I was able to notice too. Grateful, I gave him treats and cuddles. He did it again a week later, same thing. Then one time he looks around frantically and I jump up to go check but I don’t see a spider. He looks at me expectantly. After a few times like this I realized he learned that looking around intensely at stuff means treats, love and attention.

It’s now been 4 years and he will still look at me then pointedly look around the apartment, then back at me, expecting a reward. Has it resulted in him spotting the occasional bug? Yes, especially since over the years I’ve learned the slight difference between his real expression and the fake “I want treats” one. Still, even if I know it’s all a lie, it throws me off and sometimes I give in and look anyway. Maybe I’m imagining it but he always looks so satisfied afterwards, the fluffy jerk. 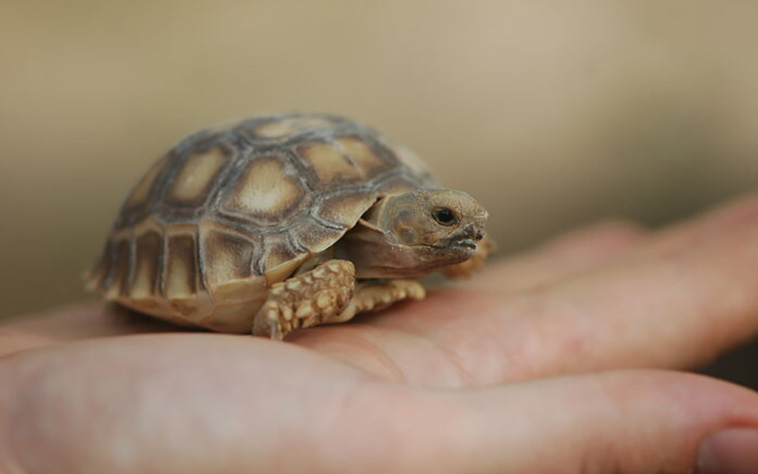 My tortoise stands on my foot when he is hungry. 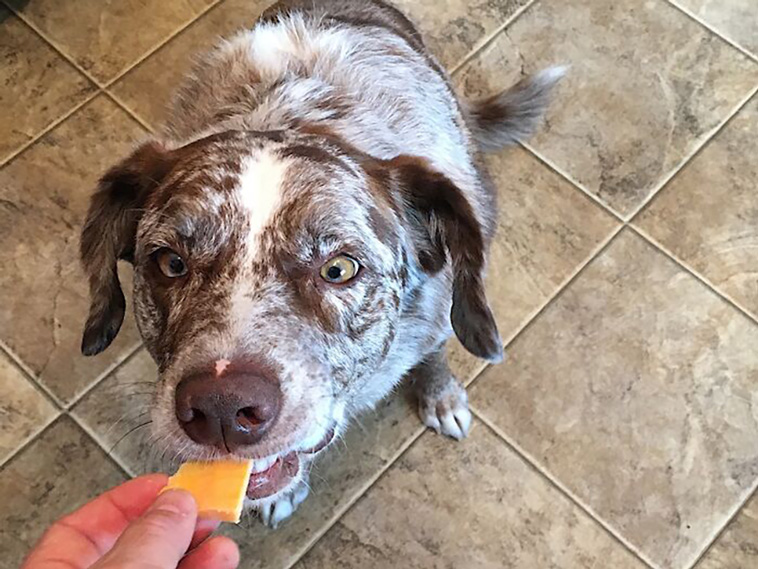 My dogs know the sound of the drawer the cheese is kept in the fridge. They could be asleep in a completely different area, but if you open the cheese drawer they come running and sit like good boys for their cheese. They are herding dogs and will also herd the cat away if she won’t stop meowing at me when I’m busy or if she tries to scratch anything. 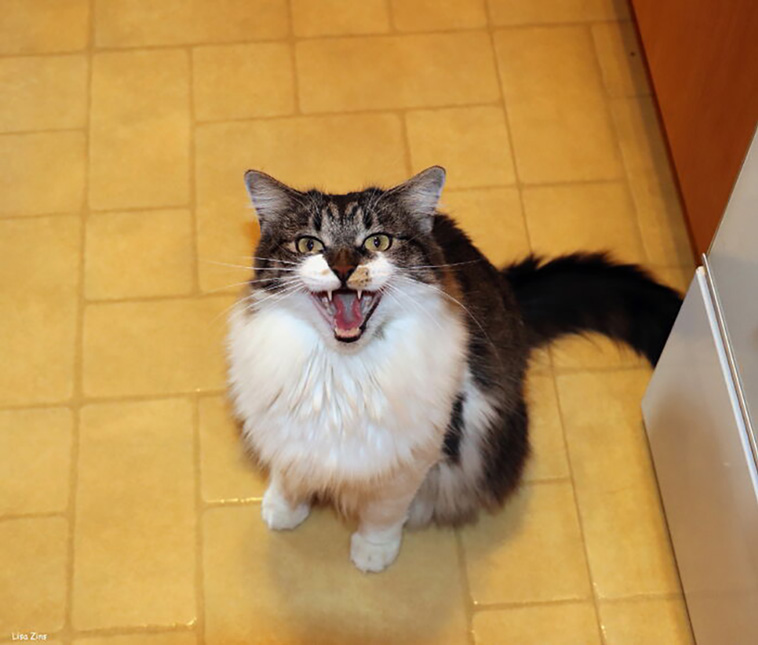 Get wet food at 4:00 am every day. I wake up early during the week and feed him wet food right away. Of course he doesn’t care that it’s the weekend. His internal alarm clock is down to minute with precision. And because he’s a cat, and an asshole, if we don’t get up and get his food, he howls loudly through the house, opens shutters, walks on our faces, nudges our noses with his nose….he’s so relentless it’s not even funny. But we love him. 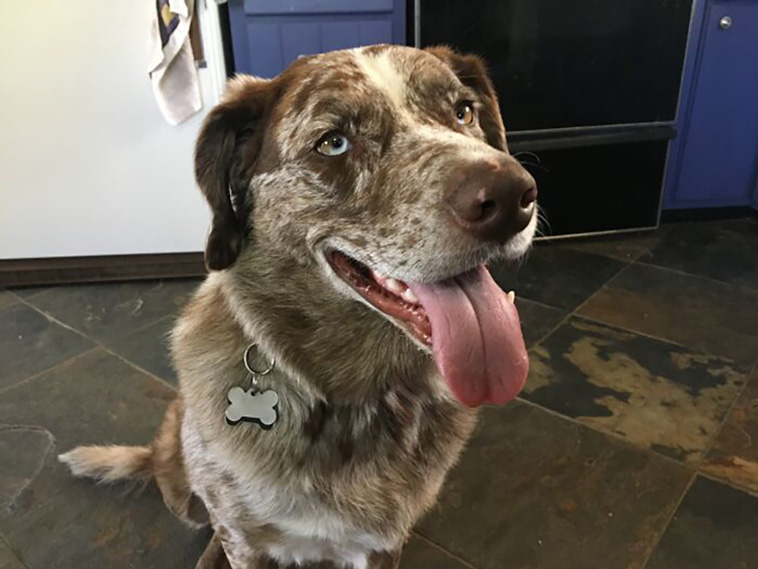 After my roomate got a cat, my dog answers to “Kitty Kitty Kitty” cause he wants love and/or treats 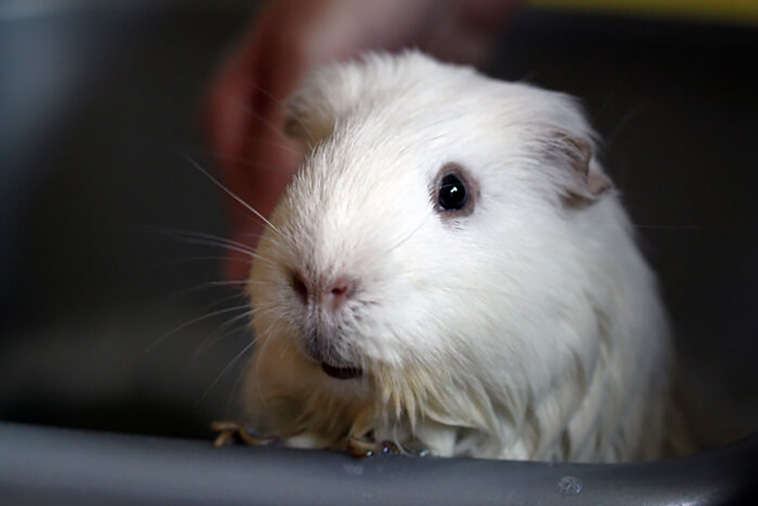 Every time I open the veggies draw in the fridge my guinea pigs begin to squeal with excitement, thinking it is food time even if I just fed them…lll 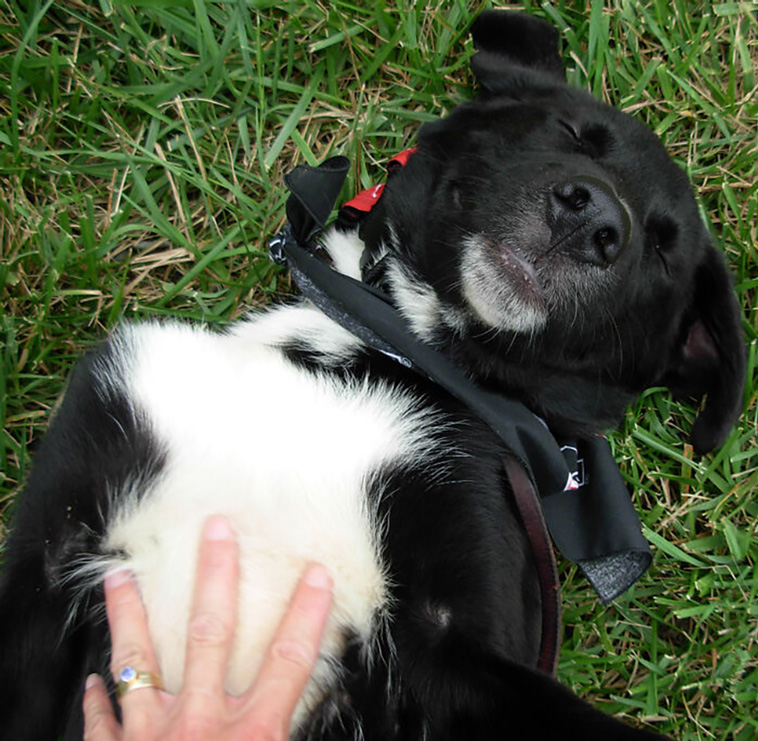 Every morning when I wake up I rub my dog’s belly. Now whenever I say good morning she will lay on her back for belly scratches. 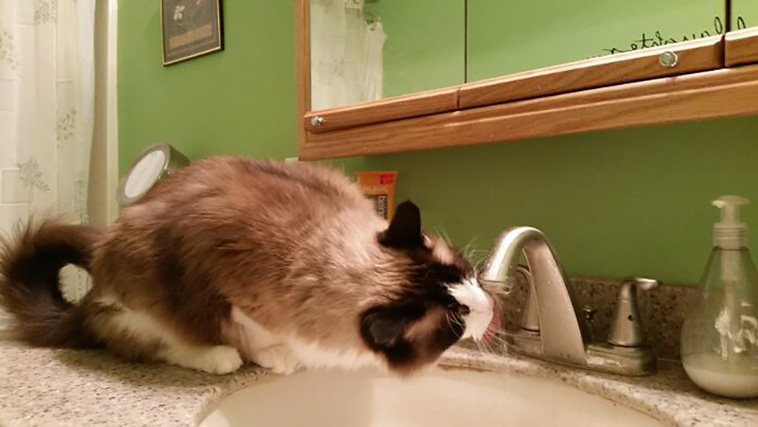 My cat knows my bathroom schedule. When I have to pee after getting home from work, she’ll dart into the bathroom and wait for me to put her on the counter. Then I turn on the tap and she drinks the water. I have no memory of how this started. 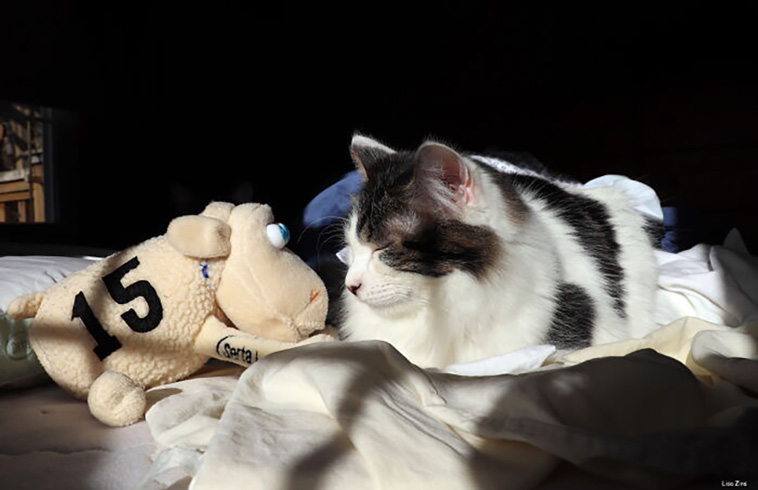 One of my cats has a favorite toy that he brings me sometimes, and when he does I praise him for his catch. Now either I’ve trained him into thinking he has to bring it to me to receive affection or he’s trained me into recognizing when it’s OK to give him affection. Or a little bit of both and it’s just a little nice communication tool 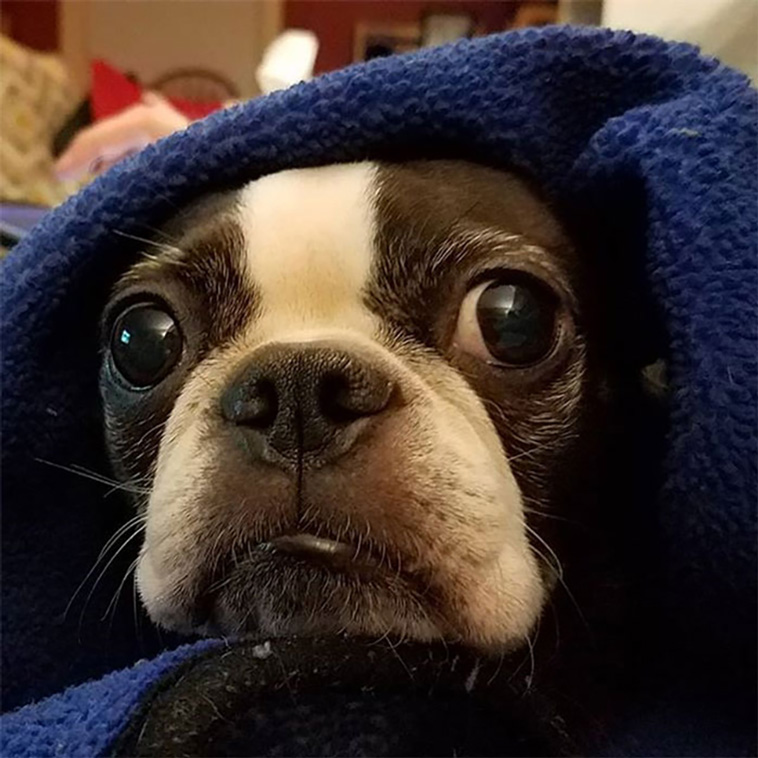 My one dog sleeps under a blanket. I know he pretty much only gets a decent sleep that way, so every time he’s laying down I cover him with one.

So whenever he wants to have a nap, or it’s time to go to sleep at night, he jumps up onto the couch, or bed, or really wherever I am, and just sits there starring at me, until I grab a blanket and drape it over top of him – to which he then lays down and falls asleep.

The funny part is that he’ll often sit there in that position waiting for minutes on end. Sometimes he’s not even facing me when he does it which is the funniest. He’ll get up on the bed, put his ass in my face, sit, and just wait. He knows he doesn’t even feign loving me to get what he wants, he just knows it’s going to happen so why put up a facade? He’s become very entitled about it.

2) Whenever I bring my dogs in from a walk or from the back yard, I give them a treat, which I keep in the kitchen. So whenever we come in, they run to the kitchen and get in the sitting position (‘sit’ is always the first command in a string of commands that I use when giving them treats). If I forget, they’ll sit there for however long it takes for me to circle back around and give them a treat – sometimes this takes 5-10 minutes if I’m distracted; but they’ll just sit there waiting.

They have trained me well.