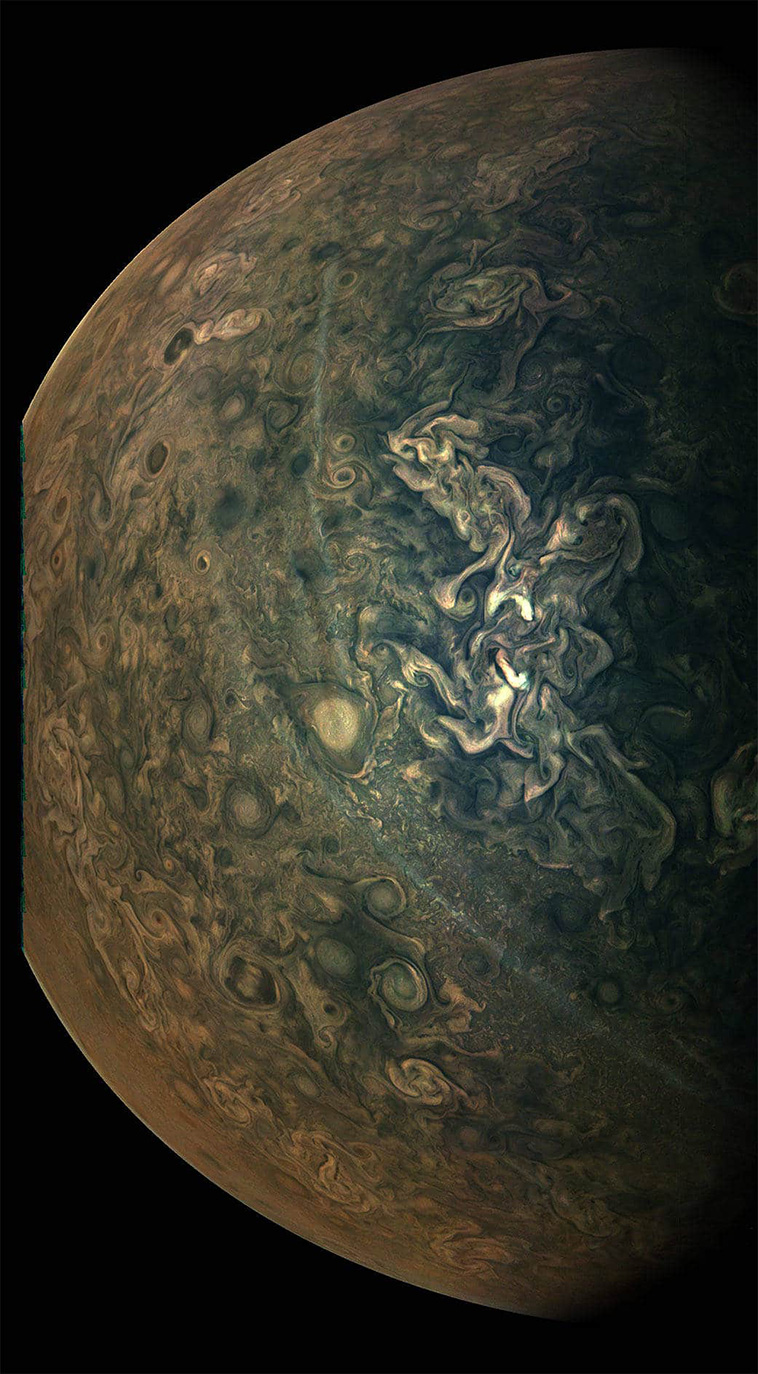 NASA’s Juno mission captured this look at Jupiter’s tumultuous northern regions during the spacecraft’s close approach to the planet on Feb. 17, 2020. 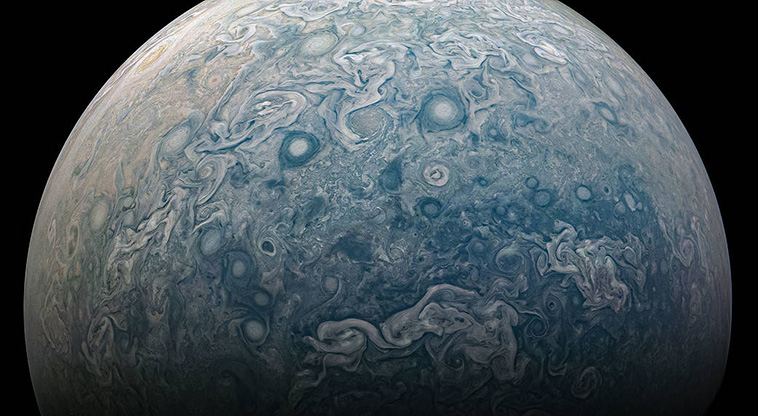 During its 24th close flyby of Jupiter, NASA’s Juno spacecraft captured this view of a chaotic, stormy area of the planet’s northern hemisphere known as a folded filamentary region.

Here are more of NASA’s mesmerizing images of Jupiter. 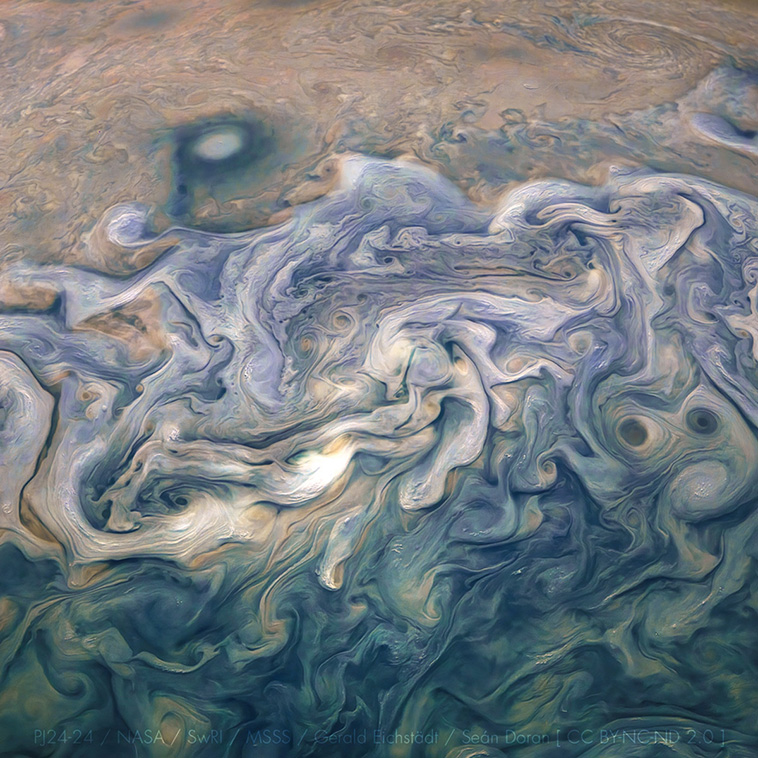 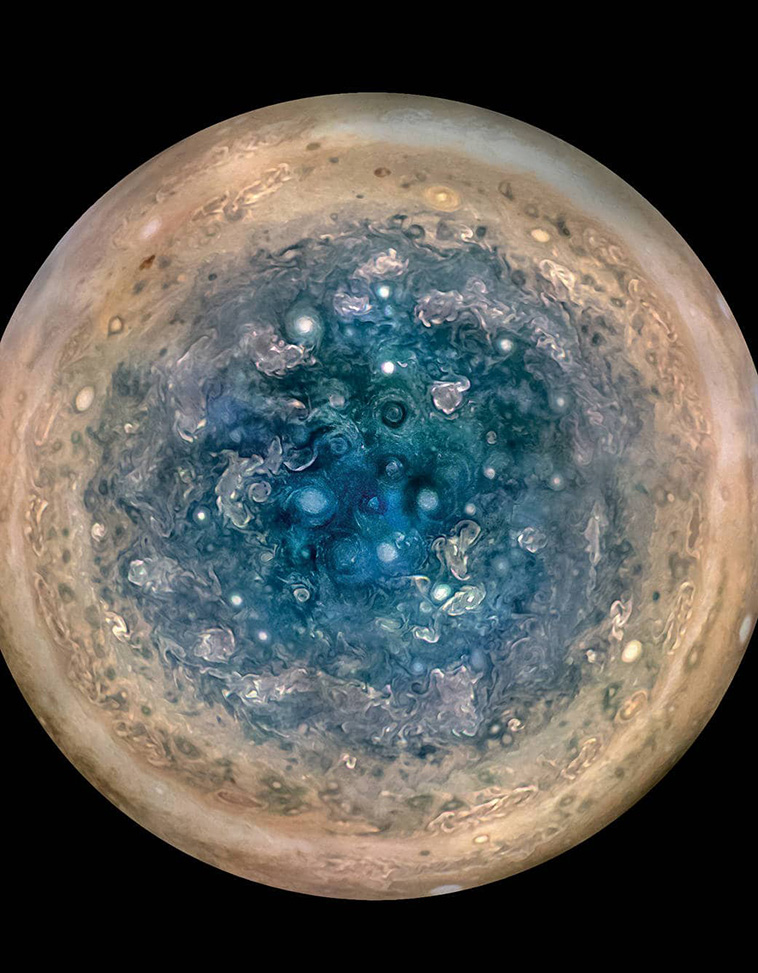 This image shows Jupiter’s south pole, as seen by NASA’s Juno spacecraft from an altitude of 32,000 miles (52,000 kilometers). 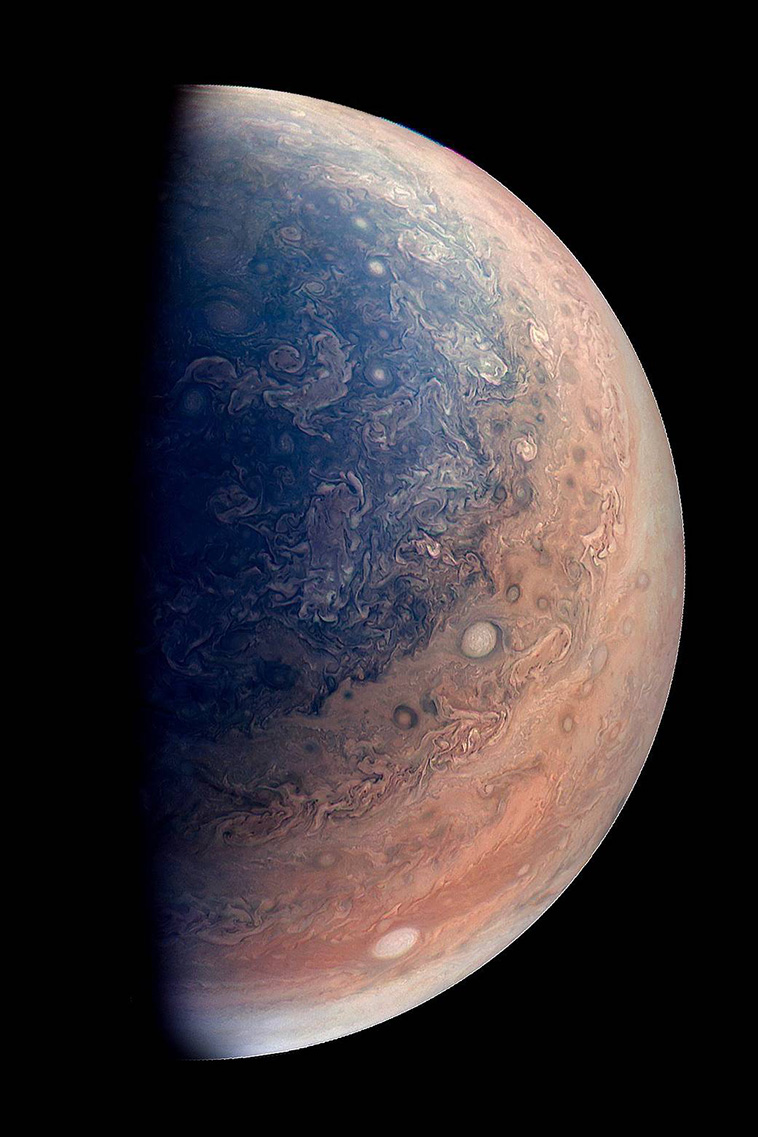 See intricate cloud patterns in the northern hemisphere of Jupiter in this new view taken by NASA’s Juno spacecraft. 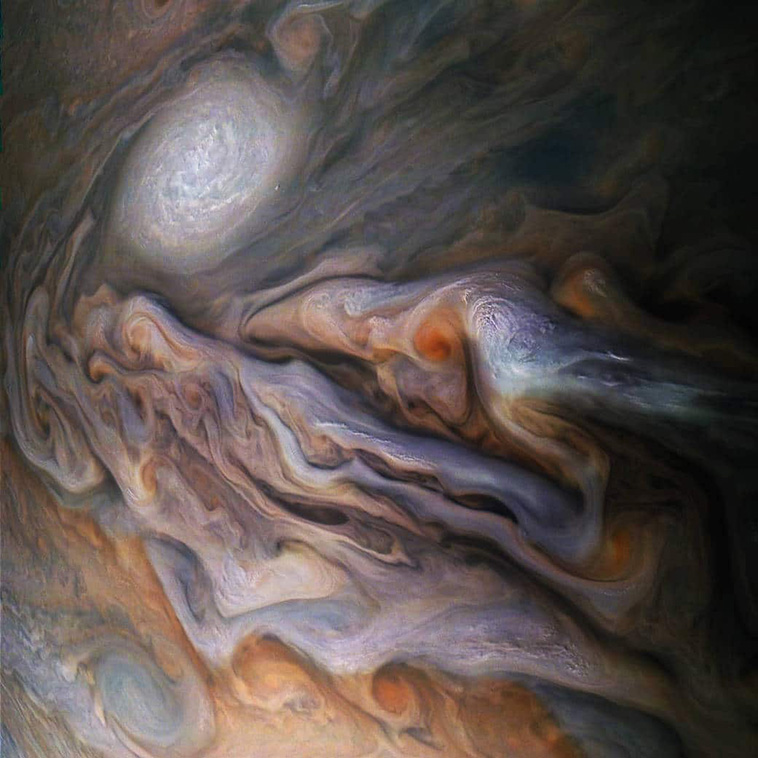 A multitude of swirling clouds in Jupiter’s dynamic North North Temperate Belt is captured in this image from NASA’s Juno spacecraft. 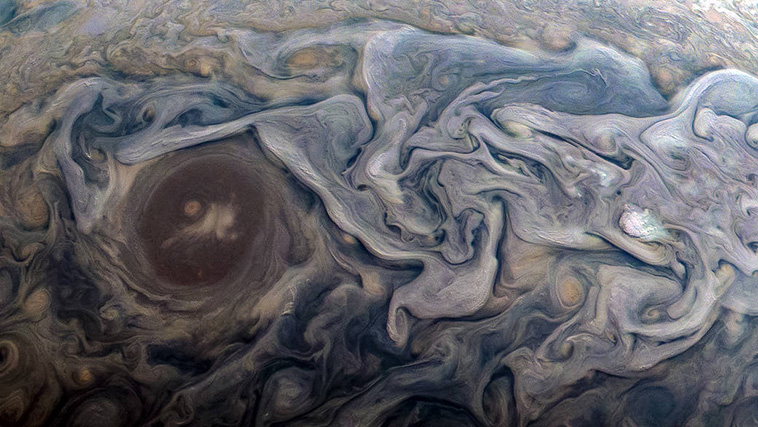