NASA cameras recently caught an unusual rectangular iceberg floating off the Larsen C ice shelf in Antarctica. According to scientists, the iceberg’s sharp angles and flat surface are an indication that it had probably recently broken off the ice shelf. 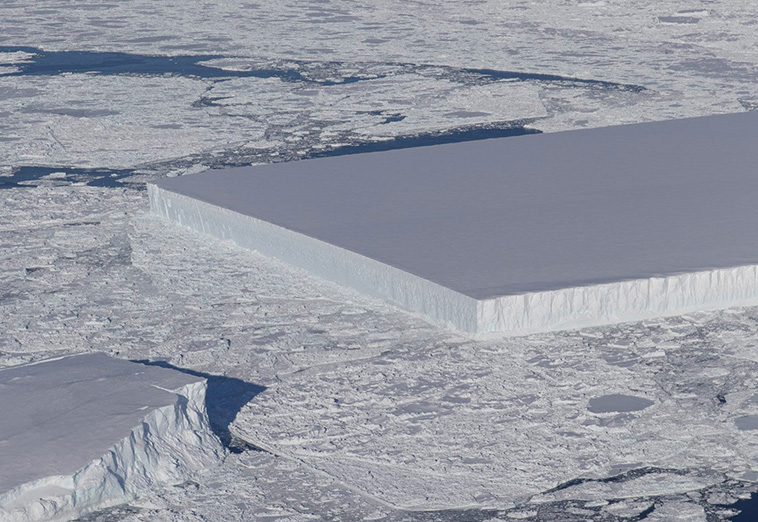 We get two types of icebergs: We get the type that everyone can envision in their head that sank the Titanic, and they look like prisms or triangles at the surface and you know they have a crazy subsurface. And then you have what are called ‘tabular icebergs.’

Tabular icebergs are wide and flat, and long, like sheet cake. They split from the edges of ice shelves — large blocks of ice, connected to land but floating in the water surrounding iced-over places like Antarctica.

Tabular icebergs form through a process that’s a bit like a fingernail growing too long and cracking off at the end. They’re often rectangular and geometric as a result. 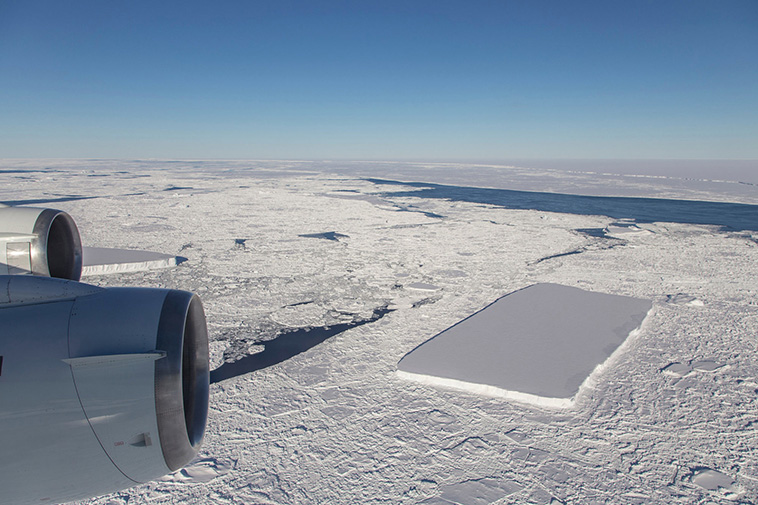 From yesterday's #IceBridge flight: A tabular iceberg can be seen on the right, floating among sea ice just off of the Larsen C ice shelf. The iceberg's sharp angles and flat surface indicate that it probably recently calved from the ice shelf. pic.twitter.com/XhgTrf642Z