Hells Angels, a motorcycle gang associated with organized crime are famous for riding their Harley-Davidson motorcycles and wearing cut-offs with the Hells Angels insignia. In 1965, LIFE photographer Bill Ray spent several weeks in Southern California, photographing and traveling with the gang that would soon become notorious for its hedonistic, lawless swagger. 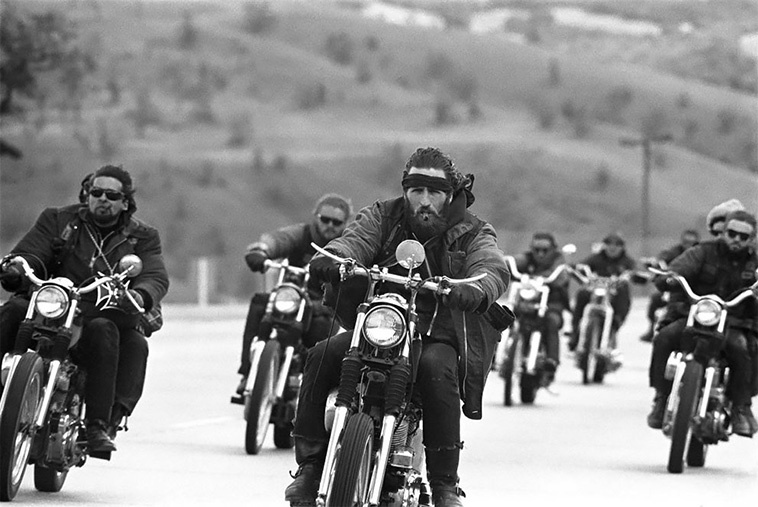 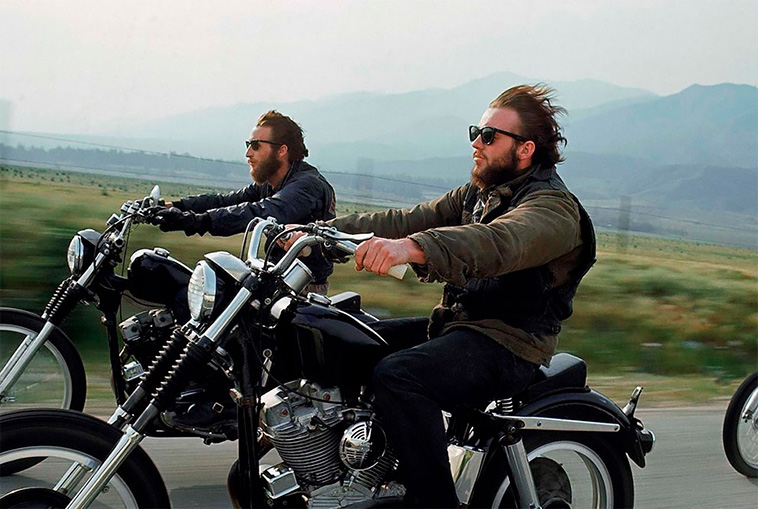 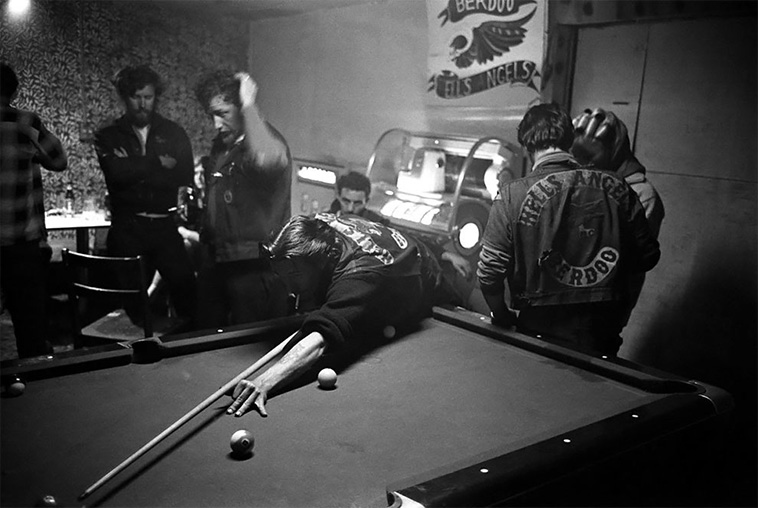 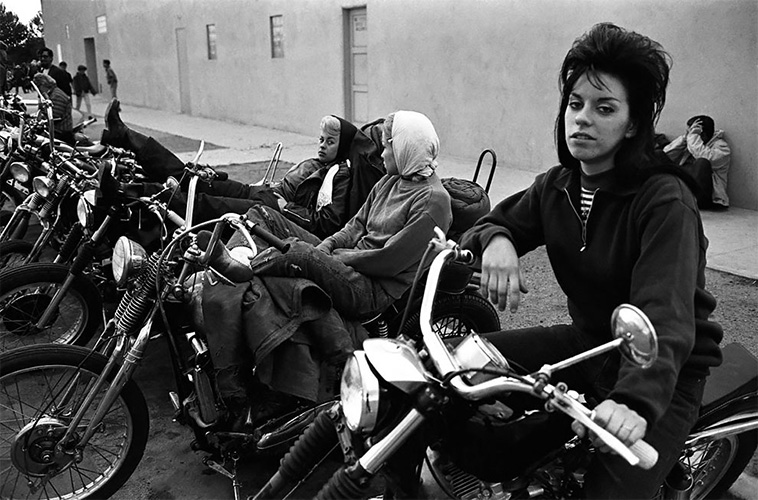 Hells Angel “Hambone” poses during a ride from San Bernardino to Bakersfield, Calif., 1965. 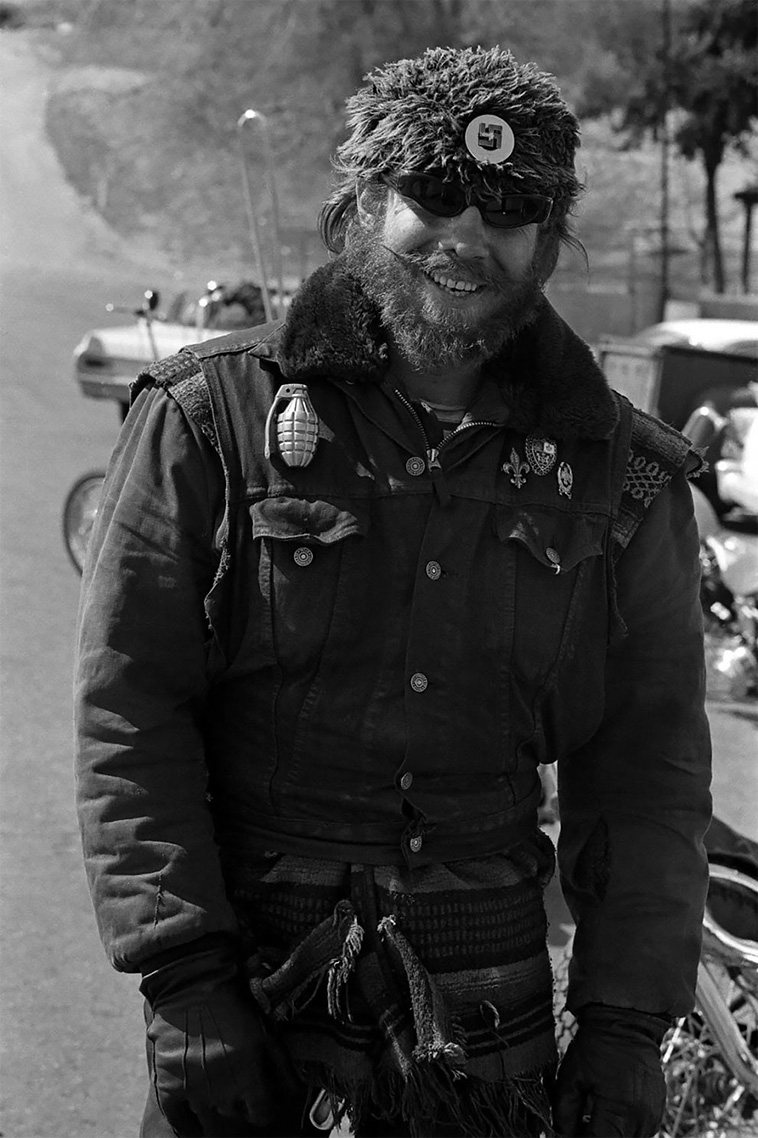 Hells Angels and locals outside the Blackboard Cafe in Bakersfield, Calif., 1965. 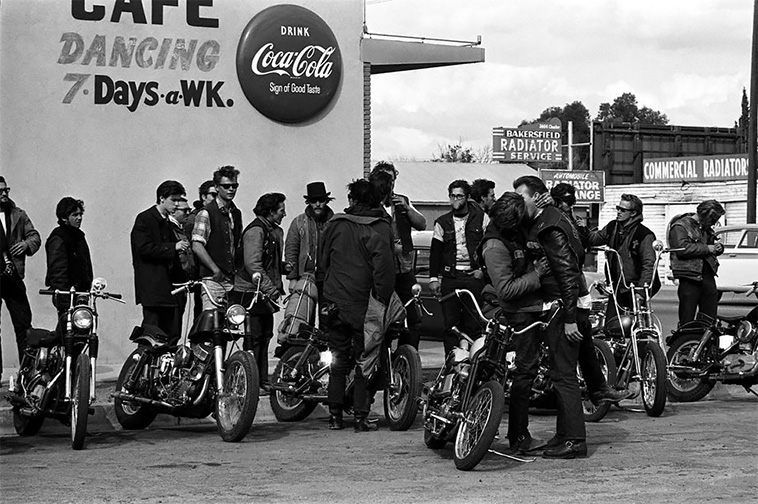 Hells Angels, their old ladies and hangers-on outside the Blackboard in Bakersfield, California, 1965. 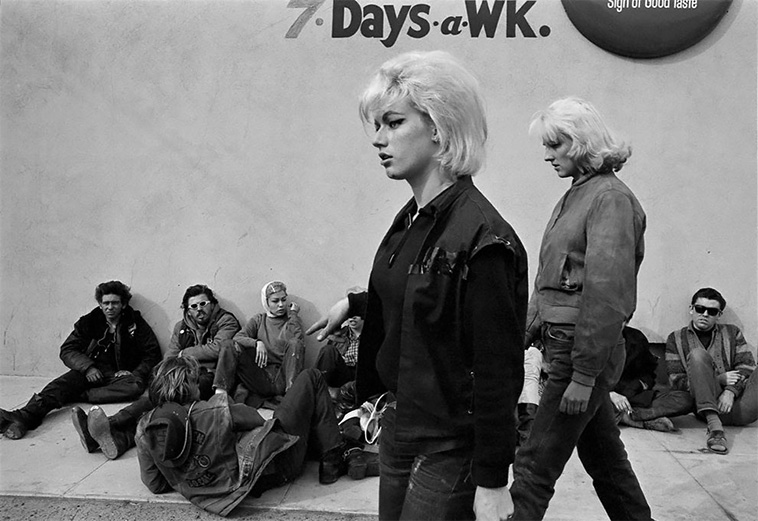 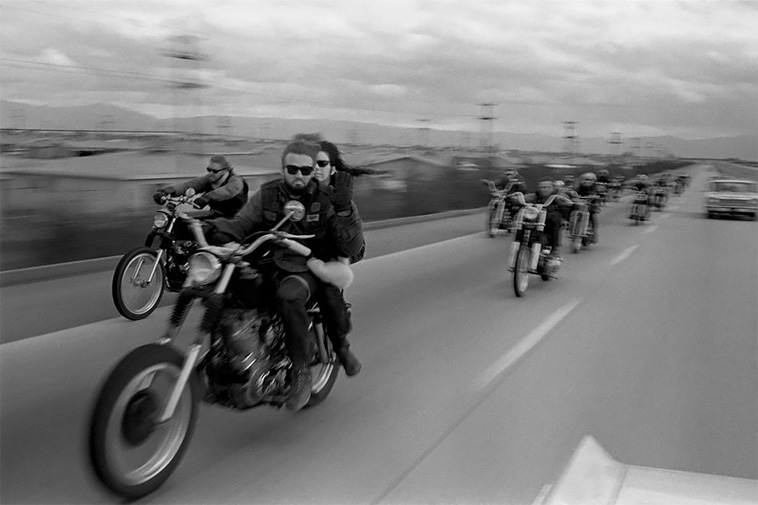 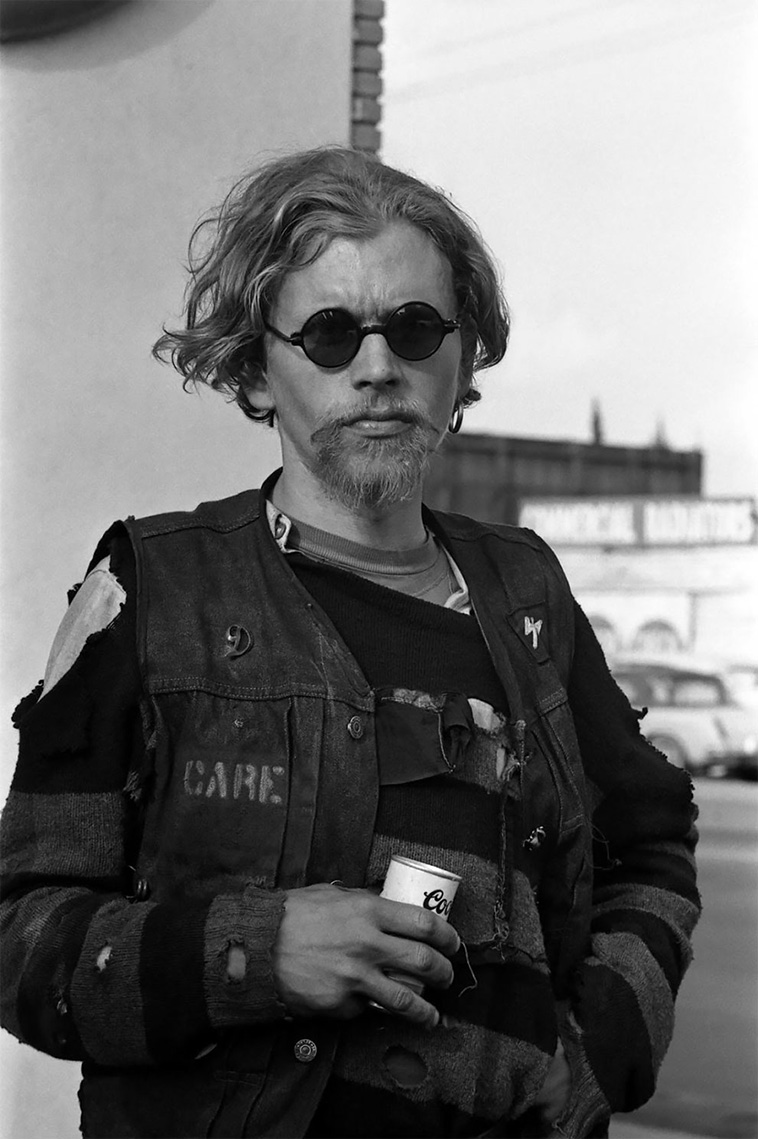 Women – including one with a bandaged nose – hang out in a bar while bikers gather in a separate room, California, 1965. 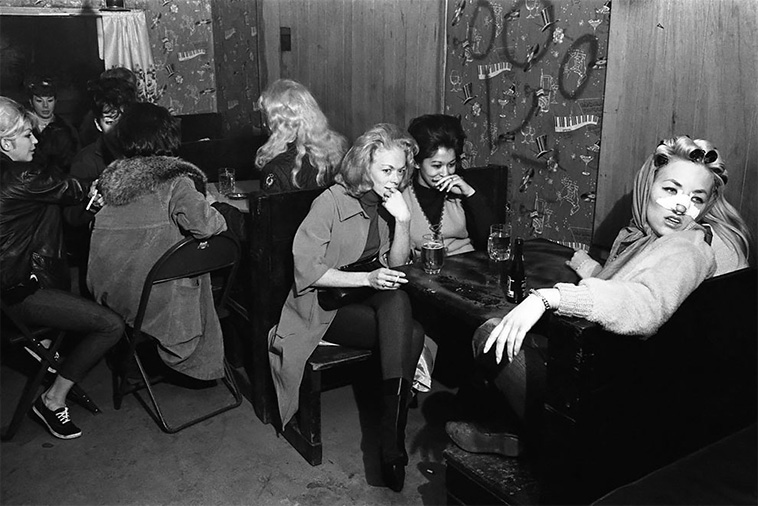 Two women riding with the Hells Angels hang out at a bar in 1965. 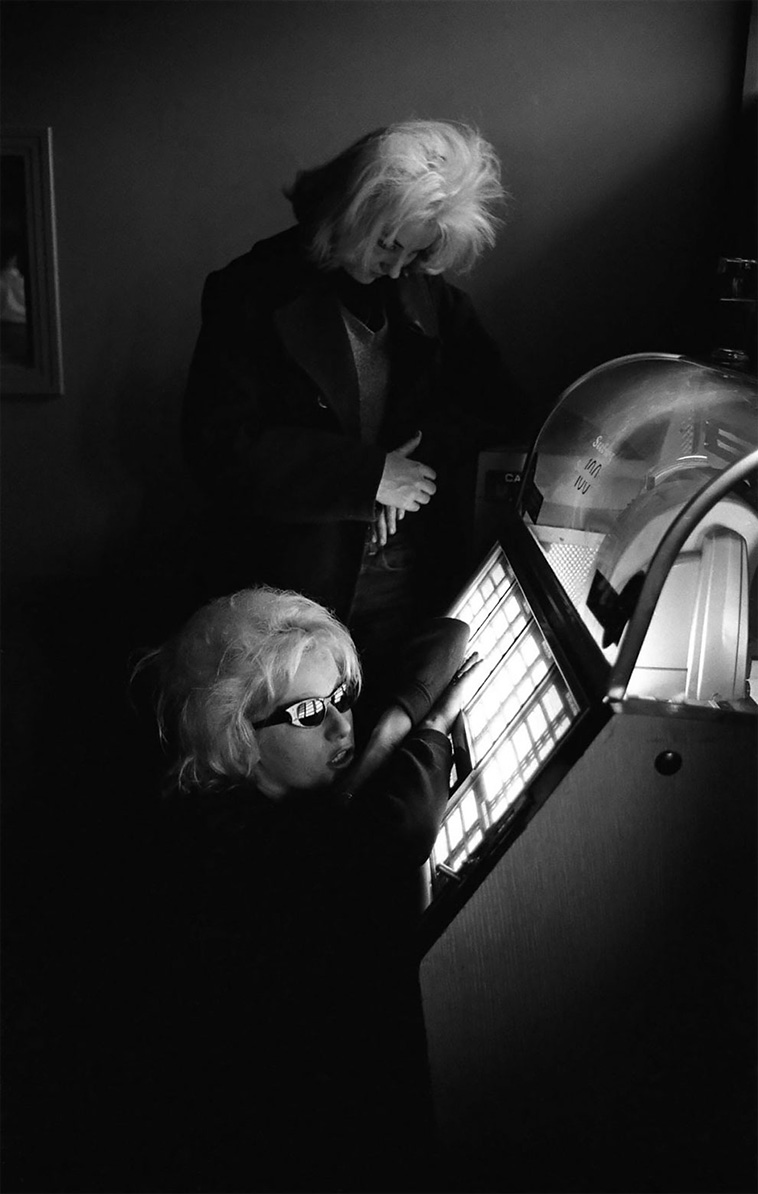 A teenager seems drawn, like a moth to a flame, by the Angels and their machines, California, 1965. 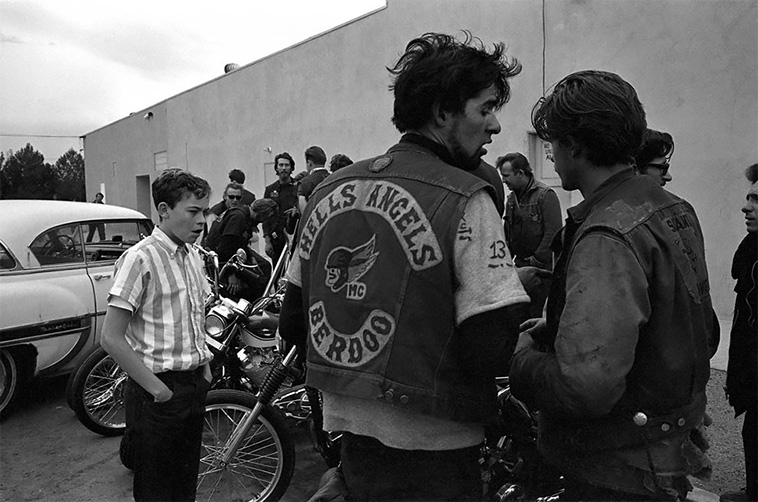 An Angel is frisked. Cops were mainly looking for his stash of unrolled marijuana, and didn’t find any. It was inside the seat pad of the bike he was riding. 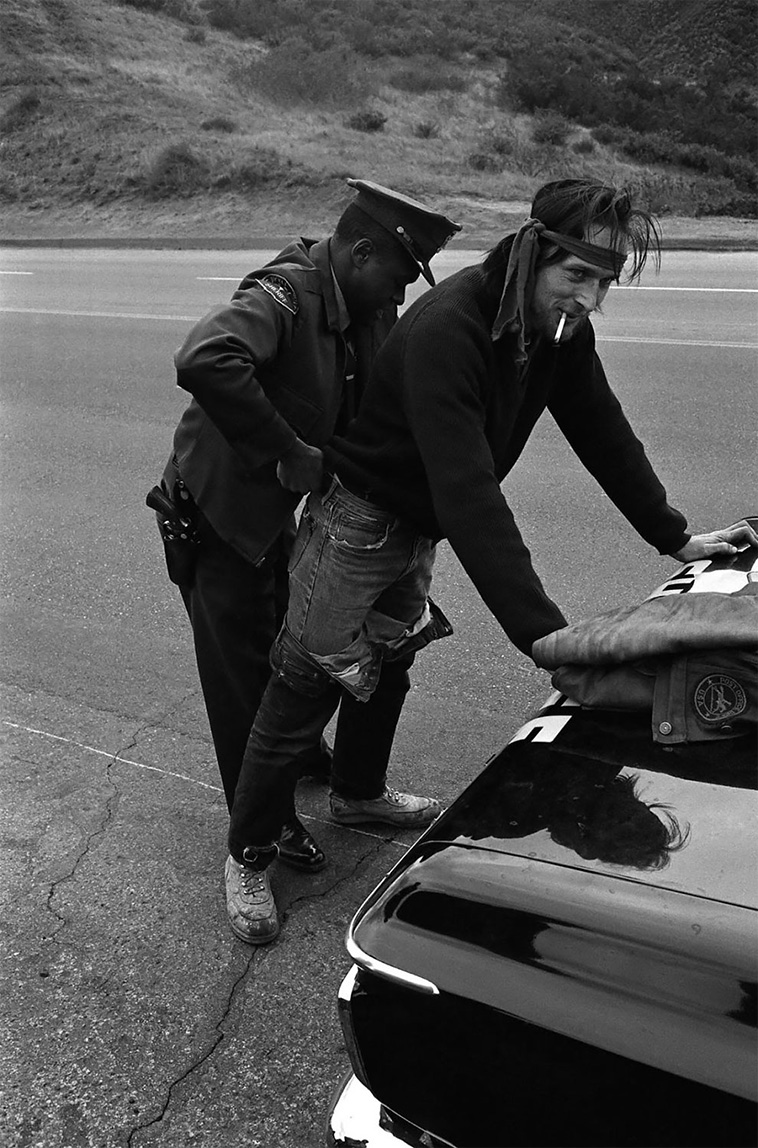 A Hells Angel – with his old lady holding on tight — pulls a wheelie in downtown Bakersfield, California, as his friends watch, 1965. 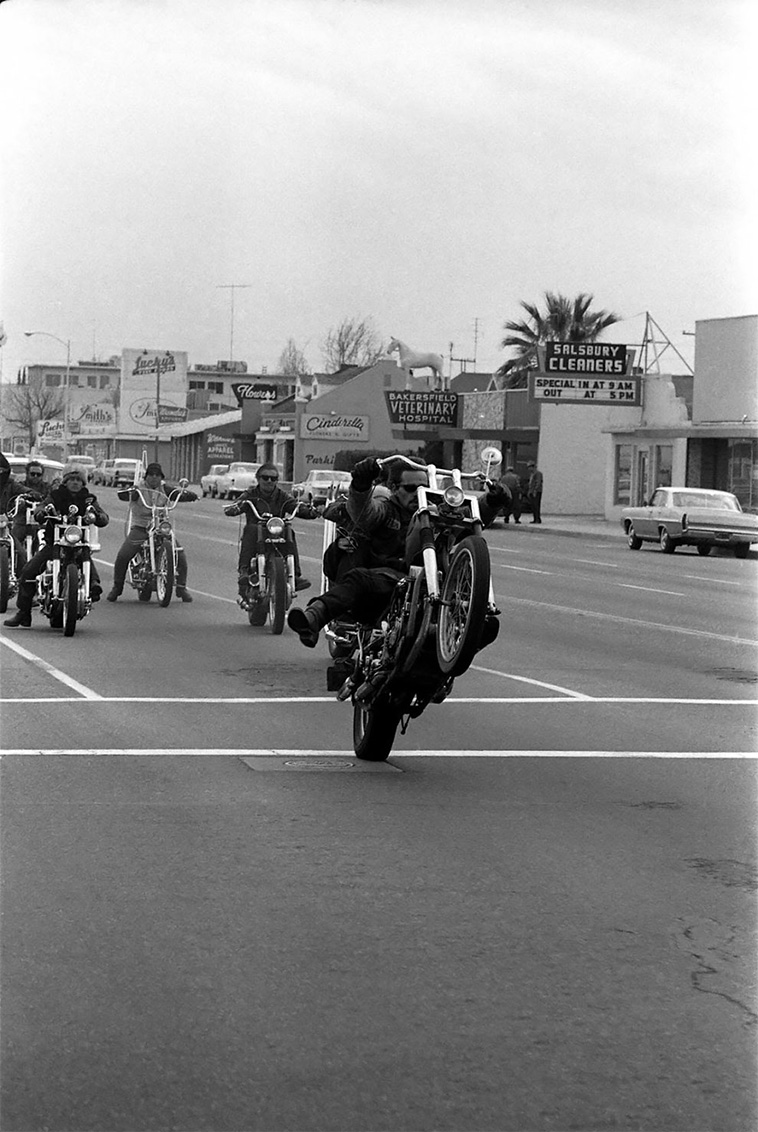 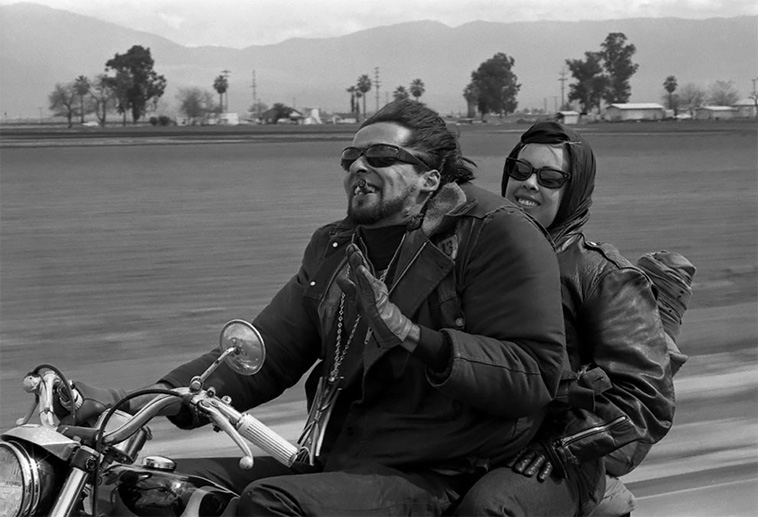