With photoshop anything is possible, but it is fascinating to see how creative photographers were before its time.

There’s something about floating translucent bubbles that’s always seemed futuristic, from the ’60s right up to the present day.

‘Bubble on the Seine’ The Victoria and Albert Museum in London recently named this photo, “Bubble Seine,” as the most iconic image in 100 years of fashion.

For the Harper’s Bazaar Spring 1963 issue, Melvin Sokolsky (born New York City, 1938) reworked a dream he’d had after seeing Hieronymous Bosch’s The Garden of Earthly Delights (c. 1500). In the painting, a couple appears to be trapped in a bubble emerging from the earth below. In Sokolsky’s dream, he watched himself floating inside a bubble over unusual worlds. “With the awareness that I was prone to live in my own head much of the time, and inclined to severe self-criticism,” said Sokolsky, “I began to have doubts whether I could create images on film that reflected the images in my mind’s eye.”

“Just admit that it’s Photoshop”, people tell fashion photographer Melvin Sokolsky when looking at his iconic photograph of model Simone D’Aillencourt landing in a glass bubble on the River Seine in Paris.

“But it was 1963,” says Melvin who designed the bubble for the surreal Harper’s Bazaar magazine spring shoot. The plexiglass bubble was hung from a cable on a crane in various locations around Paris.

Nowadays, a shoot like this would be entirely the work of Photoshop; no crane, glass bubble (or even a real model?) necessary.

“There is no retouching on this picture other than taking that cable out. Nothing is stripped in. I’ve heard people tell me it’s the greatest stripping job…. and they won’t have any part of it”. 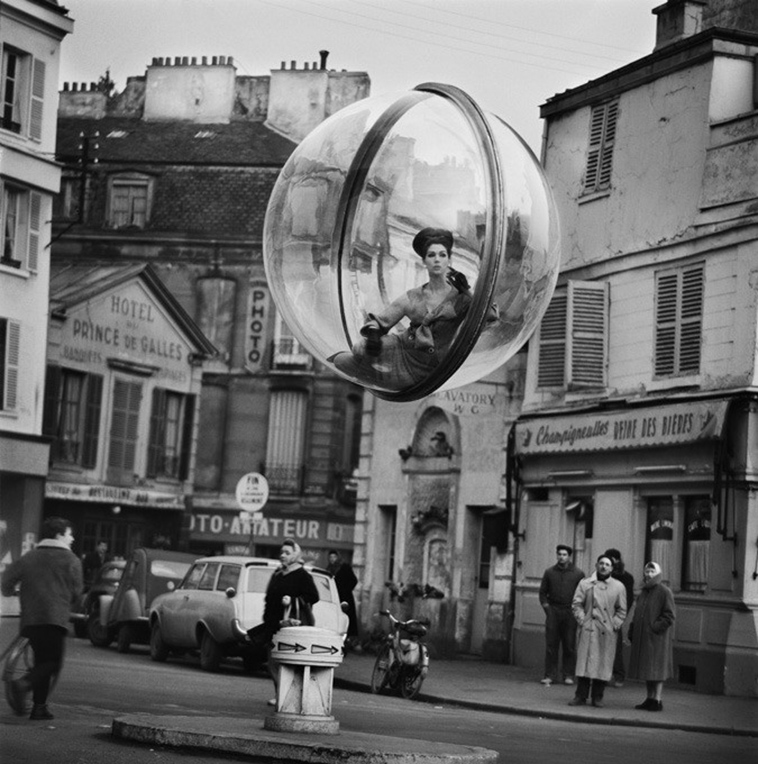 The bubble, made of plexiglass and aircraft aluminum, took ten days to manufacture. 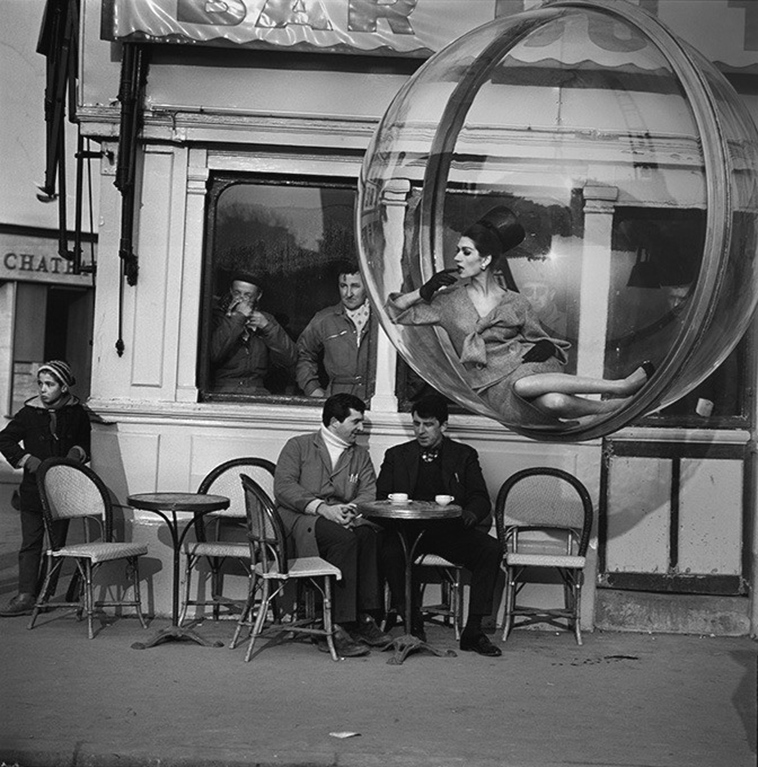 The only retouching in these photos, according to Sokolsky, was involved in removing traces of the 1/8th inch cable suspending the crane. 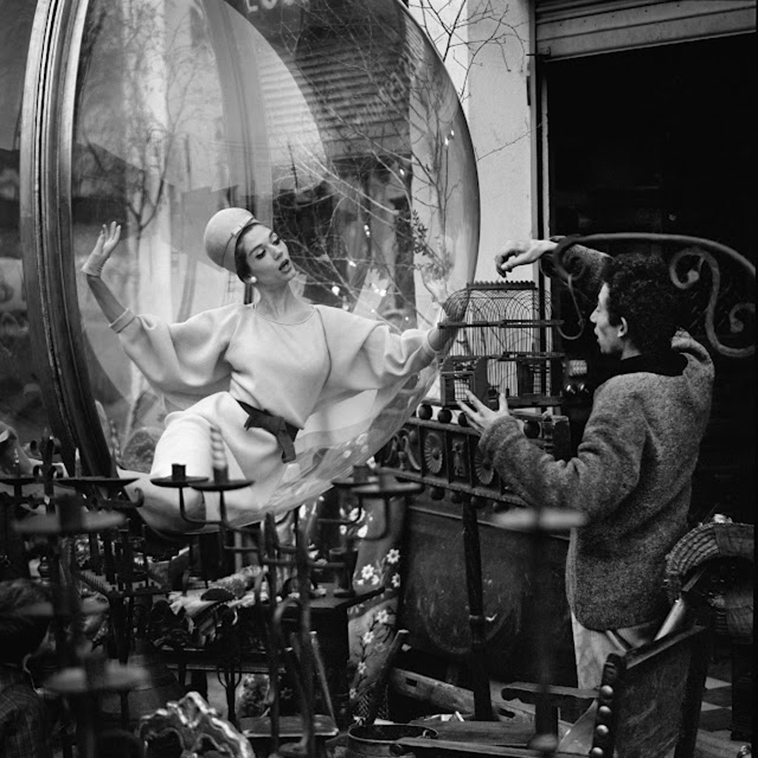 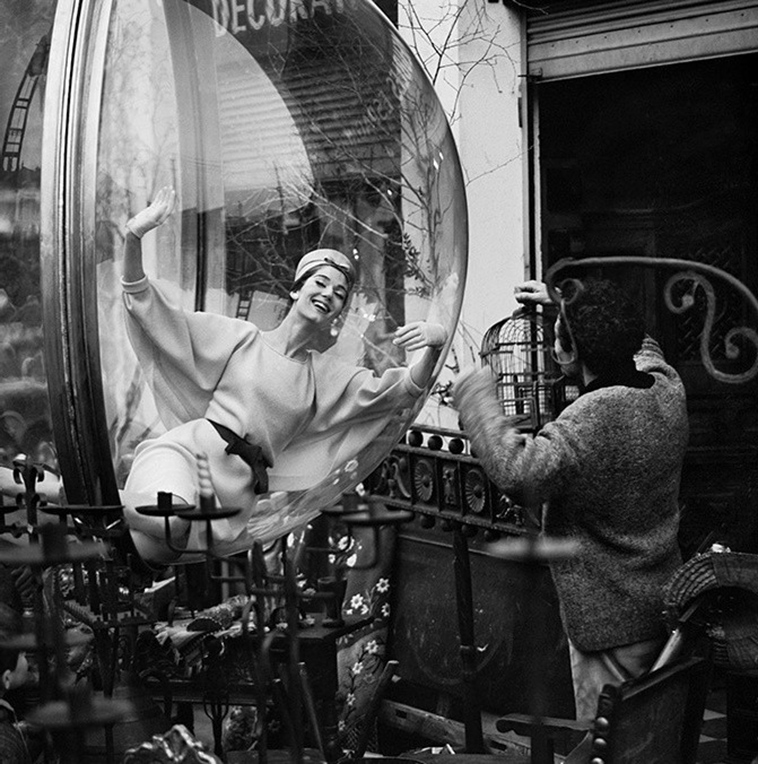 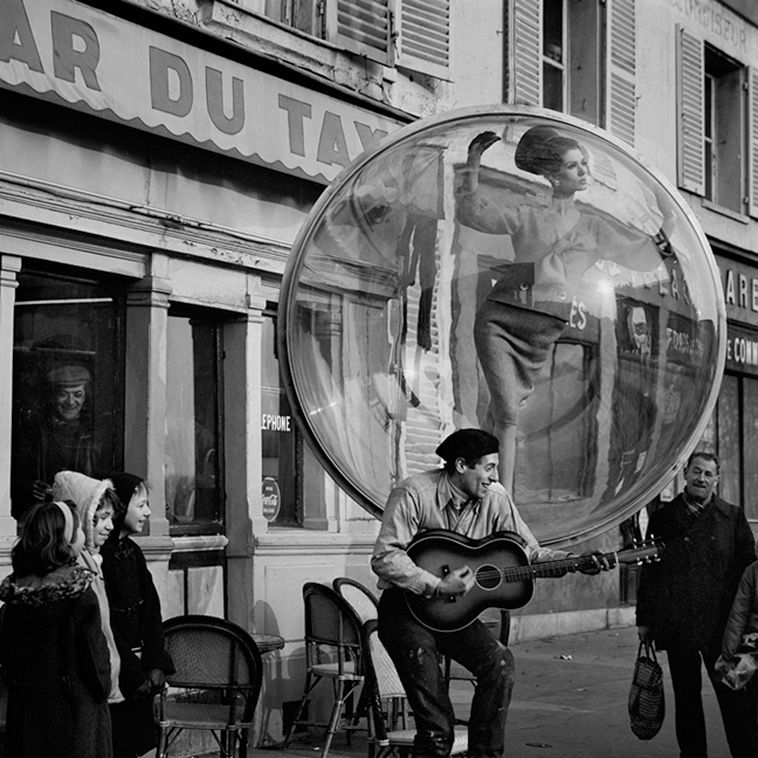 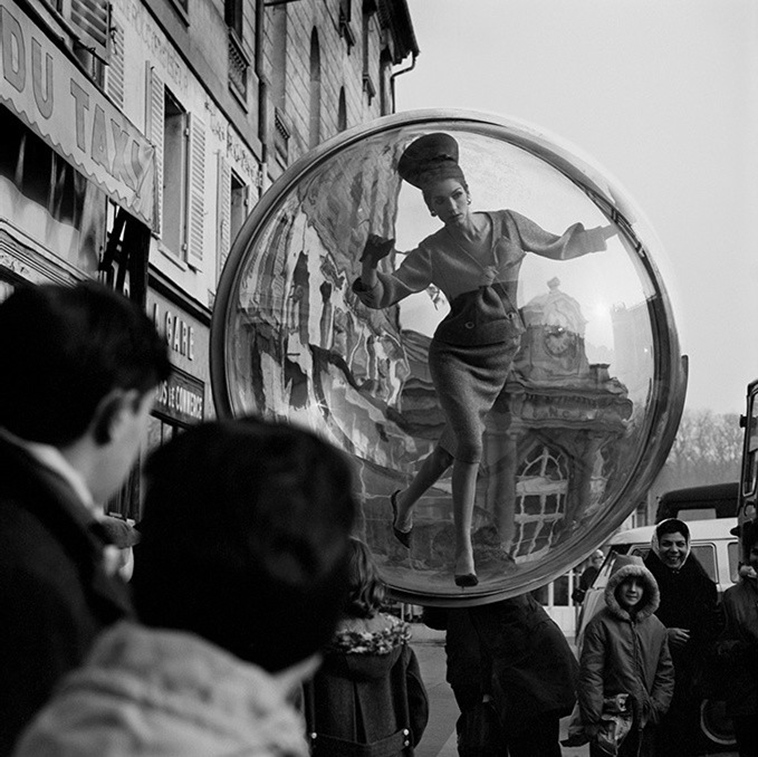 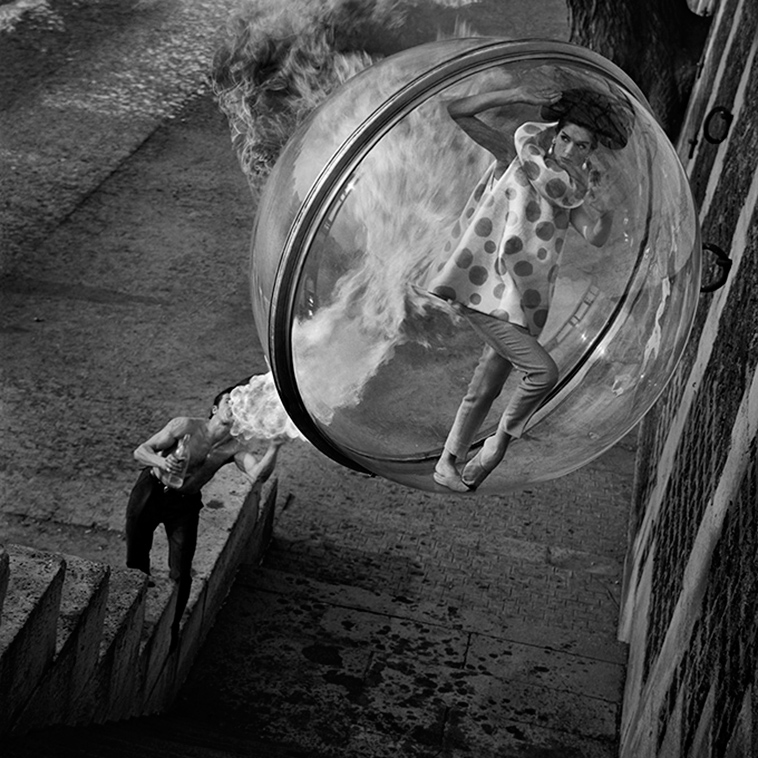 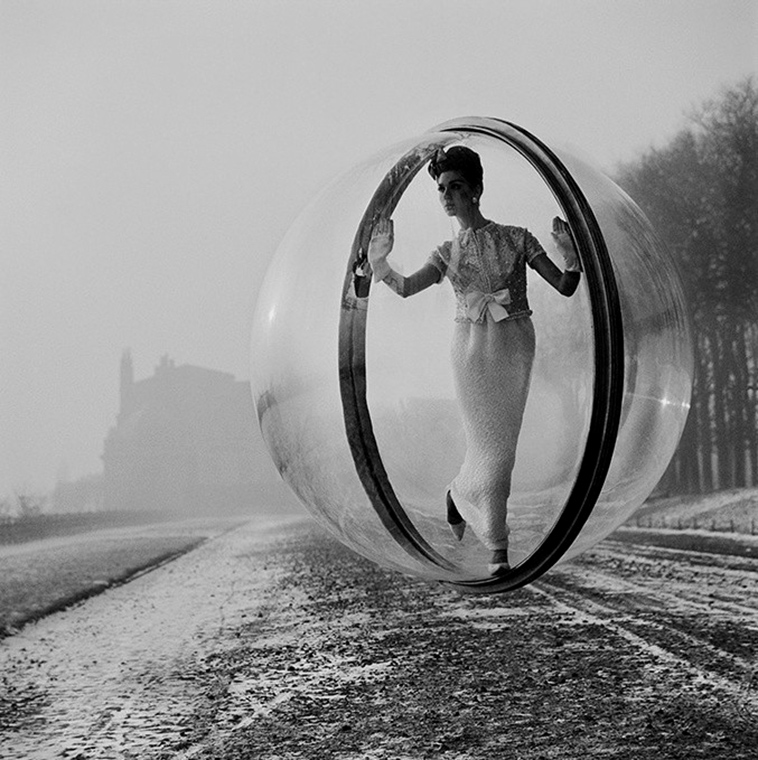 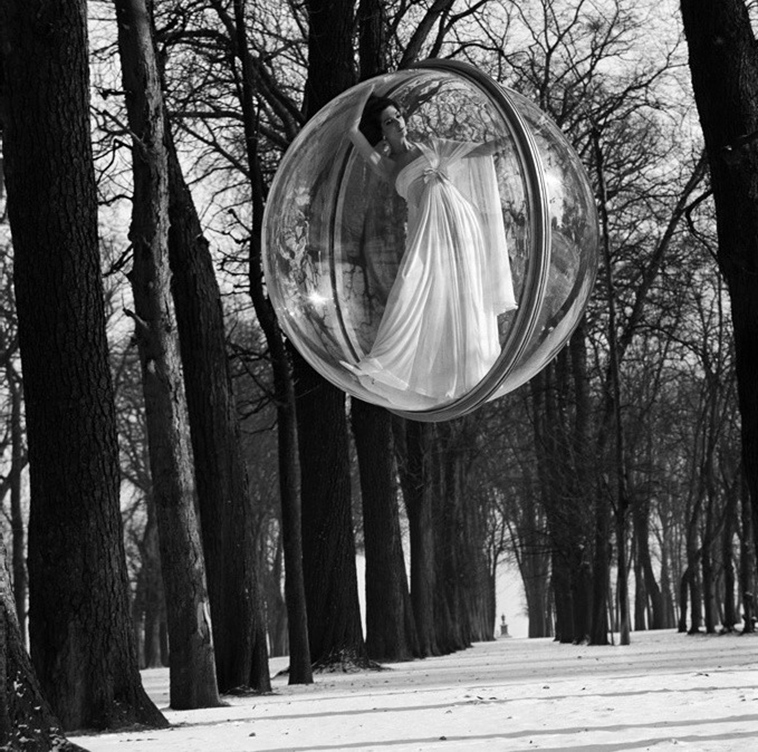 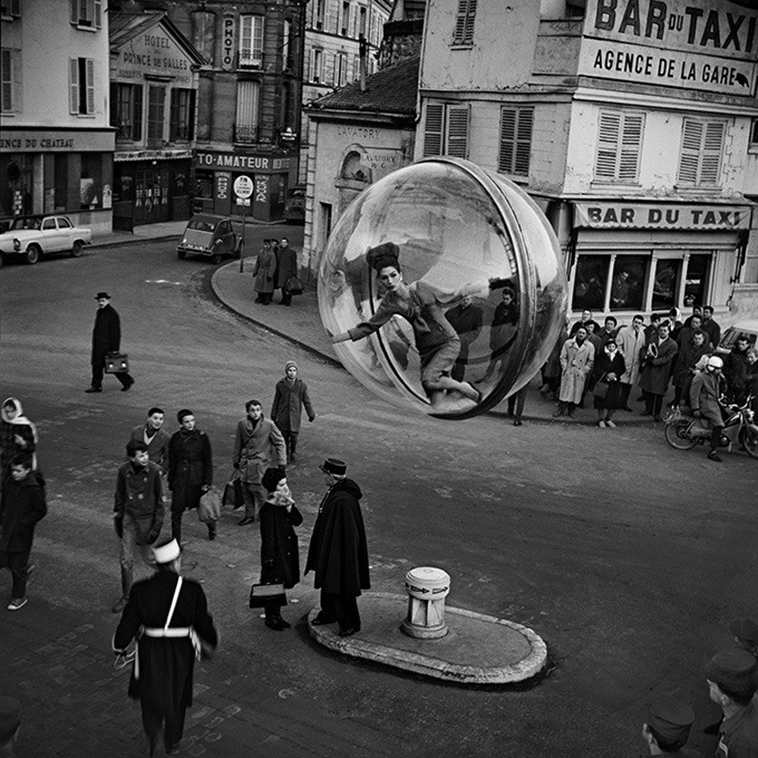 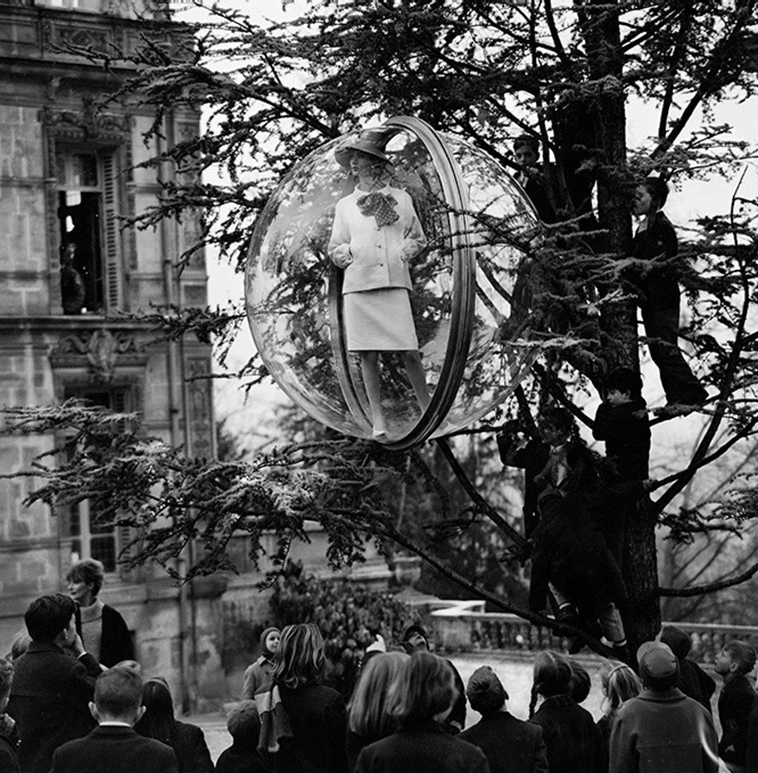 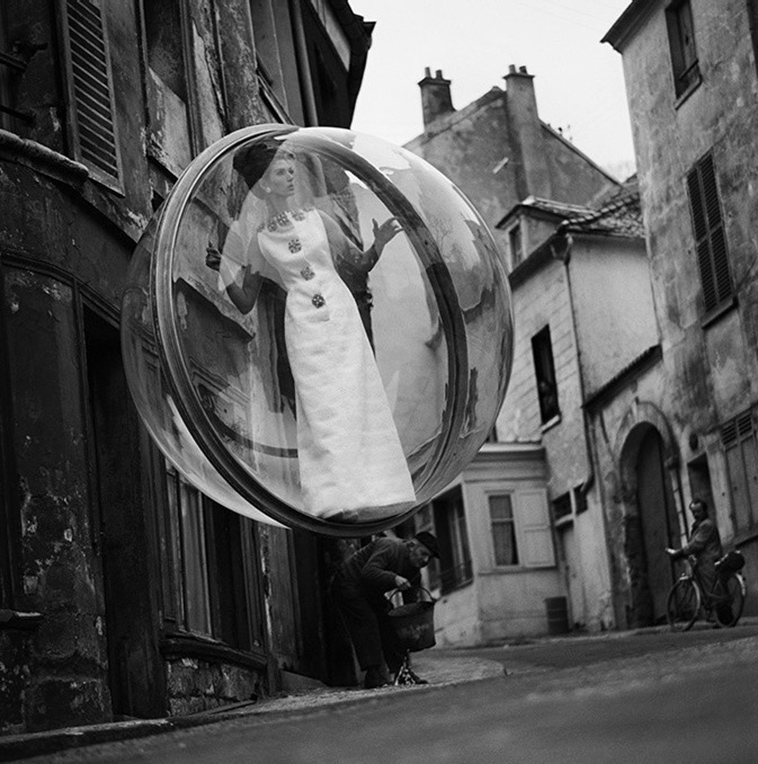 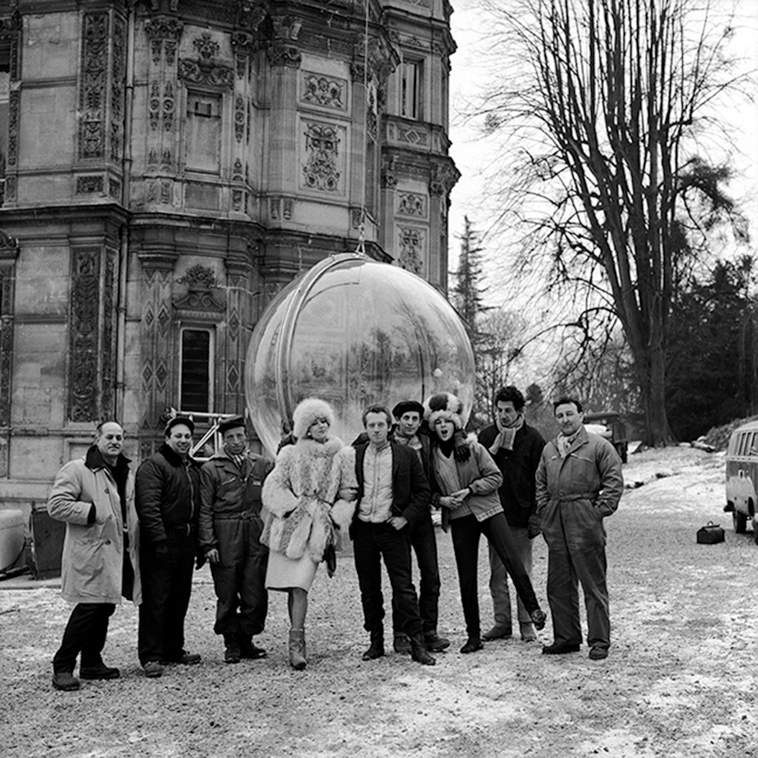 Sokolsky’s work can be seen at the Fahey/Klein Gallery in Los Angeles.