My wife got an email from her old colleagues the day we returned home from our honeymoon, asking if she wanted to star in a short film they were doing for fun. She said ‘sure,’ and asked if I wanted to come along, as she knew I had an interest in movies.

At the time, I worked in life insurance and was miserable, and filmmaking was more than an interest — I had always wanted to make films, but never made the right connections with people and didn’t know where to start.

I made friends with the producer of that short film my wife was in and, 11 years later, filmmaking and video production is my career. I’ve shot feature films, short films, video for TV and web all over the world because of that one email to my wife. Changed our lives! 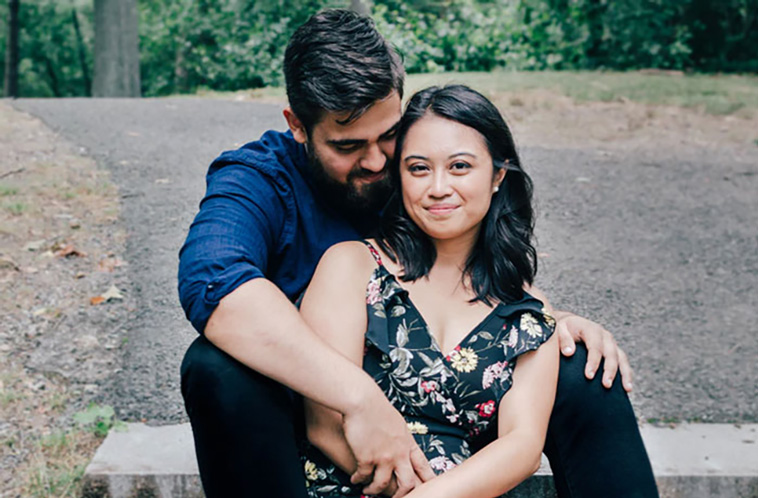 I chose to rearrange my sequence of classes slightly before starting my education. By doing this, I had to commute to a different branch of the school in a different town than the one I was originally signed up for.

On my first day there, I helped a girl who had, somehow, managed to break both of her arms in a drunken shopping cart accident. This girl, whom I would absolutely never have met had I not changed my classes around, is my wife of 14 years

I was Very little and singing a song completely with made up words. My mom asked what it was, and I said Evelynese (my name is Evelyn). Then a year later I made up a fake country for that fake language (Evelyninis). Then I started making up some stories. Now it’s a little over a decade later, I’m in high school, and I have a whole fictional world with three political superpowers (that I won’t name for personal reasons, but just know Evelyninis has a better name now). This world has a very intricate map of ecosystems (and soon, political borders of various eras), five distinct cultural and ethnic groups so far, and some unique flora and fauna. Former Evelyninis specifically has twenty families of nobility, two hundred thirty seven common families, a religion, a specific type of domesticated big cat, the bones of a conlang, two epics in the works (the first being adapted from older stories I made up), and much more. I’m probably going to work on this until the day I die. All because toddler me wanted to throw some snark at my mom. 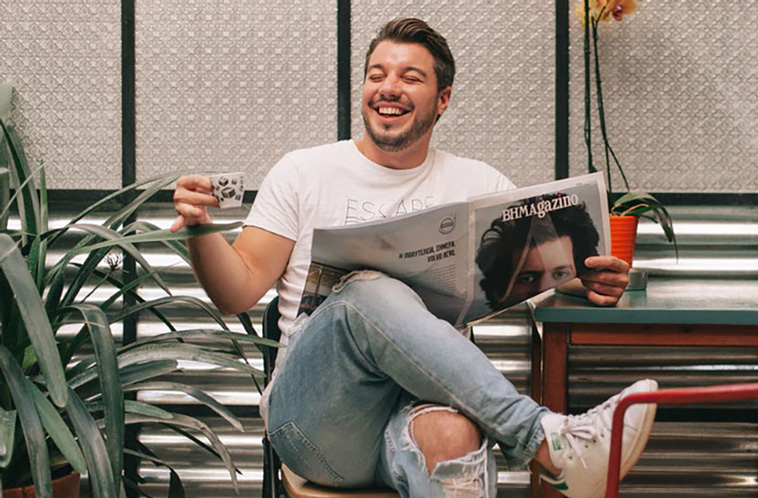 Got arrested for growing weed, moved back home. Got first job I could at Ikea. After working there for over a year, randomly decided to check Craigslist for jobs and saw an opening at a cafe and they were hiring right then, so instinctively went for it.

The cafe was connected and owned by one of the most popular brewpubs/beer gardens in the area. They hired me to host there, quickly worked my way up the ranks to eventually bar manager. Met girl of my dreams, we are now married with 2 amazing kids. Opened two more restaurants with them and currently assistant director of operations, overseeing three restaurants @ 3, 5, and 8 million a year in sales!

Love my job, love my family, love my life. No idea what I’d be doing if I never got arrested, or never applied for the cafe job. 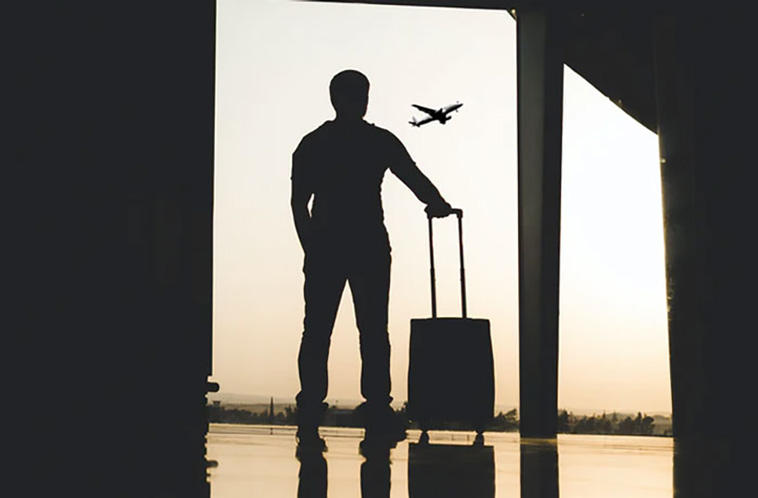 Someone I know once had a flight planned to Spain. He ended up missing it because he was like one minute late. The plane ended up crashing… one minute literally saved his life

I sent a friend from secondary school (who I had a huge crush on) a message just saying, ‘Happy Birthday!’ a couple years after we all left school. I did the whole ‘We’ll have to catch up soon!’ thing, not expecting much.

He replied, ‘How about Monday?’ So I saw him that Monday for a coffee.

Next month is our six year anniversary.

It’s truly the best thing that ever happened to me, and my friends joke that I’m the queen of escaping the friendzone. 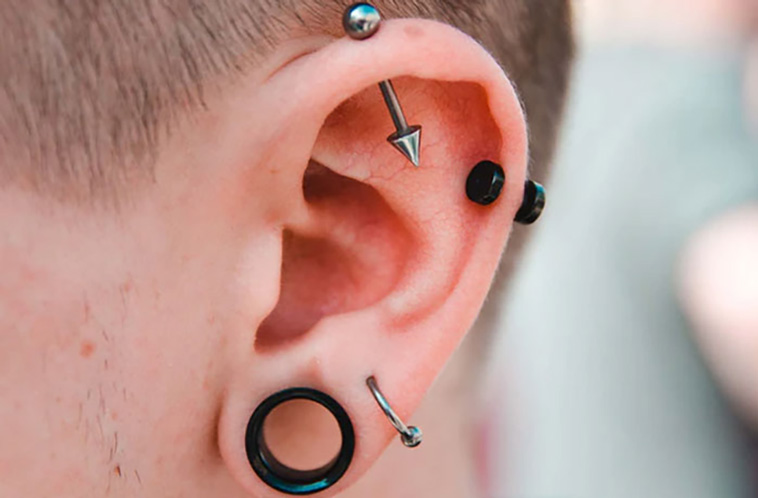 Getting my ears pierced the day after I graduated high school got me where I am today.

I worked at McDonald’s at the time and was scheduled to work that night. Before my shift, my girlfriend at the time convinced me to get my ears pierced. Well, when I showed up to my shift with these clear ear studs in, my manager gave me an option. Either take them out, or go home. Being only 17 and not taking anything seriously, I went home.

On my way home, I called that girlfriend’s dad, and asked if I could work with him laying tile. He gave me a chance, and I quit McDonald’s that day. Worked with him for about a year until the 08’/09’ recession caused us to run out of work. I got laid off.

4 months later, I land a job in a new hospital doing admitting in the emergency room. Did that for 2 years before I got my phlebotomy certification. Been doing that for a few years and now I’m in my final semester of nursing school.

I attribute everything I’ve done to that day my ex girlfriend pressured me into getting my ears pierced. Who knows how long I would have stayed at McDonald’s.

I decided to try weed in high school. I met a dude through my weed connections, and we became roommates. My roommate talked me into trying World of Warcraft. I met a girl through WoW. Years later, I dated her. A year after that, I moved states and married her. We have kids now.

So, basically, my children are a direct result of weed. 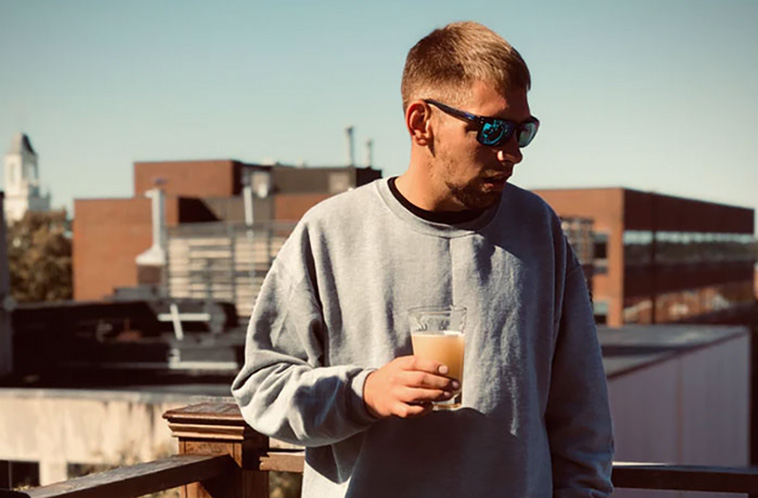 If my former roommate wasn’t an alcoholic going thru withdrawal and had to be hospitalized, we’d have had enough money for rent. Then, I wouldn’t have moved home. If I hadn’t decided, while looking for a new job in my hometown, that it would be nice to have insurance, I’d have got another restaurant job instead of a manufacturing job. If I hadn’t started that manufacturing job, I’d have never met a co-worker who was quitting for a much better job. Then, I wouldn’t have also applied for a job with that company that was still hiring. I still work here 8 years later and hope to retire from here. It has its sh*tty days (or weeks), but the benefits are amazing and I’m making more than most college graduates.

In grad school I said f it and submitted a conference proposal the night before the deadline. Long story short, I basically have my job, my city, and my wife as a direct result of that decision.