21. Where The Sumerians Came From 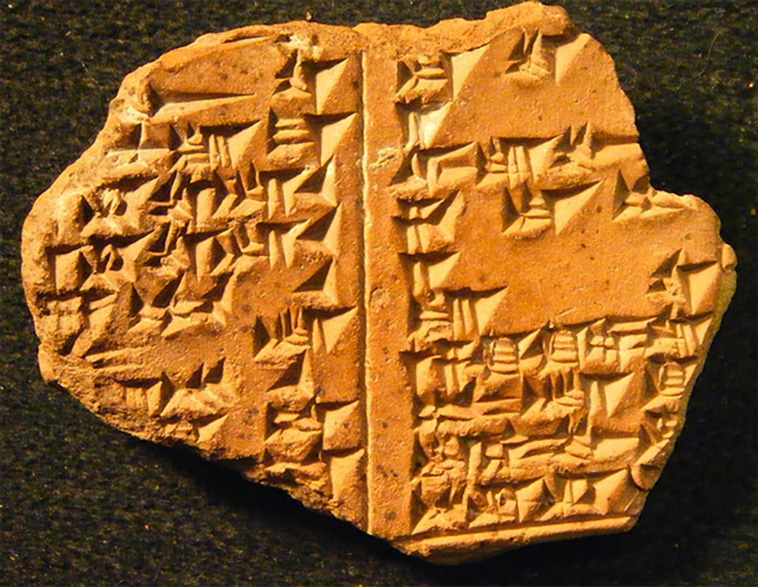 Sumer is the earliest known civilization that was located in the historical region of southern Mesopotamia (current Iraq). Sumerians were the first to use a written language, they invented a number system, the first wheeled vehicles, sun-dried bricks, and irrigation for farming.

But historians are not completely sure where they came from. They had an isolated language, meaning it was not related to other surrounding languages, so that makes it difficult to trace their journey. So they suggest that Sumerians might have come from North Africa, while according to some other data, they might have originated in the Caucasus. There are even more theories and that just shows how mysterious the origins of the people who created the first human civilization are.

22. The Wow Signal From Outer Space 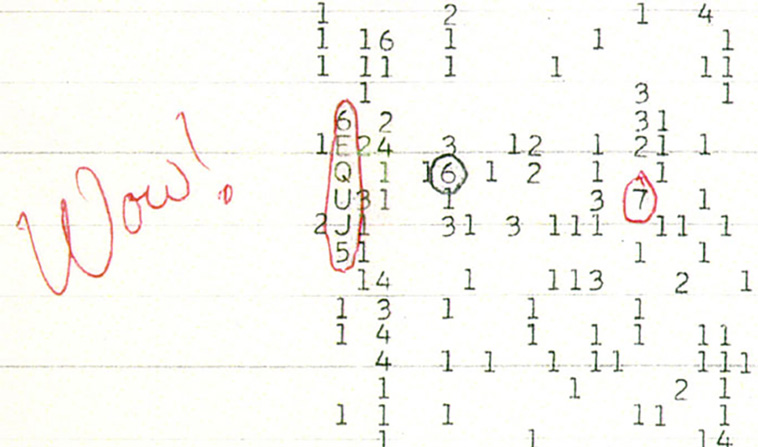 Jerry Ehman was volunteering as an astronomer in the Big Ear Radio Observatory as a part of NASA’s project to search the sky for radio signals from intelligent life in space. Part of his work included going through printouts of data.

On August 17, 1977 he noticed an unusual sequence of numbers and letters: 6EQUJ5. Jerry Ehman quickly realized that this could have been something huge, so he took a note on the paper expressing his surprise with one word “Wow!” which became the name of the signal.

It was a strong signal, but it didn’t reappear and scientists were confused as to the origin of it. Nothing similar has ever been detected to this day and maybe it was just a glitch in the technology or someone actually wanted to contact us from outer space.

23. The Guy In A Max Headroom Mask That Hijacked A Doctor Who Broadcast In I Believe Chicago In The 80s, To This Day No On Knows Who It Is 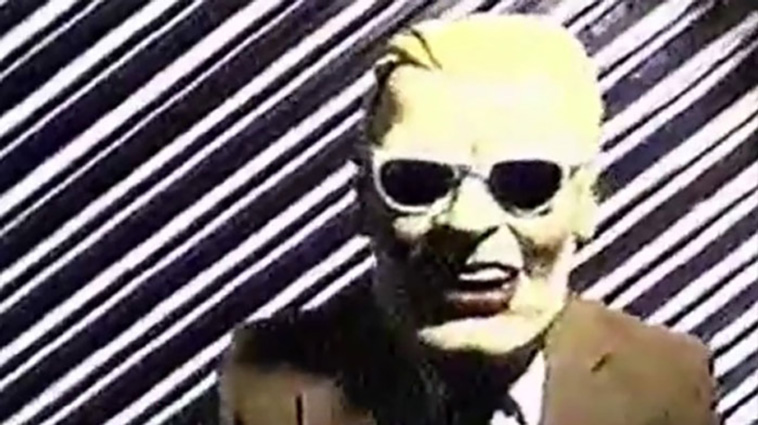 In 1987 on a Sunday night, people in Chicago were watching the news on WGN-TV when the broadcast was interrupted by a person wearing a Max Headroom mask and sunglasses. The same thing happened with another TV channel, WTTW, that was broadcasting an episode of Doctor Who.

The man didn’t say anything comprehensible and when he was done, the screen came back to the news and to the Doctor Who episode. The technicians who were working at that time were trying to take back control, but they couldn’t. They were also unable to trace where the signal was coming from because nobody competent to do that was working that night.

For that time, it was a difficult stunt to perform, but nobody claimed responsibility and the investigation didn’t lead anywhere. Who was this man and what message did he want to send? Maybe it was just trolling? It’s no easier to speculate now than it was then. 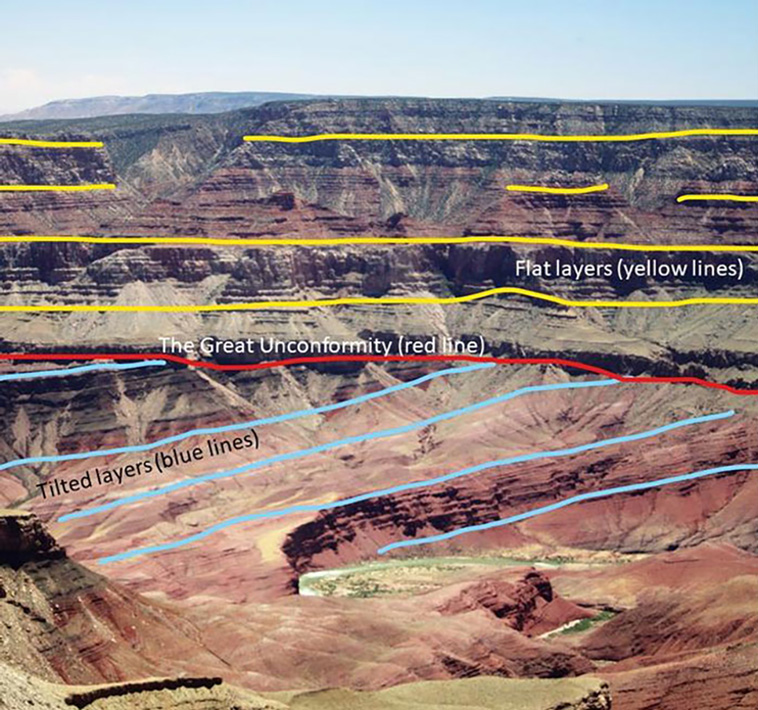 The Earth contains infinite secrets and humans are not yet able to explain them all. One of them is the Great Unconformity. It’s a gap in the rock record between 100 million and 1 billion years long. This phenomenon occurs all around the world in different places with different variations in layers and scientists can’t explain what happened.
Rocks look like a cake with layers getting older as you go down. And the change of age is gradual, but when it’s more than 100 million years, it can’t be explained by just simple erosion, though researchers can’t think of anything more logical. 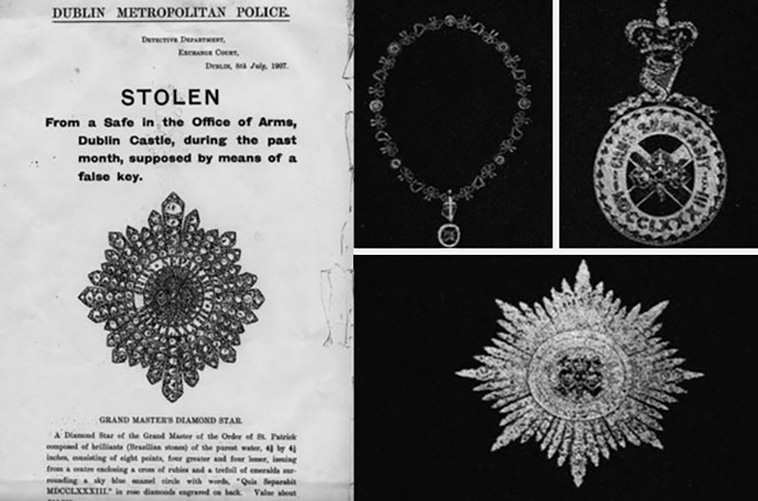 The original Irish Crown Jewels were made for the Sovereign and Grand Master of the Order of St Patrick and King Of Great Britain and of Ireland George III. In 1831, they were replaced by new ones presented by William IV.

The last time the regalia were worn by Lord Lieutenant, The 7th Earl of Aberdeen, was on 15 March 1907, and after that they were put in the safe. The safe was opened on 11 June when Sir Arthur Vicars wanted to show the jewels to a visitor. Then, four days before the visit of King Edward VII and Queen Alexandra to the Irish International Exhibition, on July 6, the jewels were no longer in their usual place.

The investigation was long and Scotland Yard even offered rewards for information. The author of Sherlock Holmes, Arthur Conan Doyle, offered his help. The police went as far as taking leads from psychics, but nothing gave results. Most probably they will never be found as often stolen jewelry is sold broken into pieces.

26. The Missing Minutes Of The Watergate Tapes. What Happened During That Time?! 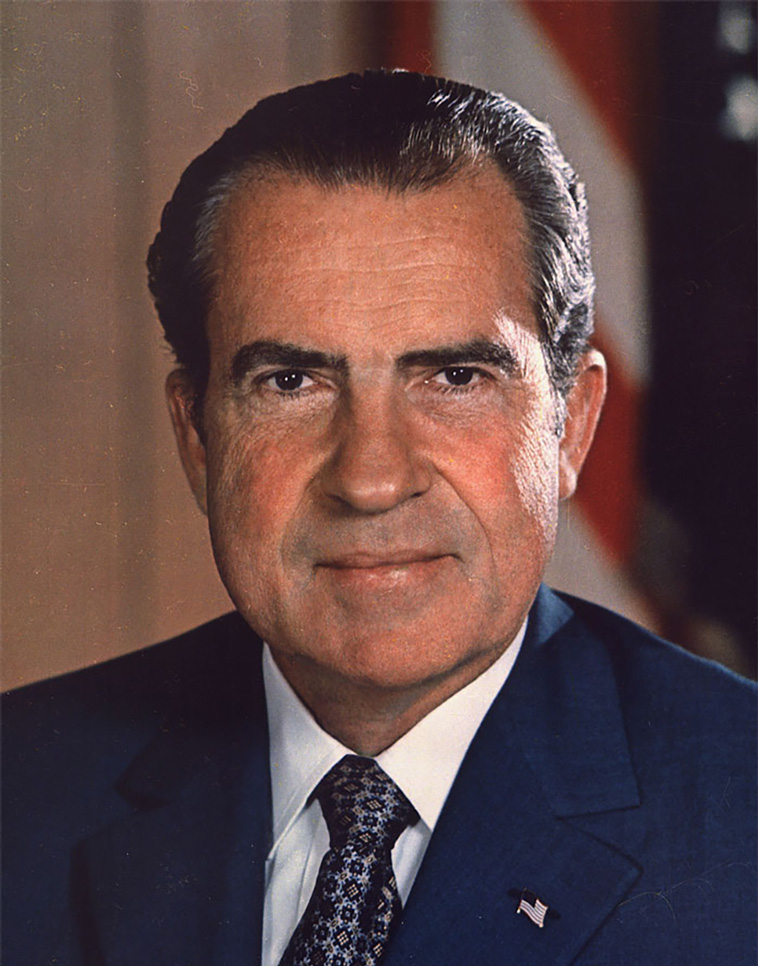 Two years into his presidency, Richard Nixon realized the reason his predecessor, Lyndon Johnson, had installed a system to record his meetings and telephone calls. It was because this was the only way to have proof of what was being talked about in the White House, so he reinstalled the recording system that he’d initially wanted removed.

All the conversations that happened between 1971 and 1973 in the Oval Room and the Cabinet Room were recorded. There are 3,500 hours of record, including the references to Watergate.

But 18.5 minutes from the 200 minutes concerning the scandal were missing. It includes a conversation between Nixon and H. R. Haldeman, three days after the Watergate break in. The President himself said he didn’t recall what was discussed in that moment, so it might be that all the evidence is gone. 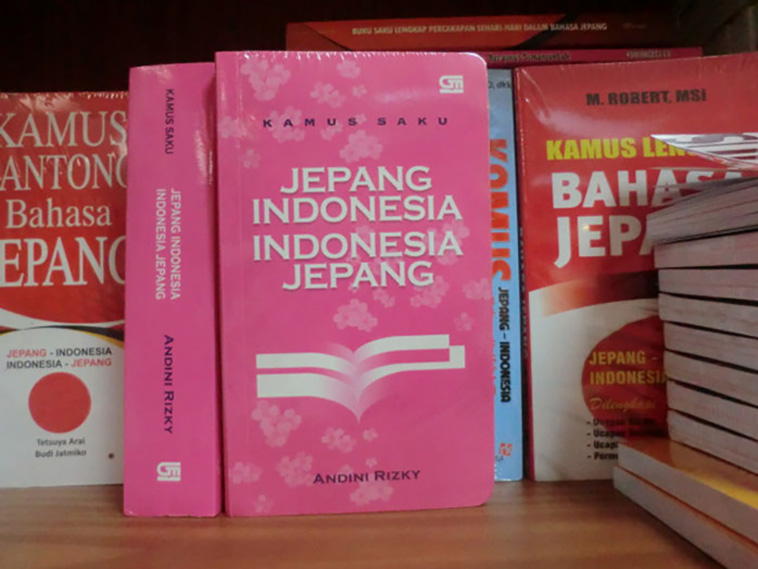 The oldest evidence of written language dates back to 6,000 years ago, but what about the spoken language? Surely, it was spoken a lot earlier than that. Scientists estimate that it might have started forming roughly 150,000 years ago, of course, in the most primitive form as the vocal tract which would permit the modern range of speech sounds formed about 100,000 years ago.

Scientists believe that there is one proto-language that all other languages formed from and that it was born because of the need of means of communication. But it doesn’t seem that some kind of clear evidence will show up that will definitely answer the question of how languages came to be and evolved. 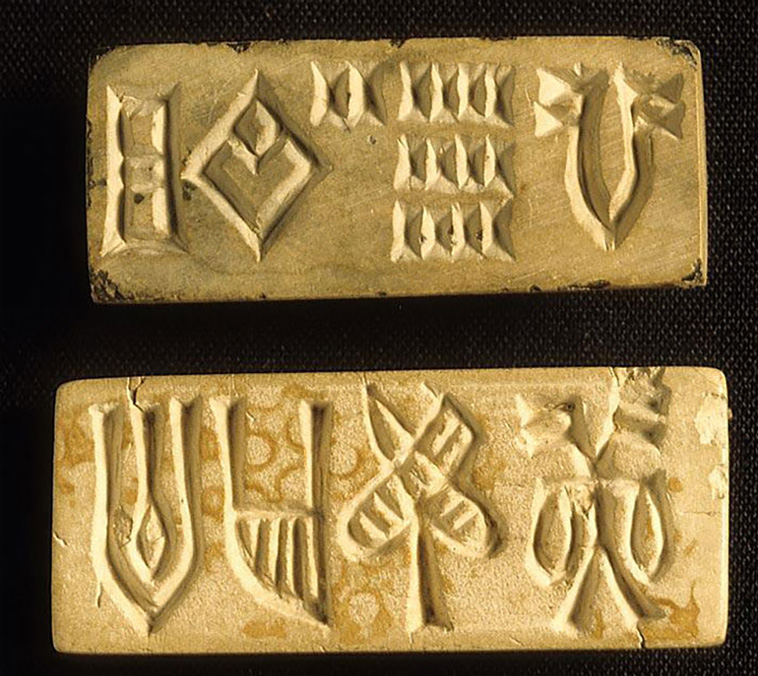 The Indus script or the Harappan script is what scientists think to be a text made of symbols produced by the Indus Valley Civilization that flourished from about 2600 BC to 1900 BC.

The symbols depict human and animal motifs but they haven’t been deciphered. Linguists can’t even agree on what kind of language it is and it doesn’t seem to have connections with other languages that were used in the surrounding areas. There are about 400 symbols, so at least they agree that they don’t represent phonograms and instead syllables.

The script could possibly tell us more about the Indus Valley Civilization as we have the least information about it among the biggest ancient civilizations and most probably not being able to read the script is one of the main reasons why.

29. The Murder Of Olof Palme. The Offical Version Doesn’t Have Any Real Evidence Or Any Murder Weapon 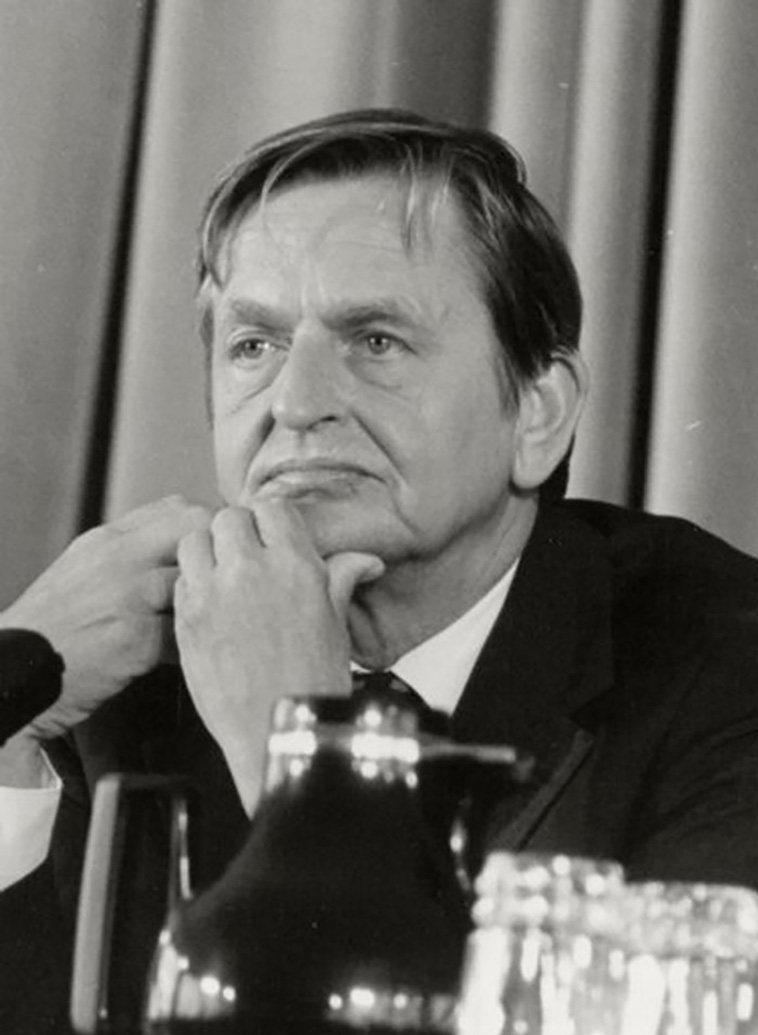 Sven Olof Joachim Palme was a Swedish politician and statesman who served as Prime Minister of Sweden from 1969 to 1976 and 1982 to 1986 until he was assassinated. He was an easy target as he walked around without a bodyguard. He was walking from a cinema with his wife just as a regular civilian and was attacked by a person with a gun. Palme was fatally shot in the back at close range and his wife was injured but survived.

It is hard to believe that the attack was not political, but it is also hard to explain how the killer knew where the Prime Minister was as the visit to the cinema was a spontaneous decision. Police haven’t found any spying devices in his house, or either of the spouses’ workplaces.

Three years after the murder, a drug user and alcoholic, Christer Pettersson, was arrested and convicted but later released, so the case still remains unsolved.

30. One Of Australia’s Prime Ministers Just Disappeared When He Went For A Swim In The Ocean, So Probably That 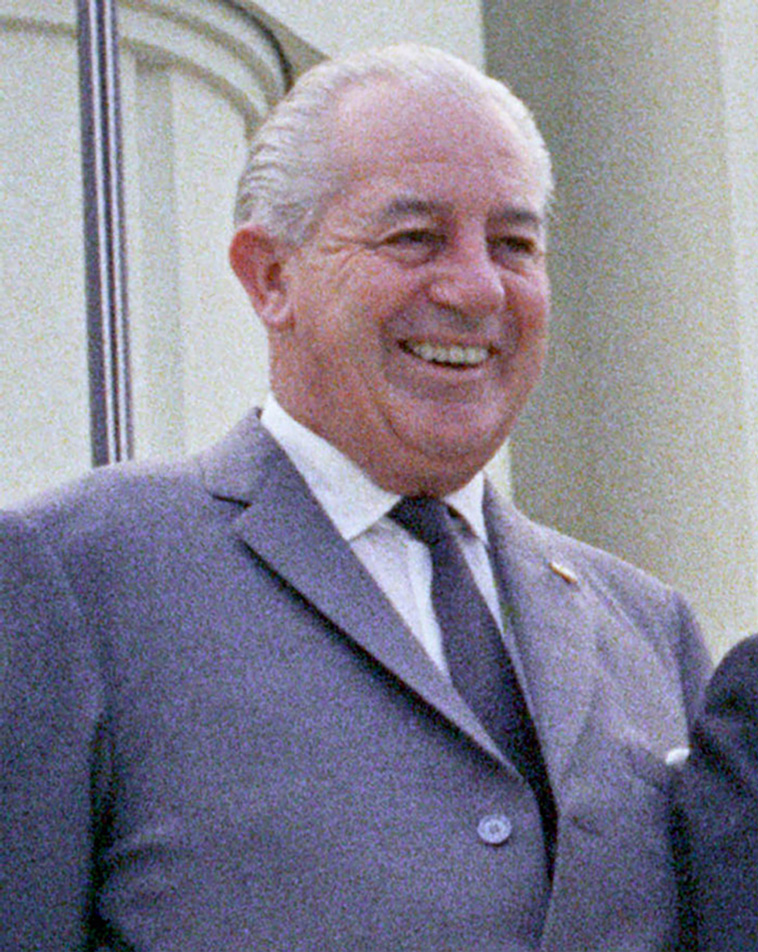 Harold Holt was Australia’s 17th Prime Minister from 1966 to 1967. He was not very fond of the idea of having bodyguards, but when a window in his office was shattered by a sniper and the leader of the opposition was almost assassinated, he agreed on having one. But only for when he was working.

The Prime Minister was known to be an outdoorsman, and he especially liked the ocean. Others pointed out that his hobby was quite dangerous and his doctor suggested to avoid over-exerting himself, but Harold Holt was not listening to anyone.

But it proved to be fatal after all. During a swim at Cheviot Beach near Portsea, Victoria, the Prime Minister was engulfed by water and just disappeared. Helicopters, watercraft, police divers, and two naval diving teams were searching for his body. Eventually 340 people joined the biggest search in Australian history but no body was found.

Most likely Holt overestimated himself as witnesses remember a large swell and visible currents and eddies. However, there are theories that this could have been a suicide or that he faked his own death to be with a lover. We may never know.