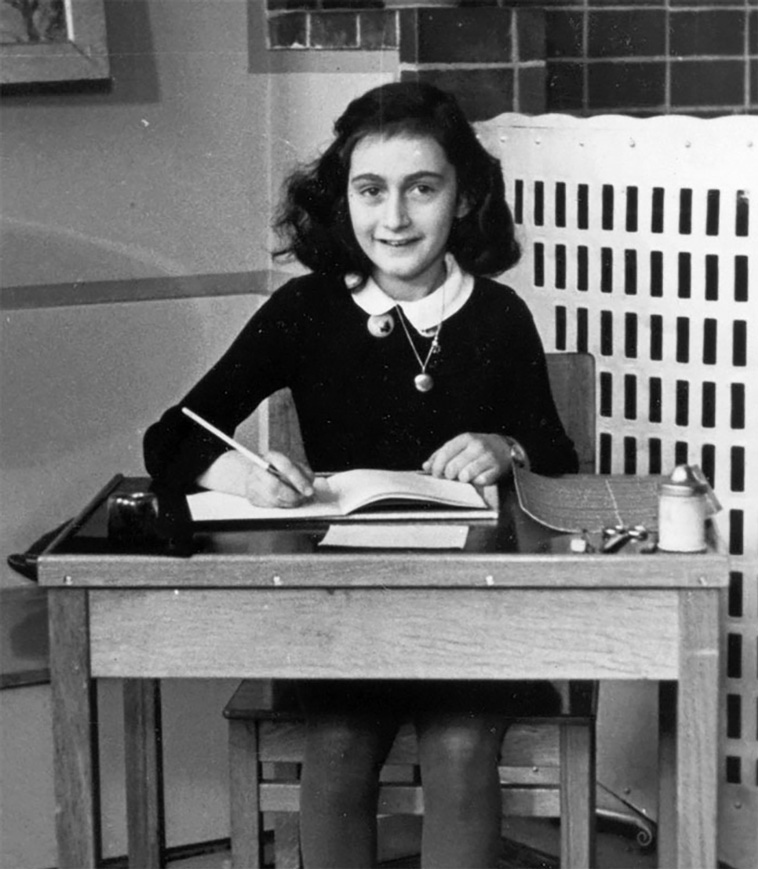 Anne Frank was hiding from the Nazis with the help of Miep Gies. The girl and her family lived secretly in an attic apartment that is now known as the Secret Annex for 2 years until they were found by the Gestapo and sent to concentration camps.

Apparently they were anonymously tipped, but the identity of the person was never confirmed. There are several suspects, but historians don’t rule out that the Nazis found the hiding spot by accident as well. This secret might be already buried with the people who knew anything.

12. The Meaning Of The Text In The Voynich Manuscript 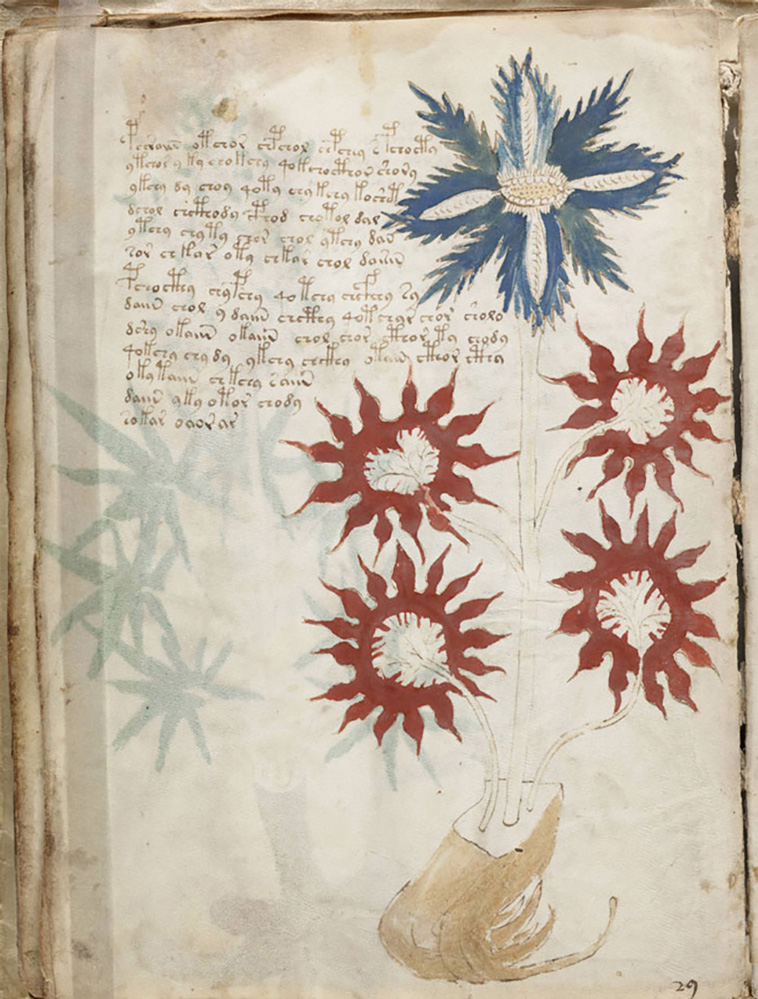 The Voynich manuscript is an illustrated codex from the early 15th century that nobody can decipher because it doesn’t correspond with any known writing system. The illustrations show various herbs, diagrams suggestive of astronomy or astrology, as well as apparent recipes and pictures of naked women.

Both the illustrations and the text are confusing, but that hasn’t stopped researchers from having hypotheses about what is the purpose of the manuscript. Overall the manuscript resembles something similar to a medicine book, but it might well be a hoax. 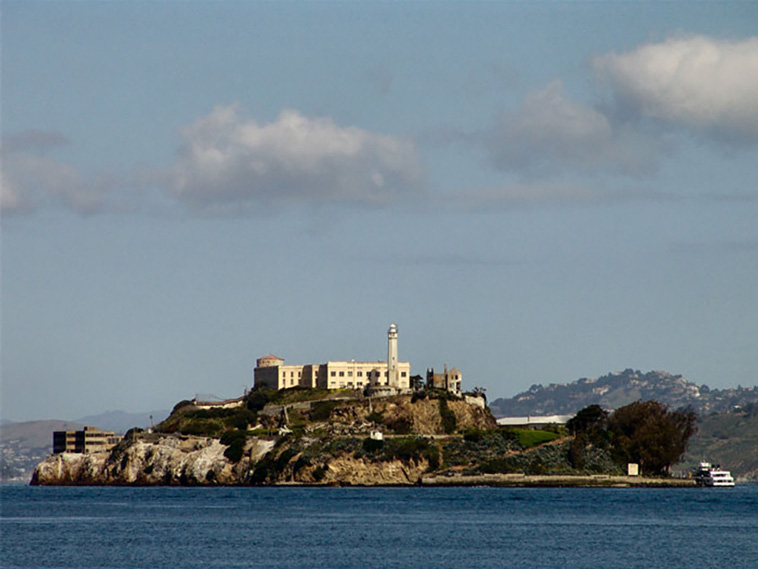 The Alcatraz Federal Penitentiary was a maximum security prison in the US until 1963. It was not only known for being impossible to escape due to security and the prison being on an island, but for the cruel and inhumane conditions that led people to insanity.

That is why people still took their chances and tried to escape anyway. Most of them were caught, shot or drowned but Frank Morris, John Anglin, and his brother Clarence Anglin actually disappeared. However, it is unclear if their mission was successful as they were not found during the intensive search immediately after noticing their cell was empty or any time later when the search expanded globally. 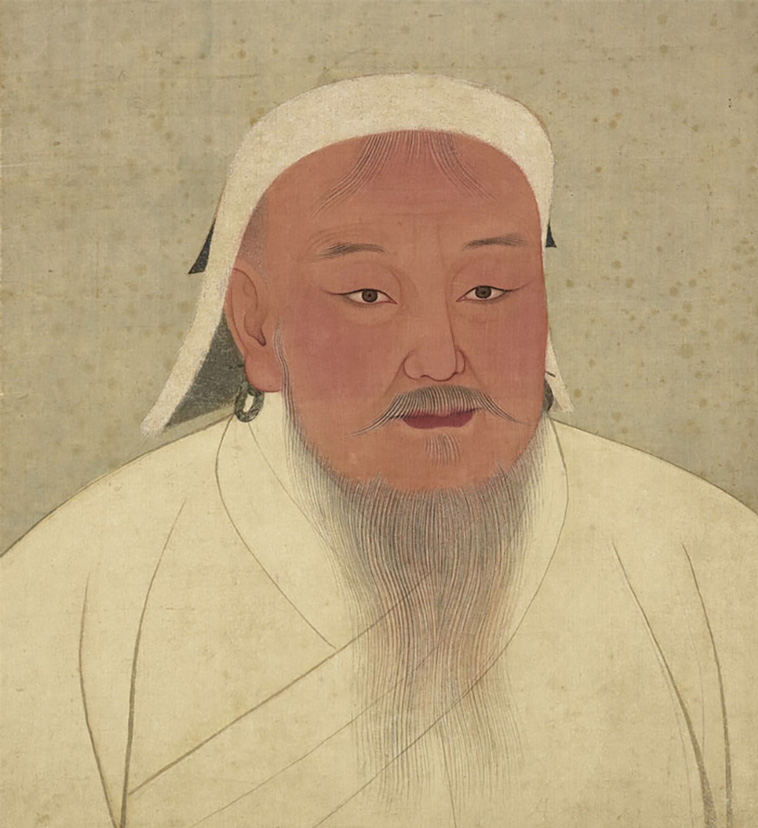 Genghis Khan is considered to be the founder of Mongol Empire and was its first emperor. He conquered so much land that it was the biggest contiguous empire the world has ever seen, expanding even after his death. It actually covered more than 16% of the earth’s landmass and 25 percent of the world’s population live within its borders.

The emperor died during the fall of Yinchuan, which is now a part of China. The reasons of his death are unclear as well as the place he was buried in. Researchers think it might be somewhere in the vicinity of the Mongol sacred mountain of Burkhan Khaldun in current northeastern Mongolia. According to the legend, this was exactly what Genghis Khan wanted: to be buried without signs and be brought back to Mongolia.

15. Who Has In Their Possession The Ark Of The Covenant? 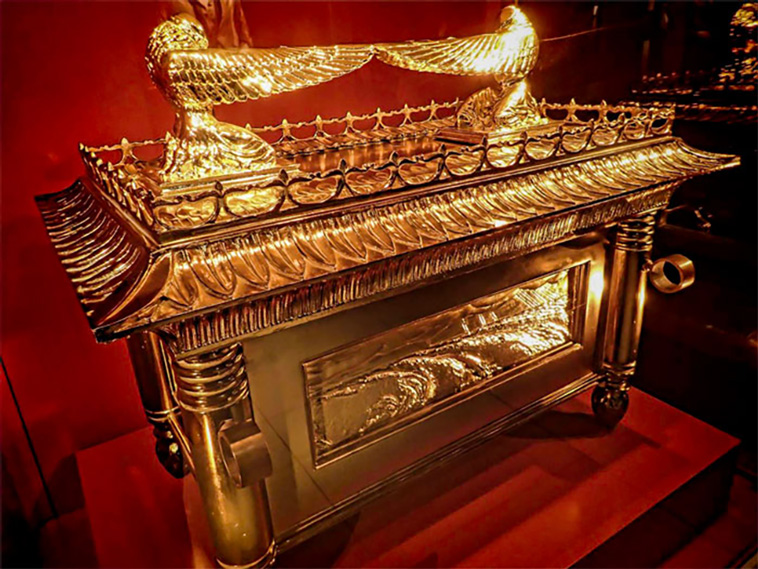 The Ark of The Covenant was a chest made of pure gold that contained the tablets with the Ten Commandments. According to the Book of Exodus, God himself instructed Moses to build it during his 40-day stay upon Mount Sinai.

The Ark is mentioned in the Bible several times and that it was kept safe in Solomon’s temple until the Babylonians attacked Jerusalem and destroyed the temple in 587 BC. Since then there are no records in the Books of Kings and Chronicles of where the Ark went.

There are mentions that it might have been hidden before the Babylonians arrived and there is the Church of Our Lady Mary of Zion which claims they have it, but nothing is confirmed.

16. Who Really Was The Man In The Iron Mask? 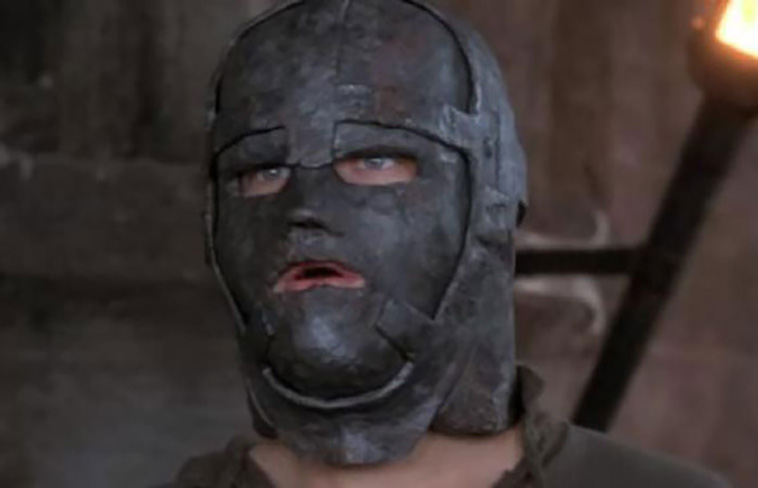 You might have heard about the Man In The Iron Mask from fiction literature or movies but they are actually based on real-life events. He was a prisoner who was arrested in 1669 or 1670 and was known for wearing a veil during the whole 34 years he was imprisoned so nobody has seen his face.

He actually didn’t wear an iron mask. It was a black velvet cloth, but Voltaire made it more dramatic. He was also the one that proposed the popular theory that the man was the older, illegitimate brother of Louis XIV.

The basis for this guess is that the prison where the Man In The Iron Mask was held was used for men who were an embarrassment to the state. Also, no other prisoners hid their faces and this particular one had “two musketeers at his side to kill him if he removed his mask” as King Louis’s sister-in-law, Elizabeth Charlotte, wrote in a letter to her aunt.

17. What Happened To The Princes In The Tower 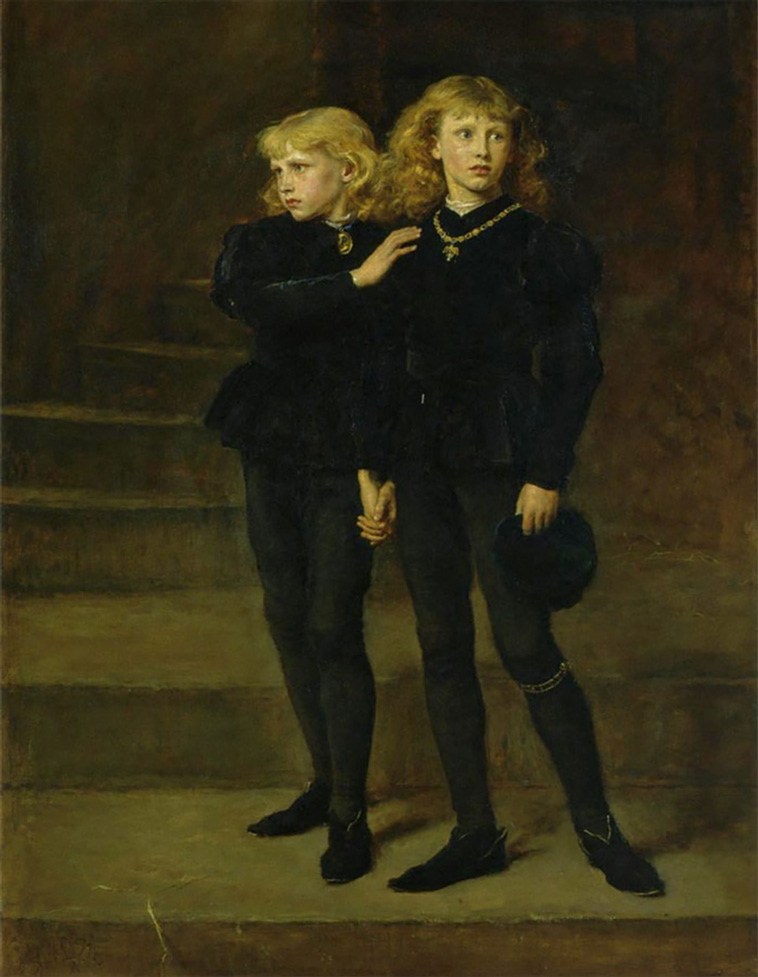 In 1483, King of England Edward IV died and at that time, only two of his sons were still alive. Usually that meant that the eldest son would take the throne, but Edward V of England and Richard of Shrewsbury, Duke of York, 12 and 9 years old respectively, were lodged in the Tower of London by their father’s brother who then became Richard III.

There are no records about the fate of the children and it is widely believed that they were murdered. Maybe by Richard III, maybe by their maternal uncle, the Duke of Buckingham, or brother-in-law King Henry VII or anyone else, it’s up for speculation. Some are more optimistic and say they might have escaped. Whatever the case might be, they’re definitely dead by now and it would be nearly impossible to know what happened more than half of a millennia ago.

18. What Caused The Bronze Age Collapse 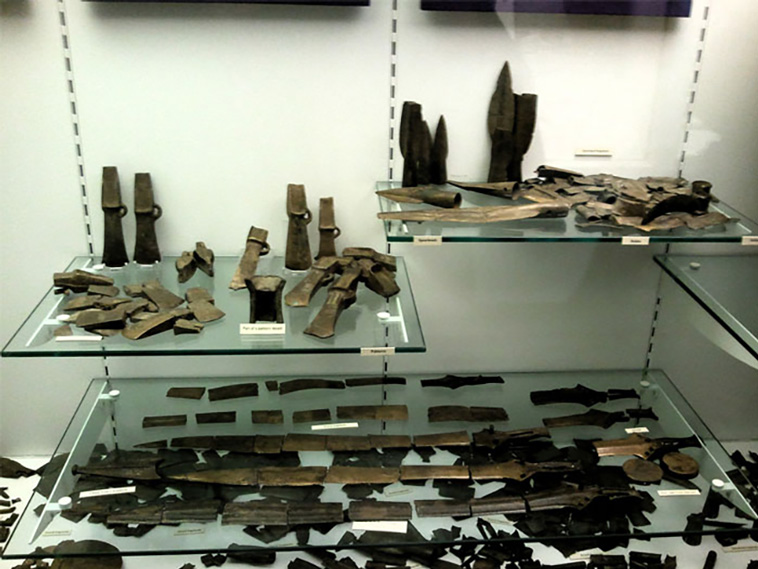 The Bronze Age is a historical period that lasted from about 3300 BCE to 1200 BCE. It is called that because people discovered that they could combine metals and create bronze. It was a rich period with various civilizations, like the Egyptians or the Babylonians, thriving and evolving their culture with the new tools they could build.

However, for no apparent reason, in a span of a few decades, the culture collapsed and that is when the new historic period called The Dark Ages began. Historians guess that it can be explained by all the disasters that can happen happening at the same time, like drought, famine, roving marauders and others. Because the civilizations were so dependent on each other, they also collapsed together.

There are theories about Sea Peoples who are said to have attacked major cities by burning them down, but not all historians believe they actually existed, although there is a relief on the walls of Ramses III’s temple at Medinet Habu that shows a sea battle.

19. What Was Going On Before The Big Bang 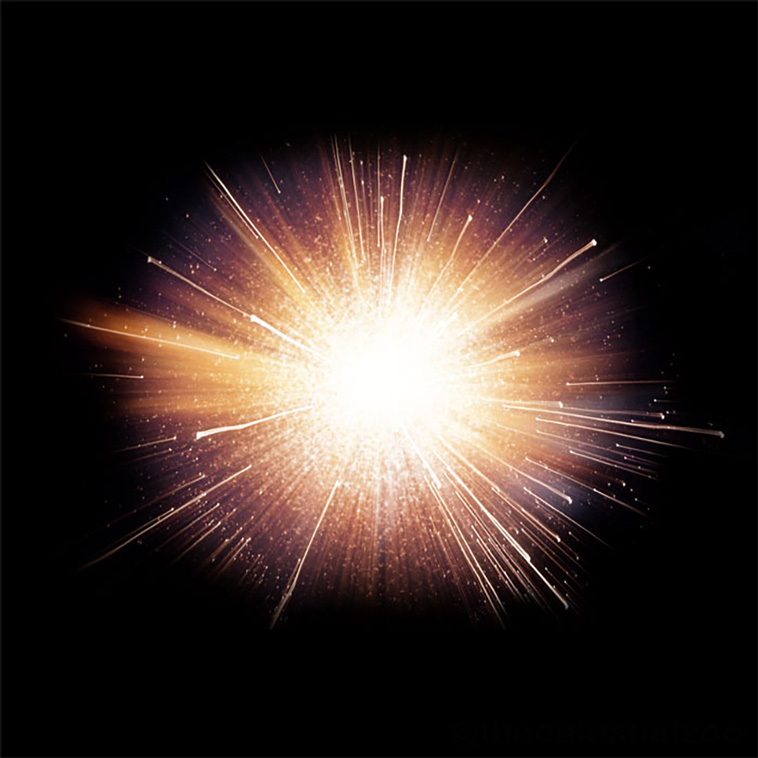 Most scientists agree on how our universe started. They think that an extremely hot and dense point just started to expand and is expanding to this day. They call it the Big Bang Theory. But what was before that? 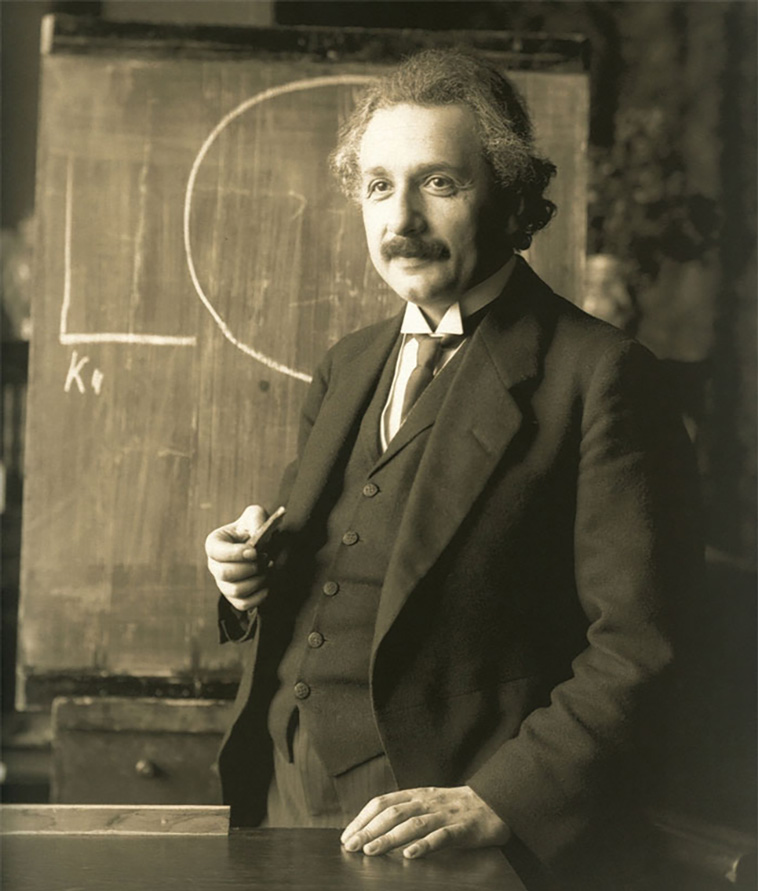 The genius German physicist Albert Einstein passed away in Princeton Hospital, New Jersey on 18 April 1955. He died because of internal bleeding caused by the rupture of an abdominal aortic aneurysm.

Einstein knew he was going to die as he refused treatment because he didn’t believe in prolonging life artificially. And he probably had time to think about what would be the last thing he would like to say.

Coincidentally, there was a nurse at the time of Einstein’s death and she actually heard him mutter something, but she didn’t know what exactly it was as she couldn’t understand German. Maybe Einstein revealed an incredibly important realization or he just said goodbye to the world in his native language: the world has to deal with never finding it out.