A Reddit user asked ‘What historical mystery is unlikely to ever be solved?’ and here are 30 of the responses.

1. What Works Were Lost From The Library Of Alexandria 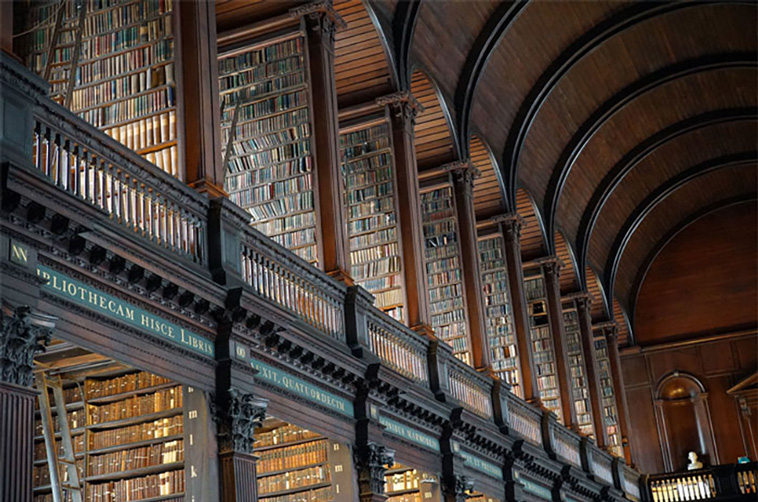 Various sources estimate different numbers of books in the library. The number ranges from 200k to 700k but we will probably never know how big the library’s collection was, nor what treasures and knowledge it contained as it was destroyed and we know about it just from written records as there are no archeological remains of it.

Historians suggest that the library had rhetoric, law, epic, tragedy, comedy, lyric poetry, history, medicine, mathematics, and natural science books that could have told us so much about how people saw the world then, but it all perished such a long time ago that it is unlikely any developments would happen now.

2. I Want It To Be Solved But It’s Seemingly More And More Unlikely Each Day: D. B. Cooper 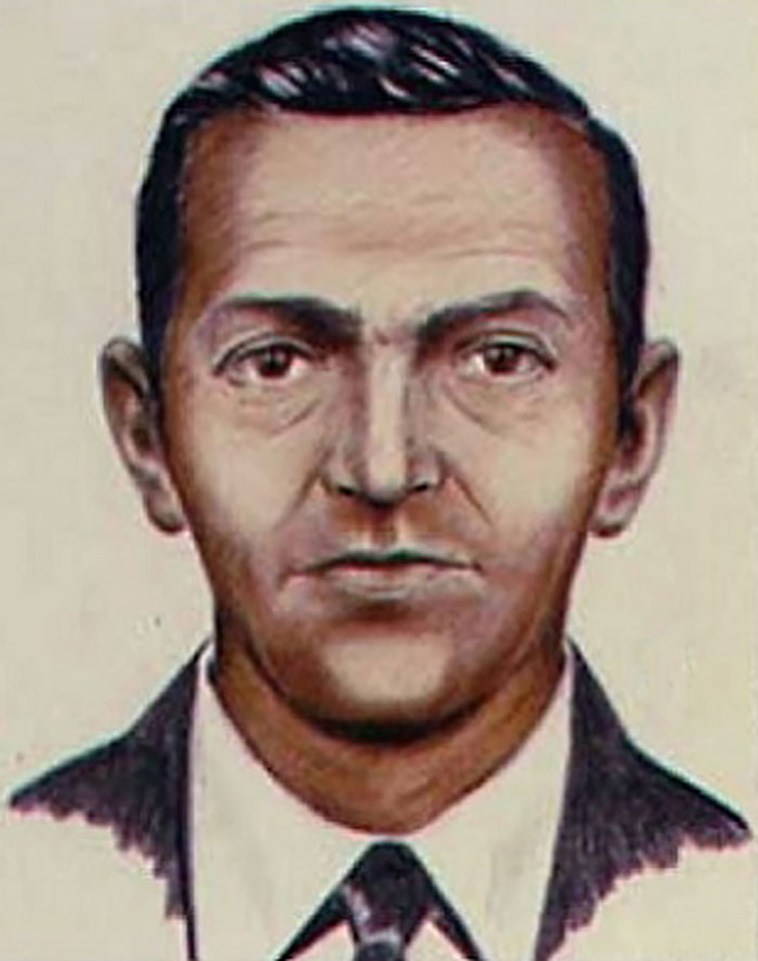 In 1971 a man who called himself Dan Cooper and later was better known as D. B. Cooper bought a plane ticket flying from Portland to Seattle. Witnesses say he ordered a bourbon and soda and looked like an average businessman in his 40s, wearing a black suit and with a black attaché case in his hand.

But he was no ordinary businessman. In that little black suitcase, he had a bomb and he let the crew know that he was going to detonate it unless he was given $200,000, 4 parachutes and a fuel truck standing by in Seattle to refuel the aircraft upon arrival. The passengers actually weren’t aware of what was going on and were told there would be a delay because of technical difficulties.

When the plane landed, the passengers were let out and D. B. Cooper was given his money. Then he and a couple of members of the crew boarded the refueled aircraft again. After taking off, Cooper collected his things and jumped out of the plane.

To this day the FBI couldn’t find out who that man was and many people don’t believe that D. B. Cooper survived as traces of the ransom money were found along the banks of the Columbia River in 1980.

3. What Happened To Edgar Allen Poe??? Was It Voting Fraud? Kidnapping? I Need To Know Goddammit! 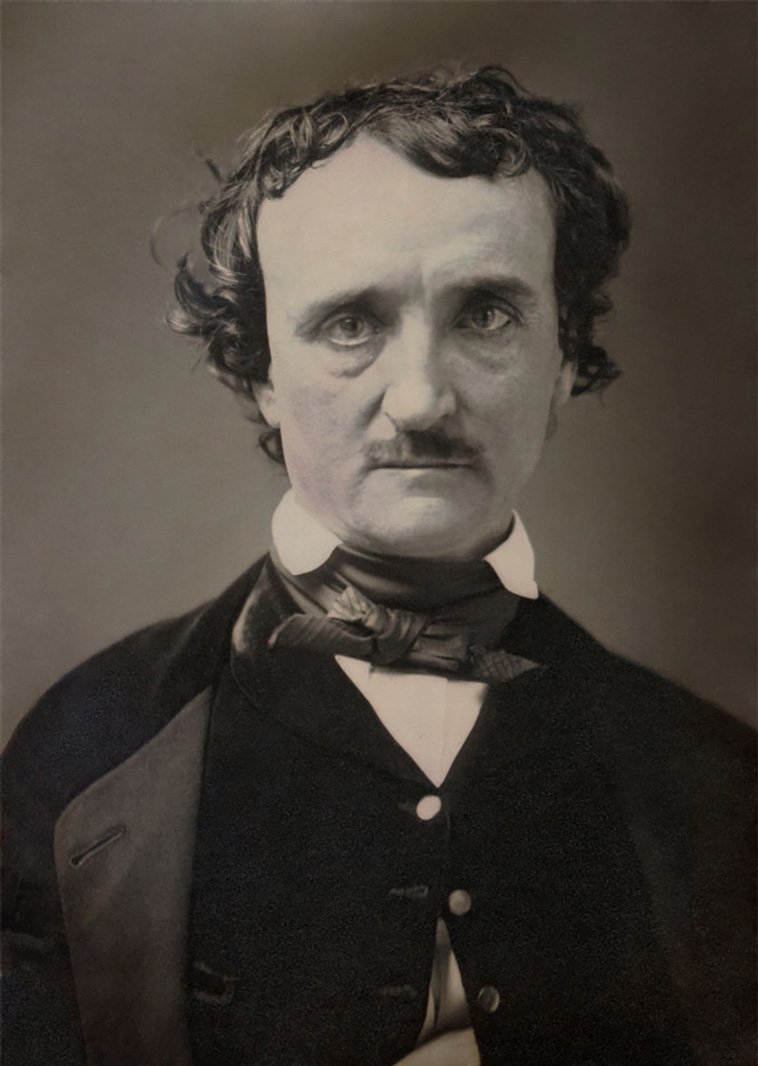 The way Edgar Allen Poe met his end is extremely suspicious. The writer was noticed wandering the streets in Baltimore, Maryland seemingly delirious and in great distress. He was taken to the hospital and after a few days, he died.

His friend Joseph E. Snodgrass came to visit Poe and he couldn’t recognize the writer. He was disheveled, wearing ill-fitting clothes, which the friend believed not to be his own. Poe was not able to explain what happened to him as he remained in the delirious state for the remainder of his stay at the hospital. Before his death, he repeatedly called out the name “Reynolds” but nobody had a clue what that meant.

What is also mysterious is that there are no records about the cause of Poe’s death. Theories suggest that his blood sugar was too low or maybe the delirium was a result of a failed attempt of suicide by drugs. Snodgrass believed that alcohol was the poison that killed his friend.

Some theorists think he was a victim of a crime. Gangs would force random people to vote for certain politicians they worked for. And made them do it several times. They often would get the victim drunk by force to make them comply.

Unfortunately, no detective was as smart as Poe’s literature characters and could solve this mystery, at least not yet. 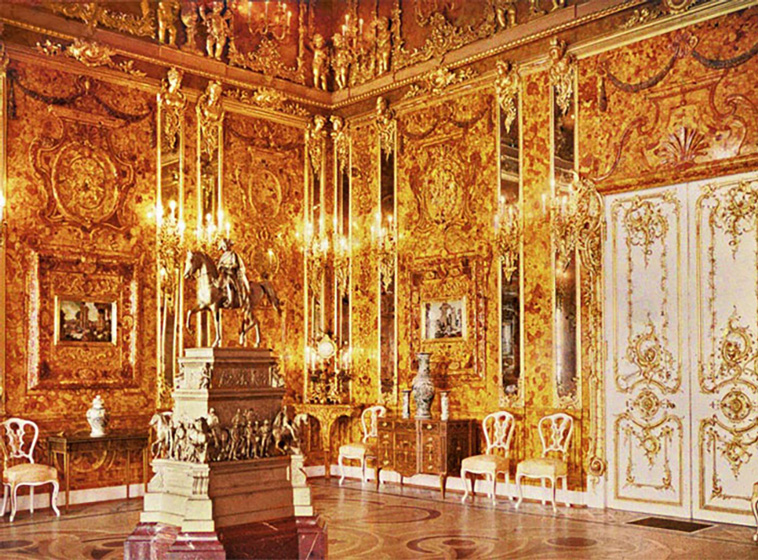 The Amber Room was not just a room but a piece of art. It had amber walls backed with gold leaf and mirrors, with gemstones and carvings. It was more than 55 square meters (590 square feet) in size and contained over 6 tons (13,000 pounds) of amber.

When Germany invaded Russia during the Second World War, they disassembled the room and transported it to Königsberg (current Kaliningrad). Later the city was bombed and since the war, nobody has seen the Amber Room, which is still being searched for to this day.

In the photo you can see the autochrome made in 1917 by Andrei Andreyevich Zeest of the original Amber Room in Tsarskoye Selo, Catherine Palace. The monument in the middle is dedicated to Friedrich the Great, King of Prussia.

5. What Pope Leo Said To Attila The Hun 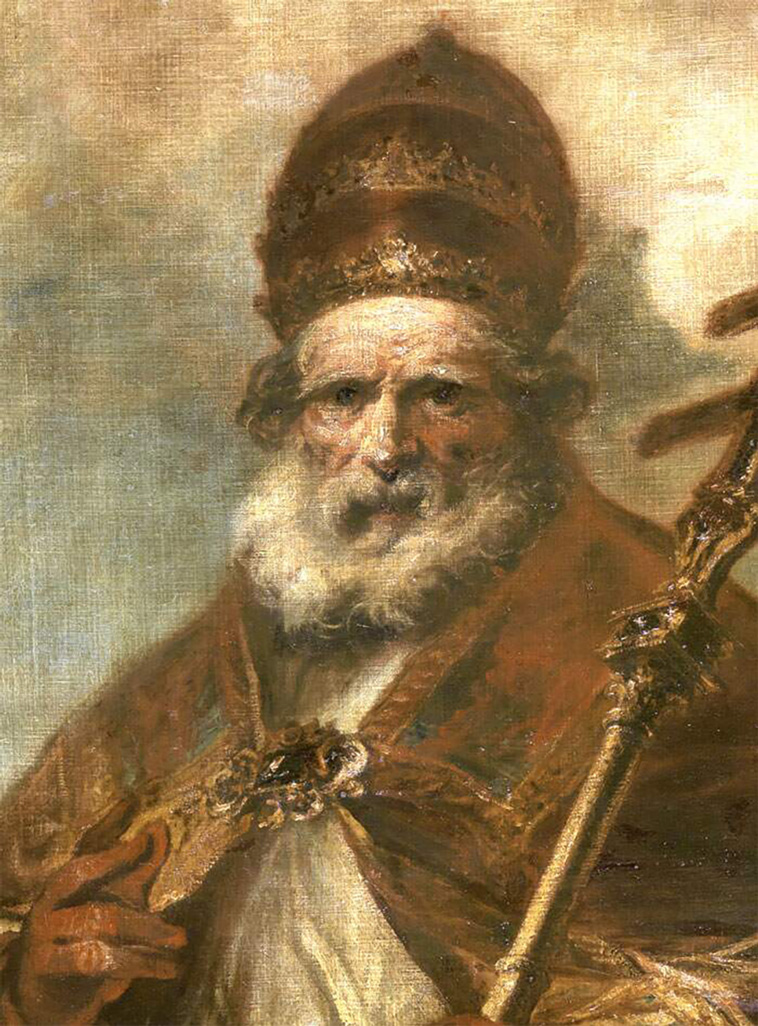 Attila was a constant threat to the Western and Eastern Roman Empires. Attila was winning territories and was not that far from taking over the known world in the 5th century. He invaded Italy in 452 and was headed towards Rome.

The then emperor thought that this matter could be negotiated and sent Gennadius Avienus, one of the consuls of 450, Memmius Aemilius Trygetius, the former urban prefect, and Leo I, the pope to talk this sacking matter over.

There are no records of what the negotiators said to Attila, but they definitely did something right as the ruler of the Huns withdrew and the credit for that was given to the Pope. Even if there is a possibility that Leo I documented the conversation and the manuscripts hide in the Vatican archives, they are not open to the public.

6. Tamam Shud, Or Somerton Man. Just Really Bizarre And Creepy, It’s Got An X-Files Vibe To It 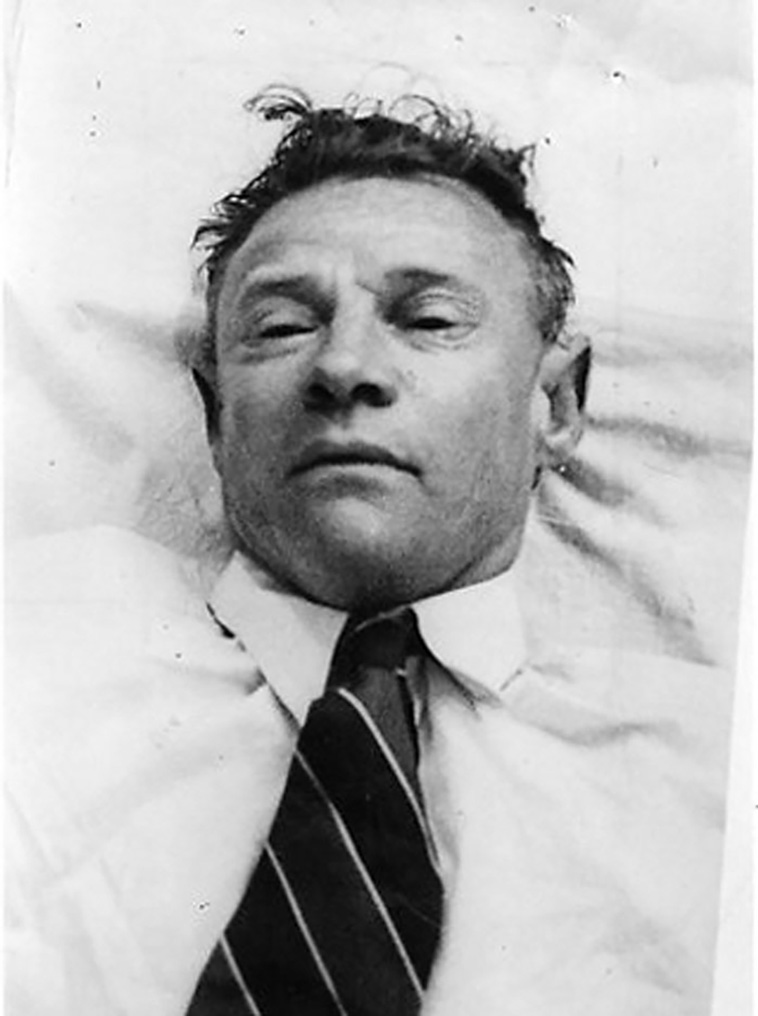 One of Australia’s most mysterious unsolved cases is the Tamám Shud case, also known as the Mystery of the Somerton Man. He was found on 1 December 1948 on the Somerton Park beach. He has never been identified and his cause of death also was uncertain as there were no obvious injuries. He had blood in his stomach, which indicates a presence of poison, but tests didn’t show anything.

What makes the case even creepier is that in the man’s pocket investigators found a piece of paper that read “Tamám Shud” which in Persian means “it is finished.” These are the words from the final page of a 12th century poetry book Rubaiyat of Omar Khayyám.

The book from which the paper was ripped out was found and it had two phone numbers and a code that hasn’t been cracked since. That leads some people to believe the man was a spy who knew too much and needed to be eliminated. Others suggest that it was a suicide because of a broken heart.

While the case is strange and nothing makes sense, there is a slight chance of finding out the identity of the man as in May last year, the Somerton Man’s body was exhumed to put its DNA into the database.

7. What Happened To The Isabella Stewart Gardner Museum Paintings 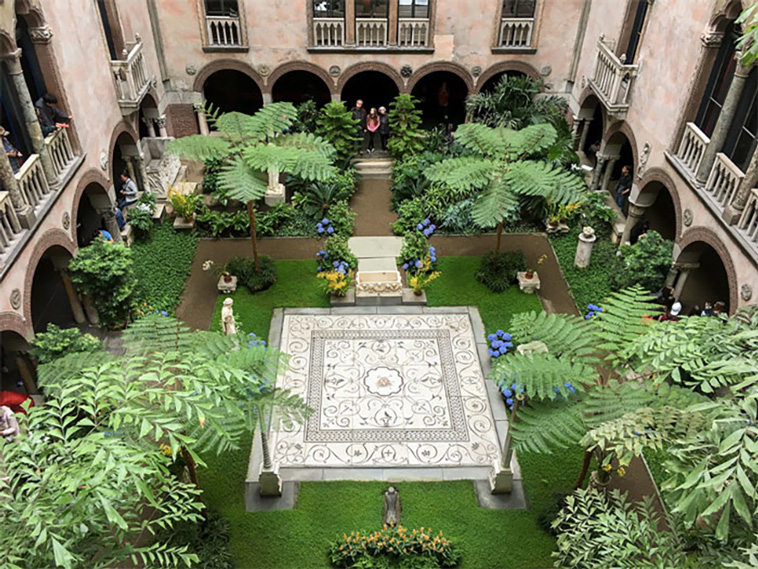 In 1990, the museum was robbed. This theft is actually considered to be the biggest one in art history. Two thieves came in pretending to be police officers and managed to take 13 paintings worth half a billion dollars.

Among the works was one of Johannes Vermeer’s works The Concert (c. 1664), and Rembrandt’s only known seascape The Storm On The Sea Of Galilee (1633). The paintings never resurfaced and the Vermeer one is actually considered to be the most valuable unrecovered painting at over $200 million.

8. Whatever Happened To The Sodder Children 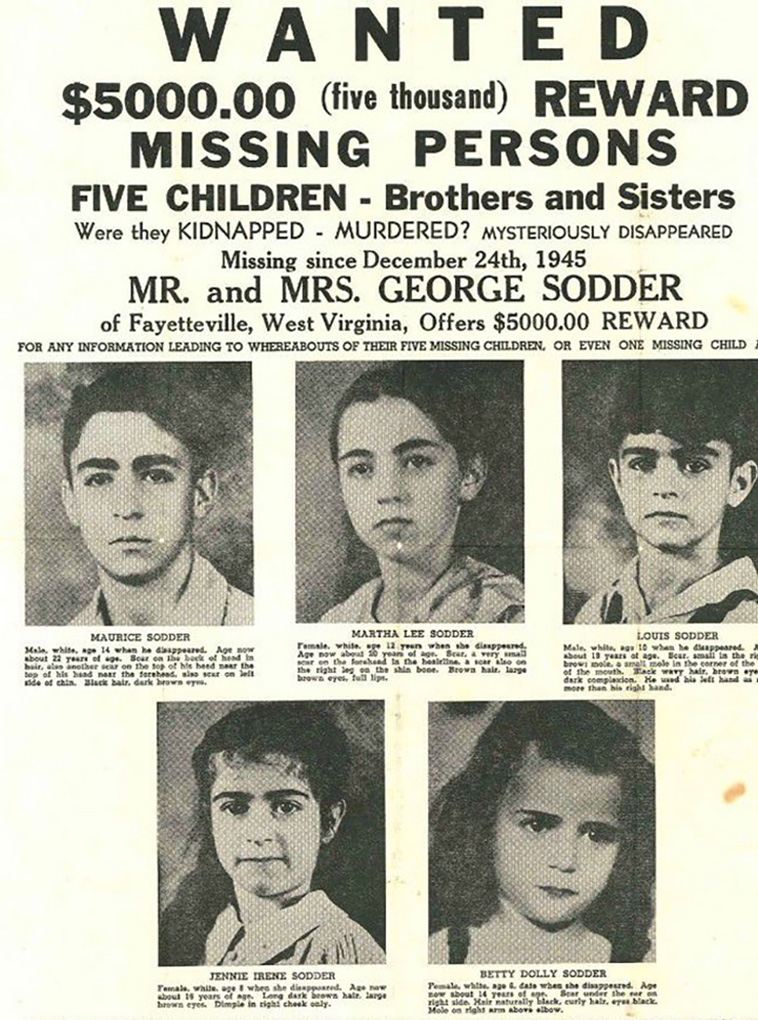 On Christmas Eve in 1945, a house in which The Sodder family lived was engulfed by a huge fire. The family was celebrating and the two parents with their nine out of ten children were in the residency when the tragedy took place. The fire started in the middle of the night while the family was asleep. When the parents realized what was happening, they took four of their children out and escaped. They were calling for the rest of the children, but nobody answered and they couldn’t go up the stairs to check on them because the staircase was already in flames.

The fire department arrived just the day after as the was a shortage of firefighters due to war. They claimed that no bodies were found in the ashes and some say that they lied to calm down the parents. Chief F.J. Morris believed the fire was hot enough to burn the bodies completely.

There was no investigation done, so the official reason for the fire was said to be because of faulty wiring. After the family had time to think, they didn’t believe it was true. Also, their telephone lines were cut, the trucks had been tampered with and it seemed that someone had tried to make it as hard as possible for the family to get help. What is more, the mom didn’t believe Chief F. J. Morris because other things like kitchen appliances were still recognizable, so how could the bodies have not survived the fire?

There are a lot of discrepancies in the case and that leads people to believe that the fire was not an accident and that the missing children were kidnapped.

9. The Real Identity Of Jack The Ripper 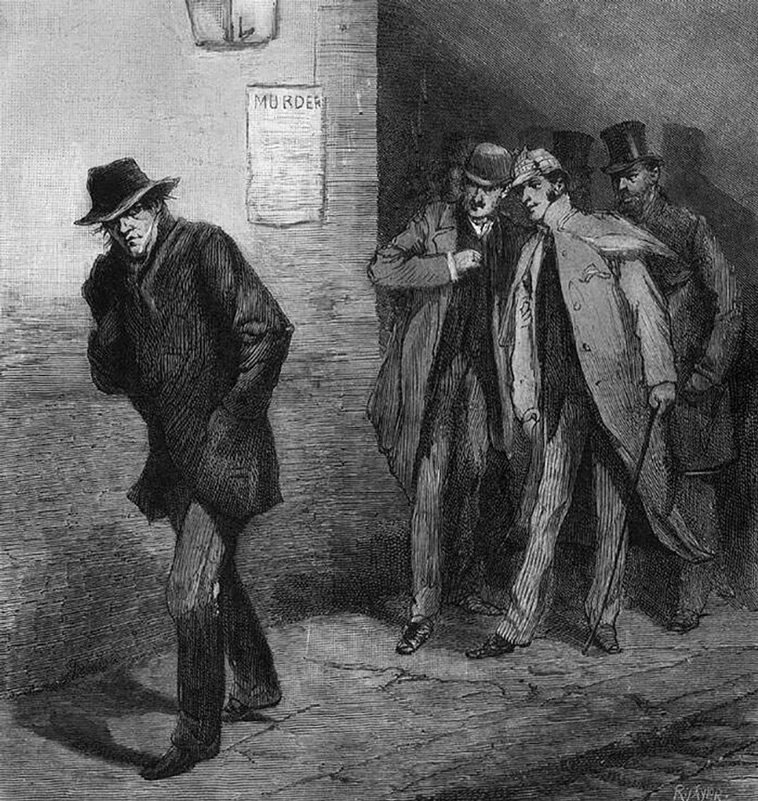 The identity of Jack The Ripper is a topic up for speculation even a century and half later. He was a serial killer active in London in the late 19th century and at the time he was called the Whitechapel Murderer and Leather Apron in the press.

As the identity of the killer is unknown and because the crime rate was high, it is hard to tell which victims belonged to the same person, but there are 5 who are attributed to Jack the Ripper.

Most of the reports done by the police were destroyed during World War II, but from what remains, we are able to learn that more than 2,000 people were interviewed, “upwards of 300” people were investigated, and 80 people were detained; however, there was no conclusion to who the killer was. 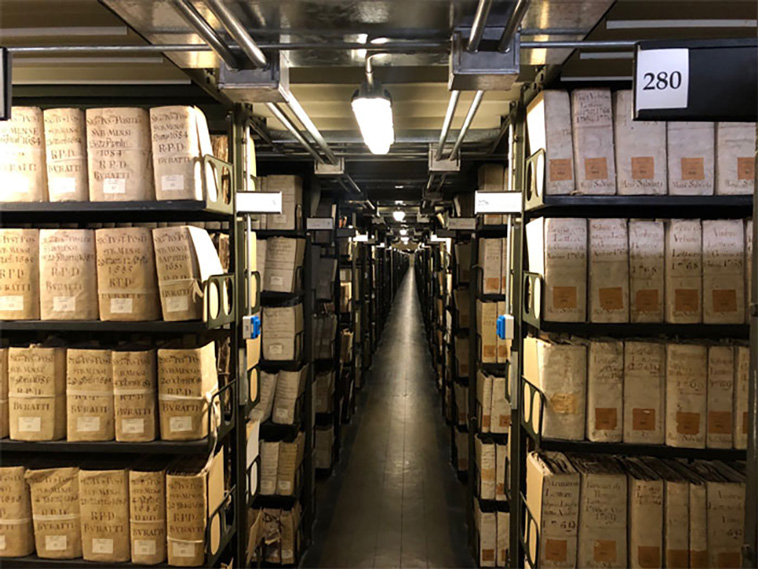 The Vatican Library has a lot of secrecy surrounding it as it is not open to the general public. The most interesting part of the Library is the Vatican Apostolic Archive. It was separated from the Vatican Library in the 17th century and it contains letters written by the popes, letters received by popes, and all acts promulgated by the Holy See.

The oldest document is a loose parchment page from 809 CE. It indicates a donation to a church in Venice. The Archive has the 1521 papal bull of excommunication of Martin Luther and it also holds the letter from Henry VIII asking a divorce from his wife. The decision to reject the request led the King of England to create his own church where divorce is accepted.

What makes the Archives so mysterious is that they have over 1,200 years of historical documents. So infinite numbers of pages in various languages neatly put on shelves that go on for kilometers. But only academic researchers are allowed to enter and that’s a few thousand people in a year, so it is safe to assume that there is so much material that nobody has ever even tried to read.