A Reddit user asked ‘Redditors who have a ring doorbell, what’s the creepiest thing you have caught on it?’ and here are 30 of the responses.

Here is more about creepy things. 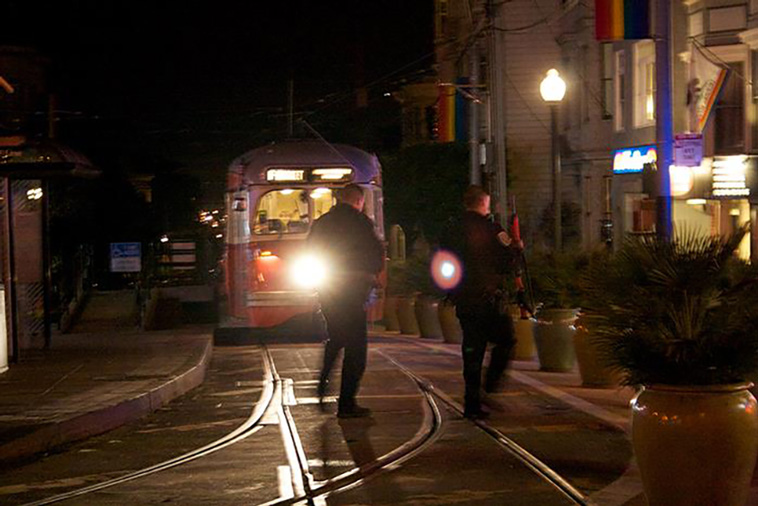 I have a camera doorbell. Not a ring. The creepiest thing I ever saw was the night I had two cops come to my door. They stood outside the door talking to eachother about if I was home or not and who would r*pe me first.

I was at home at the time.

My dog alerted me by whining at the door, and I checked the DB cam. I listened to them talking for about 10 seconds before I called 911. The operator told me they didn’t have cops in my area and to stay away from the door, put at least one more locked door between me and them and to stay on the line and quiet until the real cops could get there.

I live around the block from the fire department so it was less than 2 minutes later when a fire tuck pulled up and the two fake cops ran off. 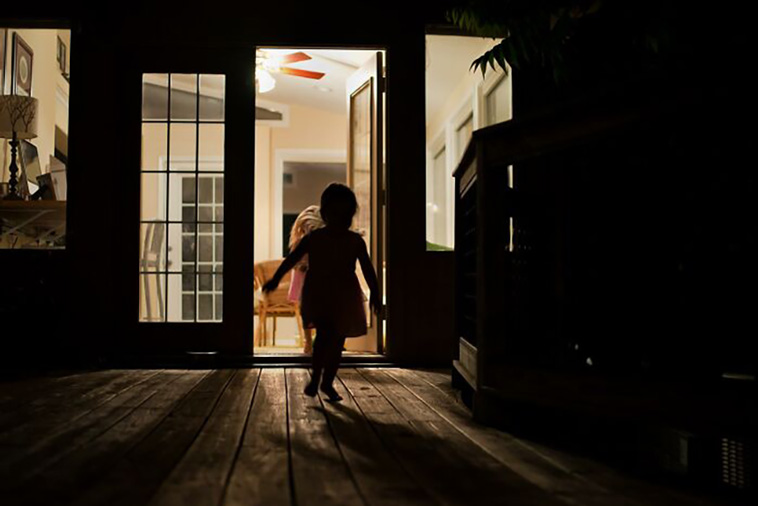 At 5ish in the morning, sun was just starting to come up and it’s the middle of winter. My husband half asleep answers the doorbell on his phone in bed next to me. It’s a toddler wearing nothing but a pj top and underwear. Husband says “hello?” Toddler says “can (my son’s name) come out to play?” Husband still half asleep says “not right now maybe later” About 3 mins later husband suddenly sits up as the reality of the situation dawn’s on him and he rushes out of the house to track down a wandering toddler walking barefoot in the streets in freezing weather. Turns out my son’s toddler friend from daycare who’s been to our house once for a playdate just walked straight out his front door undetected and memorized the route to our house. For me it was the possibility of his little journey ending very differently than it did in a number of terrifying scenarios that still haunts me. 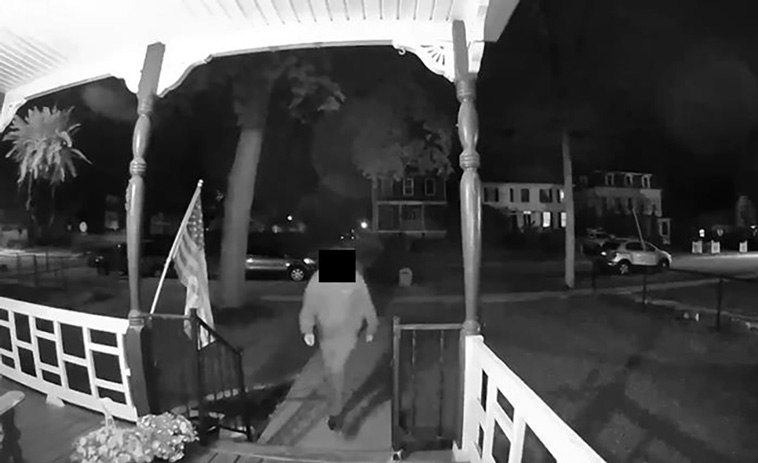 I bought my ring when they weren’t available in the UK. I imported it from America. Next door got broken into and the guy doing it was clearly looking at my doorbell wondering if it was indeed a camera or just some fancy new doorbell. I recorded him using their doorbell with his t shirt over his finger (to stop his prints) and him breaking in by kicking through the bottom panels of the door. I showed the video to the police and they said aha yep we know him. I also caught him smoking a cigarette, throwing it on the ground and leaving that sweet DNA on the butt. police picked him up, used the cigarette and my videos as evidence and charged him. He got 3 years at her majesty’s pleasure. 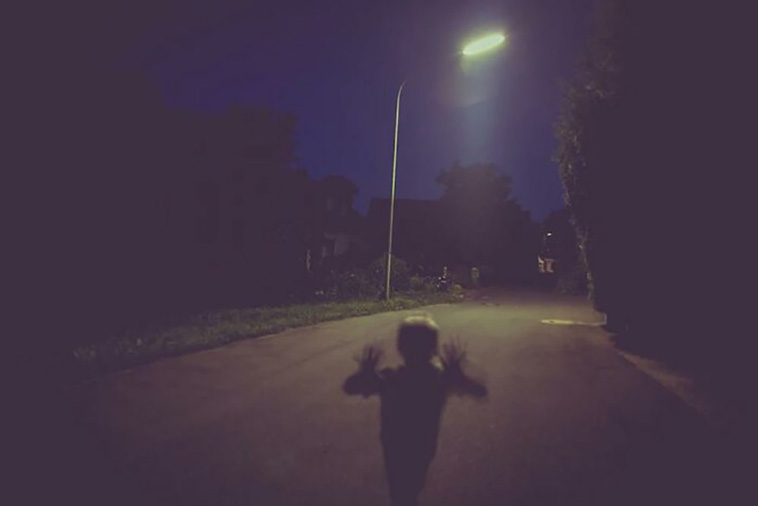 My little brother is a sleepwalker, this one time he snuck out of the house (while still asleep).

My sister said she heard someone talking just outside the door, went to look and saw my brother sat on the porch couch apparently having a conversation with my grandpa. She says he was telling my grandpa “I love you” and “I’m going to miss you.”

My dad got him back inside the house without waking him up and nobody gave much thought into what just had happened until a couple hours later when my uncle called telling us my grandpa had passed away while asleep.

My little brother says he doesn’t remember anything but we got it on video, we can’t hear what he’s saying too clearly but he was definitely talking to someone and he sure as heck said “I’m going to miss you” at least twice. 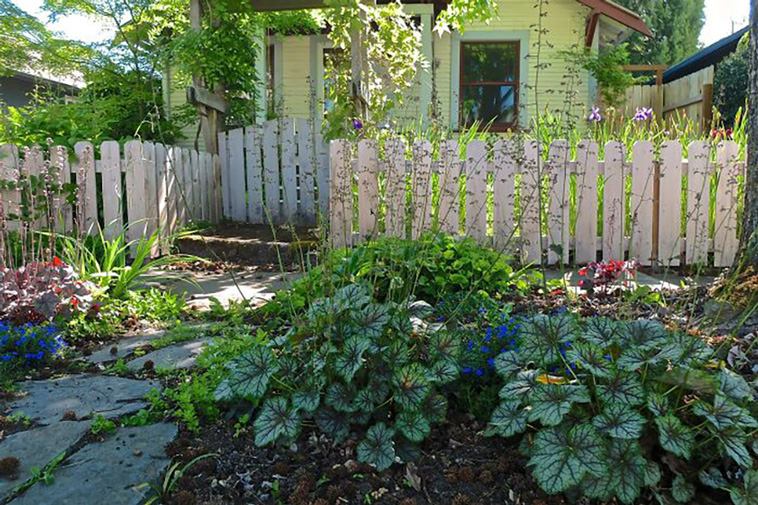 Not super creepy, but there is a guy that pets my plants sometimes. 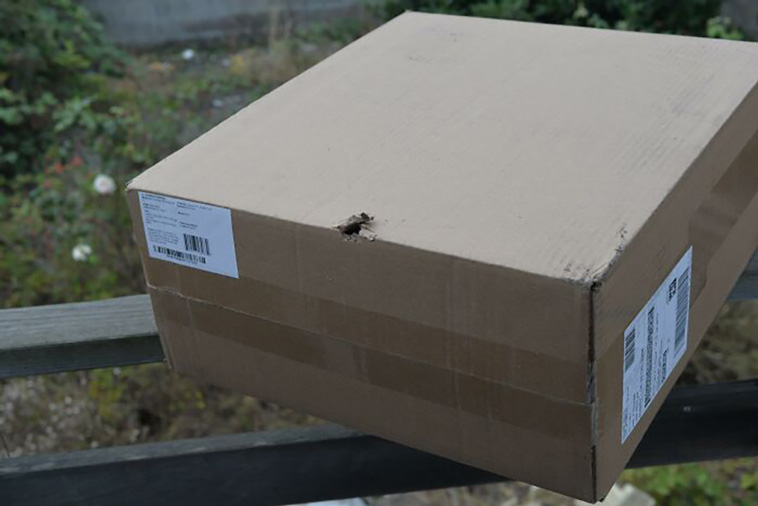 I watched a delivery driver get knuckle-deep in their own nose and then plant a gangly looking booger on one of our columns. That was the funniest.

The creepiest? Our neighborhood is a common target for porch pirates. Our neighbors got a bunch stolen off their porch a few years ago and we all put up cameras after that. You’d think porch pirates would recognize that many houses have cameras now, but you don’t get to porch pirate status by being an intelligent person. I moved some cardboard boxes outside, intending to load them in the truck and take them to the town dump. I got busy and forgot I set them out on the steps. It got late. A porch pirate came along and picked up the main box that the rest were crushed into, thinking it was some expensive package. We were unaware anything was going on until the dogs went nuts, meaning someone was at the front door. I went out, took a quick peek, nothing. The dogs went nuts again a few minutes later. This time I went back outside armed (wouldn’t be the first time I needed it). As I approached the front door, something ran across our front yard and through both sets of gardens. I then heard some crapbox rev up and putter-fart away. I checked security cam footage and witnessed that lowlife cram himself into the largest cardboard box to hide when I approached the door the first time.

It’s cool though. I left some presents for the porch pirates last year and they haven’t been back since. Package up about 10lbs of dog crap, old chicken broth (bonus if you let some chicken go rancid and toss that in too) and silver nitrate in a large ziplock bag. Glue it upside down in a cardboard box so that the flaps contact the bottom. Glue the bottom of the bag against the flaps of the box. When someone opens the box, it tears the seal open and makes one hell of a mess that they will never be able to clean up.

I have some flowerbeds out front and they’ve gotten vandalized, so I got camerasto cover them. I also live down the road from student housing so I get drunk kids stumbling through all the time.

Every semester around finals, various groups of kids come ‘pay tribute to the fae for luck’ by sitting around my jasmine bed that has a faerie house neighborhood in it. They praise the faeries, begging for luck, & leave tributes in the form of little snacks or small trinkets like bottle caps. It’s hilarious & adorable.

Random guy comes to our door at 1 AM, looks into the Ring then puts something down on the door mat but doesn’t ring the bell. About 15 minutes later, someone approaches the door quickly, takes it and runs off.

I saw two events in the morning and was like WTF. Seeemed super sketchy. Then my next door neighbor texted saying he got home super late, ordered food, and the delivery driver dropped it at our house instead of his. 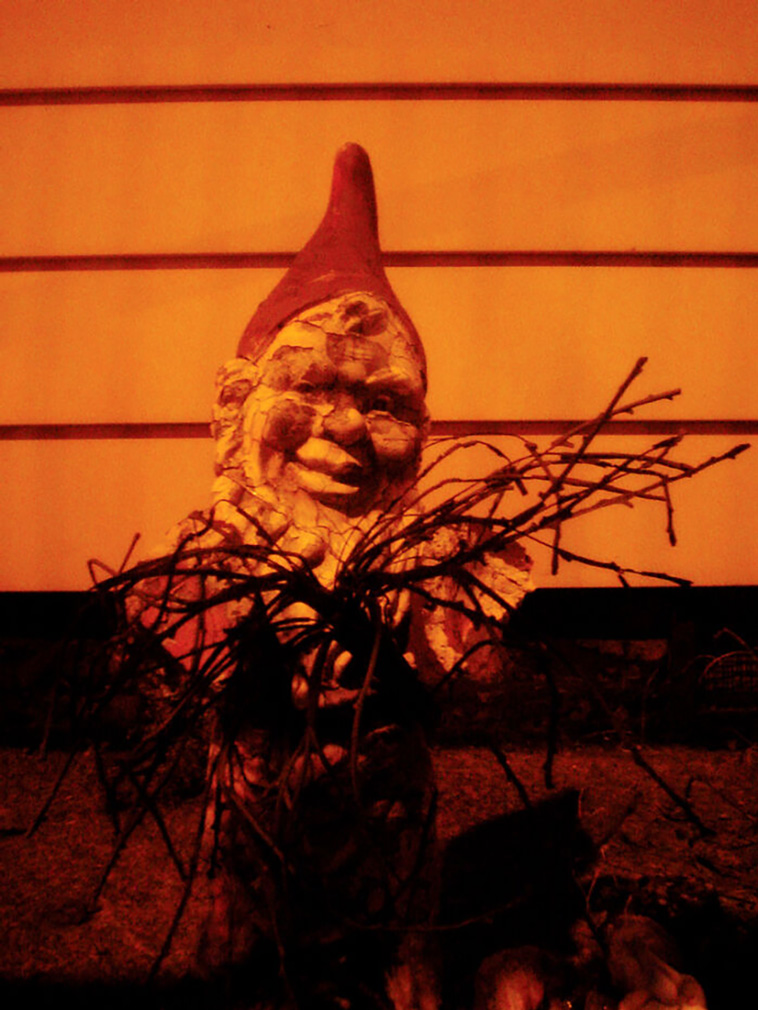 Not really creepy but there’s a serial gnomer in my neighborhood being caught on doorbell cameras. She’s dropping off gnomes on the unsuspected and walks away.

A previous owner of my house had installed a mezuzah on the door. My wife and I aren’t Jewish but we left it because.

About once a year in the early spring, a car will pull up in front of our house. An older man will get out, walk to the door, then Touch the mezuzah then get back in his car and leave.

It’s not the previous owner, but it may be the person who put it there.