Described as a “one in a million” find, a male yellow-pigmented Northern cardinal was spotted at a backyard feeder!!

The yellow cardinal (Gubernatrix cristata) is a species of bird in the family Thraupidae. It is the only member of its genus, Gubernatrix. 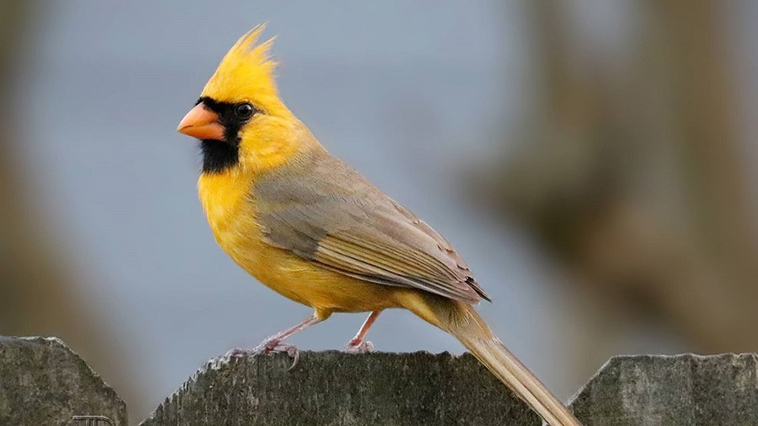 It is found in Argentina, Brazil, Paraguay, and Uruguay. Its natural habitats are dry savanna, temperate shrubland, subtropical or tropical moist shrubland, and temperate grassland. It is threatened by habitat loss and by pet trade trappers. The main gender that is caught is males. As such, the Yellow Cardinal is characterized as endangered due to the constant entrapment. There was a study conducted that looked at the vocalization of the Yellow Cardinal in its habitat. It was found that there was some variation with the Common Diuca Finch.

Charlie Stephenson of Alabaster, Alabama, an experienced birder, found the rare bird hanging out in her feeder. He didn’t know what it was at first, “I thought ‘well there’s a bird I’ve never seen before.’ Then I realized it was a cardinal, and it was a yellow cardinal.”

Geoffrey Hill, a biology professor at Auburn University, believes that the bird “carries a genetic mutation. This mutation causes what would normally be brilliant red feathers to be bright yellow instead. He says, “There are probably a million bird feeding stations in that area so very very roughly, yellow cardinals are a one in a million mutation.”