Cuban Tody with big-headed and short-tailed is a cute leaf-green bird that is not much bigger than a hummingbird.

A small, gemlike, woodland species that is usually found in pairs. The rather large head, long bill, and short tail create a unique profile. Also, note its shimmering green upperparts and red throat and sides. No similar species occur within its range. It usually hunts from low-to-middle level perches, sitting nearly still before leaping upwards to snatch prey from twigs and leaves. Vocalizations include a loud “chuk, chuk, chuk, chuk,” uttered at a rate of about seven to ten notes per second, with each burst consisting of one to ten notes; bursts often come in rapid succession. * 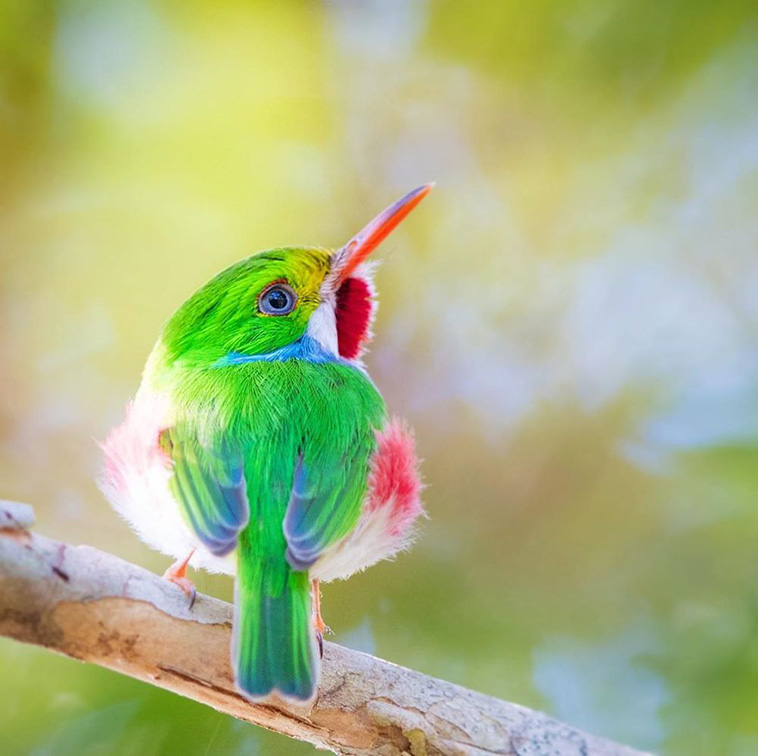 The Cuban tody diet is dominated by insects, but also may include small fruits, spiders, and small lizards. Although the birds’ ecology has been little-studied, they are known to participate in mixed-species flocks. They are also food items: predators include both people in poor areas and mongoose. * 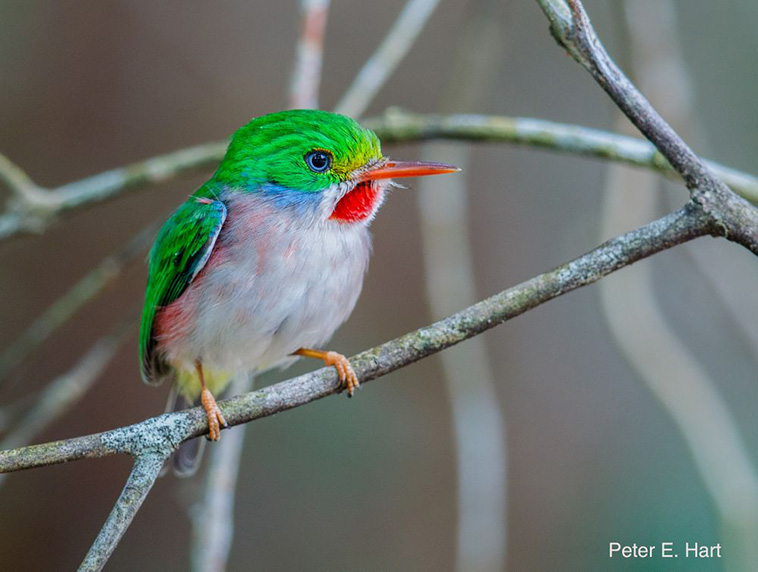 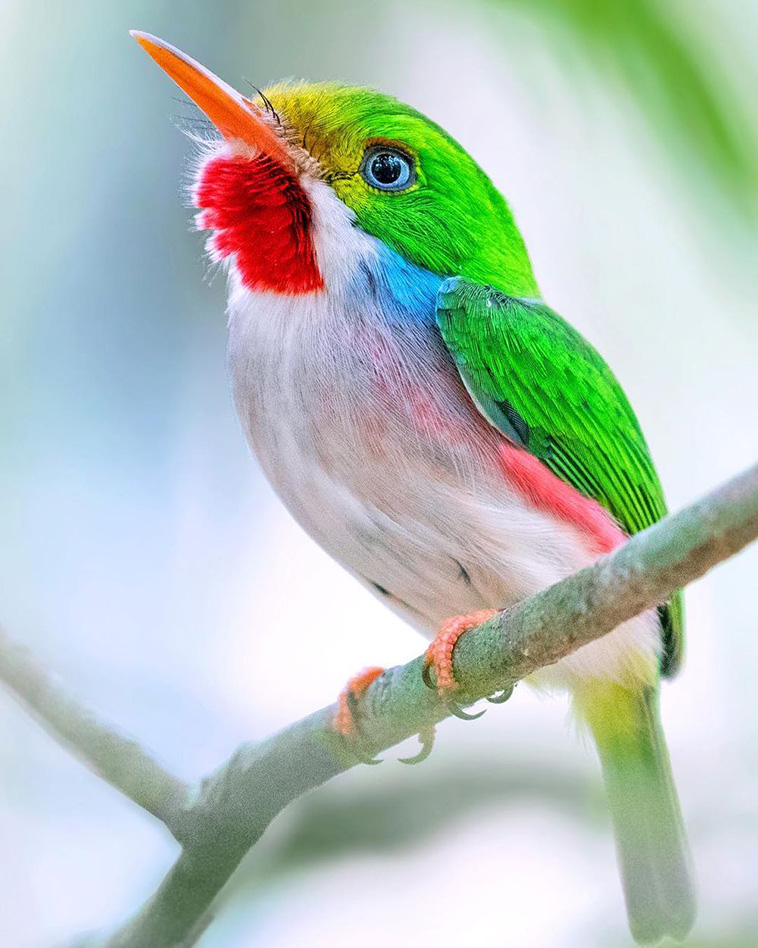 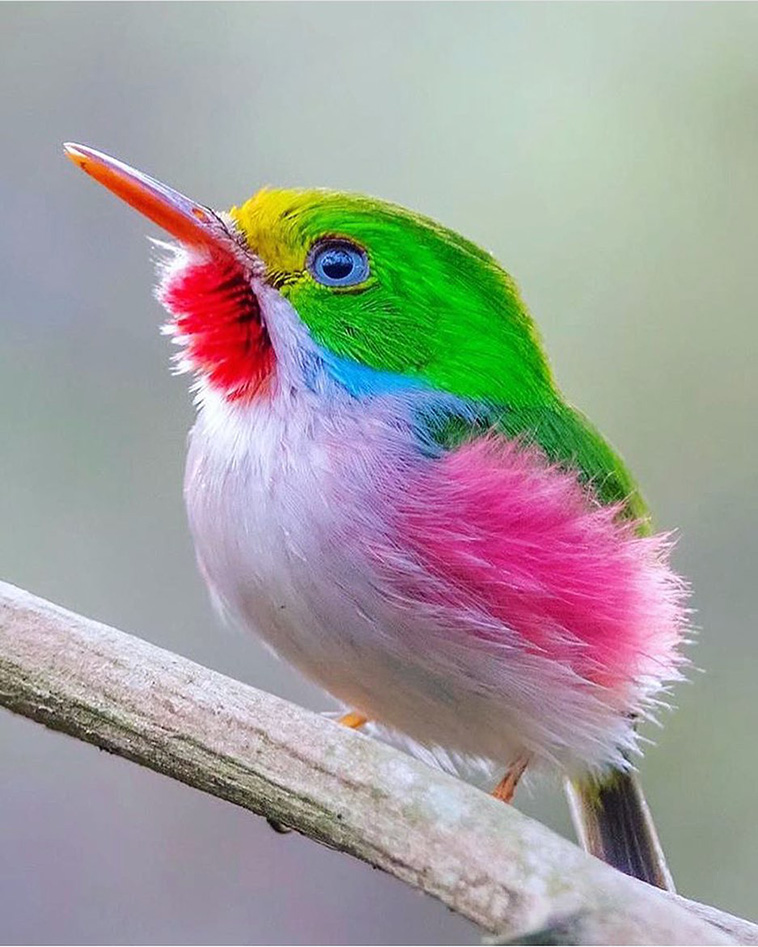 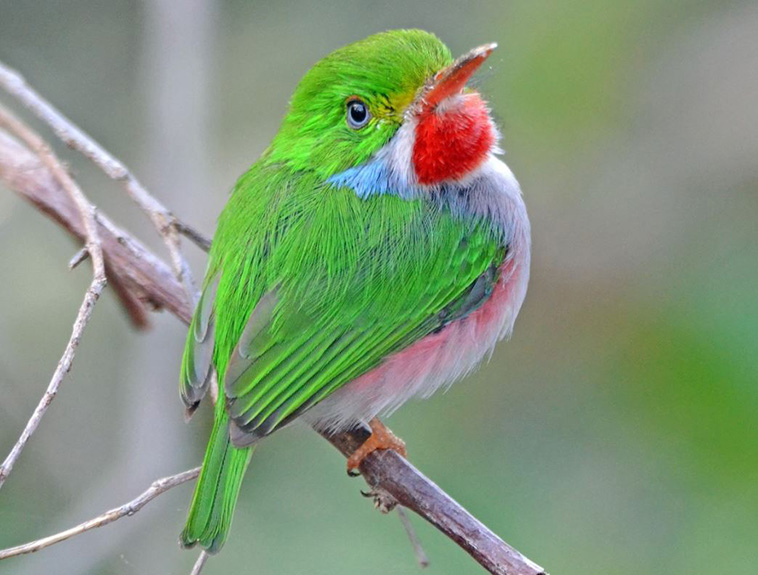 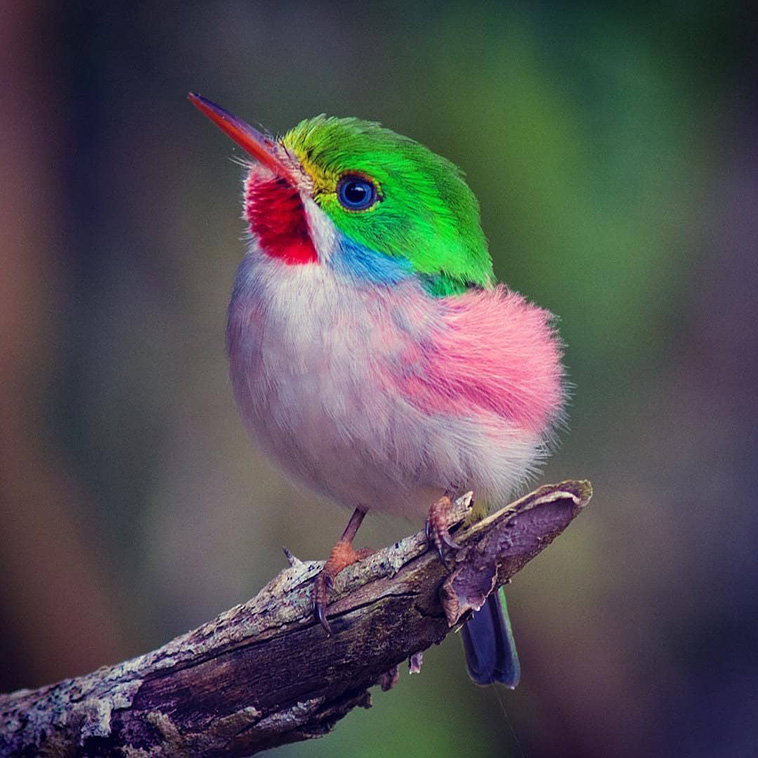