21. This Building Was Found In A Country Estate In Scotland. It’s About The Size Of A Large Shed And Has Small Slits And Platforms On The Outside. What Is It? 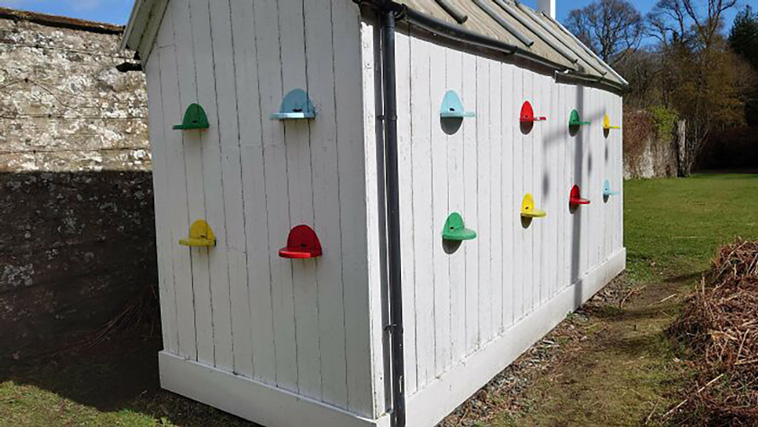 Answer: It’s a bee hotel. The bee house version instead allows for multiple complete hives where the bees live, which I suppose is less like a hotel and more like condominiums.

22. Small Red Container. The Lid Has A Small Spoon Attached To The Inside 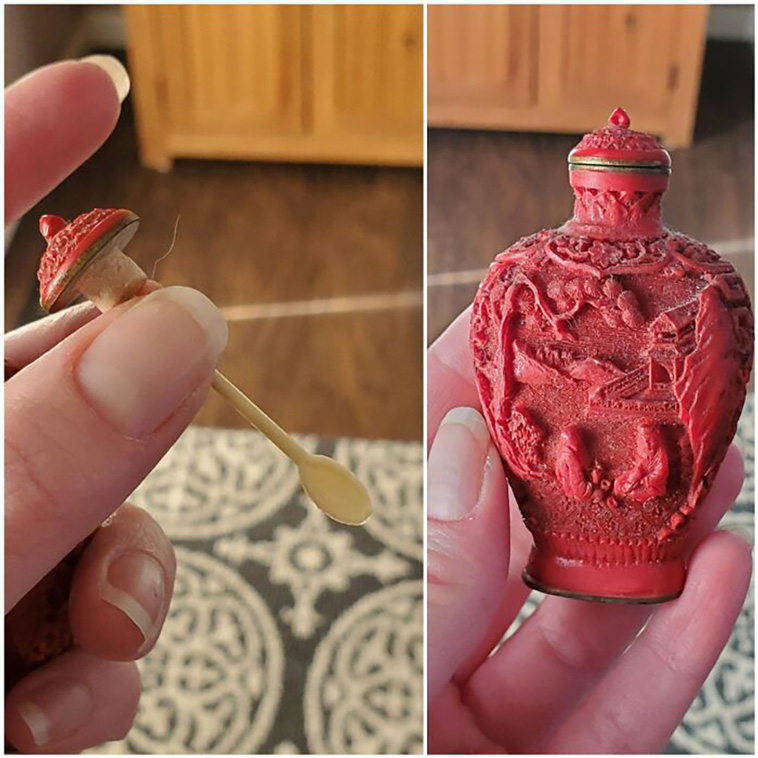 23. What Is This Boat Off The Coast Of Long Island, NY With Three Tall Smoke Stacks? 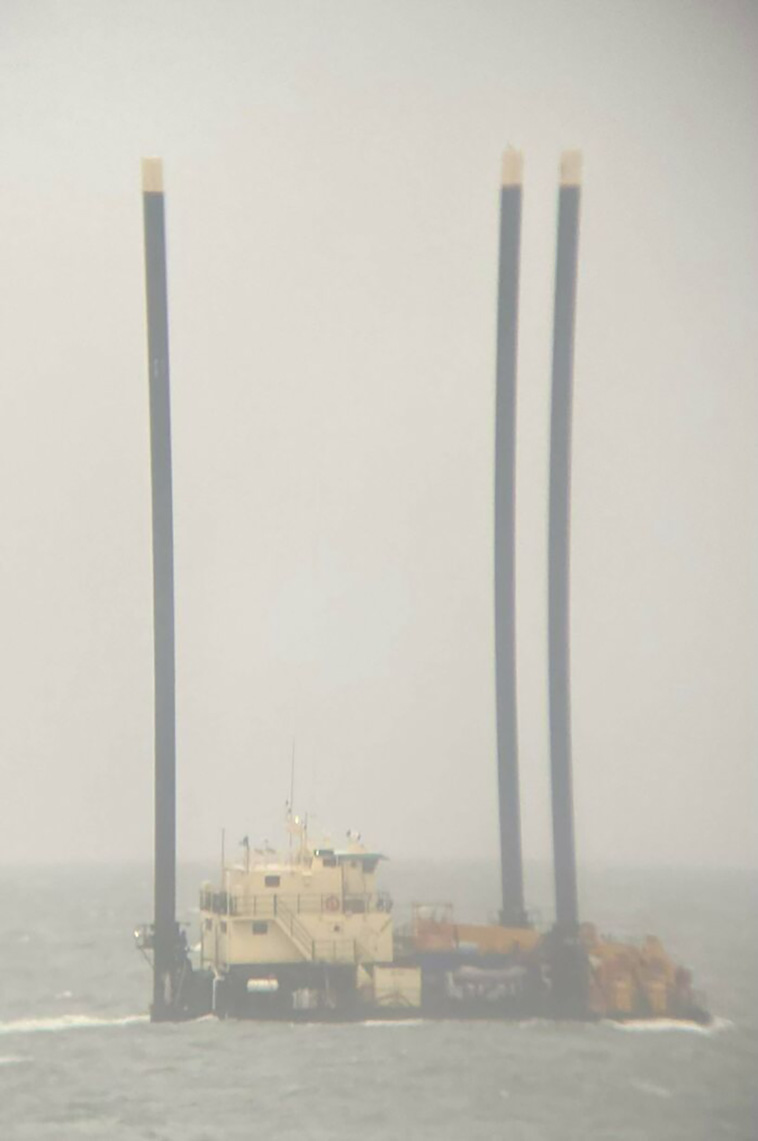 Answer: Not smoke stacks, piles. It’s a working barge, and those piles are lowered into the sea floor to stabilize the vessel while working. They are very commonly used on maritime construction projects such as bridge and tunnel building, surveying, shore protection, etc.

24. Bundle Of Rubbery Sheets Found Washed Up On A Beach In The Caribbean 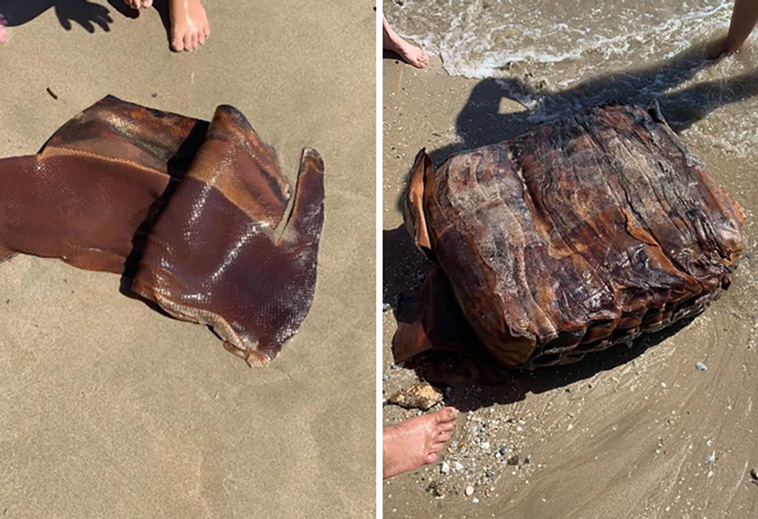 Answer: These are rubber sheets from harvesting rubber from rubber trees. They ship them in cubes with a bunch of these

25. Old School Chem Set Maybe? Found In Abandoned Building With No Info On It 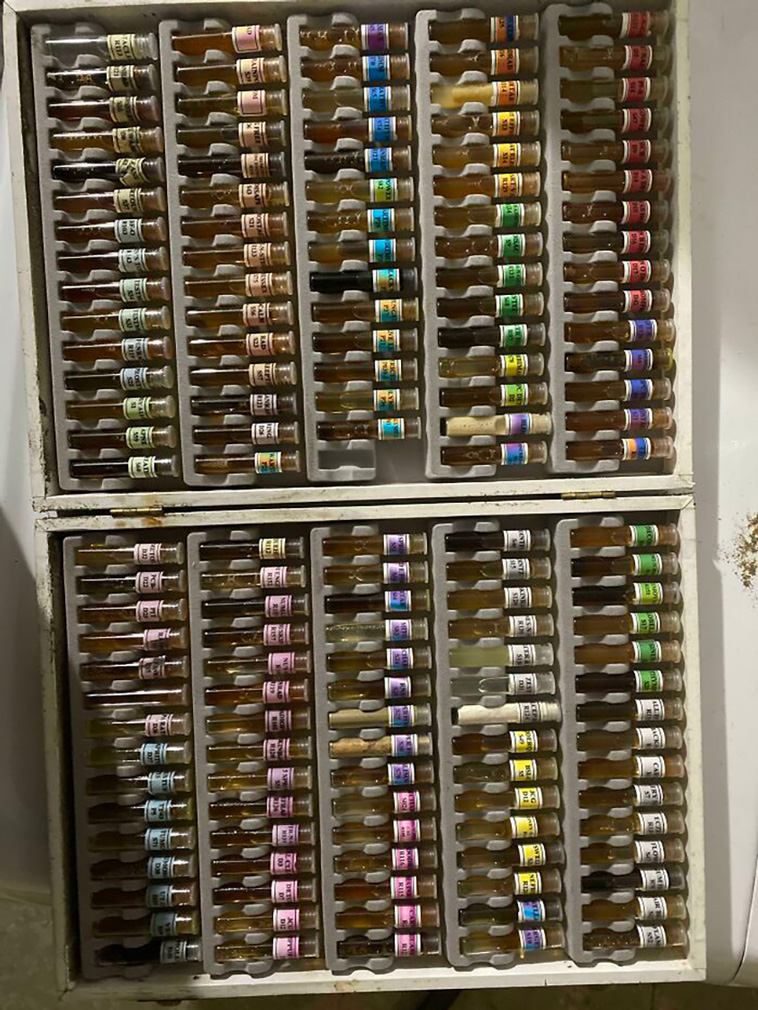 Answer: Bach flower remedies. They are solutions of brandy and water—the water containing extreme dilutions of flower material developed by Edward Bach, an English homeopath, in the 1930s. 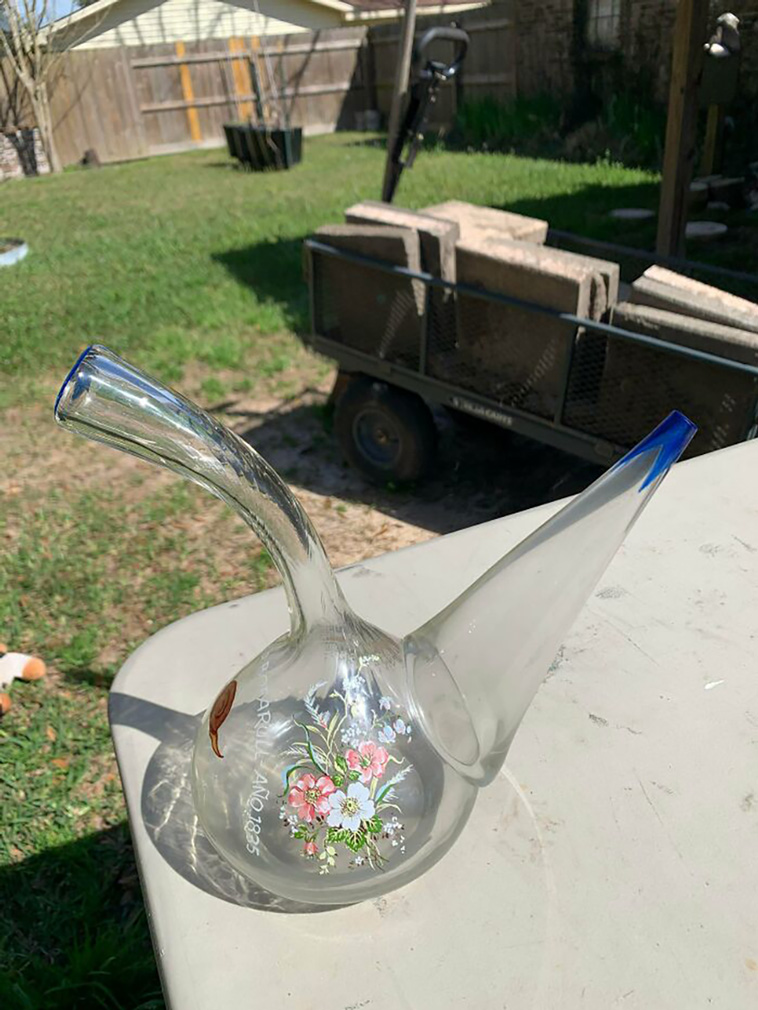 Answer: It’s a kind of wine bottle used in Spain, specifically Catalonia. You drink from it by pouring a stream through the air and directly into your mouth. I’ll see if I can find the actual name.

Found it. It’s called a Porron

27. Metal Sphere With Russian Writing Found On A Bahama Beach 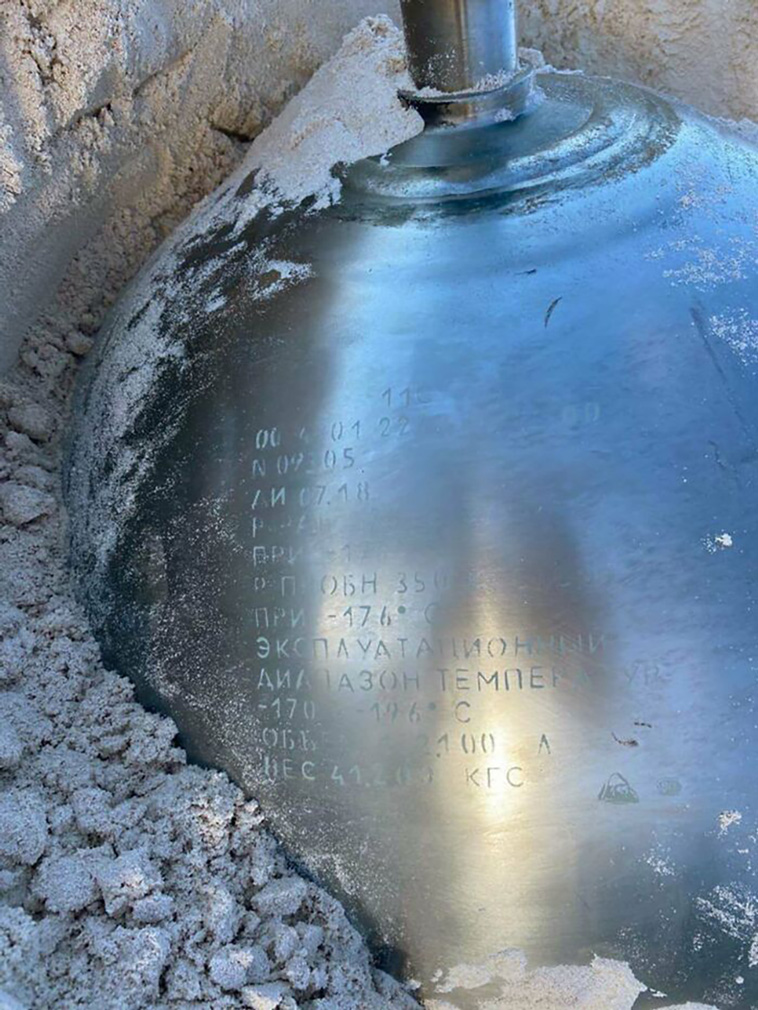 Answer: It probably contained high pressure nitrogen (-196 C is the boiling point of nitrogen). Likely used to spin up the pumps of a rocket motor as it started. A sphere is the ideal shape for containing high pressure gas/liquid.

28. Found This Metal Object In Auckland, New Zealand. Banana, Hot Wheels Car And Fruit Pie For Scale! Metal (Brass?) With Screw Thread At The Bottom And Coloured Plastic Rings Around Shaft, Some Opaque, Some Transparent. Found On The Shoreline At The Ōtuataua Stonefields Reserve, Near The Airport 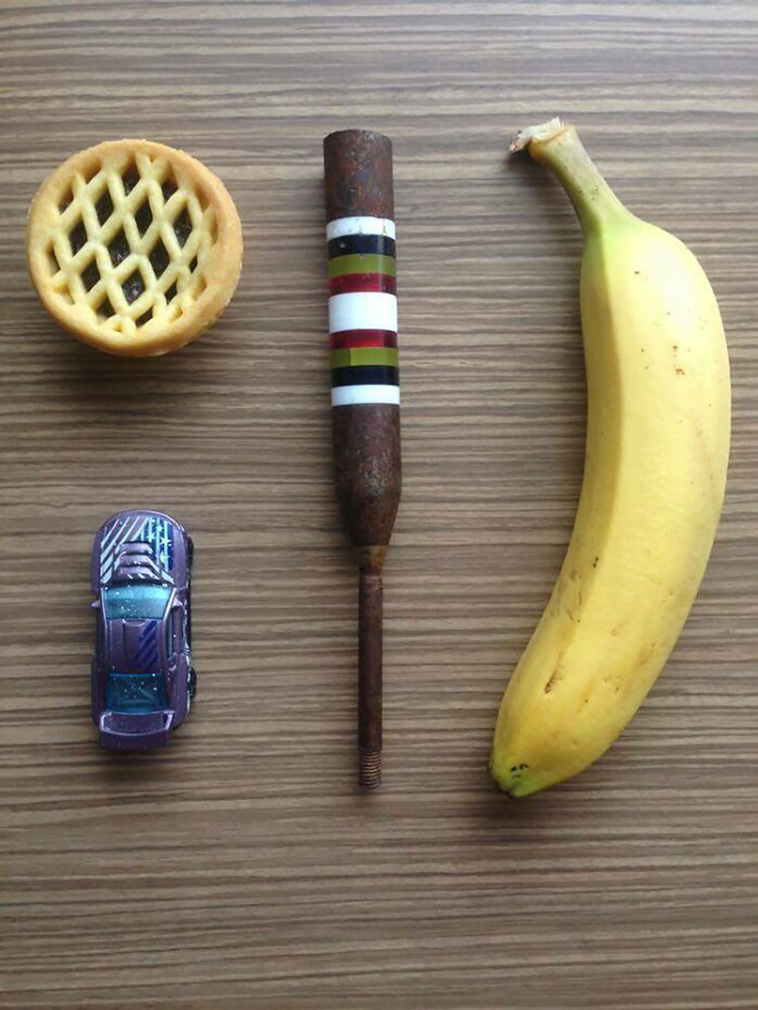 Answer: I’m sure this is the handle to a machinists hammer. It’s the common item to make when learning how to turn on a lathe. I made one nearly identical when I first started.

29. Found In A Garden. Metallic Object That Closes In On Itself 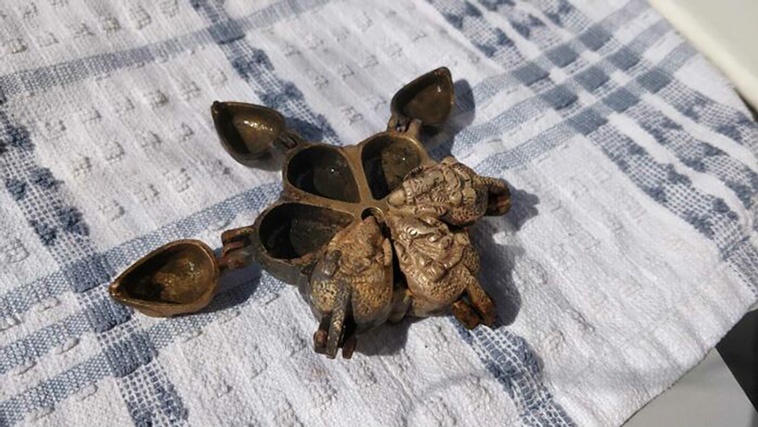 Answer: Looks like a Hindu ritual box. It is missing the middle piece that would sit in that central hole.

30. What Would Be Shipped In This Strange Shaped Container? 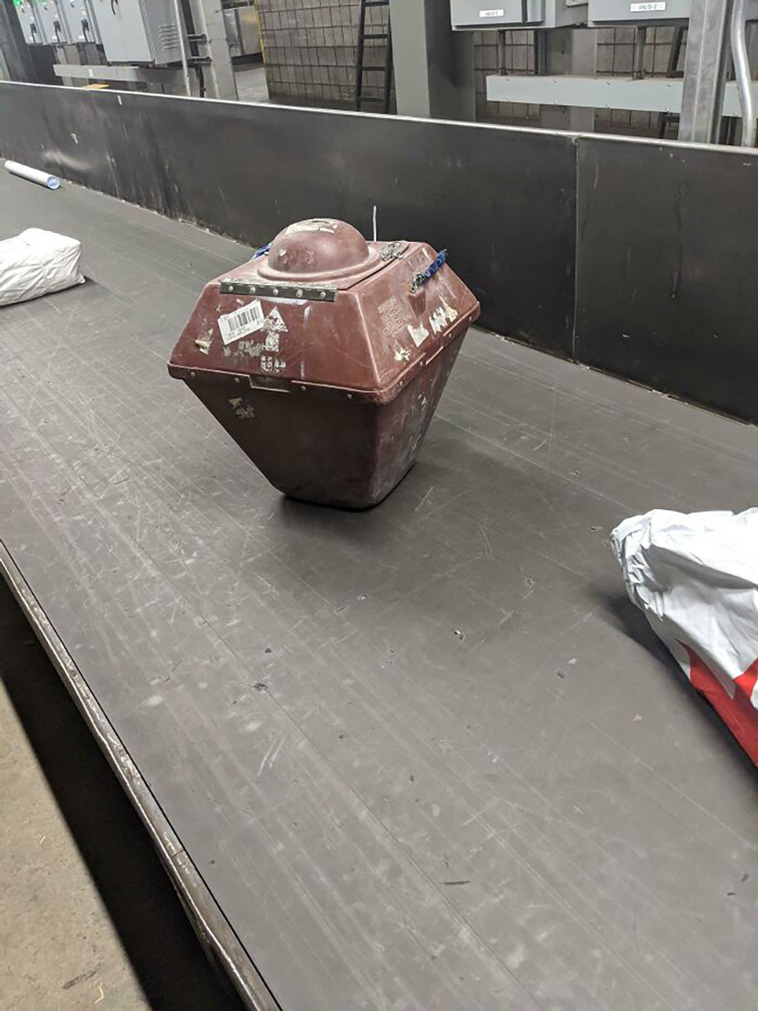