Long roads of New Zealand. No part of the country is more than 128km (79 miles) from the sea. 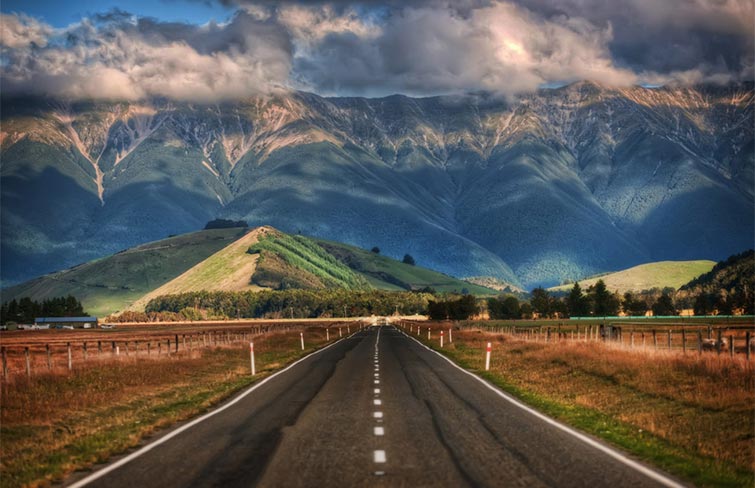 Colorful sunrise over Tunnel beach. About one third of the country is protected national park. 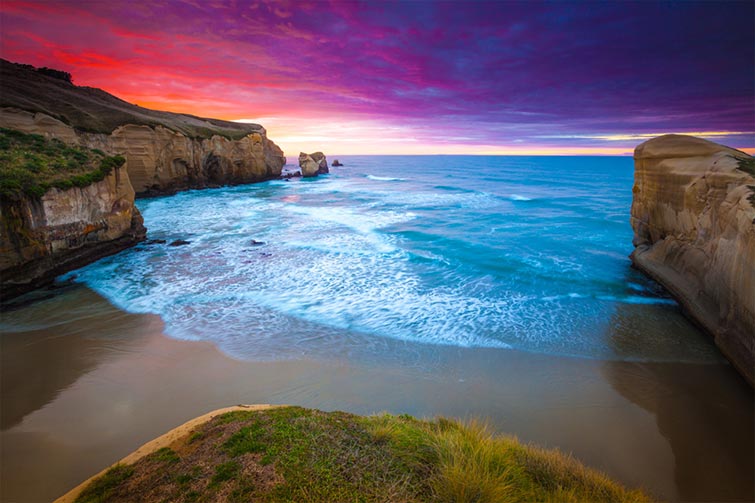 Sphere Rocks also known as Moeraki Boulders is a phenomenon, a formations created by hardening sea sediment – that have been exposed through sea erosion. 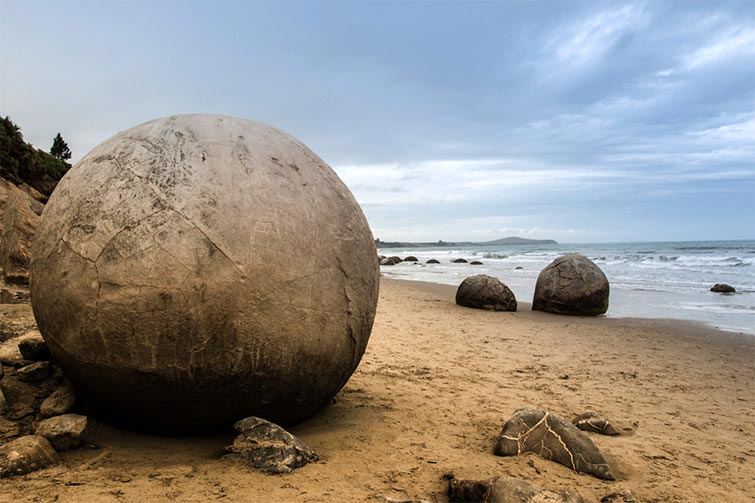 Lake Tekapo is the second-largest of three roughly parallel lakes of the Mackenzie Basin in the South Island of New Zealand. 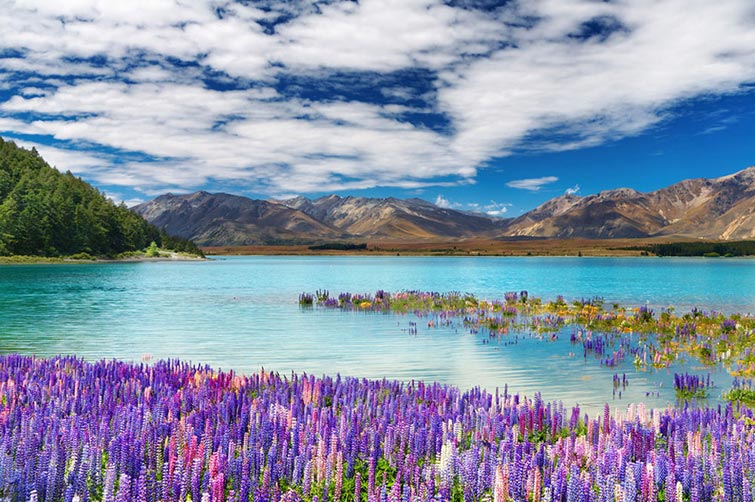 Wanaka river from above. New Zealand is one of the only countries to have two national anthems- God Save The Queen and God Defend New Zealand. 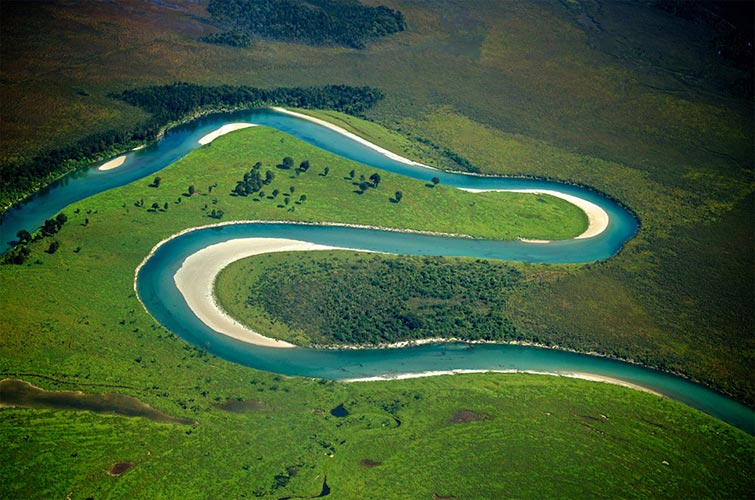 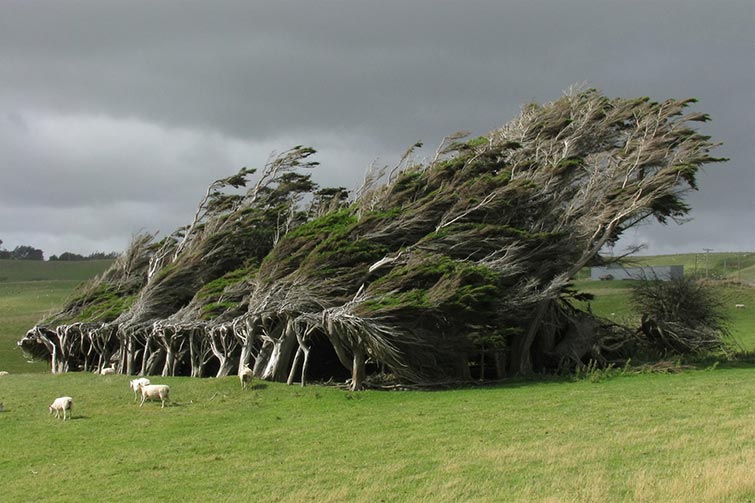