Not everyone has good neighbors. A Reddit user asked ‘Redditors who have had “neighbors from hell”, what happened?’ and here are 30 of the responses. 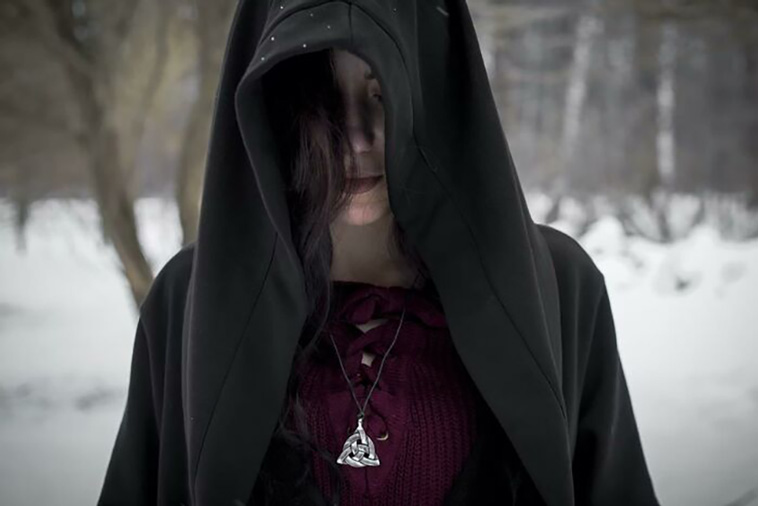 I have SUPER religious neighbors. They hang signs for the local church camp on their property ect. They kept putting our garbage cans in our driveway. While it was stupid and annoying it became more and more aggressive, they would trespass on my property and do damage to my house. But I could never catch them in the act.

So I did the only thing a sane person would do, I put on my velvet ritual cloak and made a show of putting a salt circle around my property, chanting and carrying on. 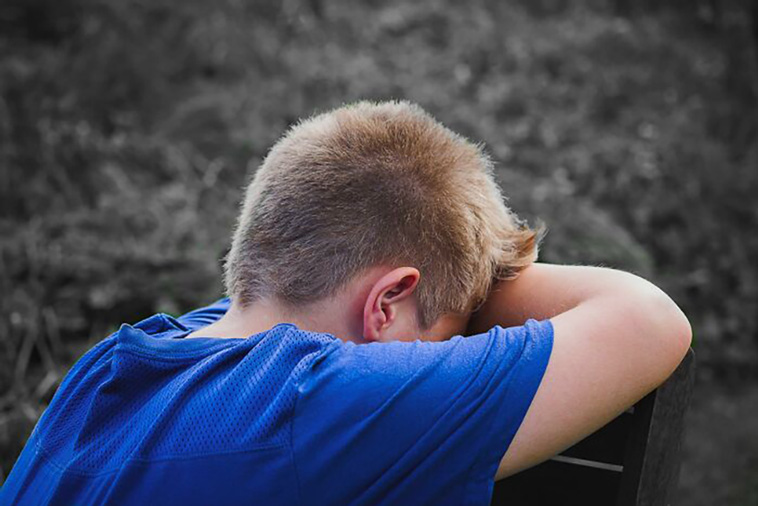 I used to be good friends with a girl next door from when we were ten till HS started, even though she treated me like sh*t. Her parents were obviously alcoholics so I felt sorry for her more than anything. My little brother came along with me over to her backyard one day and he accidentally tripped and fell into their back-porch door. Her mom, who had daily naps from all of her drinking, was woken up and stormed outside to scream at my little autistic brother that could barely speak. When he didn’t respond (duh), she burned him with a cigarette on his arm. Not as crazy as some of these other stories, but she still knowingly burnt a 6 year old autistic kid. 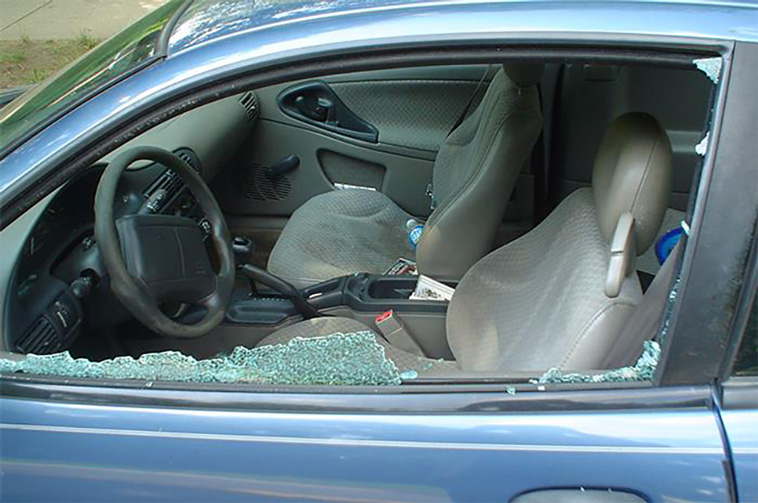 This is a bad neighbor story that was fixed by a good neighbor.

My grandma who passed away recently lived in not the best part of town. She worked at my dad’s laundromat there (refused to leave and loved working there for 30+ years). 10 years ago some new neighbors came in and decided to pick on my grandma (the entire family, young to old). They would steal carts, throw sh*t at her, steal money when she wasnt looking, etc. I had no idea what was going on and my gramdma was too prideful to tell anyone.

However, one day another neighbor that’s been washing his clothes there for 20+ years saw this. I am pretty sure he is a drug dealer but I don’t judge, I played baseball with his kids. He legit told my gramdma to wait inside, picked the littlest one up, hung him on a fence post and exchanged words with the father before picking him up by his neck. The entire street watched. They moved out the next day after he smashed all their car windows. Till this day not a soul has bother my grandma. I didn’t hear this story until her funeral last week. It’s amazing how terrible and great people can be. 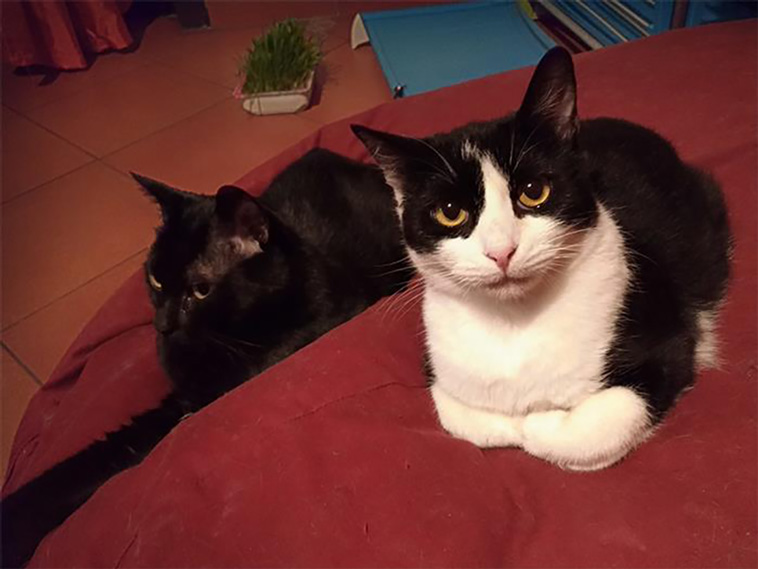 In an apartment. This lady lived on the third floor. She must have let her cat piss everywhere bc the entire building reeked like cat piss. The smell entered my apartment frequently. When I passed her in the hallway I would have to hold my breath bc she smelled so bad. I dealt with this for 2 years with multiple complaints to the office until I eventually called animal control. Turns out she had 30 cats in her apartment. 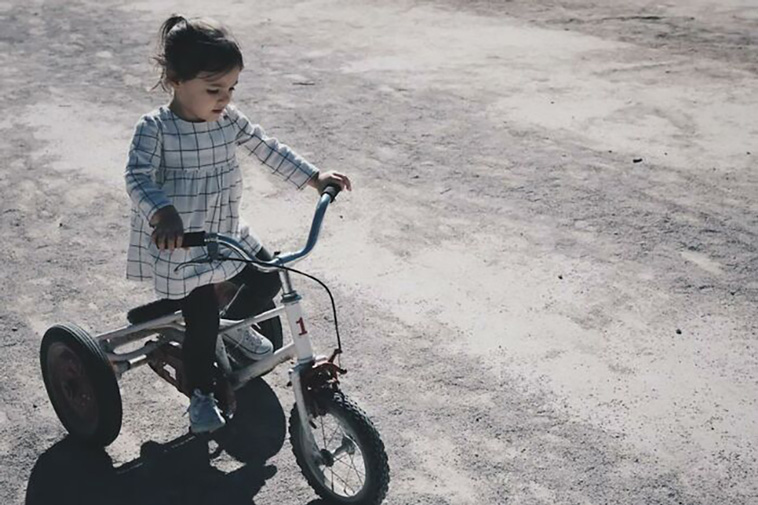 When my daughter was five we rented the top floor of a two family house. The owner gave the bottom floor to her sister (recovering substance abuse problems, trouble holding down a job, two kids, absentee father).

One day my daughter’s tricycle went missing. Found her kids on it an hour later. Confronted her about it and she said my daughter was spoiled and my family didn’t deserve to have anything her family didn’t have. (My husband was on disability recovering from a life threatening injury, and I was a school teacher. So… Not exactly the Kardashians!)

When the thirty year old woman began to taunt my daughter and take her belongings, that’s when we terminated our lease. 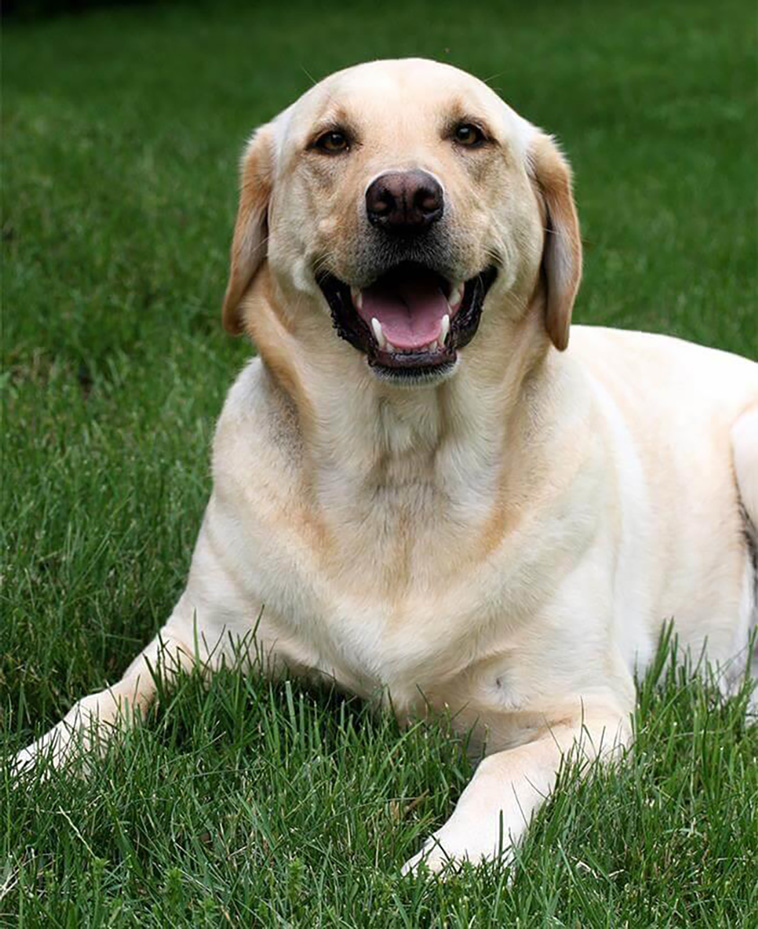 They tried to kill my dog because it was a “death dog.” She was a white lab and very sweet.

We had a large fenced in back yard. My dog wasn’t terribly loud. She wasn’t aggressive at all. She was just the size of a lab and my neighbors, specifically the wife, thought that made her evil. They called the cops more than once saying my dog was terrorizing the neighborhood. The cops came, met the dog, and we explained that she was always in her yard. They left saying just make sure she stays in the yard. Well neighbor called two more times to complain and eventually they went and spoke with her about her ludicrous complaints.

Here is when she started taking matters into her own hands. We noticed our dog was getting sick a lot. Like really sick. We took her to the vet and the vet said we needed to stop feeding her human food that could be bad for dogs. We had NO CLUE what she was talking about. We went back home and decided to keep a closer eye on her. Turns out our neighbor had been dumping all manner of vile things over our fence. Food scraps, mop water, and god knows what else. We went and spoke with her about this and she denied it. Finally we caught the b***h on video and made sure she saw us recording her.

Later that night the husband comes over and apologizes for his wife and begs us not to call the cops. He promises he’ll ensure our dog is left alone. We agreed but said if anything happened to our dog again, we would press charges.

Thankfully she stopped coming after our dog. She moved on to our landscaping. She climbed over the fence more than once to trim (read hack and destroy) our hedges and a few saplings. She even went and pulled all the flowers out of our flower bed that we had just planted. We went and spoke with her husband as he was the more sane of the two. Same conversation as with our dog.

There were more random things that we could never prove. Eventually she fell very ill and passed. Her husband was like a different person. Invited us over for barbecues and all. Eventually even got himself a little dog.

TL;DR- called cops and then fed my pup food scrapes and cleaning supplies over a fence. Proceeded to destroy plants and her husbands life until she passed on. 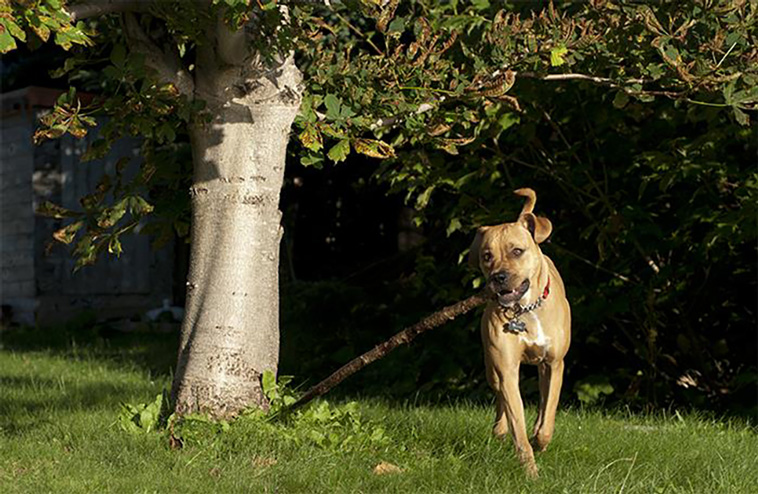 We have a beautiful pit bull/boxer mix that was stolen out of our back yard by our neighbors and given to a shelter for pit bulls. We looked for our dog for WEEKS, all day and night. Just as we were about to give up, my mom checked local adoption ads and found our dog. The shelter she was given to was literally a block away from our house and they informed us of the people who brought her there, who turned out to be our neighbors. So we got our dog back and the neighbors continued to try to get our dog taken away from us by calling the police for animal abuse multiple times, even when we were playing with her in our own backyard and very obviously loved her. 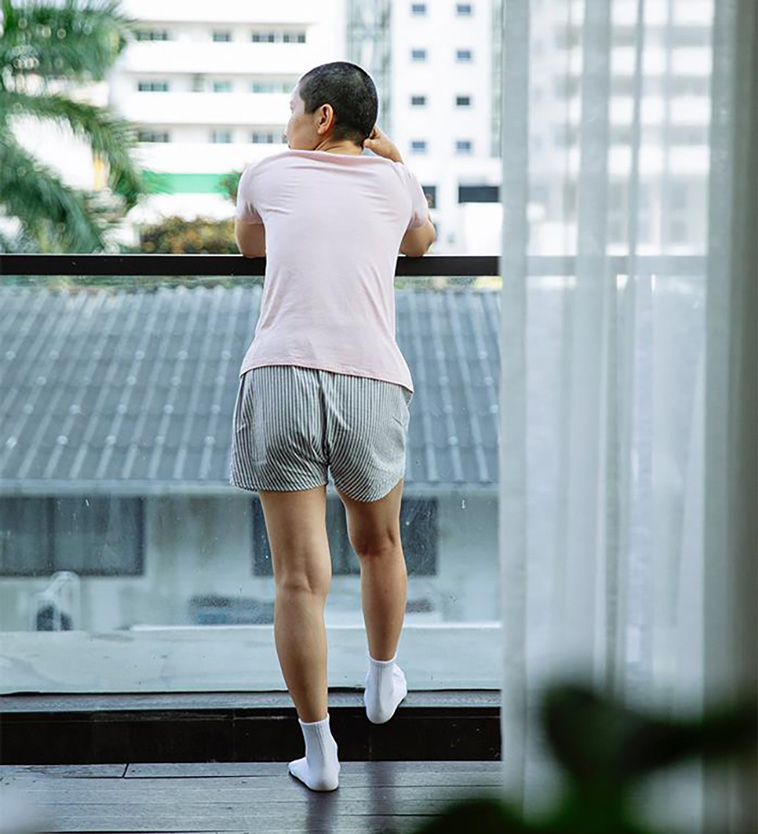 This isn’t even everything that went down with that neighbour, just some (not so) brief highlights.

My mom had this neighbour who pretended to be weak from cancer/chemo so her landlord couldn’t get mad at her for when trash bins were full and lawn was filthy. She even went as far as shaving her head and faking a limp, cane and everything. Mom baked her some cookies and offered to take care of her bins and lawn, neighbour spills about her scam. My mom, now enlightened about my neighbour’s The Fault in our Stars bullsh*t and tired of the trash blowing into our yard, called the landlord. Neighbour wasn’t happy and would blast music at ungodly hours of the night/wee morning to get back at my mom. Mom would get frustrated because she worked late and left early, filed noise complaint to police. Police arrive, neighbour claims my mom (old little Asian lady) punched her in the chest. Neighbour wants her arrested, mom shows cops our security cam footage, no mom punching, instead finds crazy neighbour kicking her 9 year old daughter out in the middle of the night. 9yo is banging on her door, my mom comes out to check on noise, tries to bring hysterical girl inside (it’s like 2am), neighbour comes out and sprays her with the hose. Neighbour taken away, daughter sent to live with dad. 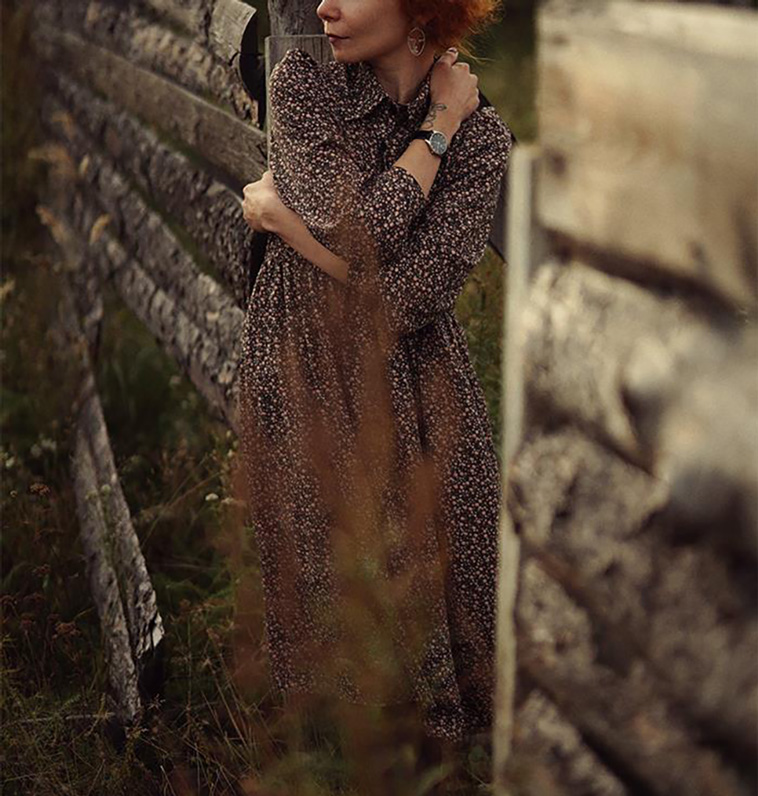 Every time I stepped into my backyard my neighbor would hide his chin behind his fence and give me life advice that suspiciously fit any tough situation I was in.

My first apartment was a real dump in a seedy complex, and I had two people who I’d consider “neighbors from hell”. The first was the lady who lived above me, who let her small dog piss and sh*t all over the balcony, meaning we basically couldn’t open our back door in the summer because of the stench. She also smoked weed constantly, and asked to borrow money several times. When they moved out they had to tear up all the carpet and deep clean the whole place. She had no teeth, too, which was weird.

Another was a guy who lived a few spots down from us. One night I could hear him fighting with his girlfriend through my window, so naturally my girlfriend and I were content eavesdropping on it until we heard a loud smack. Immediately I called the police and off he went to jail. When he returned for his stuff it’s my understanding that he got a Grade A a*s-whooping from several of her friends who were there to welcome him home.