If you were accustomed to beautiful scenery and unique landscapes, you should know that beauty also lies in simpler elements, like a tree. Some trees in this world will cut your breath. Not only do they filter our air, providing the oxygen we need so much, but also will give an entirely new face to the city we live in. There is such a great diversity of tree species and such a large number of them that some do look apart. Some trees may have a unique shape, like large and bulky trunks, some of them might be colored in the most fantastic ways or just have that special something that catches your eye and make you stop to watch. Here are some of the most magnificent trees around the world. 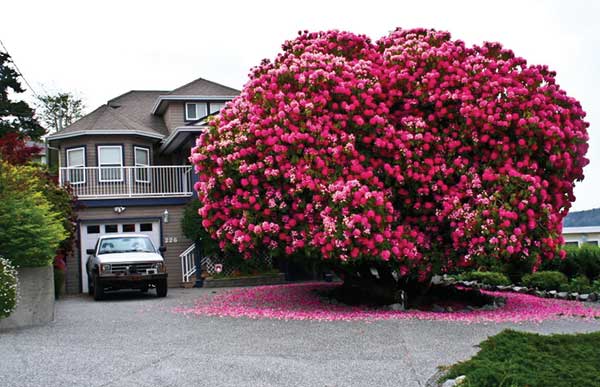 Rhododendron is a very large genus of about 1,024 species of woody plants in the heath family (Ericaceae). It is either evergreen or deciduous. Most species are native to eastern Asia and the Himalayan region, but smaller numbers occur elsewhere in Asia, and in North America, Europe and Australia. It is the national flower of Nepal, the state flower of Washington and West Virginia in the United States, the state flower of Nagaland in India, the provincial flower of Jiangxi in China and the state tree of Sikkim and Uttarakhand in India. Most species have brightly colored flowers which bloom from late winter through to early summer.

Azaleas make up two subgenera of Rhododendron. They are distinguished from “true” rhododendrons by having only five anthers per flower. 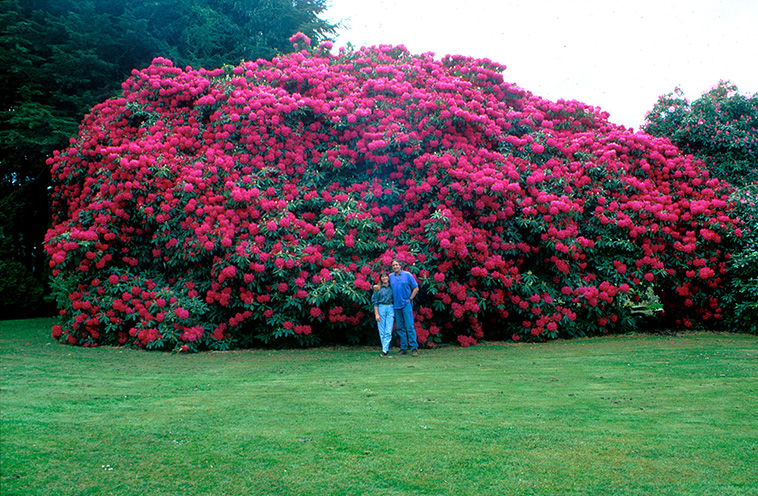 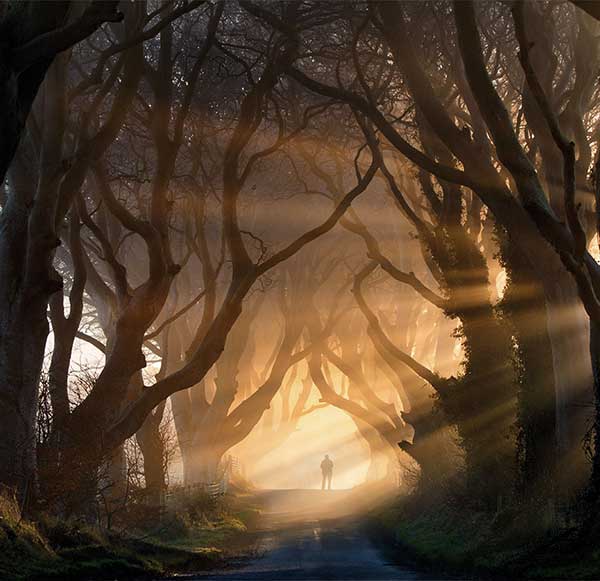 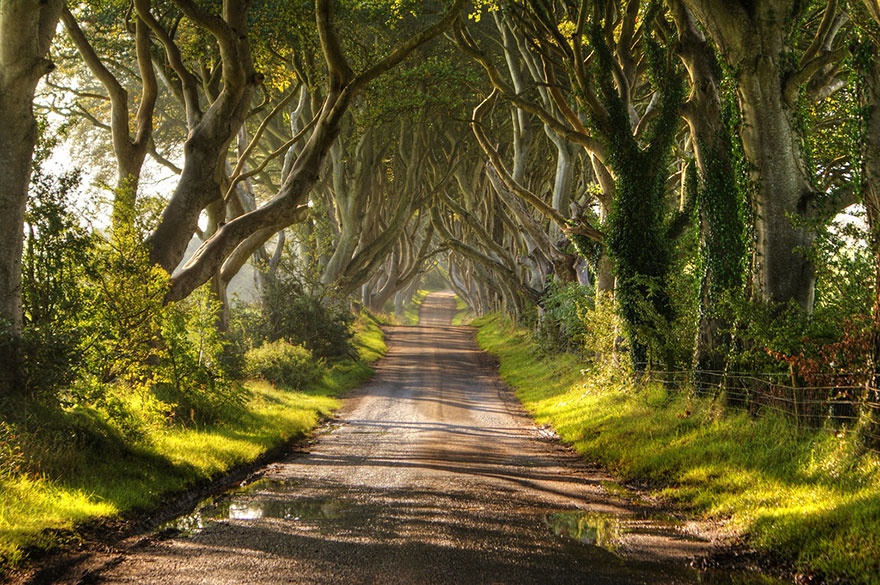 In some cases, trees are sculpted beautifully by the significant amount of time and space they had to grow in. So from being a little shrub, they ended up being massive but breathtaking masterpieces of nature. Filled with colorful blossoms and a beautiful crown, they are something you would want to have in front of your house. So here are the most impressive and gorgeous trees you can find in the world.

Spread across 1,990 square feet, this purple wonder of Japan is a colossal vine. It looks beautiful by making pink and purple flowers, which drop like small curtains from the height they’re growing at. Due to its massive size, the Japanese had to place large rods, made out of steel, to sustain the weight of the plant. The place is very visited by tourists all over the world. They want to come here and just walk under the beautiful flowers. 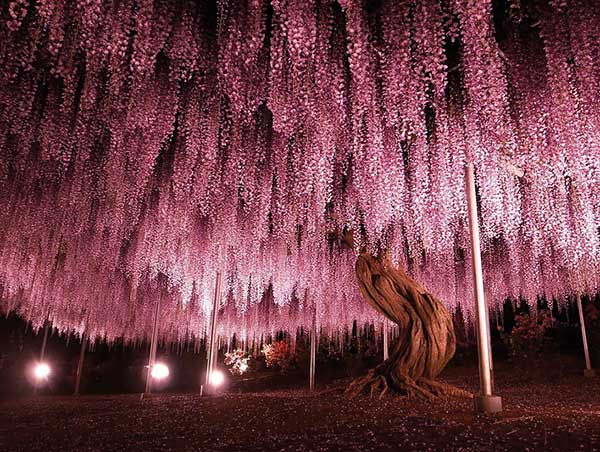 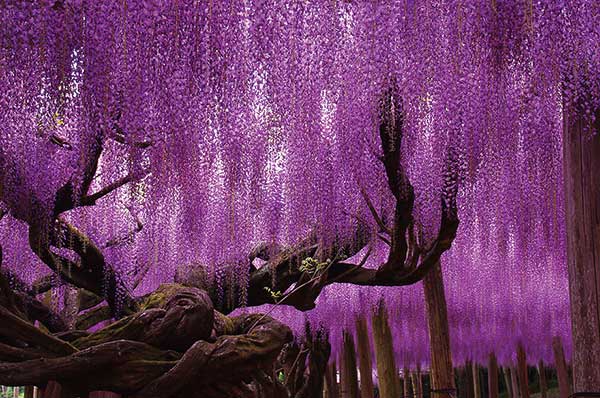 The Japanese do have beautiful tree species. This maple resembles nothing you’ve seen anywhere else. The intriguing shape of the branches and the intense orange and red color of the leaves make it an impressive appearance. 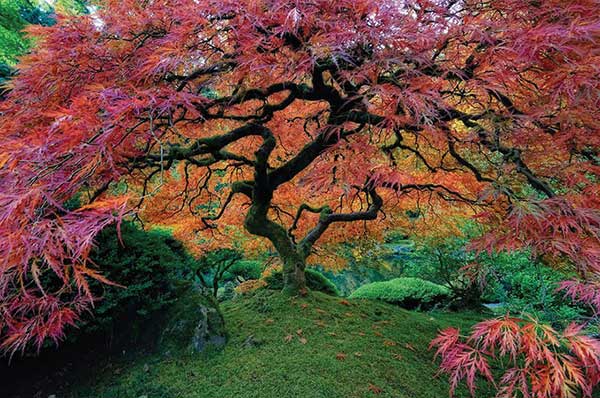 We are used to seeing beautiful cherry trees in blossom in Japan since they also have a special celebration for them. But unique blossoming cherry trees can be found in Germany as well, in the city of Bon. With their incredible lush branches, filled with pink flowers, they create coverage of an entire street. It is a view that can relax even the most stressed city dweller. 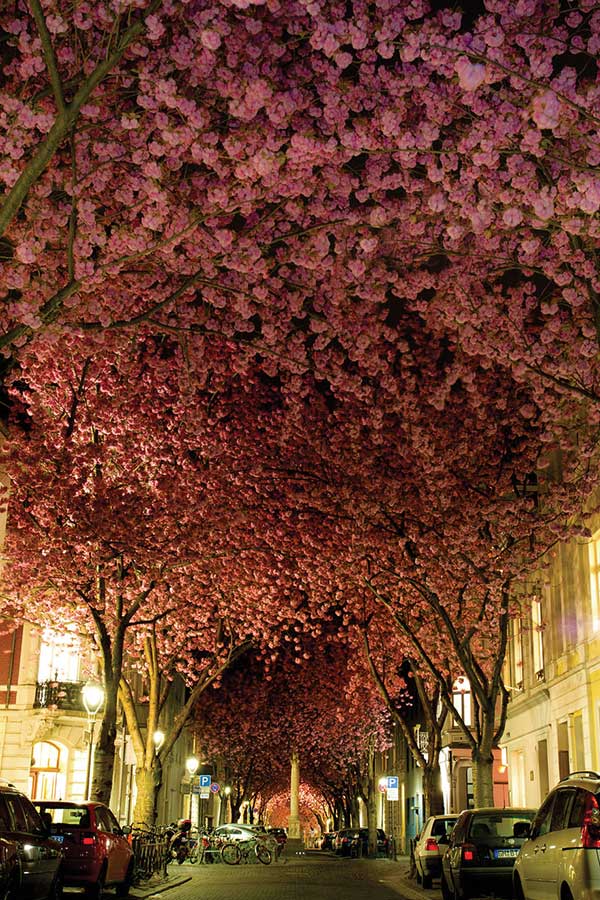 It seems that a tree can be spectacular in other ways besides blooming with beautiful and fragile flowers. When a massive tree is covered entirely in moss, which ends up by simply dripping of its branches, the view can be quite spectacular. 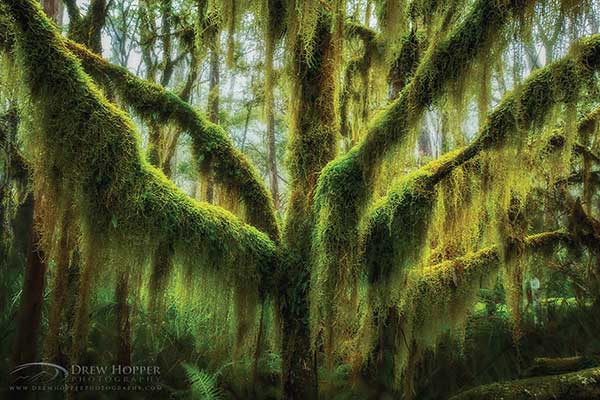 The Dragon blood trees of Yemen

You will think the appearance has anything to do with the name. Not exactly, because they produce a red sap, which leads to their present name. They do look impressive, because their branches look rather awkward, growing like think veins, with just a few leaves at the top. 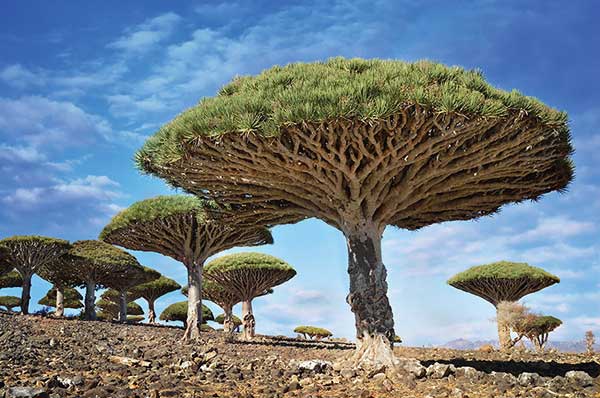 Jacarandas of Cullinan, in South Africa

The rather tall trees have a blue-colored flower when in bloom. With their exotic-looking branches, touching each other from one side of the road to the other, they make a gorgeous blue curtain. It is a view worth to be seen. 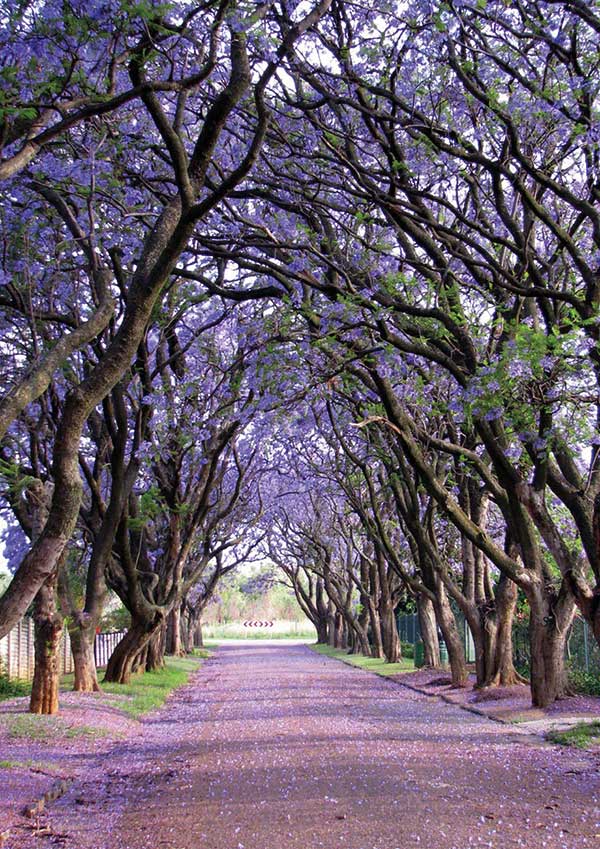 The Rainbow Eucalyptus of Kauai, in Hawaii

Hawaii is known to be a very colorful part of this world. Well, it appears the trees help this aspect as well. It is a rather sensitive species to the conditions of the environment so that it won’t grow everywhere. But when it does, it reaches a tall height and impresses by a multicolored bark. If the usual bark you see each day has dark brown shades, this one is painted in red and green, mixed with brown. Just like a negligent artist brushed off with his colors the trunks of these trees. 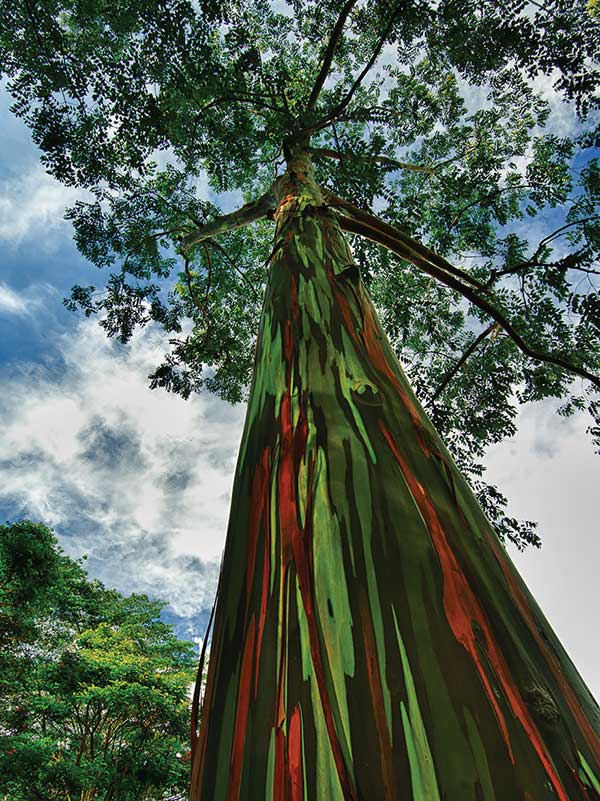 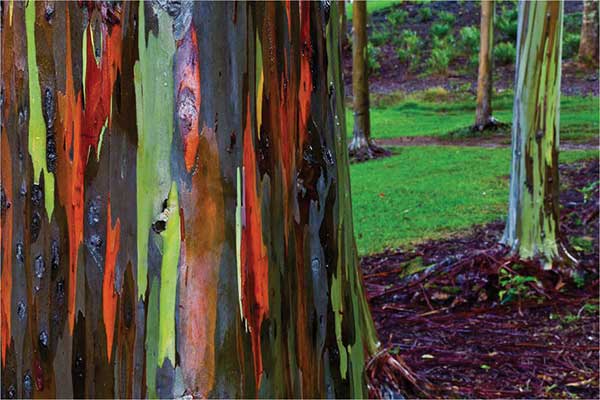