Chu Chi district in the Ho Chi Minh city in Vietnam comprises of several tunnels that were hand-built in 1940s and were home to dark secrets, due to which not many people know about it.
When we explored the area recently, we took a closer look and you will be shocked to look at what was present inside!

It was initially constructed in the 1940s when Vietnam and colonial France went to war with each other. 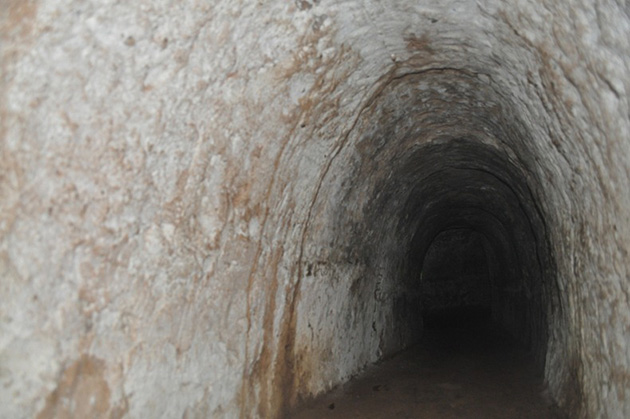 The tunnels were built in such a manner that the enemy could neither locate them nor move through the tunnels easily. 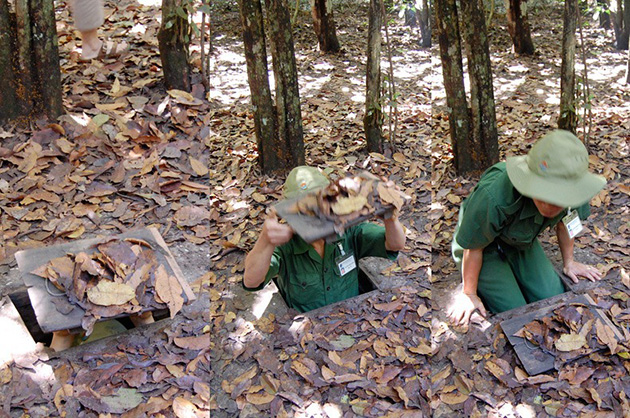 At some stretches, the tunnels became so narrow that people could neither cross it nor be able to turn around and come out! 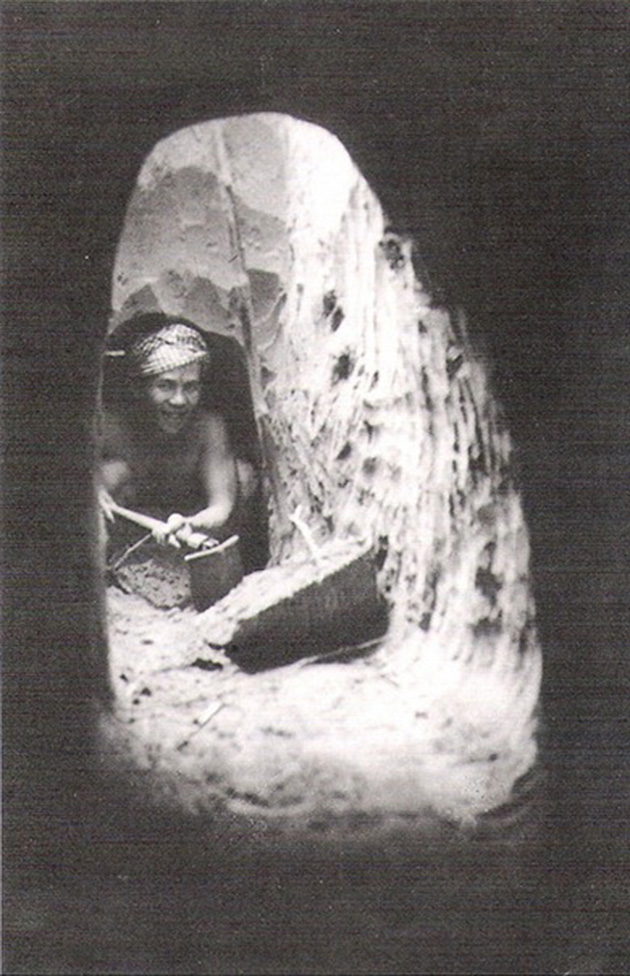 In the recent years, lights have been added to the tunnels and they have also been widened so that tourists are able to pass through them easily. 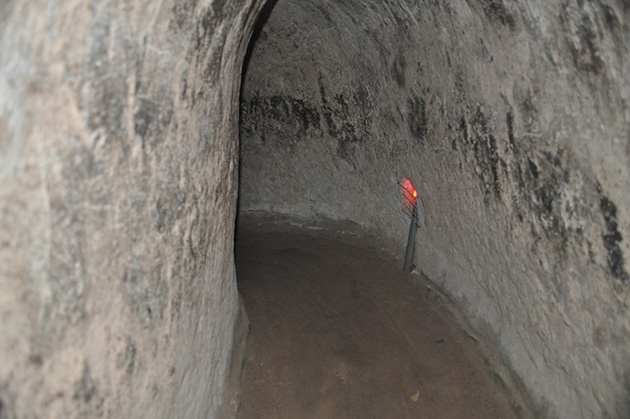 These tunnels were self contained and they even had rooms for families to stay in them. 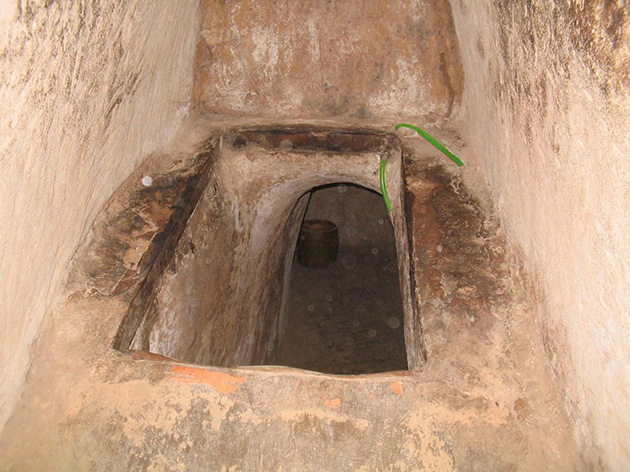 Although you could not call it a proper room! 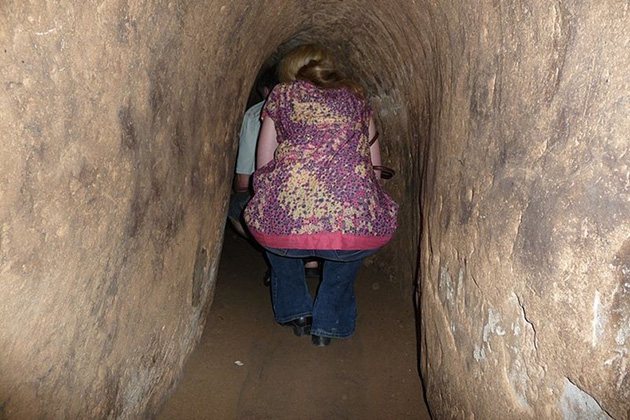 And there were several traps in the tunnels too! 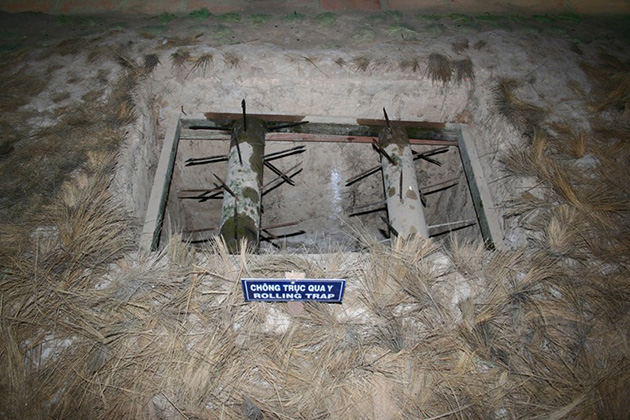 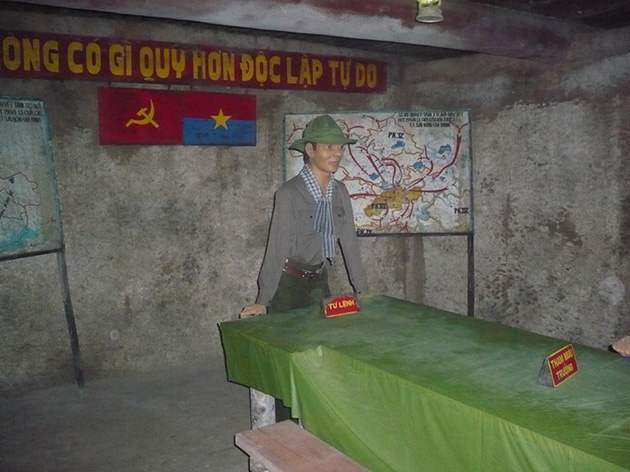 These tunnels now portray how life inside them would be. 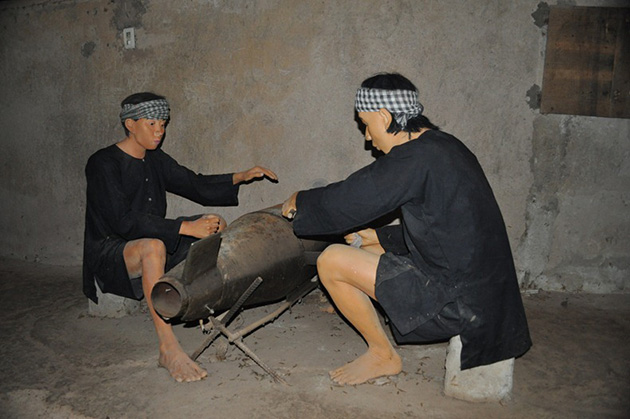 Shown below is the network of tunnels in Vietnam. 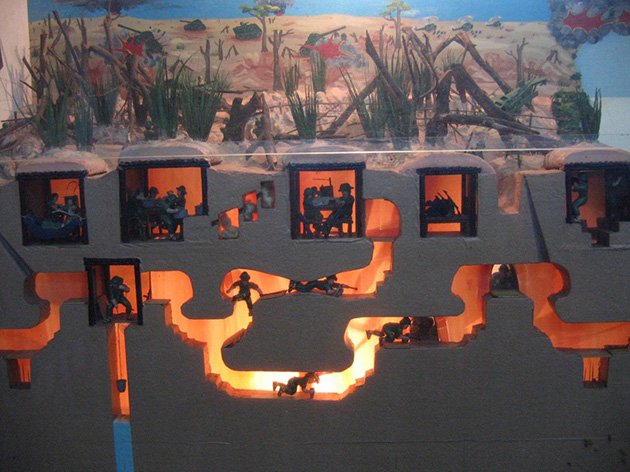 The tunnels also consisted of sewing stations to repair the uniforms. 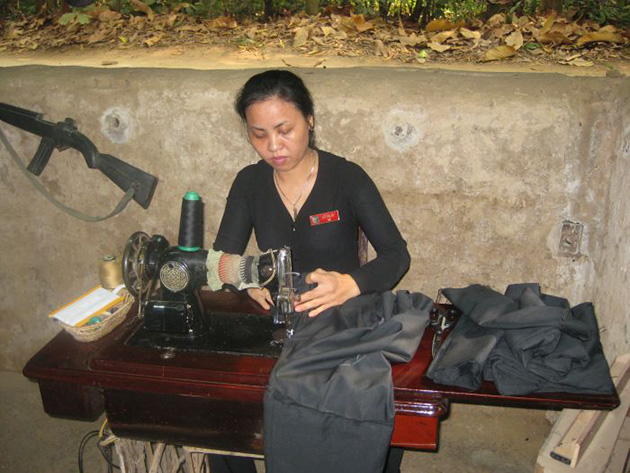 Arms and ammunitions were also stored inside. 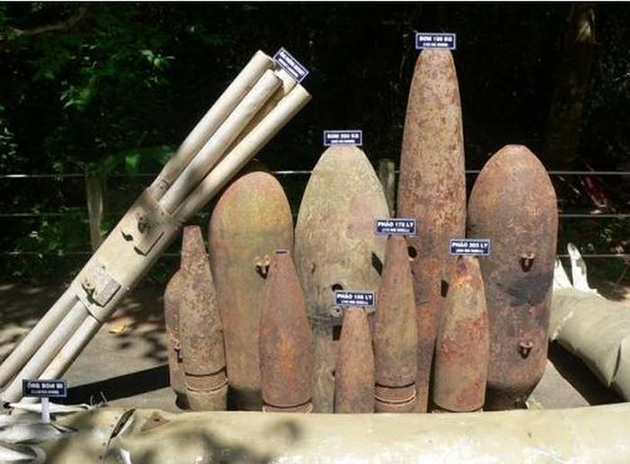 Enemies could barely spot these tunnels. 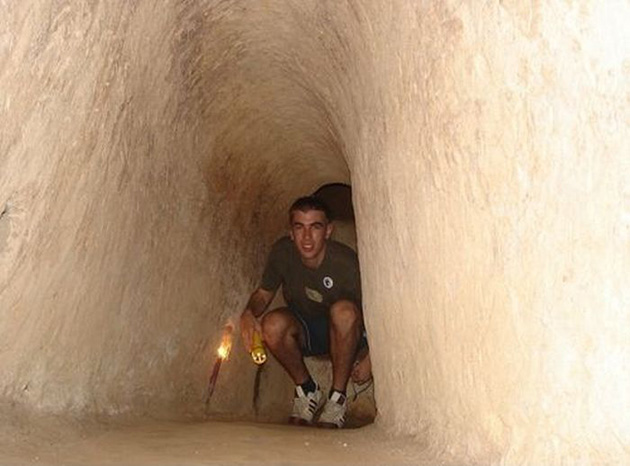 But as the tunnels were hot and small, diseases such as malaria became predominant and several Vietnamese soldiers died due to it. 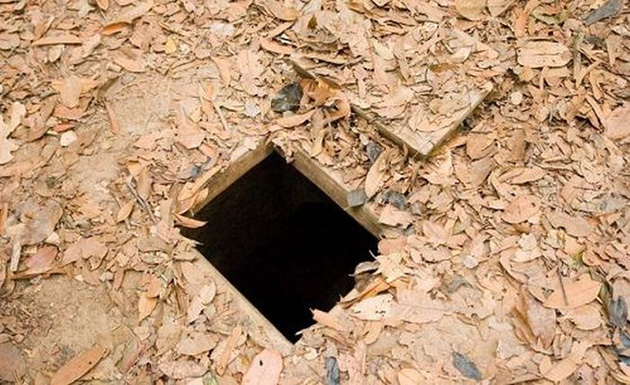 Soldiers from America went into tunnels that were discovered only with a flashlight and knife. 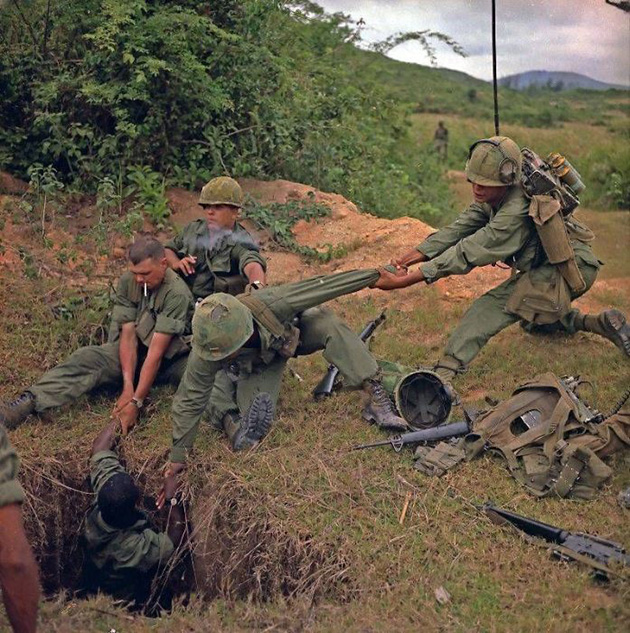 There were traps placed in the tunnels such that if a person tried to escape, he would only be stuck further! 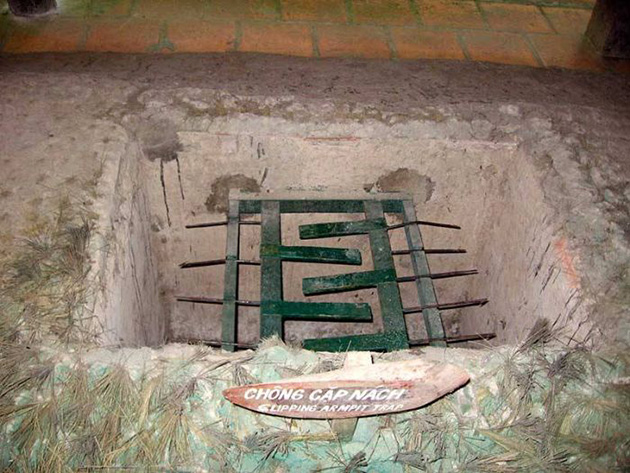 Bamboo pits along with fecal matter coated on them were placed so that infections were caused. 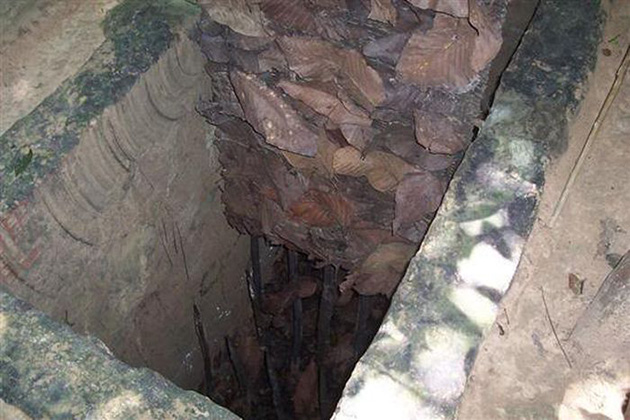 There was a food crunch inside the tunnels. 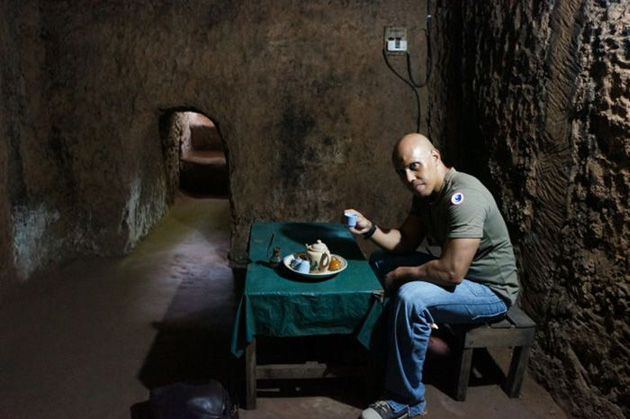 And a space crunch too! 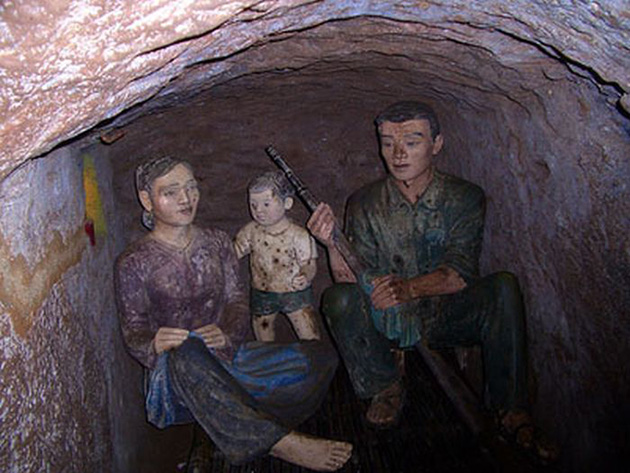 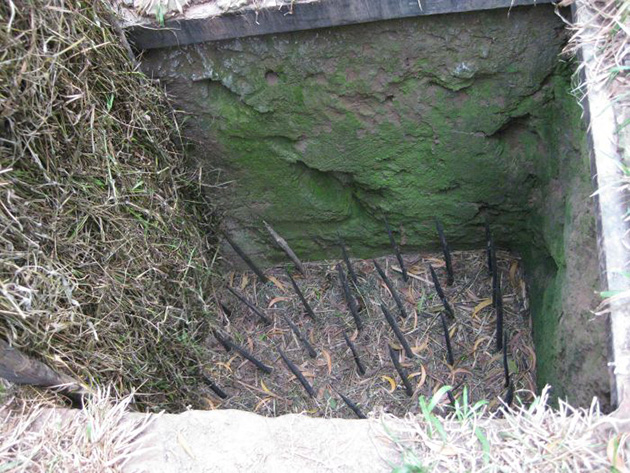 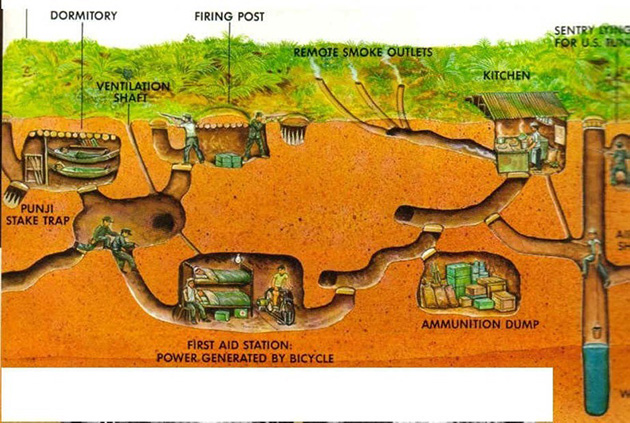 I can’t imagine spending an hour in those things, let alone months. And having to go in and explore with only a knife and flashlight? No thanks!

Share this fascinating piece of history with others below.