This German audio-visual apparatus was designed to enhance the boom and flash of enemy artillery and, thus, help pinpoint gun positions. 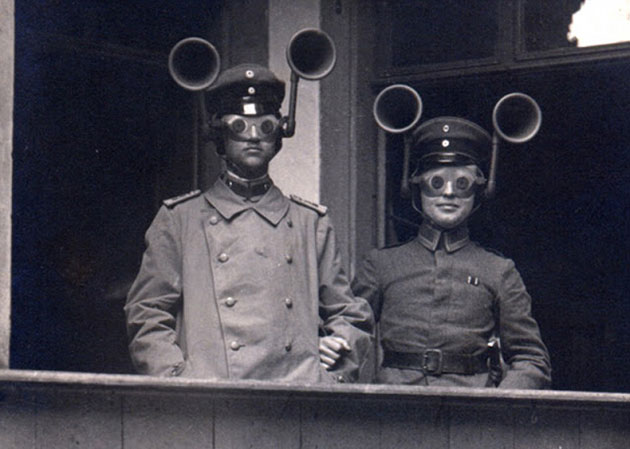 2. Not So Shining Armour

Unwieldy and cumbersome, but the Brewster Body Shield could still stop a machine gun bullet. 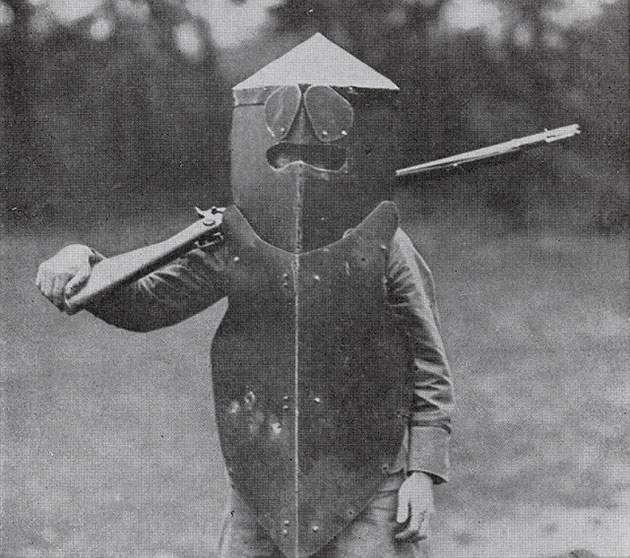 US sailors were trained to strap on bed mattresses in the absence of lifejackets. 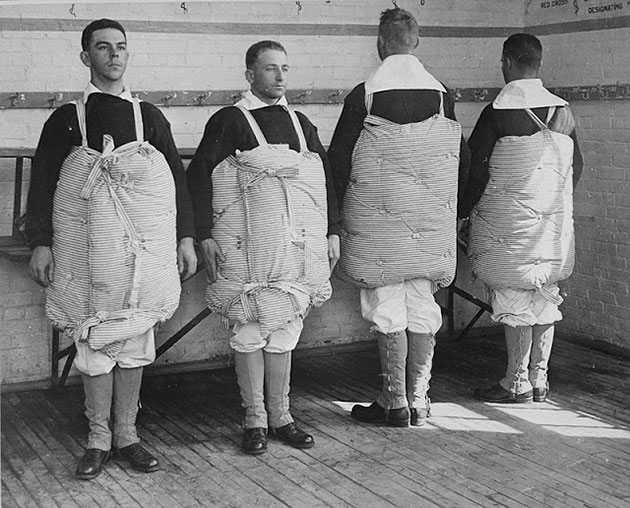 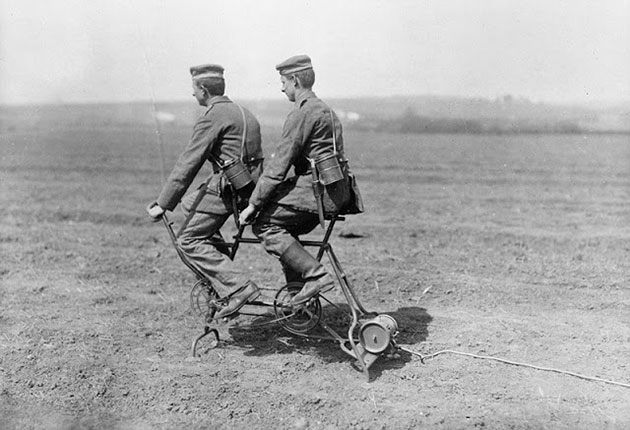 Recruits at a US Navy training camp in Seattle receive an earful. 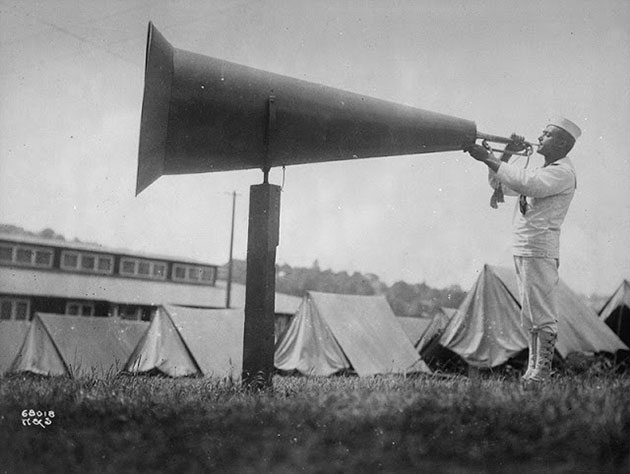 Both sides would remove shell-damaged trees under cover of darkness and plant fakes – like this one installed at Souchez in May 1918 – to house snipers and lookouts. Made of canvas and chicken wire, it tested the nerve of the bravest occupant. 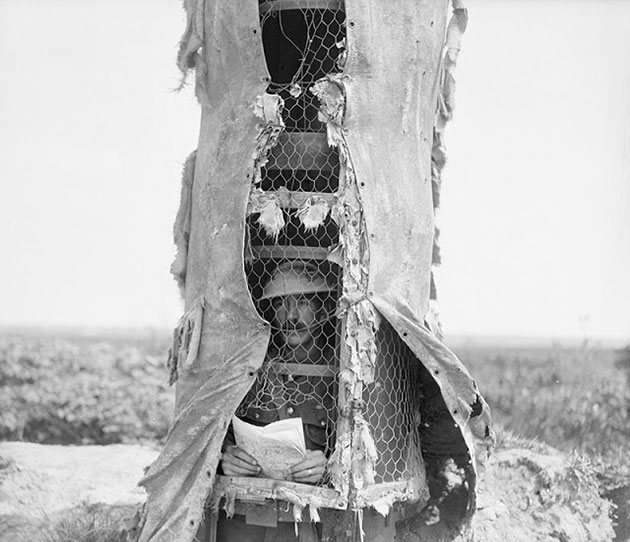 Australian engineers from 4th Field Company maneuver a dummy tank, made of wood and canvas, ahead of an assault on the Hindenberg Line in 1918. 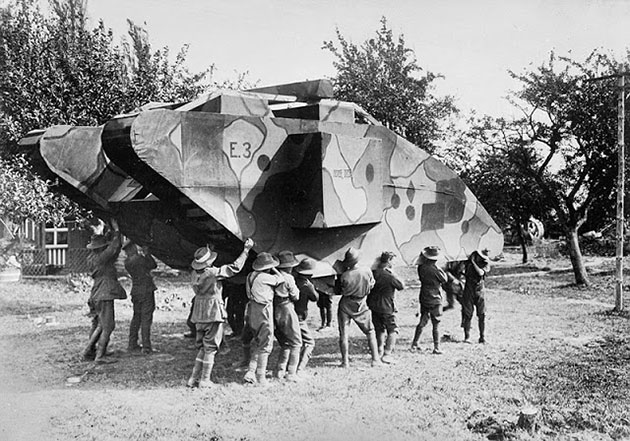 A German spy pigeon wearing a time-delay camera on an aluminum breast harness. 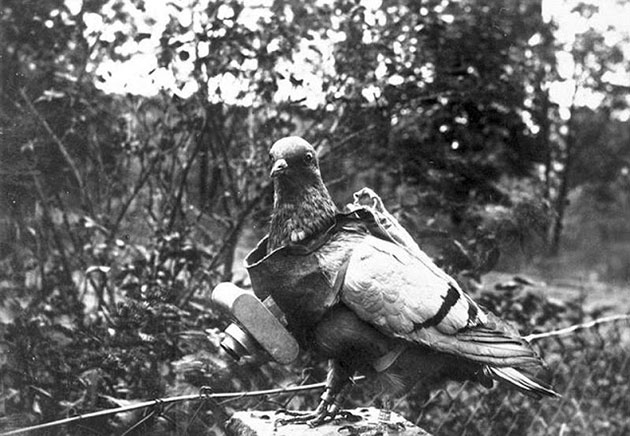 Camouflage became increasingly elaborate as the war progressed. Here, Allied trips show off a captured Turkish sniper near Gallipoli in 1915. 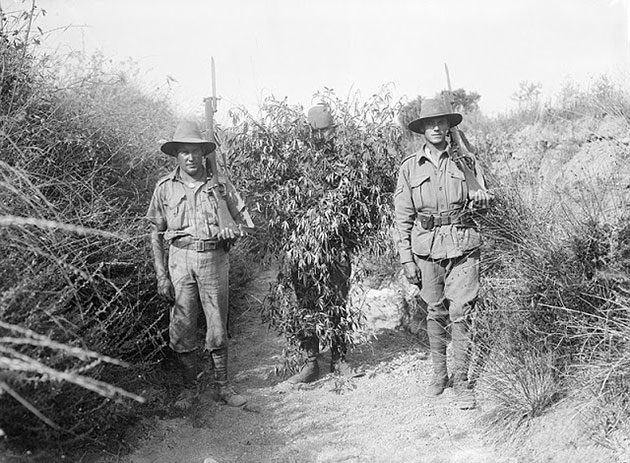 This 1917 US experimental camouflage suit has not deemed a success. The wearer might as well have been carrying a sign on his head. 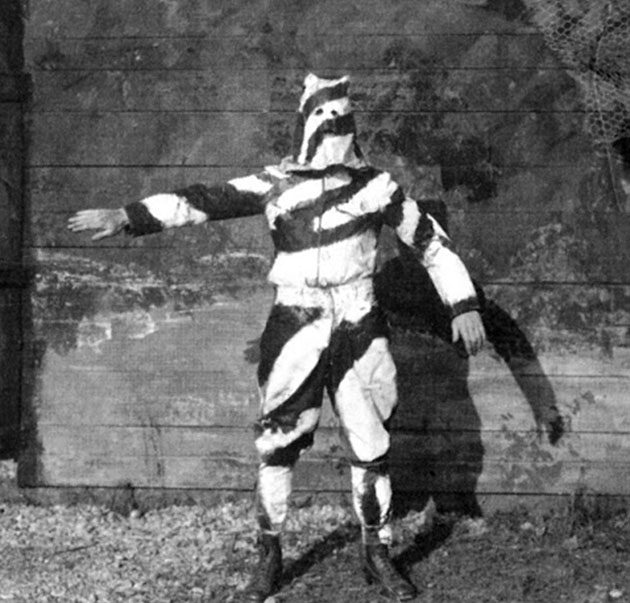 The Kent Cyclist Battalion on parade. Touted as the new form of cavalry before the war, the bicycle was of limited use in trench warfare. 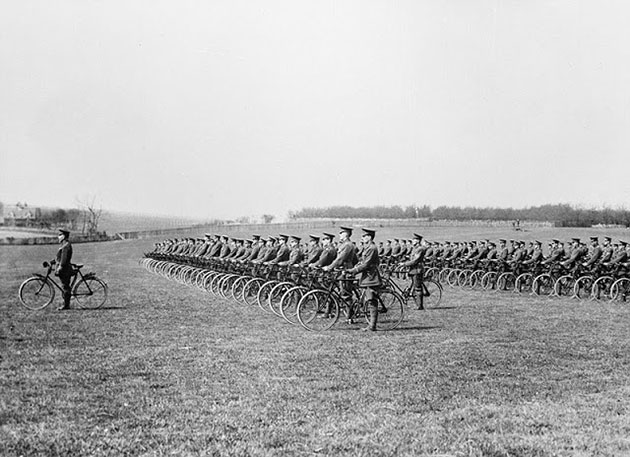 Ponies camouflaged as zebras although the reason is unclear. 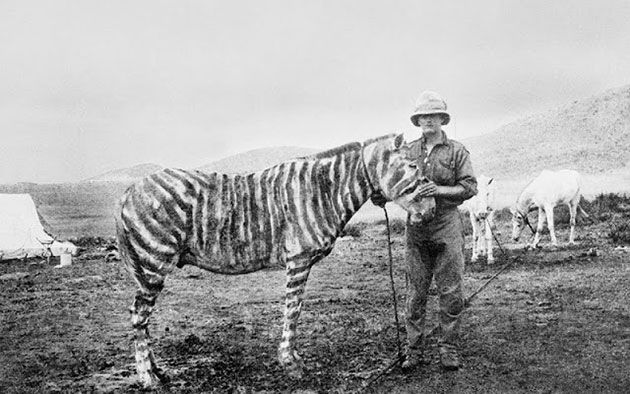 The British Army Camouflage School in Kensington, where cutout soldiers were designed to mislead the enemy during attacks. 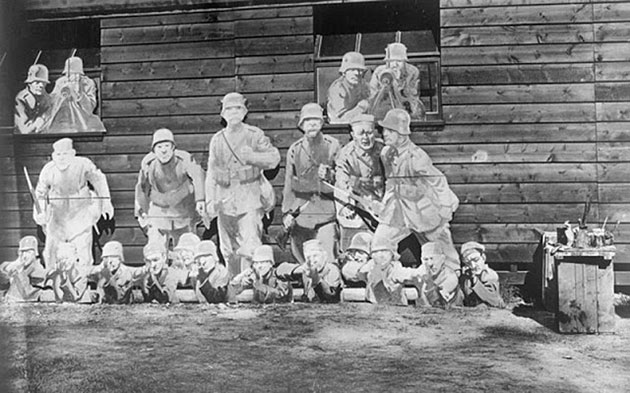 First made by the French in the winter of 1915, were used to flush out German snipers. 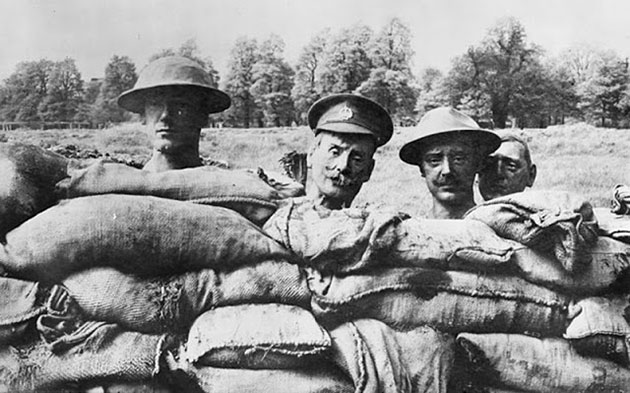 British homing pigeons were parachuted into occupied territory with a request for local civilians to write down local troop positions, attach it to the bird and then release it. The Germans soon rumbled the plan and replaced Tommy pigeons with their own birds which would fly back to Germany. 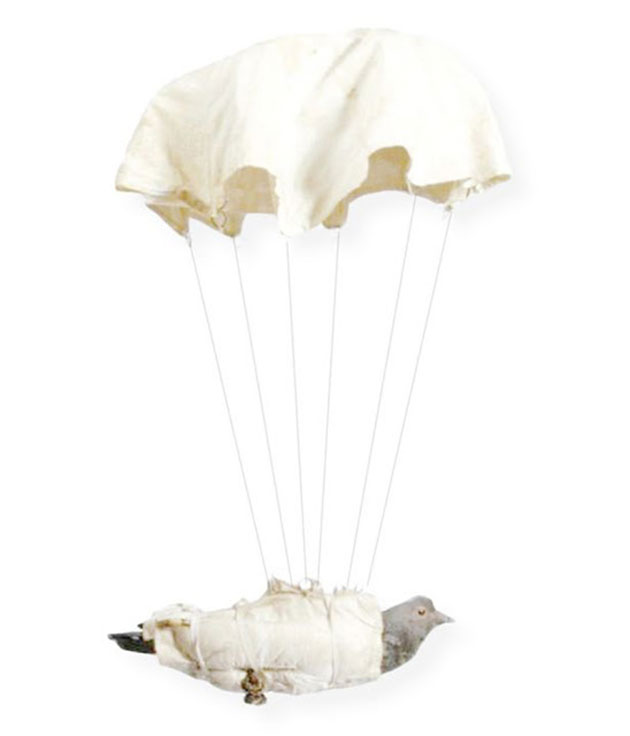