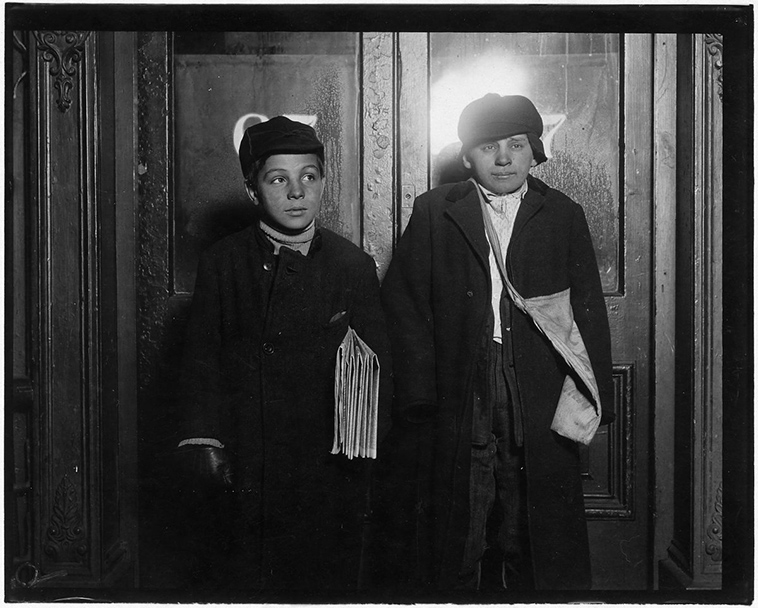 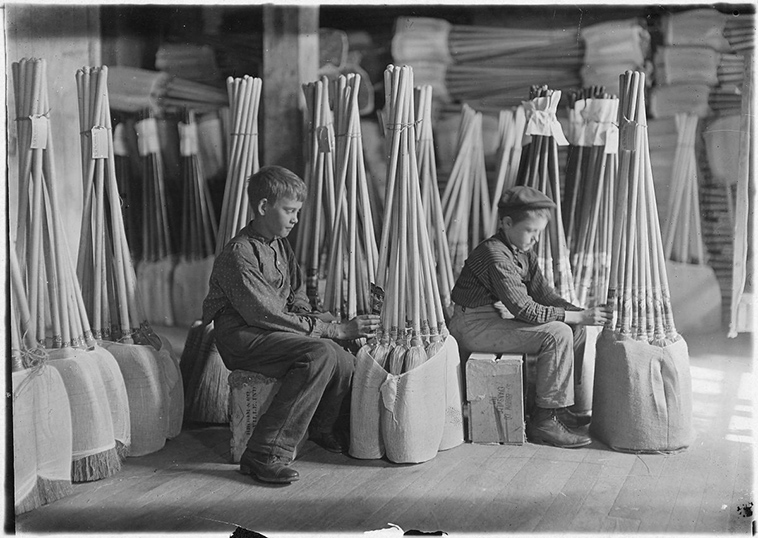 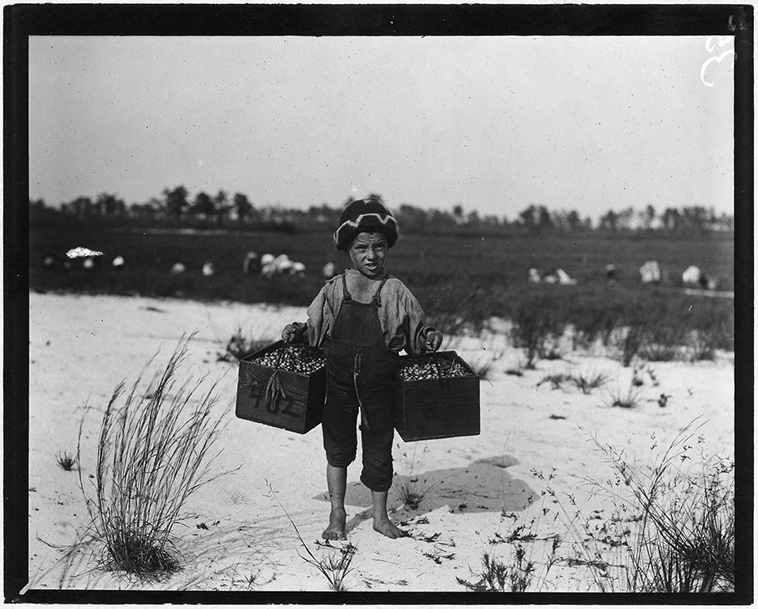 Willie Bryden, 13, holding the door open in a mine 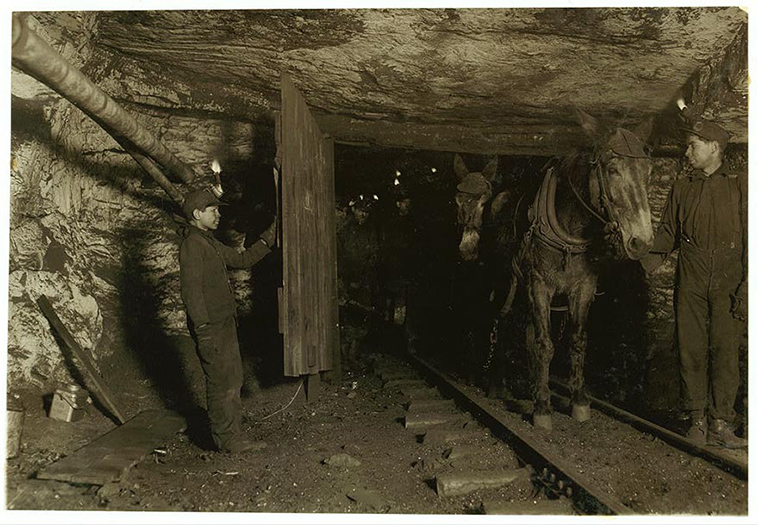 Waiting all alone in the dark for a trip to come through. It was so damp that Willie said he had to be doctoring all the time for his cough. A short distance from here, the gas was pouring into the mine so rapidly that it made a great torch when the foreman lit it. Willie had been working here for four months, 500 feet down the shaft, and a quarter of a mile underground from there. (Shaft #6 Pennsylvania Coal Co.) Walls have been whitewashed to make it lighter. January 16th, I found Willie at home sick, His mother admitted that he is only 13 yrs old; will be 14 next July. Said that 4 mos. ago the mine boss told the father to take Willie to work, and that they obtained the certificate from Squire Barrett. (The only thing the Squire could do was to make Willie out to be 16 yrs old.) Willie’s father and brother are miners and the home is that of a frugal German family. Location: Pittston, Pennsylvania.

Boys picking over garbage on the dumps. Boston, Mass, October 1909 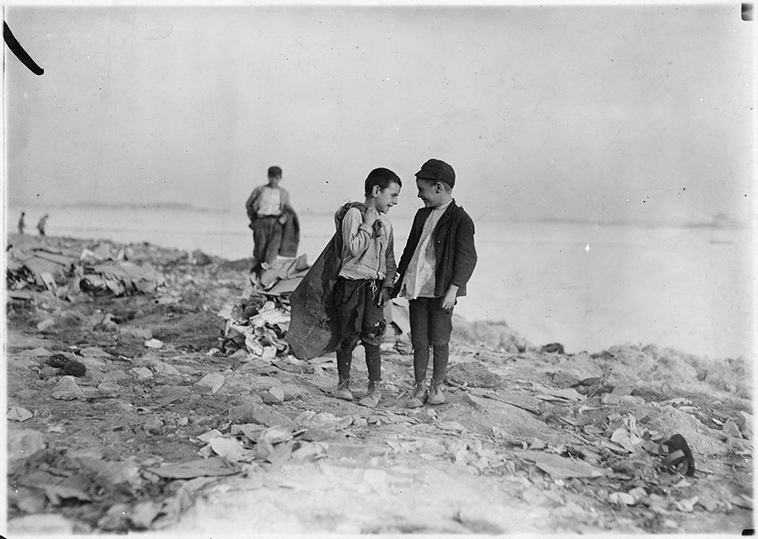 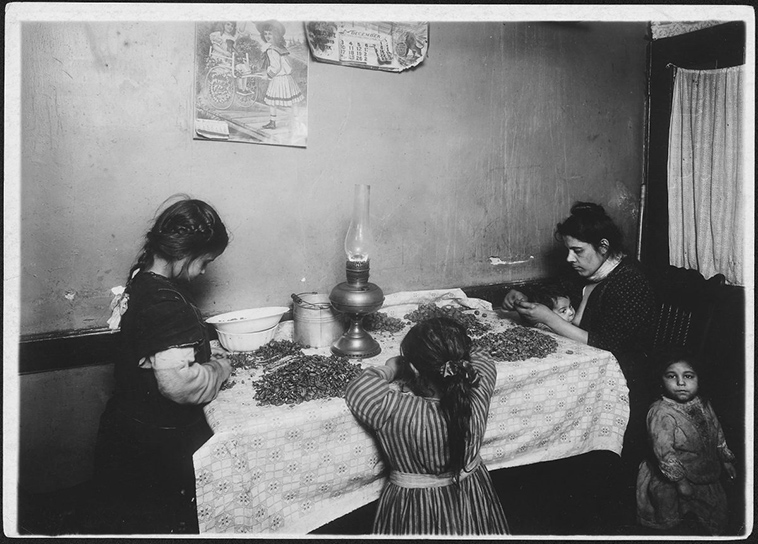 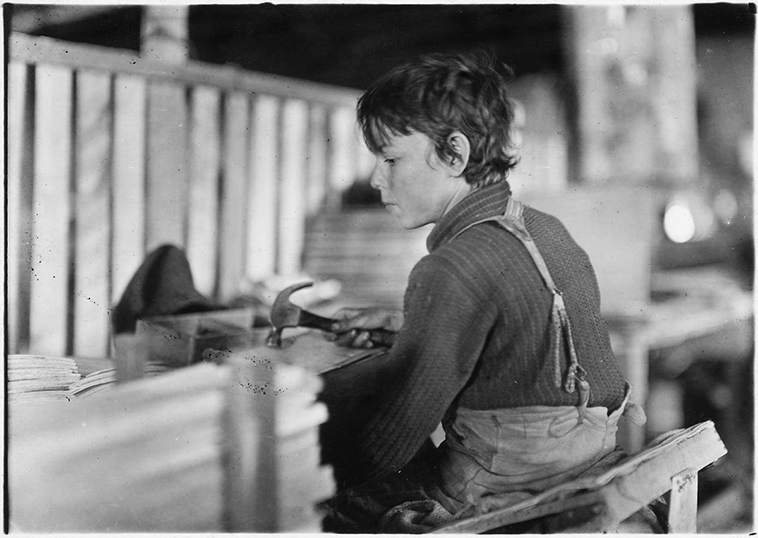 A boy from Loray Mill. Been at it right smart two years. Gastonia, N.C, November 1908 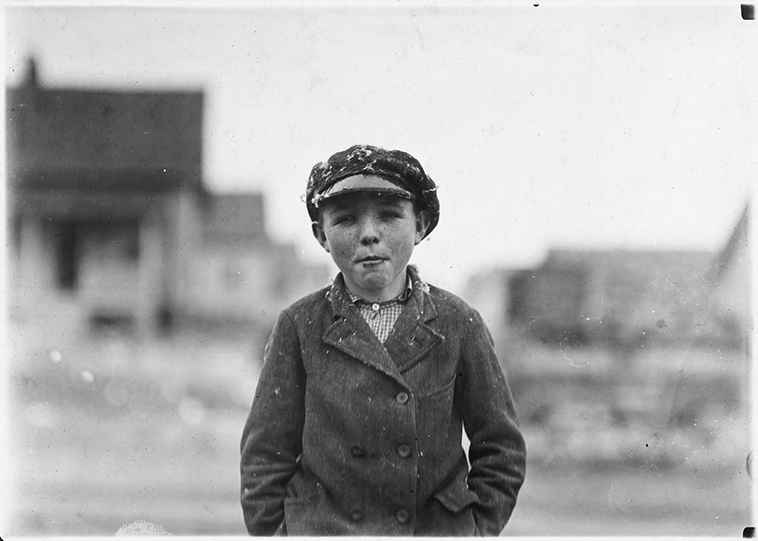 A boy who carries barrels. Robert Saunders, 10 years old. Is the son of the boss. Mother picks too. Falmouth, Mass, 1912 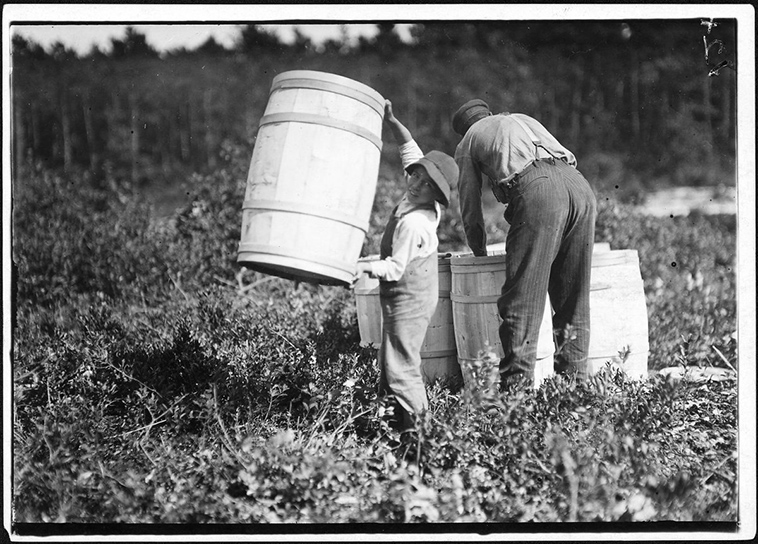 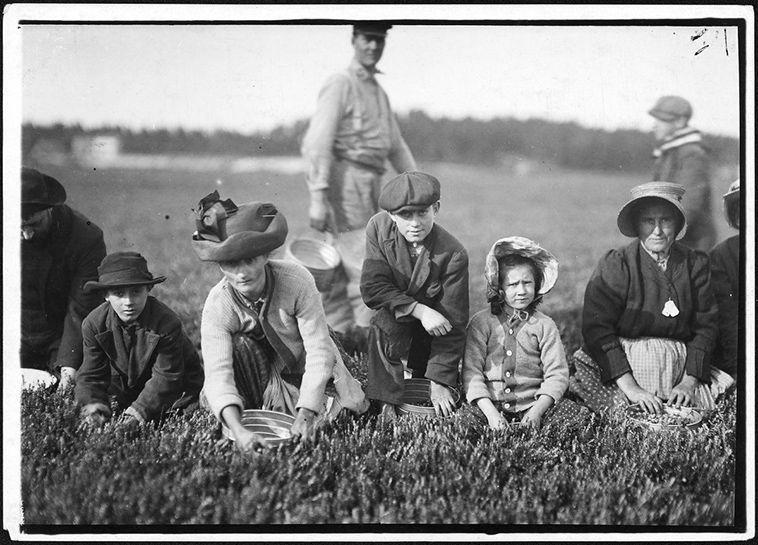