Child labor was a huge problem for the United States of America. Here is an interesting information; In 1900, 18 percent of all American workers were younger than 16. One man was one of the flagbearers for the child labor cause, photographer Lewis Hine(previously here). Even though he was threatened with violence or even death since the industry was trying to keep child labor hidden from the public, he never gave up and photographed working child by disguising.

The efforts of Lewis Hine were revolutionary and very efficient in changing child labor laws in the USA. However, we know that black and white photographs are not as interpretive as they were in the 1900s. That’s why Tom Marshall, the professional photo colorizer who owns the website PhotograFix, He said that his favorite photographer was Lewis Hine. Well, we can clearly see how amazing it could be if a photo colorizer and his legendary inspirer meets. Hine’s radical documentary photography works are now more penetrating our souls.

One of the underprivileged, Hull House, Chicago, 1910 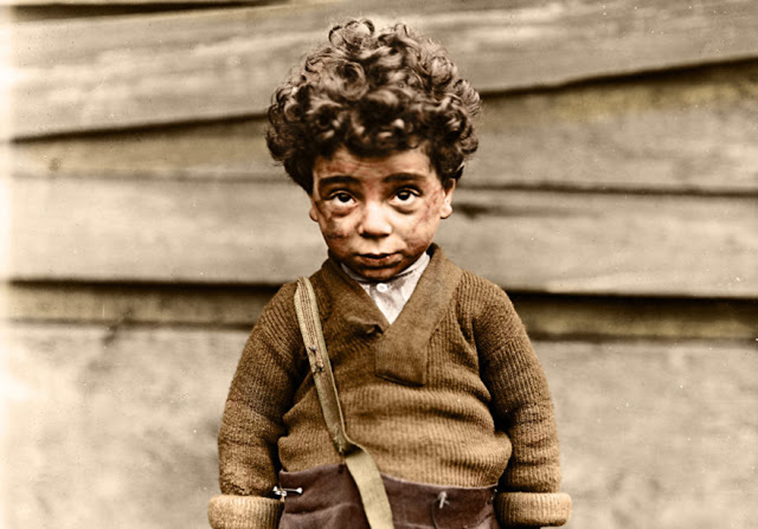 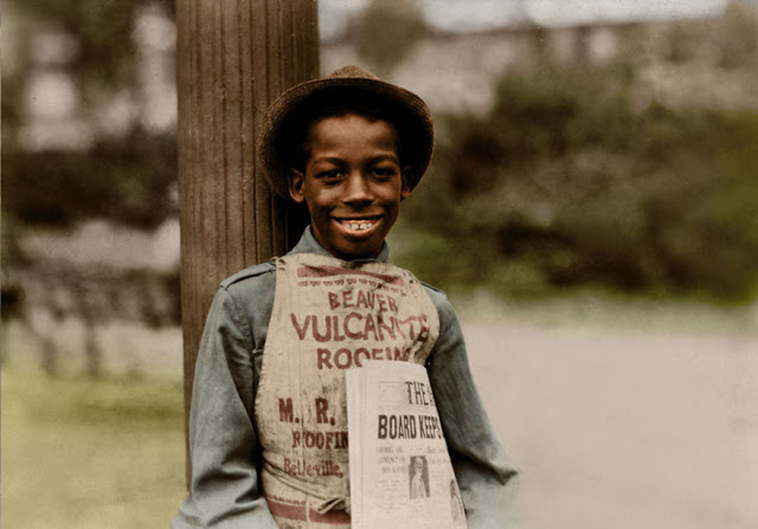 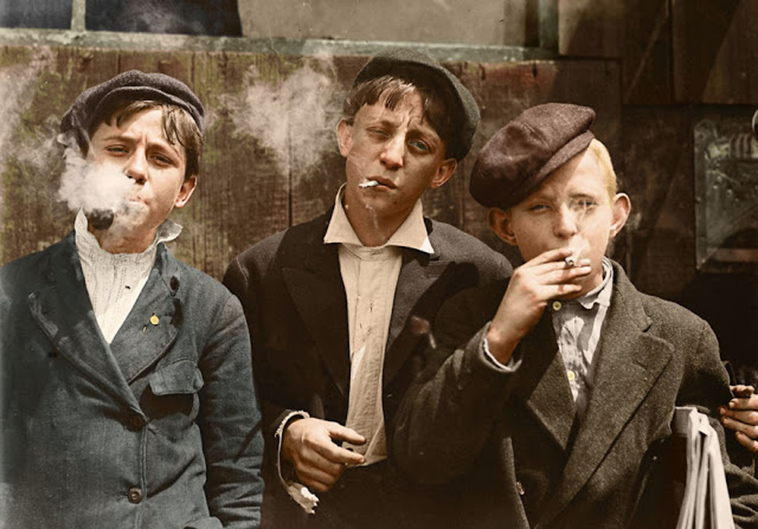 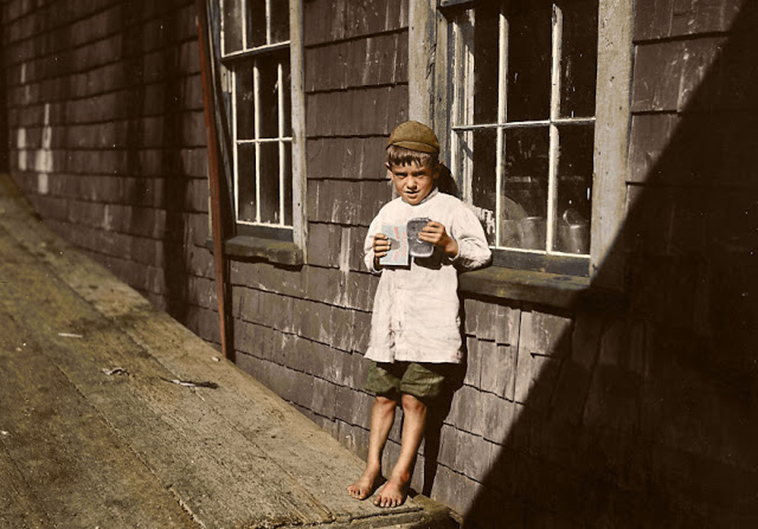 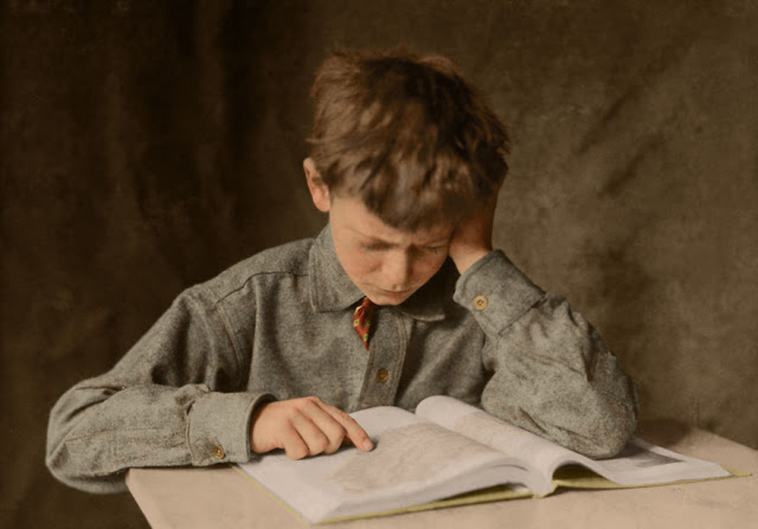 9-year-old Johnnie and the shucking-boss, in Dunbar, Louisiana, March 1911 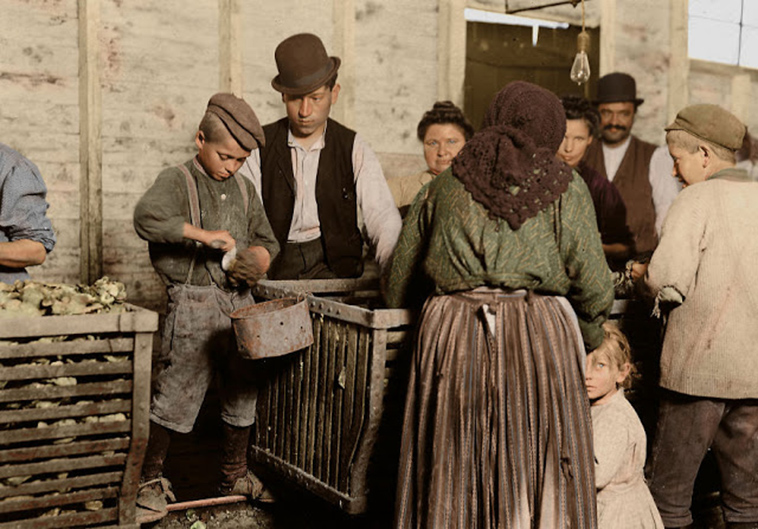 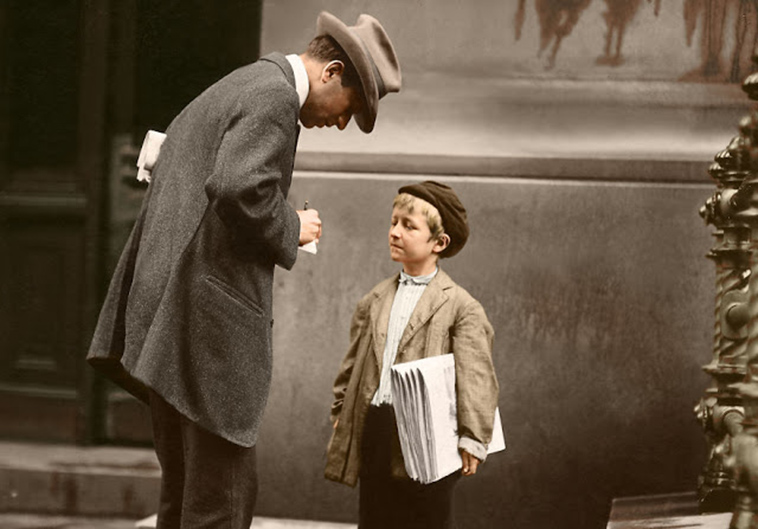 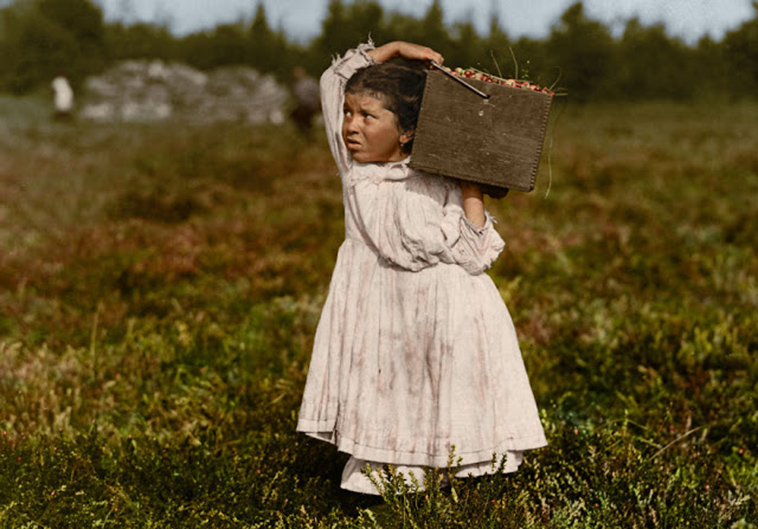 12-year-old newsboy Hyman Alpert, who had been selling newspapers for 3 years when this photo was taken in March 1909, in New Haven, Connecticut 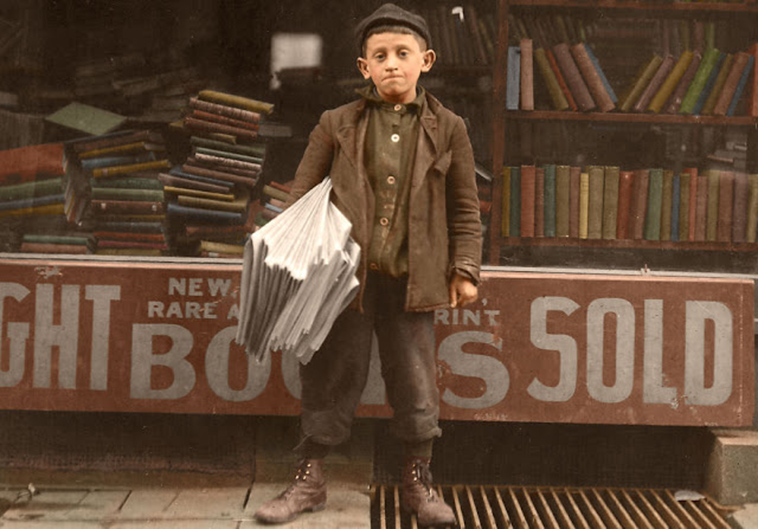 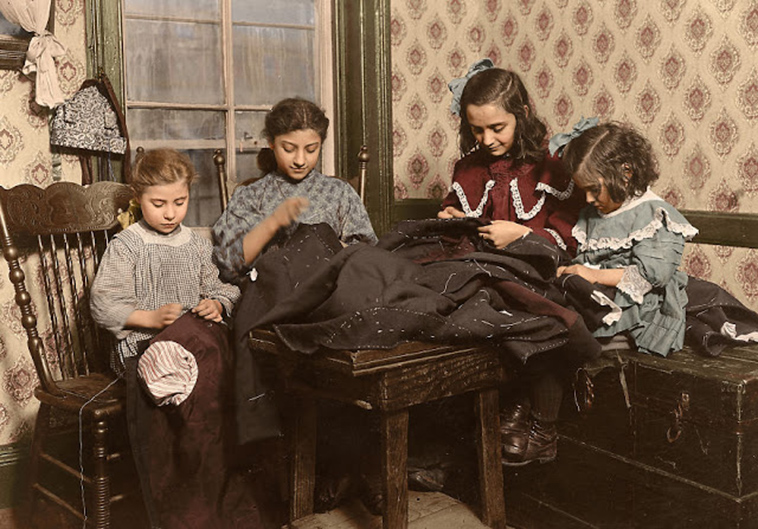