“There is work that profits children, and there is work that brings profit only to employers. The object of employing children is not to train them, but to get high profits from their work.”

Spinners in Pell City Cotton Mill, grouped for me by the overseer. Mr. E. A. Thompson, Supt. of the Mill, is also mayor of Pell City. Pell City, Ala, November 1910 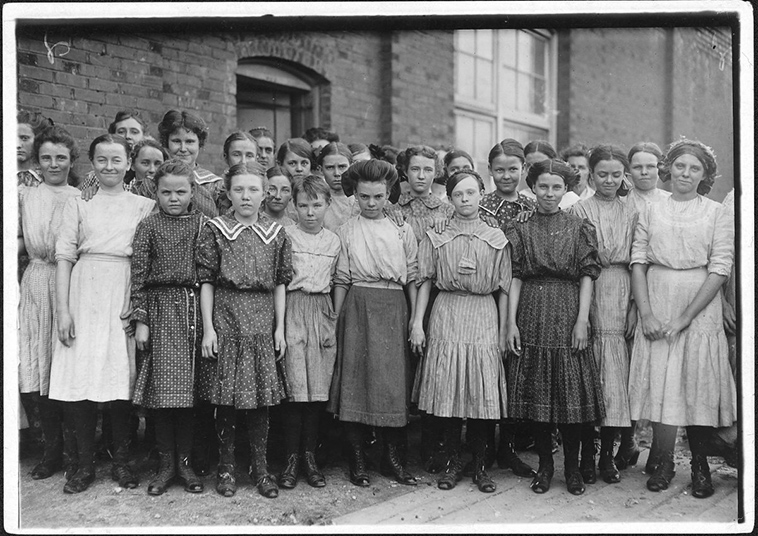 As early as the first years of the Industrial Revolution, the issue of child labor was at the center. William Blake, the famous Romanticist British poet, draws attention to this issue in his poem “The Chimney Sweeper”, published in the later 18th century. The sentimentality of this issue is reflected in his poem reflecting the lives of little children who are working in the factories to sweep the dark chimneys of the monstrous mills.

Spinners and doffers in Lancaster Cotton Mills. Dozens of them in this mill. Lancaster, S.C., December 1908 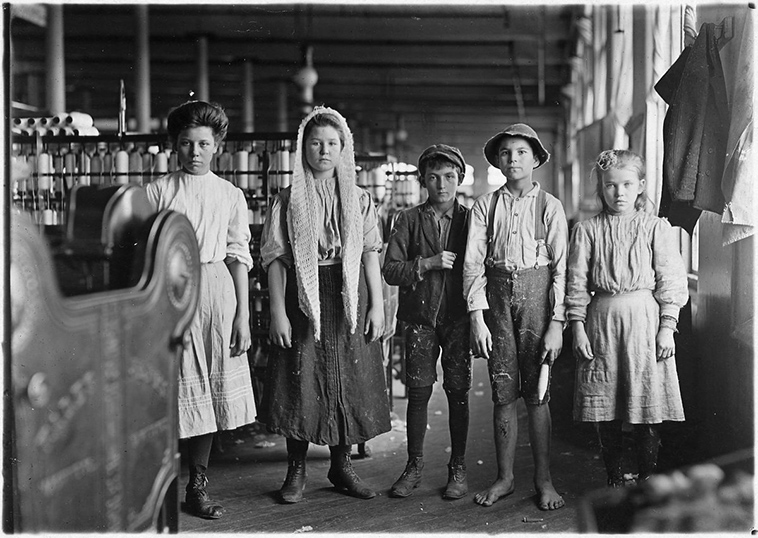 So, jumping to the early 20th century in the United States, it is seen that the issue was not resolved in more than a hundred years Capitalists, getting more and more vulturous to increase their wealth, were ready to spoil everything for the sake of money. And children, of course, were not even an issue of discussion as greed obscures the feeling of mercy. And when Henry Ford was talking about “scientific management” and establishing his assembly lines all over the United States, children were being exploited in the factories as they were working for lower wages. 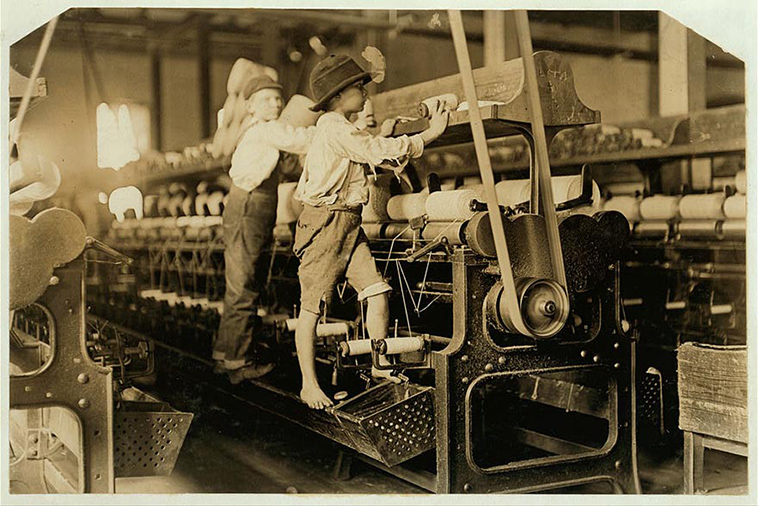 Some boys were so small they had to climb up on the spinning frame to mend the broken threads and put back the empty bobbins. Location: Macon, Georgia.

At such a time and environment, when around 2 million children under the age of 15 were working for unskilled industrial jobs, a group of progressive initiators founded the National Child Labor Committee to investigate the problem. They were also trying to conduct lobbying activities to call the government for action on this issue.

Young spinner in Roanoke Cotton Mills. Said 14 years old, but it is doubtful. Roanoke, Va, May 1911 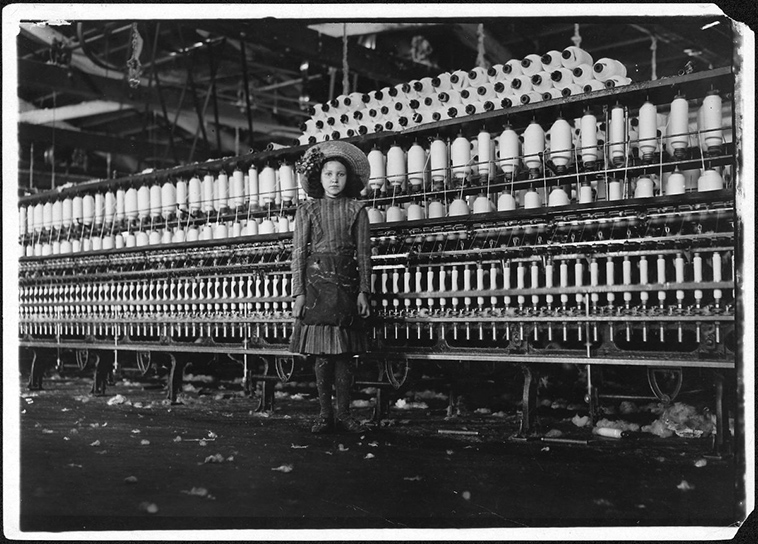 In this case, the Committee needed to have evidence and the support of the public, as the practice of making children work was attempted to be disguised from the public as well as the government. Accordingly, NCLC hired Lewis Hine, who was a journalist, associated with what the president of the era Theodore Roosevelt called the “muckrakers”. Those journalists were acting in a way to reveal the corruption of tycoons and are known for their sensational way of presenting news.

In this series, you’ll see the grievous photos of child labor in the early 20th century in the United States taken by Lewis Hine. 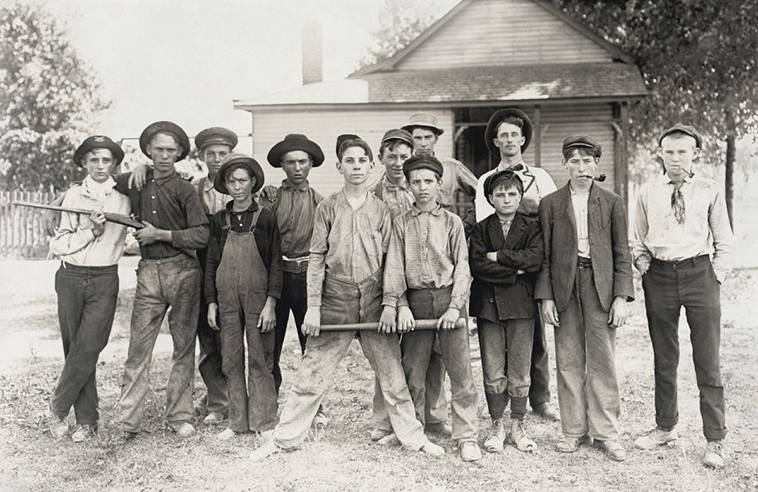