Memento mori art is a concept in art that aims evoke feelings surrounding our own mortality, as evidenced by the translation of the Latinphrase – Remember that you can die.

Graveyard Bonsai Mountain Skulls can be seen as a homage of sorts to this concept, namely due to the realistic skulls that are used for the models. This can be credited to the fact that the PVC skulls are in fact moulded off of a genuine human skull, resulting in an erringly realistic model. These skulls are then hand decorated to give the appearance of trees, grass and other living organisms to contrast with the ominous image of a skull.

Jack of the Dust are the Australian company that have design these unique items, which weigh in at 850 grams and measures 13x16x22cm and will set you back $399 AUS. 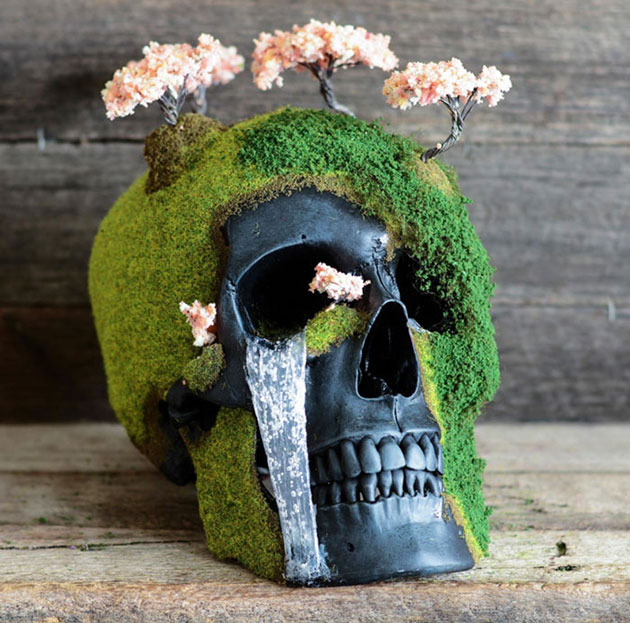 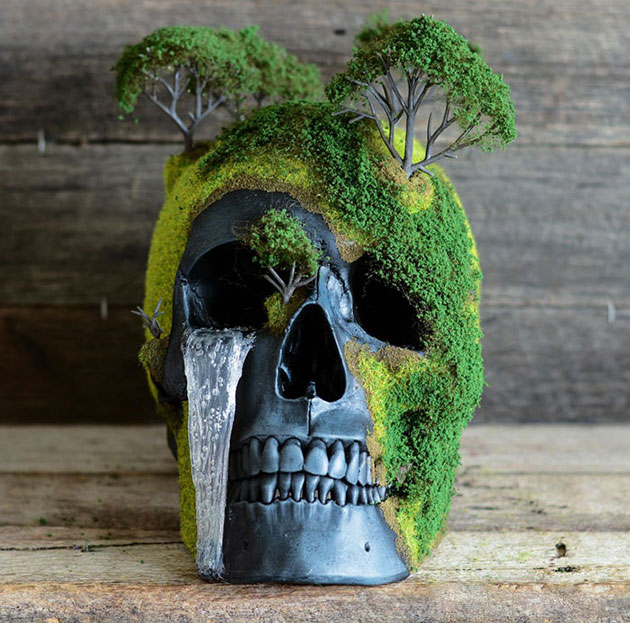 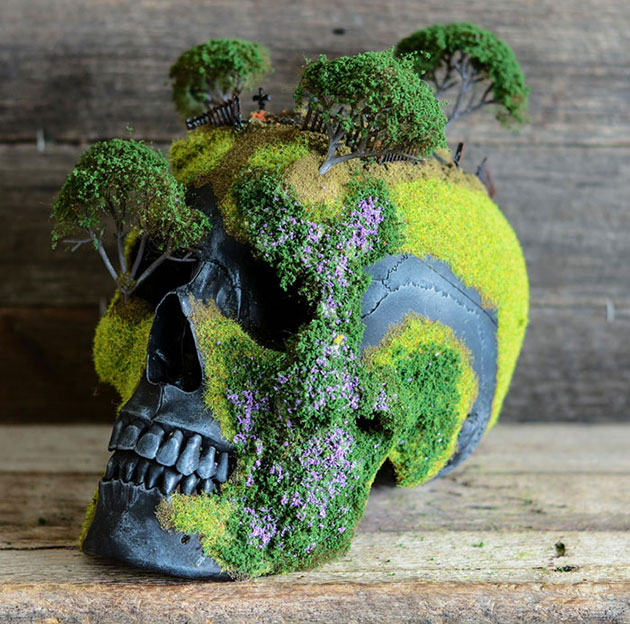