If you are a fan of The Beatles, then you’re going to love the behind the scenes shots that are here for you to admire in their full glory.  The release of the Sgt. Pepper’s Album was one that made them very well loved, earning them a spot on the top of the album charts for 22 weeks straight and 12 weeks as number one in the US.  This was a release that really helped change the face of music as we know it, and now is the time for you to really get to admire them.

Paul said that they just put stuff everywhere, pulling a series of neat things together and making sure that it all worked together to allow us to see the crowd that we all know from the iconic album artwork.  You can see them all being arranged in these photos, some candid and others more posed.  It’s neat to take a step back through time and admire all of our favourite artists in their hayday.  It means something incredible now consider the fame that followed, to see them while they were still putting it all together. 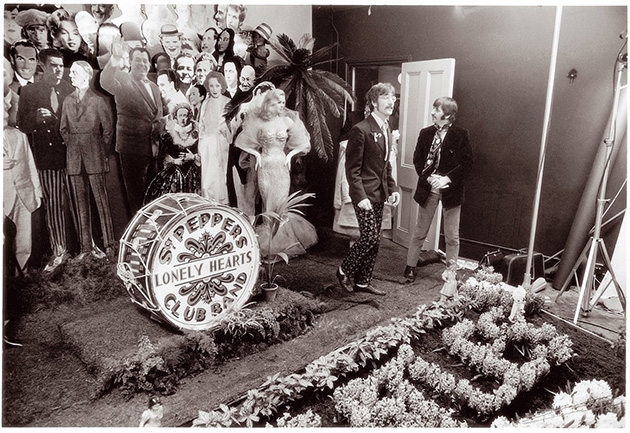 The boy in this photograph is Adam Cooper, the son of Michael Cooper – the album cover photographer 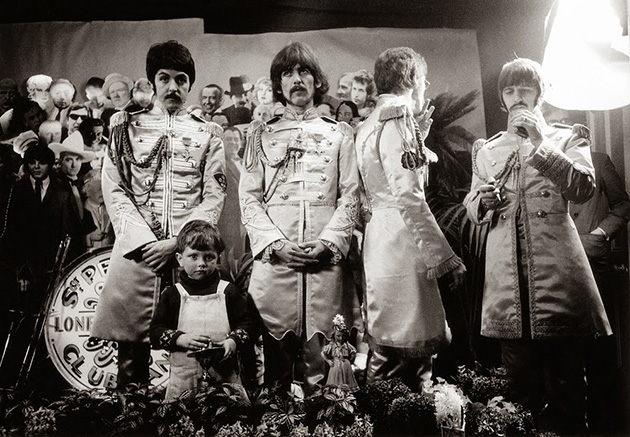 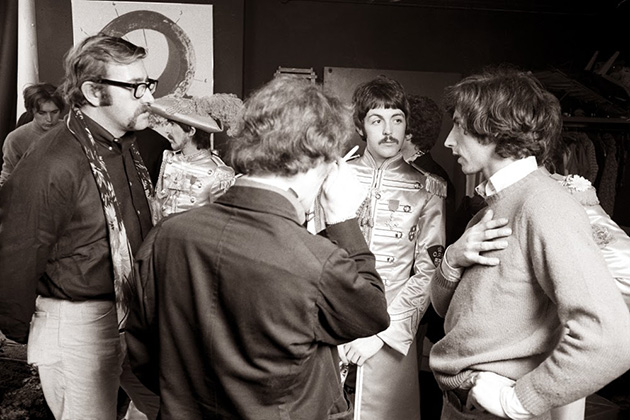 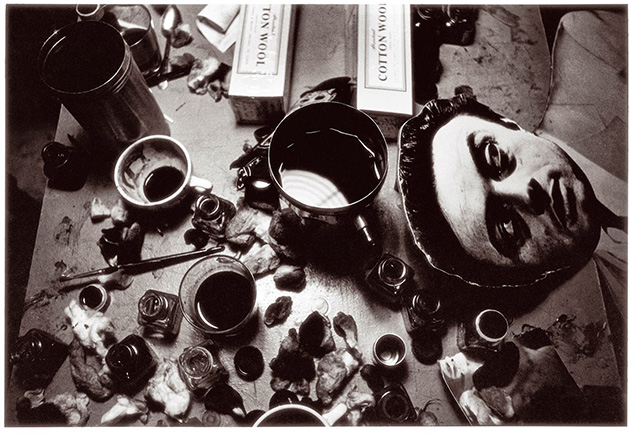 George, As A Member Of The Lonely Hearts Club Band 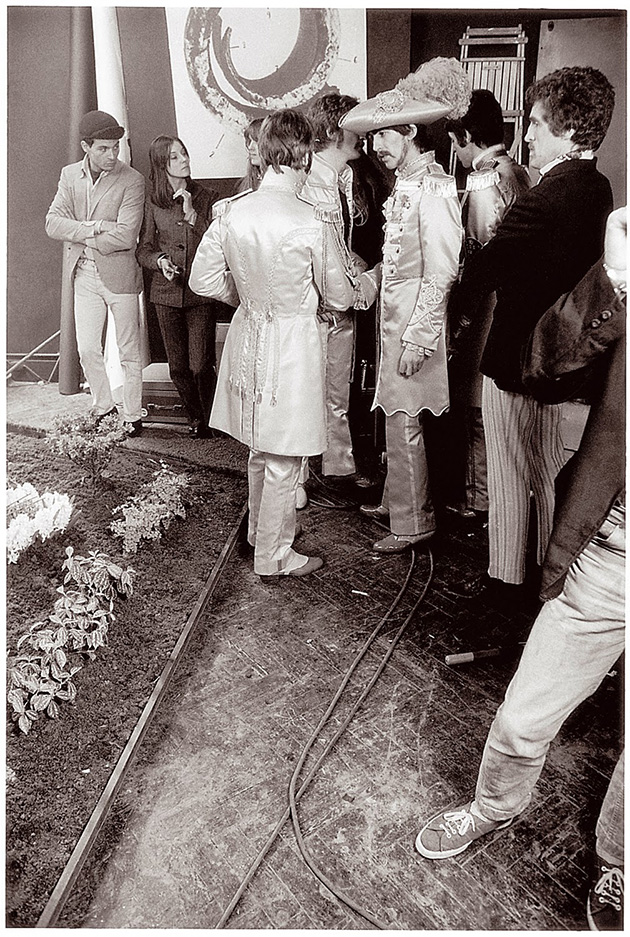 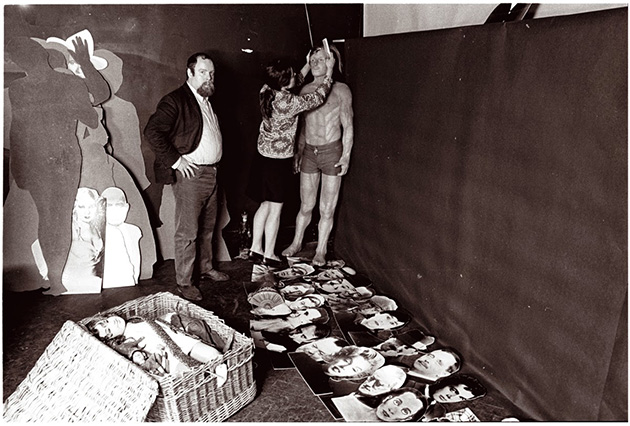 Getting The Shot Ready 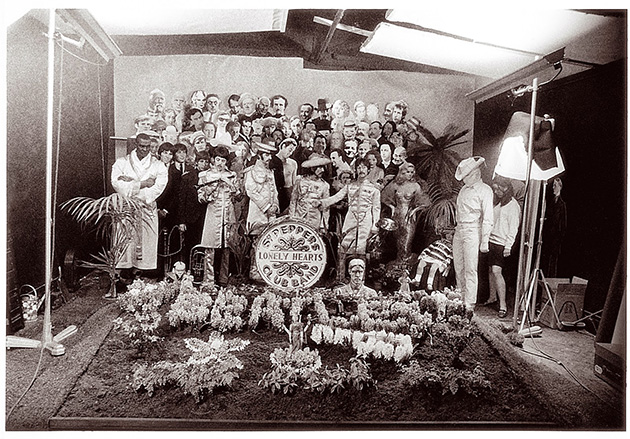 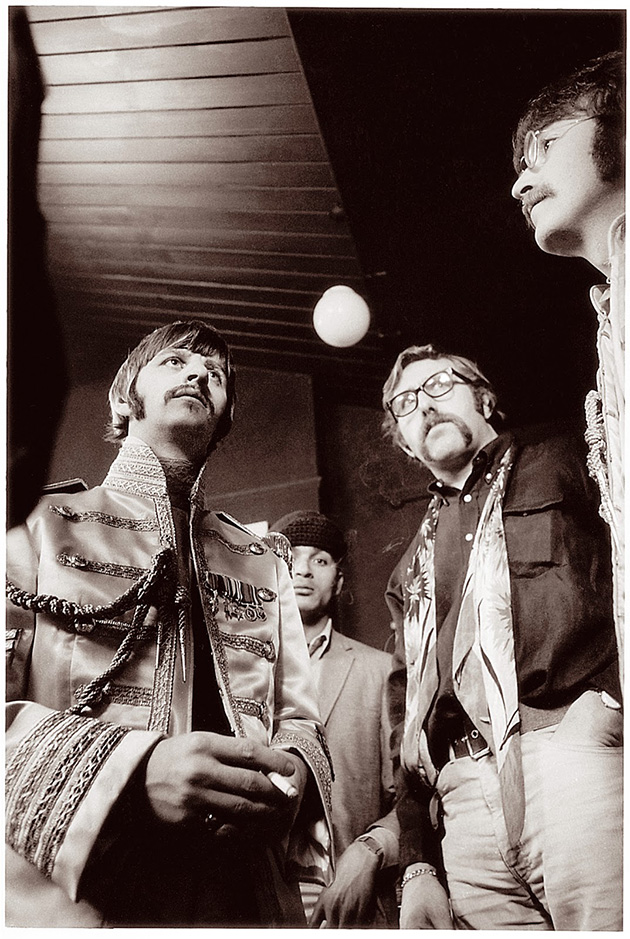 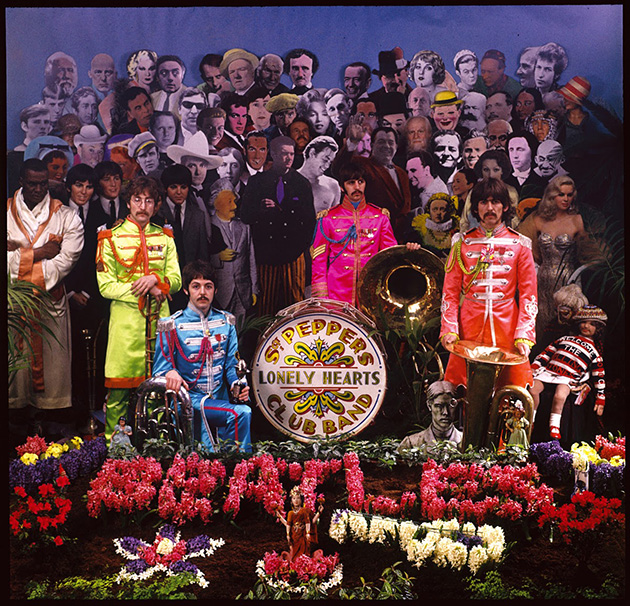 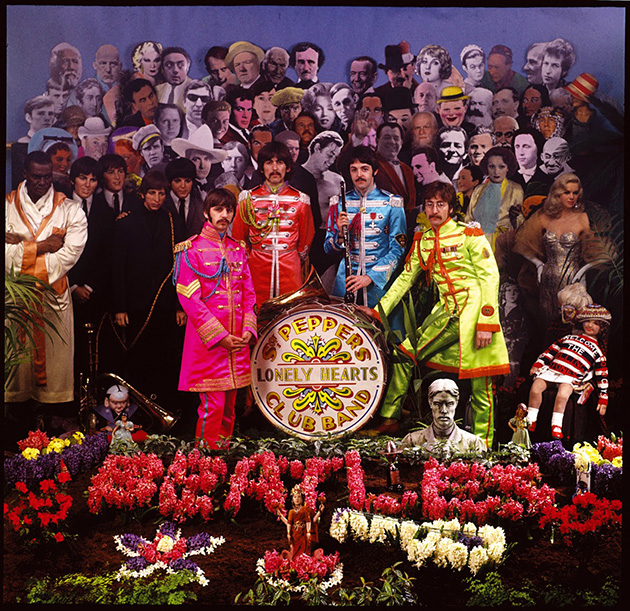 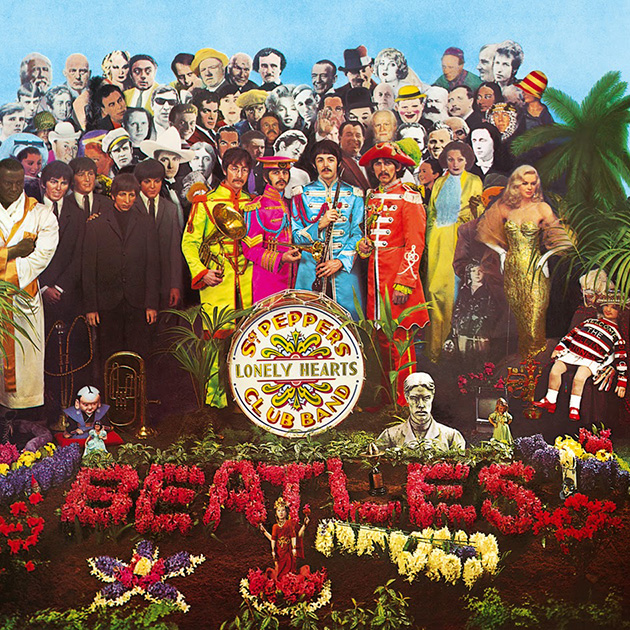 The Beatles And The Lonely Hearts Club Band 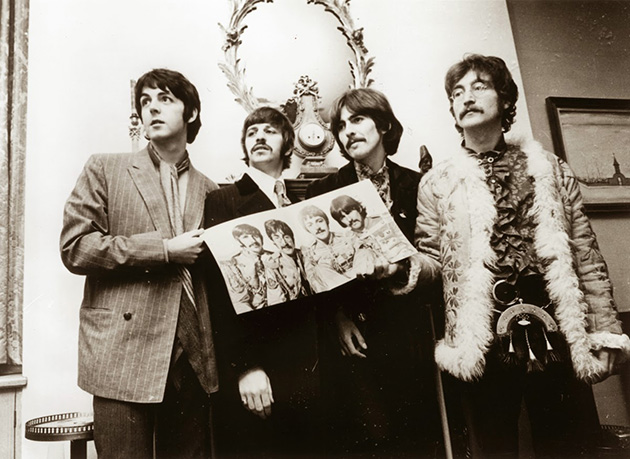