After mother koala Lizzy was hit by a car in Australia, she suffered some serious injuries, including a collapsed lung. Luckily her son Phantom wasn’t injured in the accident, but remained by his mother’s side during the recovery, including the operation to keep her alive. After the accident, Lizzy was taken to the Australia Zoo Wildlife hospital, which was founded by the late Steve Irwin and his wife Terri. Koalas are famous animals from Australia, revered for their adorable appearance and funny nature (they never appear happy to interact with humans). They are well known for their love of eucalyptus leaves, yet are not the most sociable of animals. The only time real bonding occurs between the animals is with a mother and her baby, which are known as a joey. They remain in their mothers pouch for up to six months, with a period of around a year needed before they can be weaned. In the case of Phantom, he wouldn’t be separated from his mother despite her condition – it’s nice to think that his presence helped with Lizzy’s recovery. 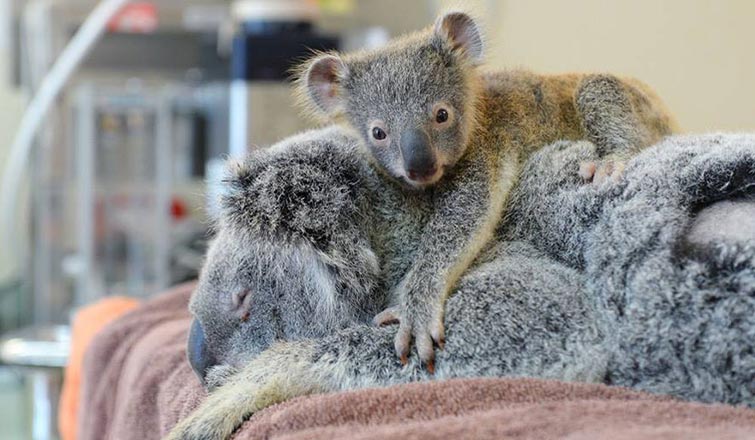 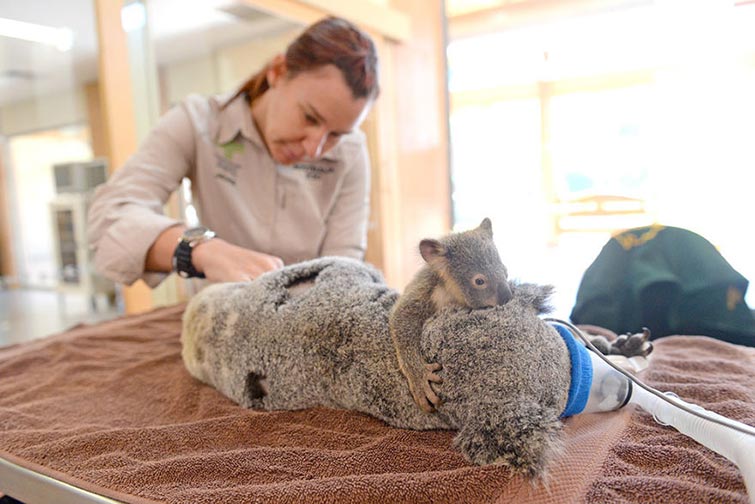 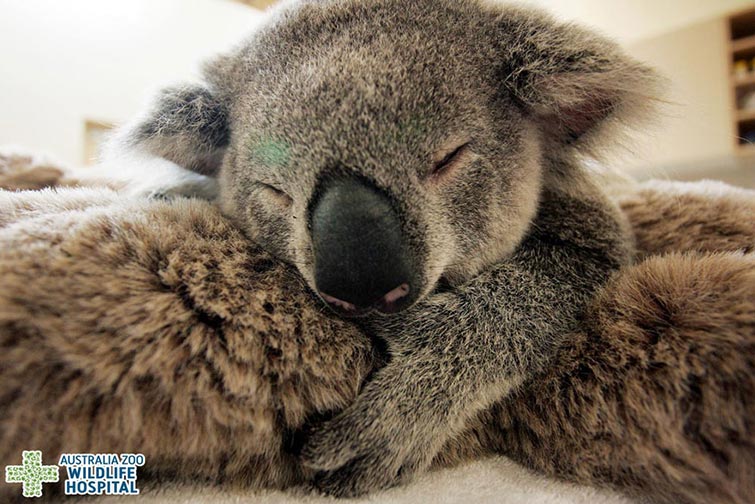 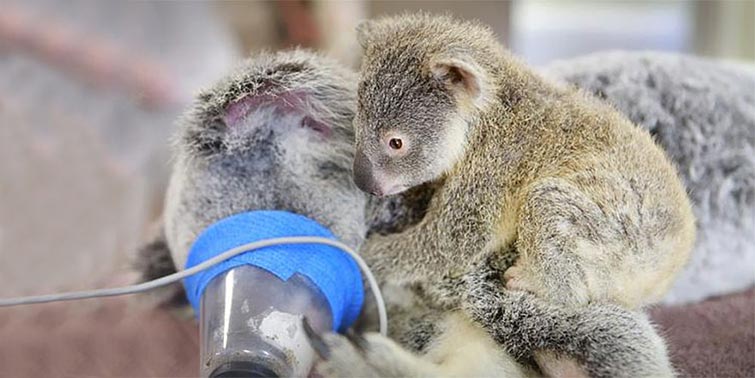 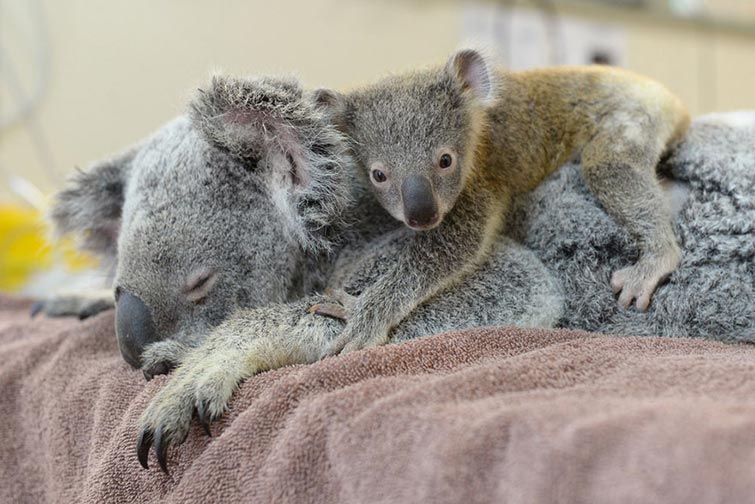 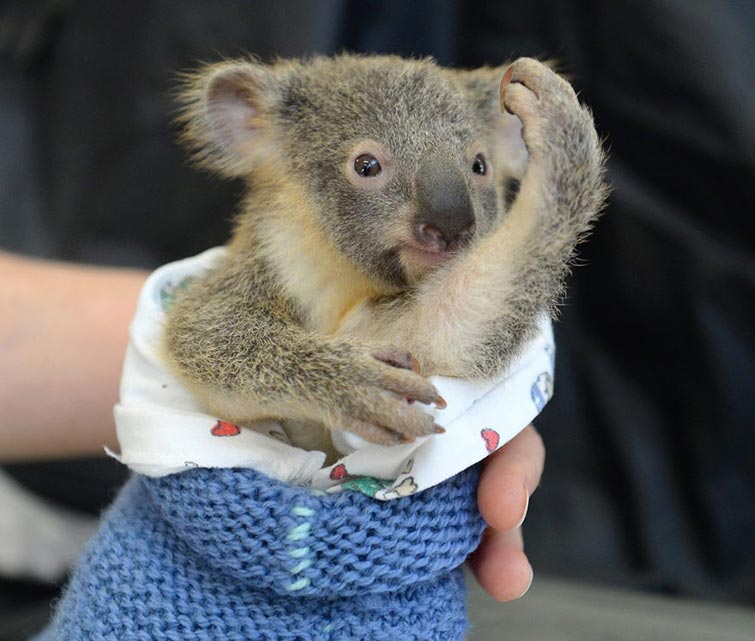