There’s nothing cuter than baby animals, right? Wrong. There’s nothing cuter than baby animals hugging teddy bears in their natural habitats. Doodlebug, an abandoned (but rescued and is now doing fine!) baby Kangaroo is becoming known all over the internet due to the photo of his hugging his fluffy teddy bear as he stands in the bushes and watches his surroundings.  Doodlebug was rescued by a loving surrogate mother who owns a wildlife reserve and nursed him back to health until he was strong enough to go out into the real world on his own. The baby is now living out in the wild, but likes to come back to see his “mom” for some cuddles, and, of course, his favourite teddy bear that is left attached to a tree by a cord so he can find it when he needs a hug or two. Though we all want to see Doodlebug happy as he enjoys his adult life, it’s hard not to “awww” over this photo of him and his teddy bear. Adorable. More info: Twitter (h/t: theweek)

This orphaned kangaroo was nursed back to health by Gillian Abbott, who gave it a teddy-bear to play with 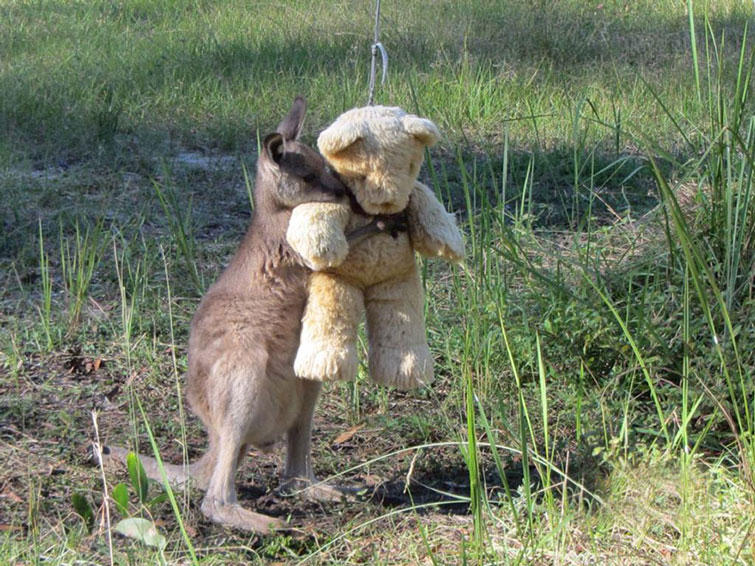 “They seem to respond to the toys much in the same way as a toddler. They treat it as a companion” 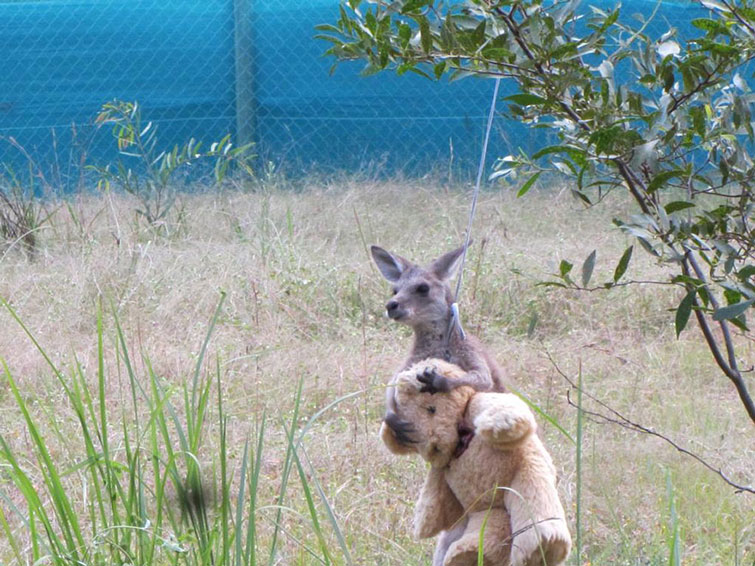 The cord seen in the picture is tied to the teddy-bear, holding it up for the kangaroo to notice..