Mental illness have often been less understood than conventional illness, and autism in particular is a condition that many have heard of, yet aren’t fully aware of what it means. Autism has various levels of severity, but a common trait is that they sufferer struggles to integrate socially, and can possibly suffer from a lack of communication skills too. Natural skills such as painting can be greatly enhanced as a result, so many have amazing talents.
A perfect example of this is when an 11 year old boy drew the world map in incredible detail all from memory. His mother was a professor in New York, and she took him to work one day, where he drew this amazing piece. One of the professor’s students noticed this and began to take some photos that quickly went viral on social media. 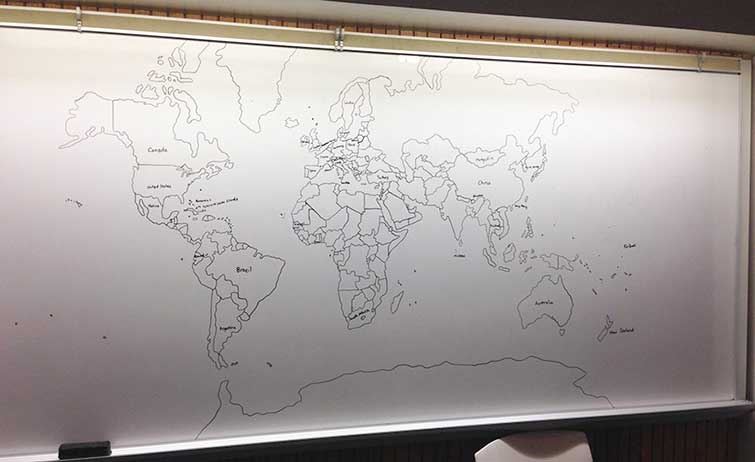 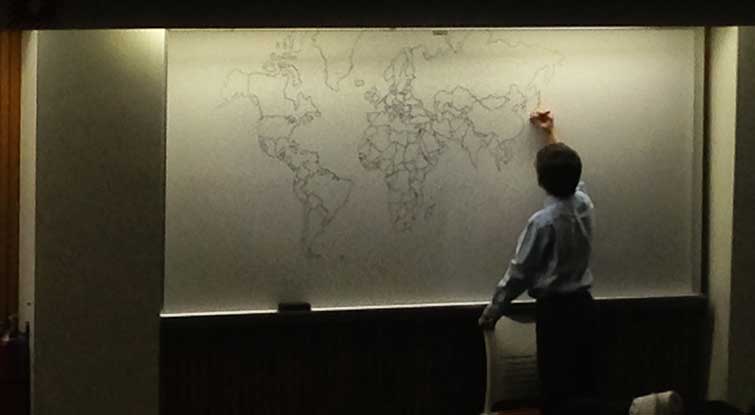 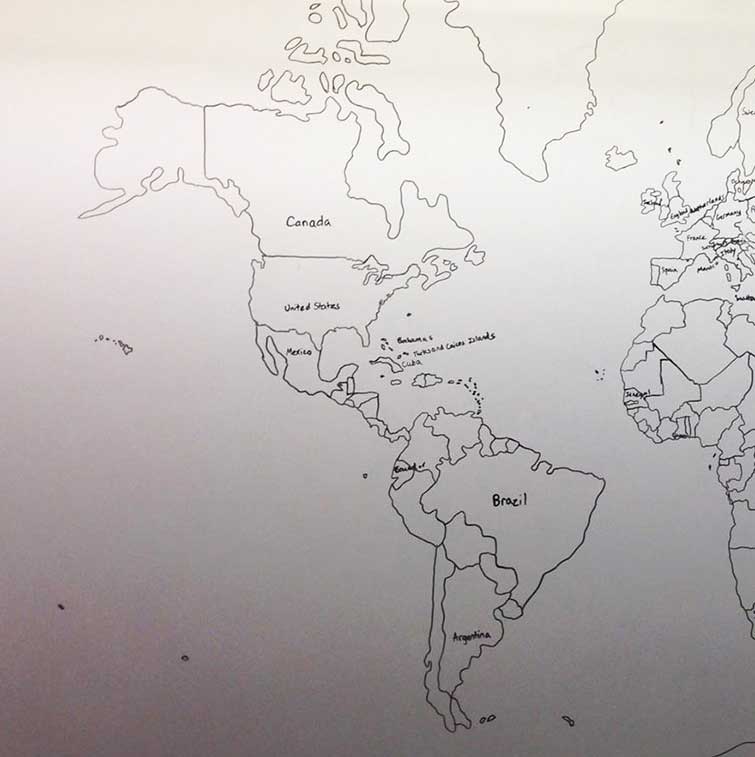 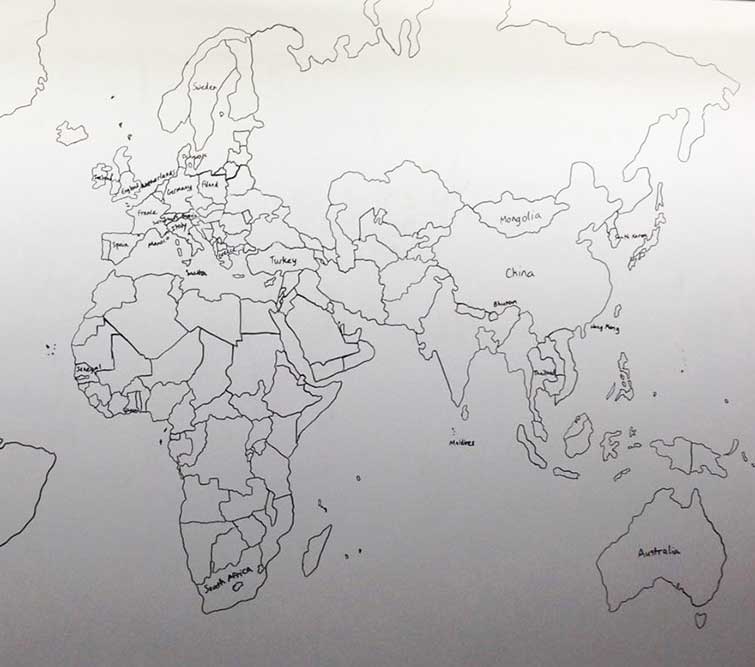