Languages have always been an interesting topic. It is surprising that there are more than 7,102 languages in the world. While some have millions of speakers, others are fighting to survive. So, people are always interested in what are the common languages and what are less known to people. 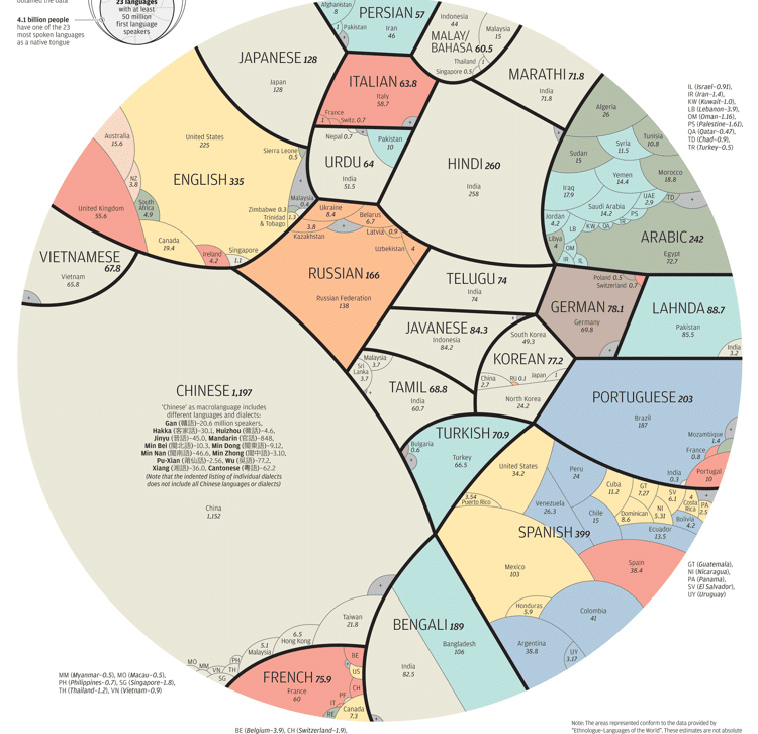 What Is The Most Common Language?

English and Arabic are also very common among people around the world. Surprisingly, the Portuguese have more than 200 million speakers. The Infographic of Alberto Lucas Lopez clearly illustrates 23 languages and how many people speak those. It is interesting to see which languages are widespread. And it is interesting to see that languages such as Russian, and Turkish has also a significant number of speakers.

English is one of the widespread languages. This language is spoken in 110 countries. After English, Arabic follows with 60 countries. French and Spanish are also widespread with 51 and 31 countries respectively. While Arabic is spread due to geographical conditions, it is a different case for English, French, and Spanish. Due to imperial reign in the past, these three languages were spread around the world. If you want to know if your native language is among these common languages, you can check this amazing infographic.