When Queen Victoria decided to wear a white dress for her wedding to Prince Albert, she started a custom that has remained to this day, having popularised the concept of a white wedding. Brides didn’t traditionally wear white until after Queen Victoria had, with many of the affluent members of society during the Victorian era the following suit and donning elegant white gowns for their ceremonies.

These wedding dresses evolved throughout the era as well, and many aspects of a modern wedding dress have been influenced by the various styles of the time. For example, a fitted bodice was first popularised during the early Victorian era, and with the dressed tending to have very small waists and a full skirt. 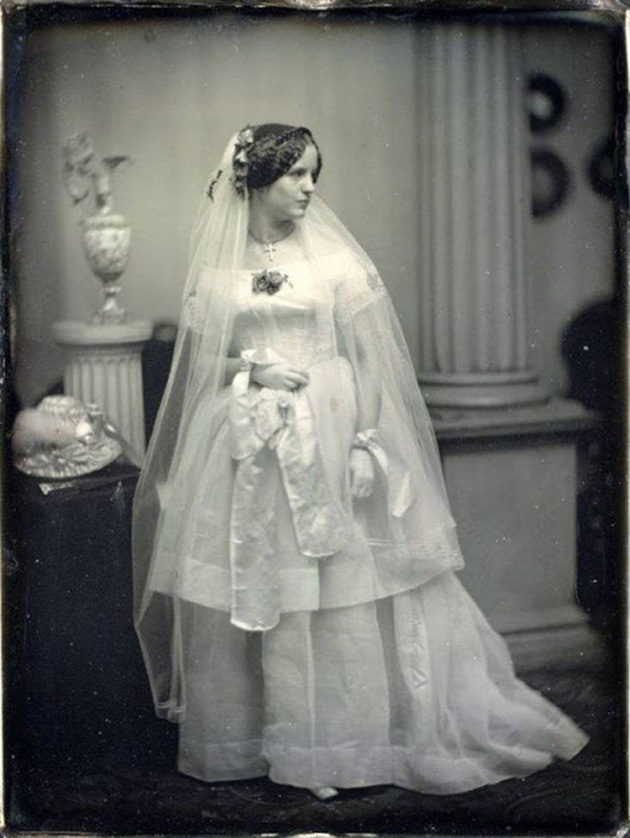 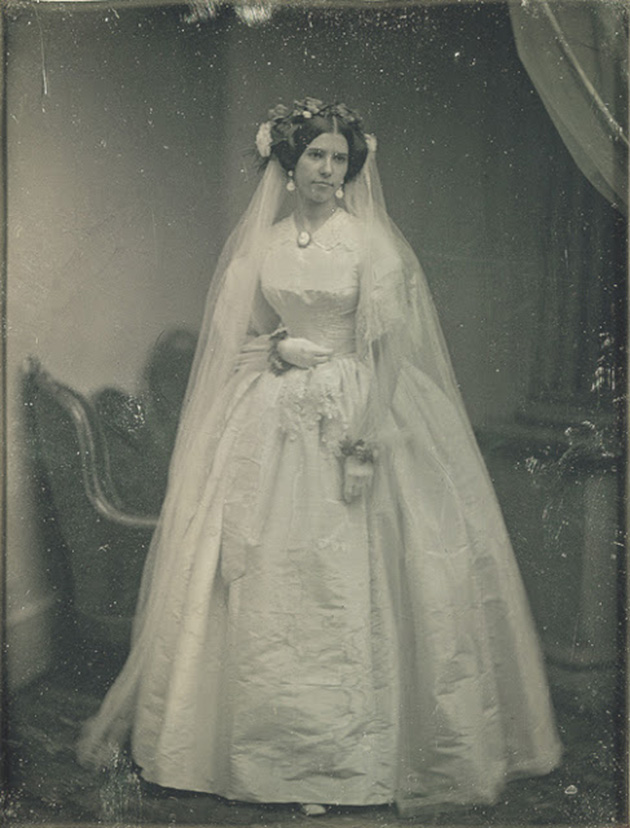 Various materials were used for the dresses of the time, many of which are still used today, including silk, linen, lace, and tulle. Veils would often feature a very fine material, with gauze or lace usually being used.

Around the 1870s there was an increase in wealth, leading to the development of the middle class. Here, it was all about status and showcasing your wealth, and the dresses reflected this. The worth of Paris would remain amongst the most desired designers for a wedding dress during this time. Having a bustle on the dress would become a common feature, as to would longer veil. 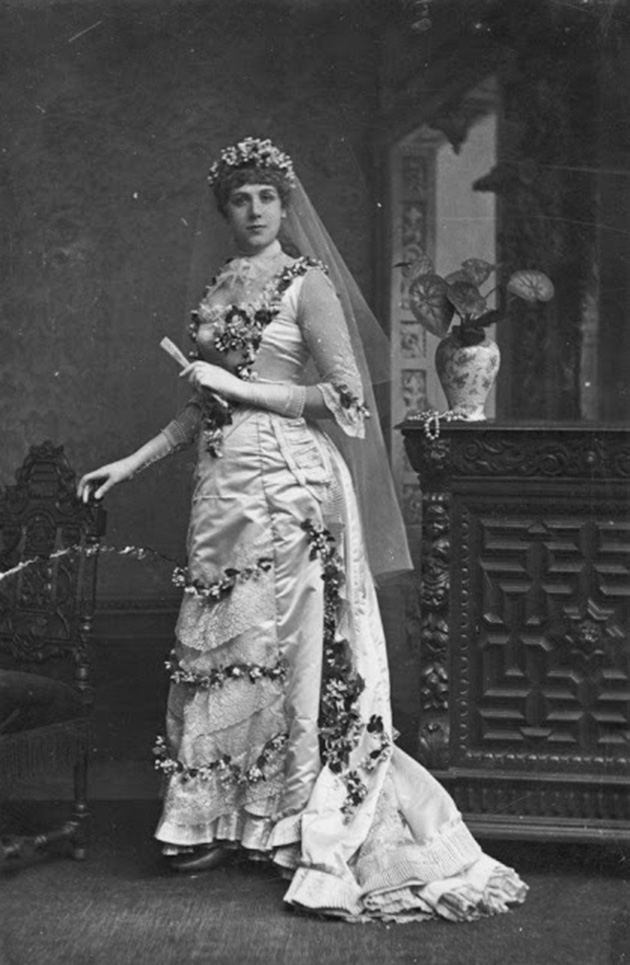 A beautiful bride on her wedding day, ca. 1880s 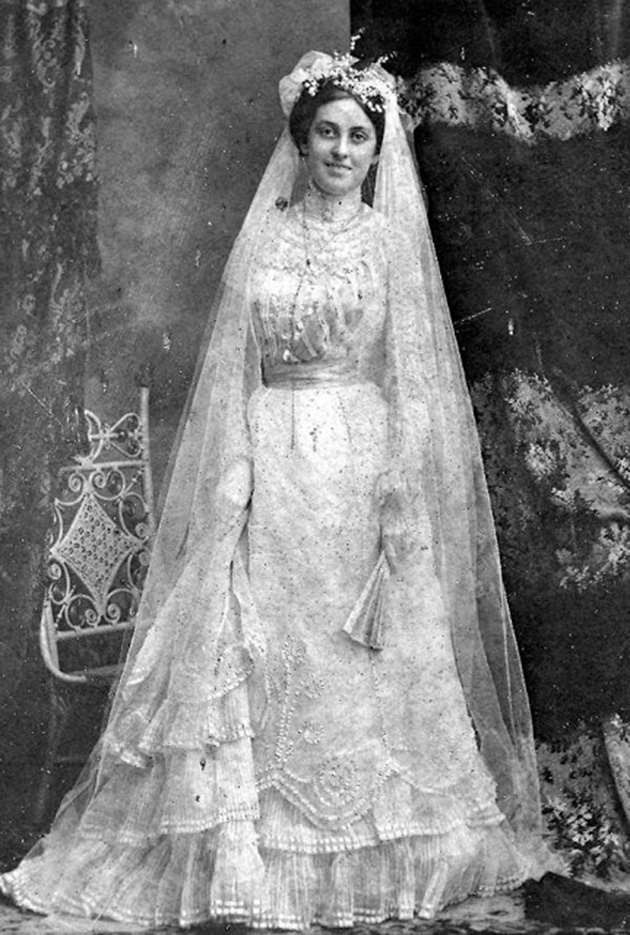 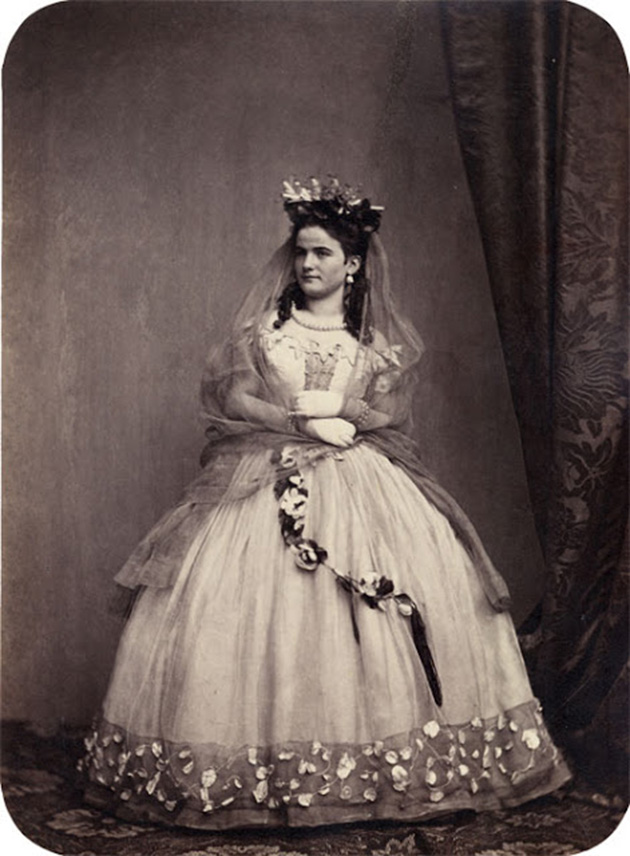 This would fall away towards the end of the era, with bustles being replaced with a demi-train and the addition of long sleeves reflected the changing fashion of the time. Veils would remain however, and traditionally would not be removed until after leaving the church.

A notable exception the white wedding traditions of the time were widows that were remarrying. Rather than wearing white dress with a veil and having bridesmaids dressed in white, she would wear a gown usually of lavender or pearl, mostly made from satin.

These rules have since been relaxed in modern times thankfully! 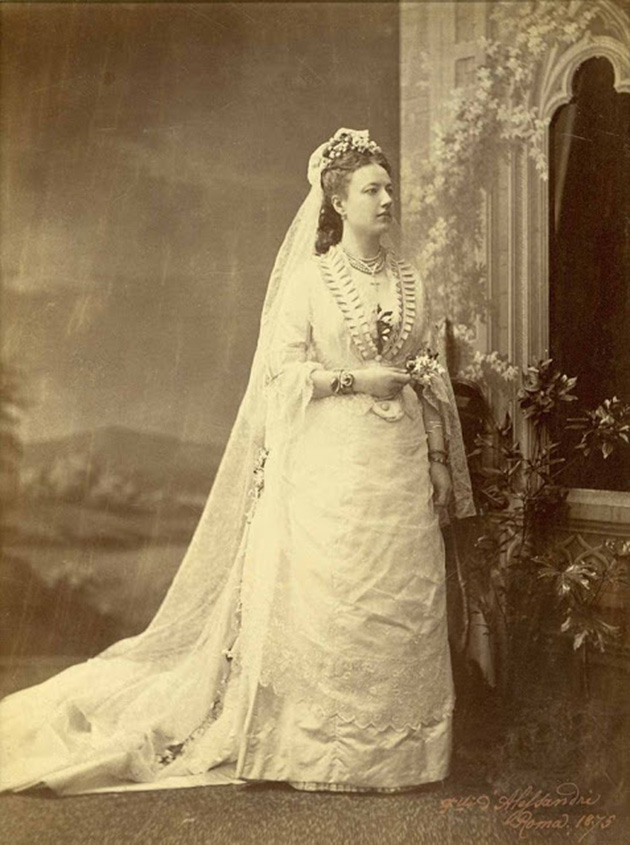 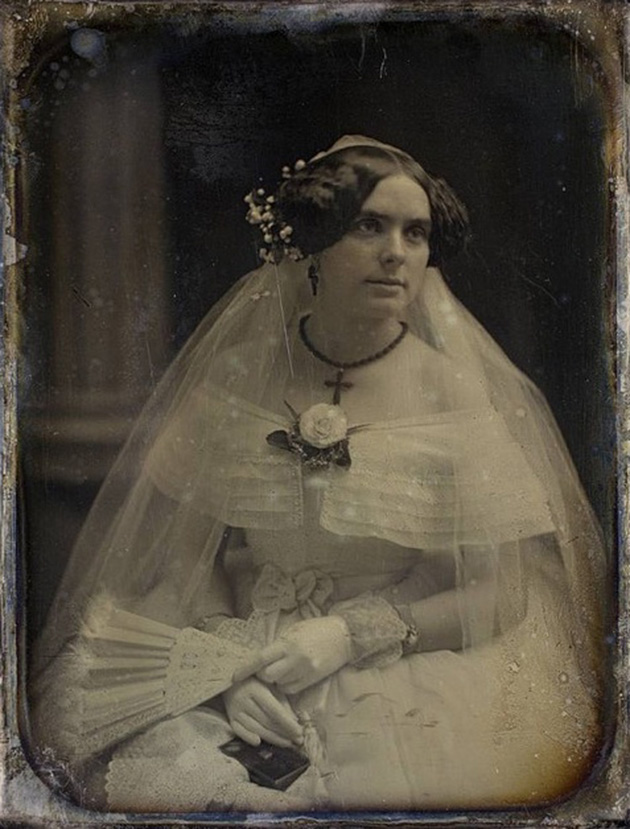 Baroness Christine von Linden on her wedding day, May 13, 1898 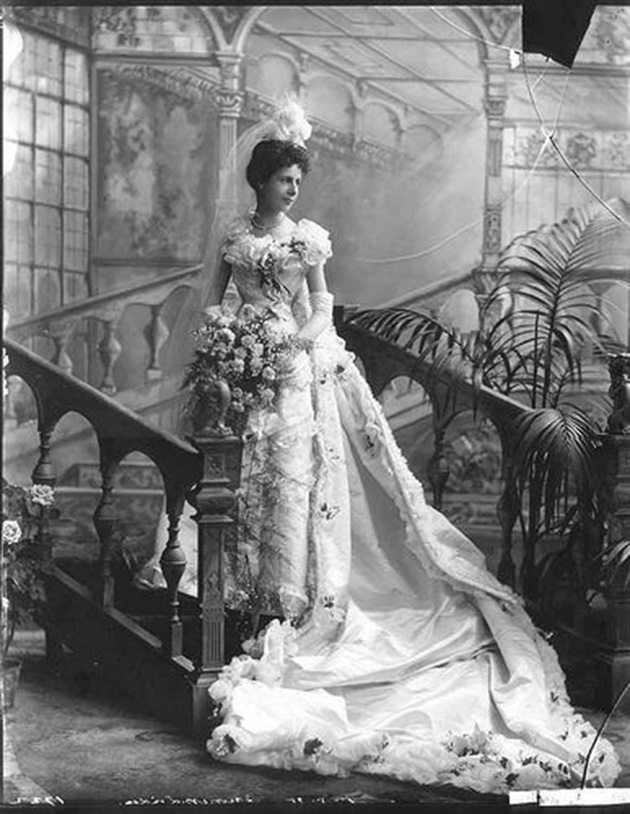 Beautiful bride in the 1880s 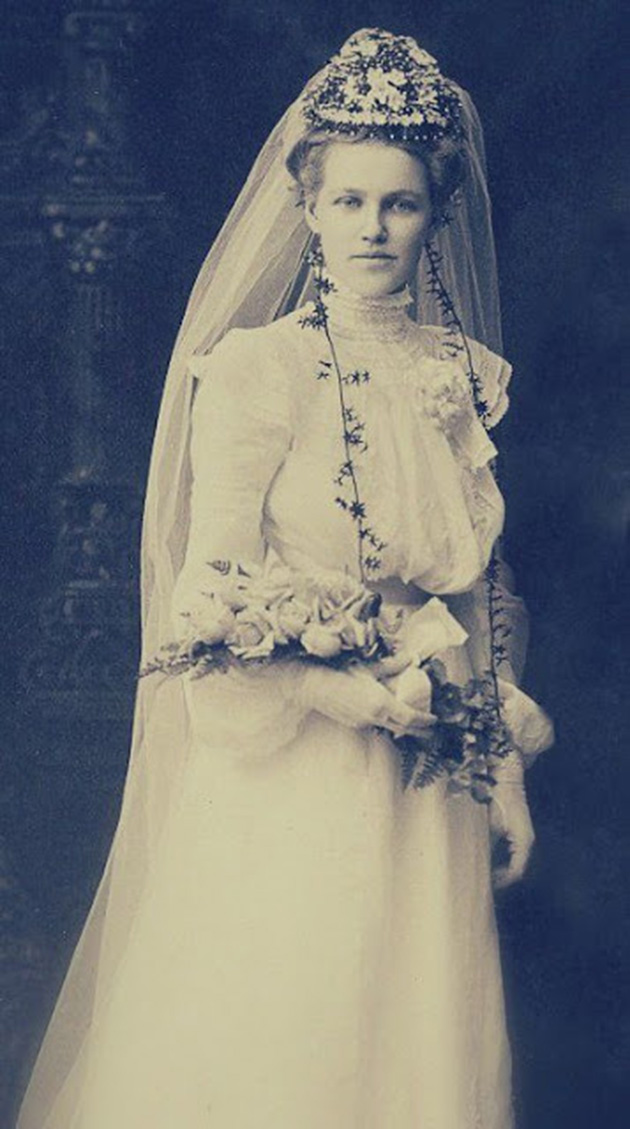 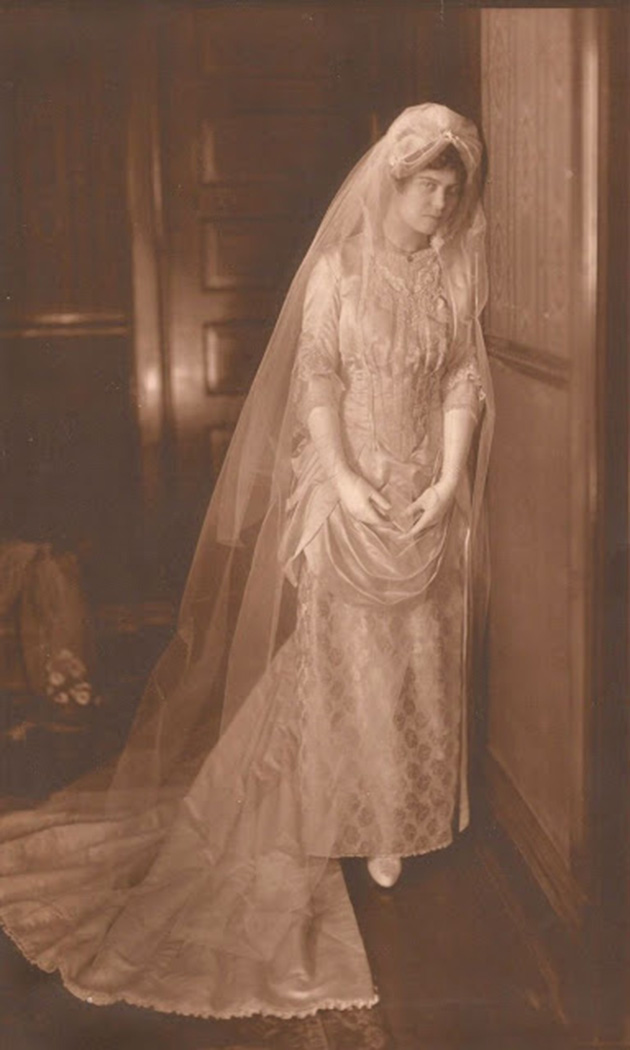 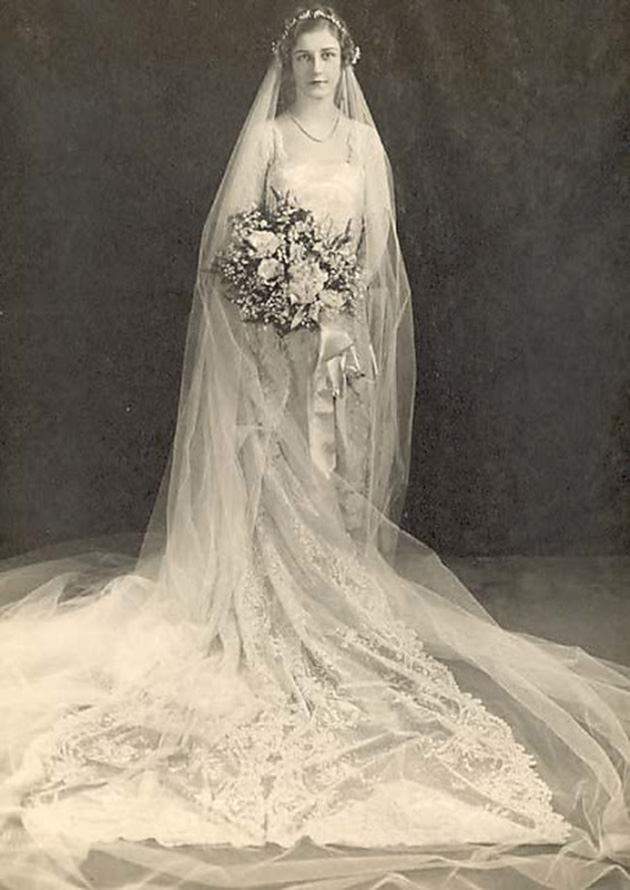 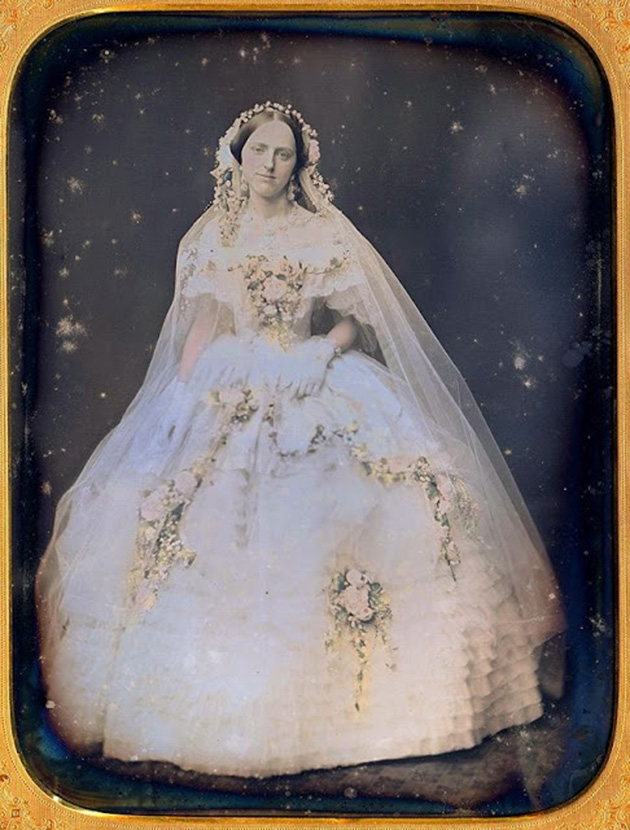 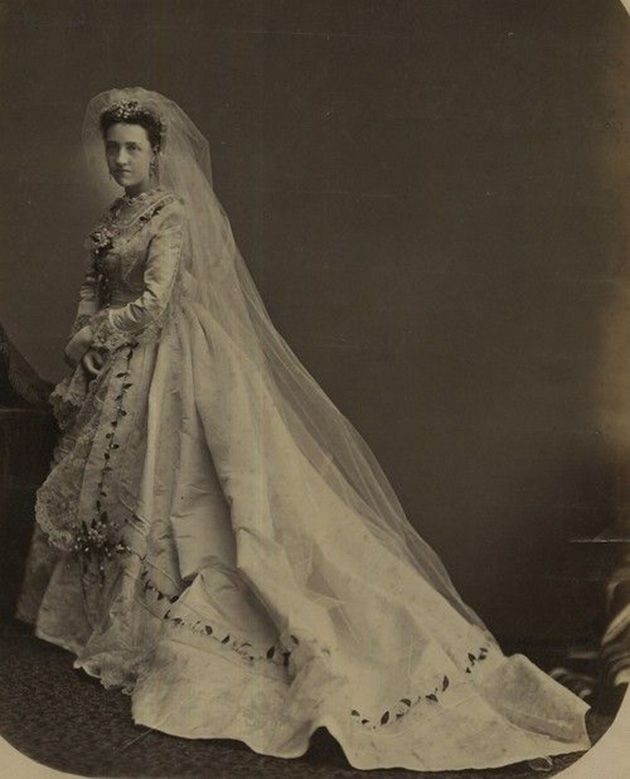 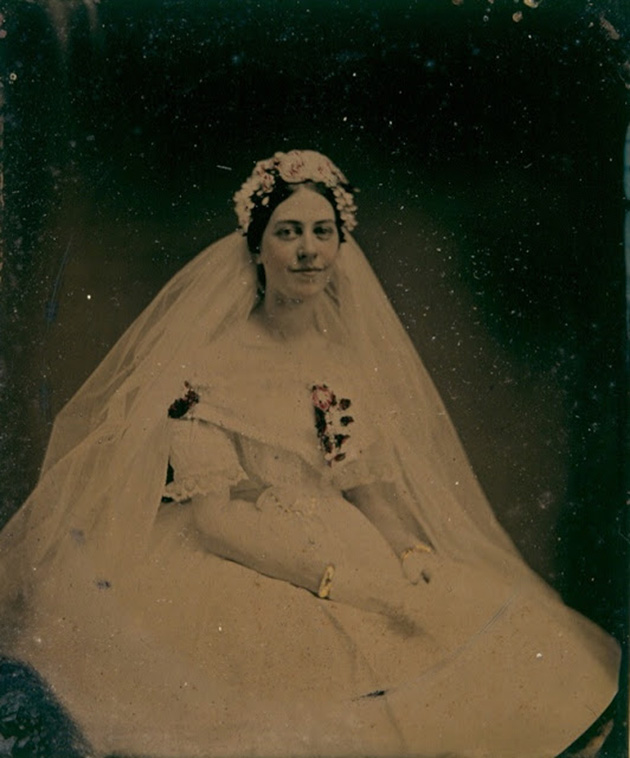 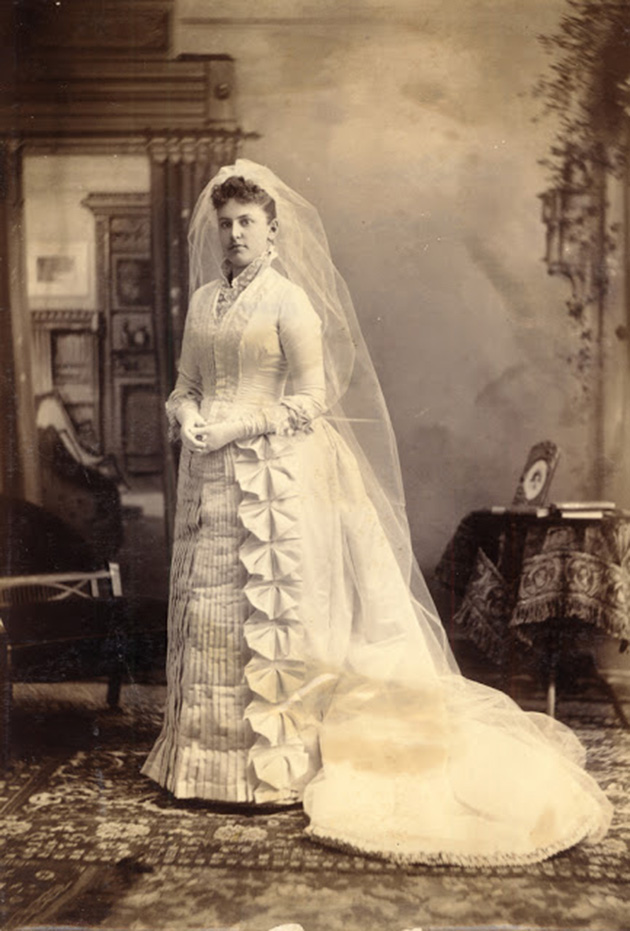