In the summer of 1977, these photos, taken when Star Wars fever showed up for the first time, display the culture of “Star Wars” lines from the 1970s.

People waiting in line for “Star Wars” in the summer of 1977. 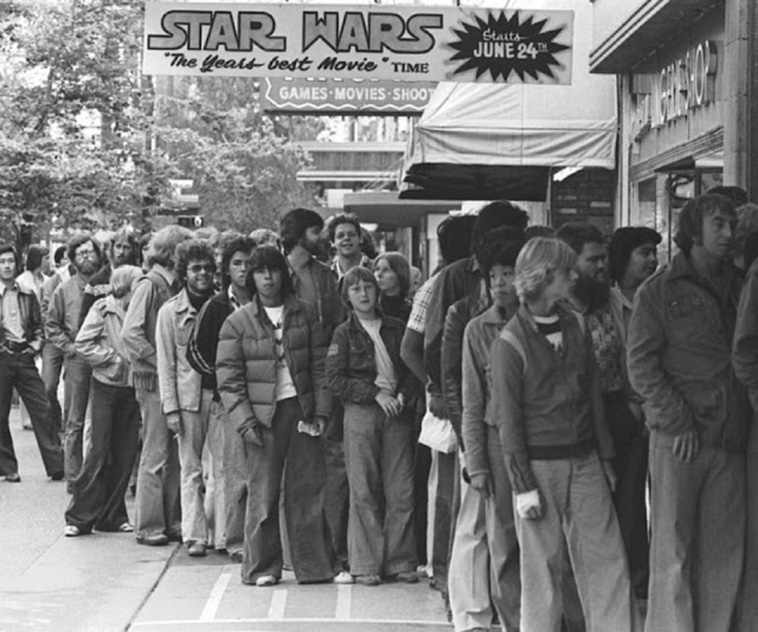 Moviegoers stand in line for an afternoon showing of “Star Wars” in London in December 1977. 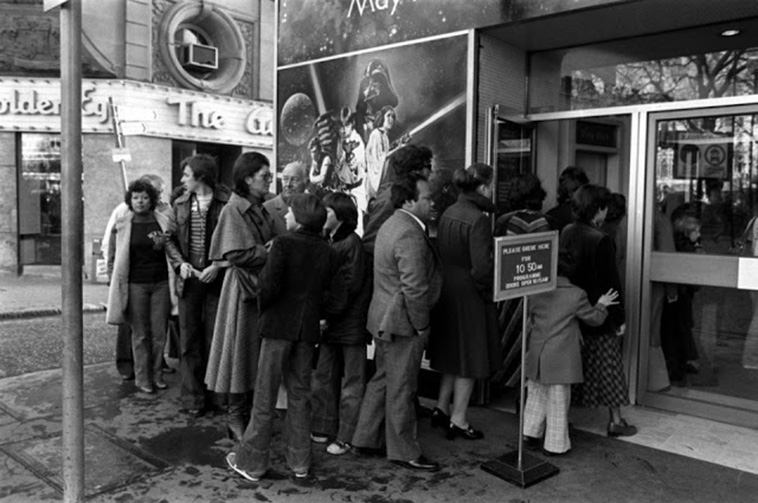 Theatergoers wait in lines in front of the Avco Center Theater in Los Angeles to see “Star Wars.” June 7, 1977. 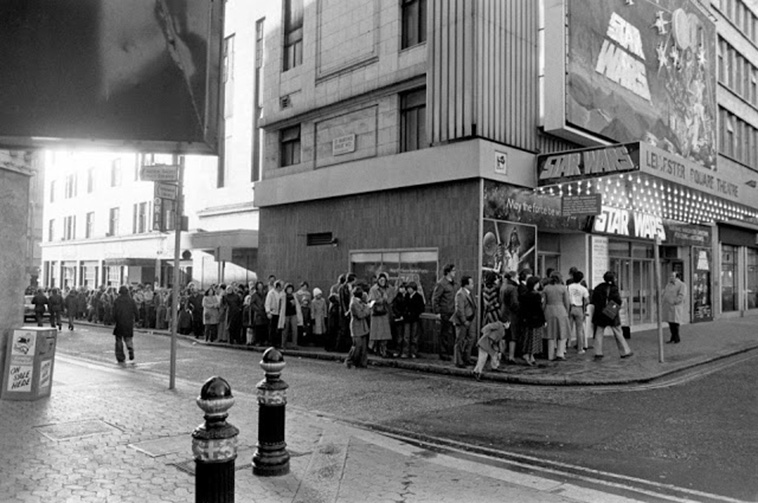 Crowds flocked to see “Star Wars” during its opening weekend in May 1977. This was the scene outside Mann’s Chinese Theatre in Hollywood. 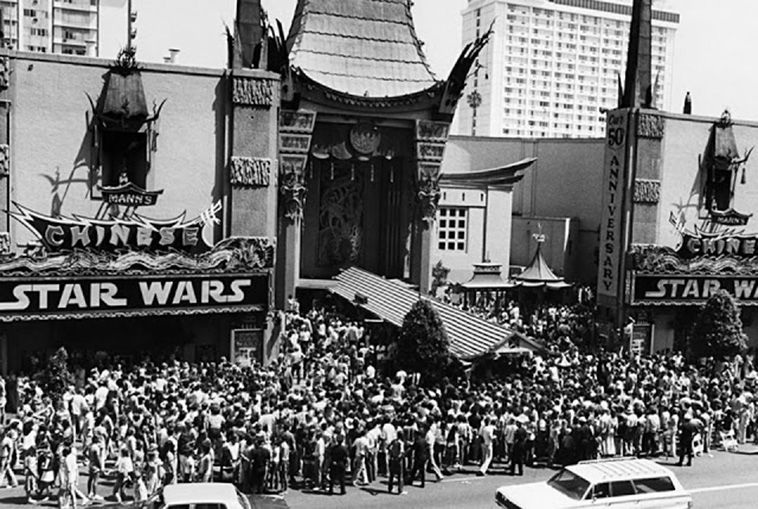 Crowds stood in line for hours to see the original “Star Wars” in the summer of 1977. 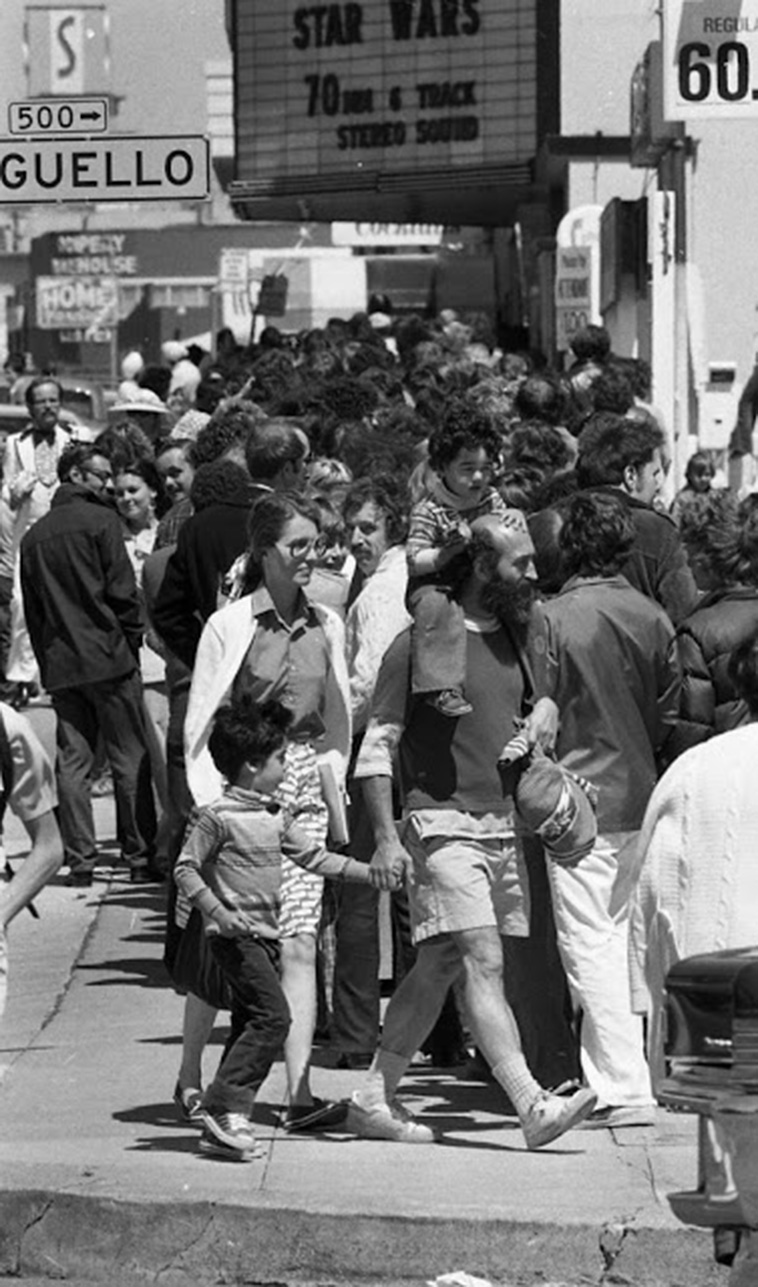 Theater goers waited in line on June 7, 1977 at Avco Center Theater in Los Angeles to see “Star Wars,” which had seats sold out for every performance since it had opened 12 days prior. 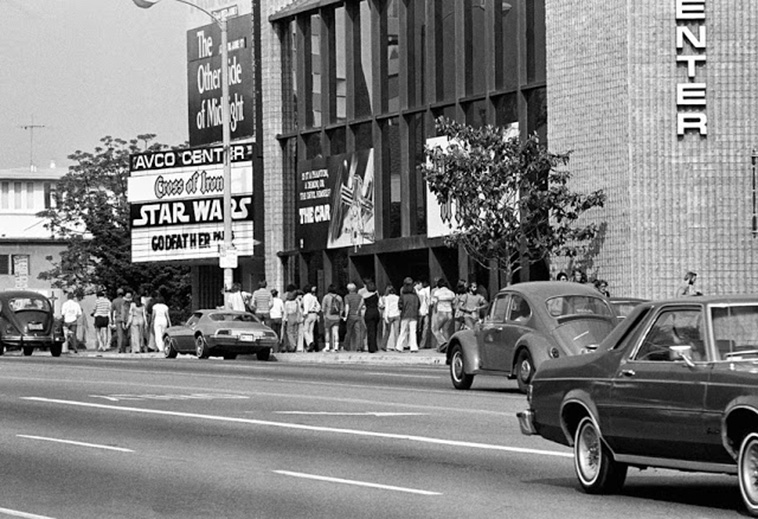 Fans lined up during opening weekend on May 25, 1977 to see “Star Wars” at the Coronet Theatre in San Francisco. (San Francisco Chronicle/Corbis) 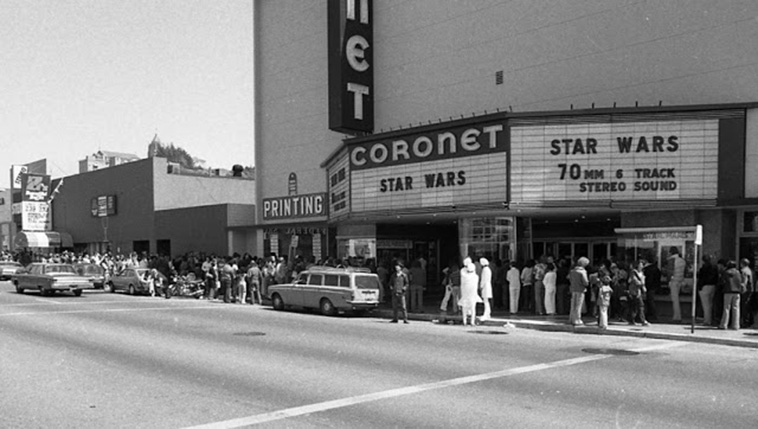 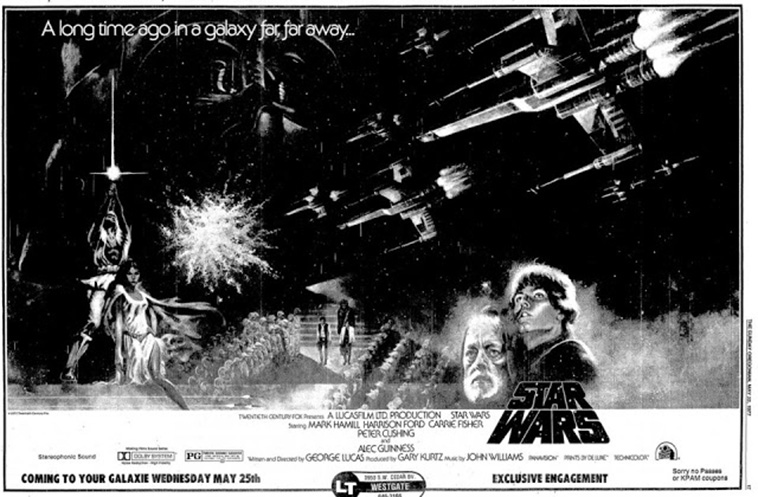