Hamid Sardar Afkhami, a photographer who has toured Nepal and Tibet photographing, planned to visit Mongolia and capture the nomadic tribes who live on reindeers. He is a scholar of both Tibetan and Mongolian languages and has been awarded a Ph.D. from Harvard University.  He went on to capture the lifestyle of Dukhas, the last generation of Mongolian nomads who are also herders of reindeers. Dukhas trace their roots back to Turks and are entirely dependent on reindeers. Apart from the milk and cheese provided by reindeers, they are dependent on it also for transport and hunting. 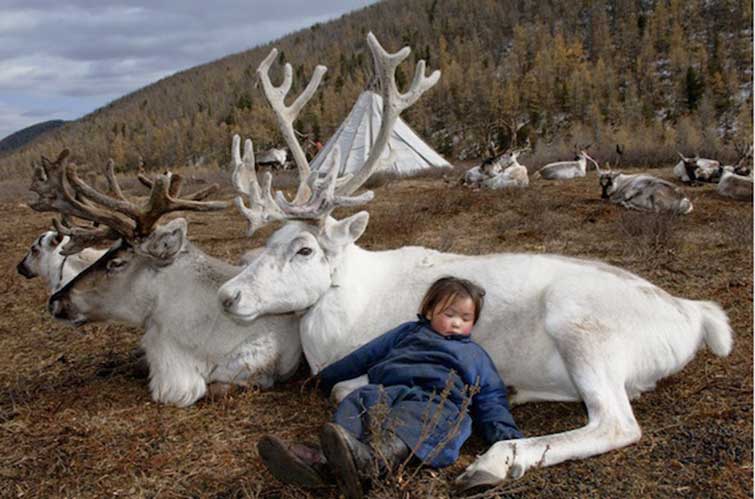 As of now, there are only 400 Dukhas from 44 families and Hamid thought of capturing these nomads and also filmed a documentary on them named The Reindeer People. 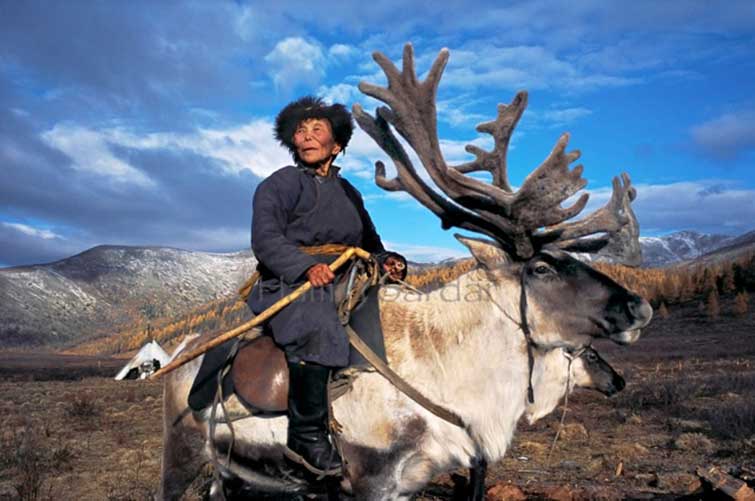 They believe in their ancestral spirits and are of the belief that their ancestors are present in the sacred forests. The Dukha tribe is headed by a 96-year-old named Tsuyan, who command other Dukha people and teach them about their culture. 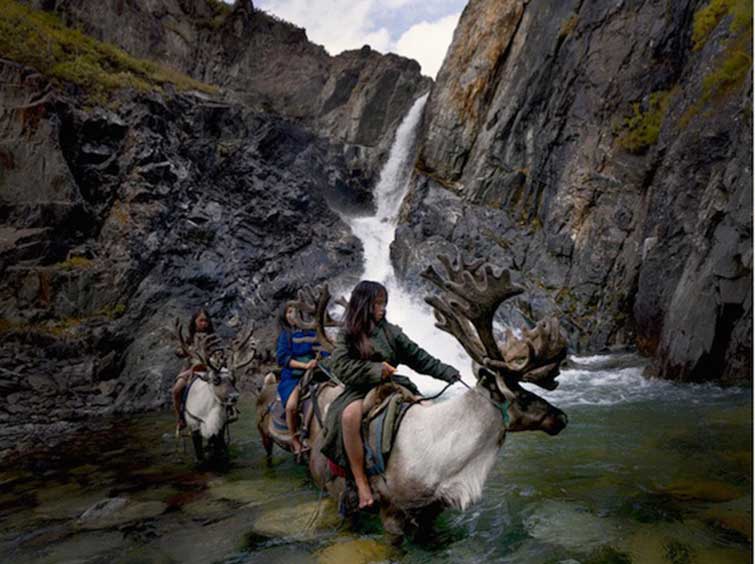 The film by Hamid has won the Best Film on Mountain Culture prize by the Banff Mountain Film Festival. 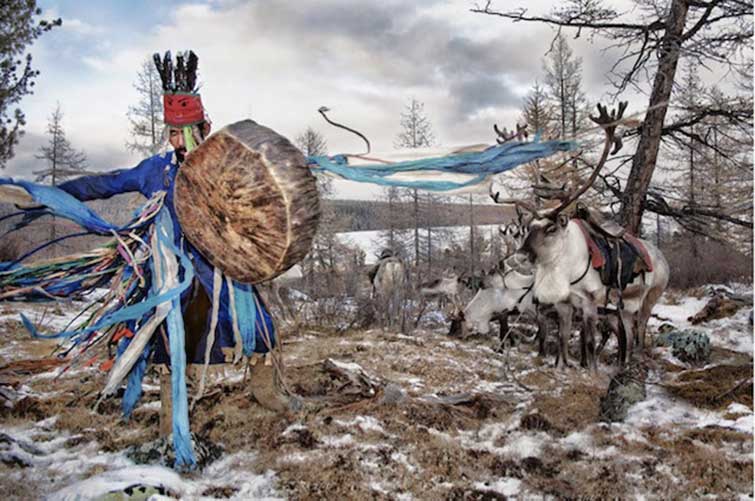 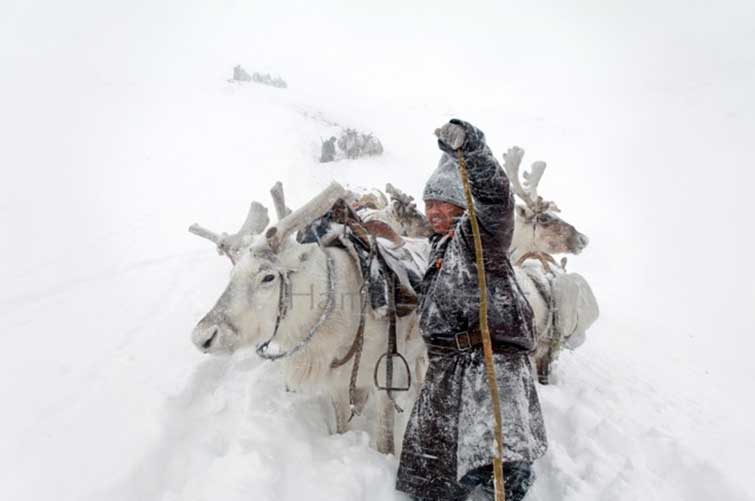 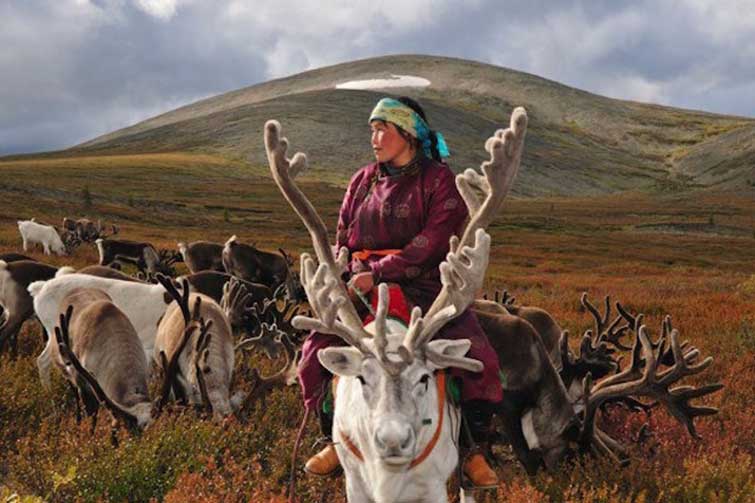 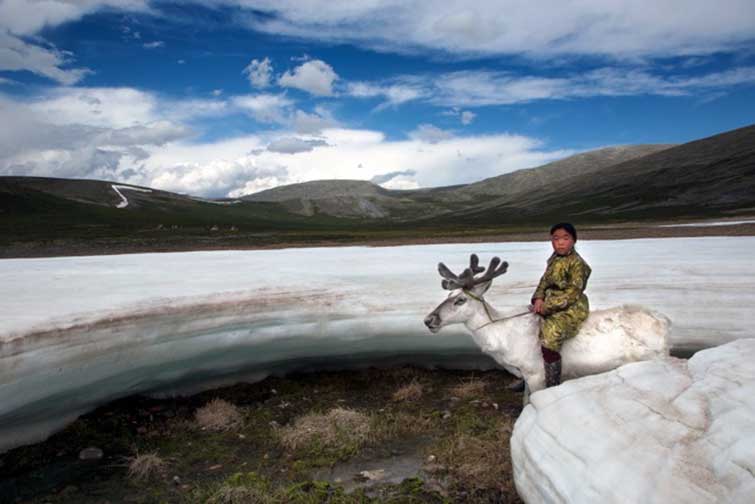 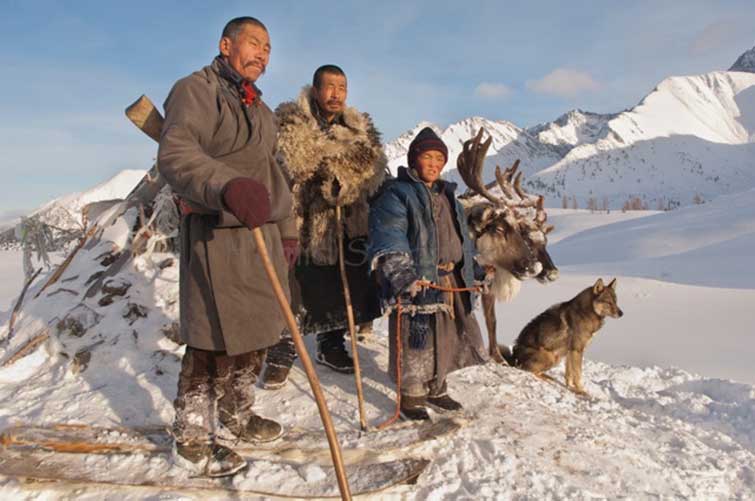 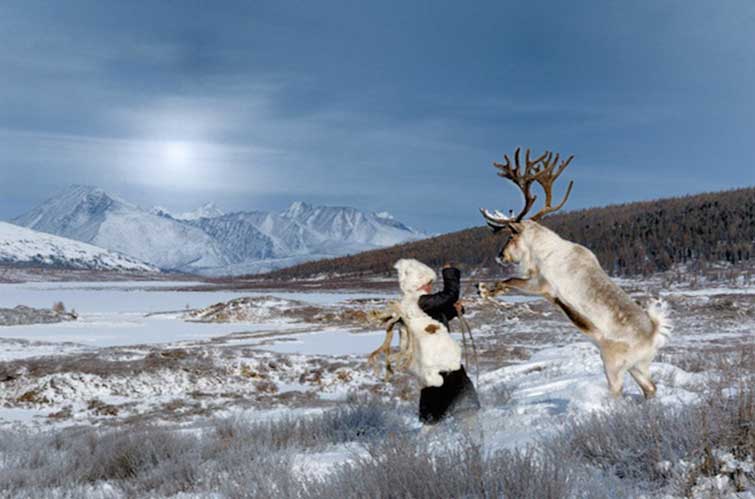 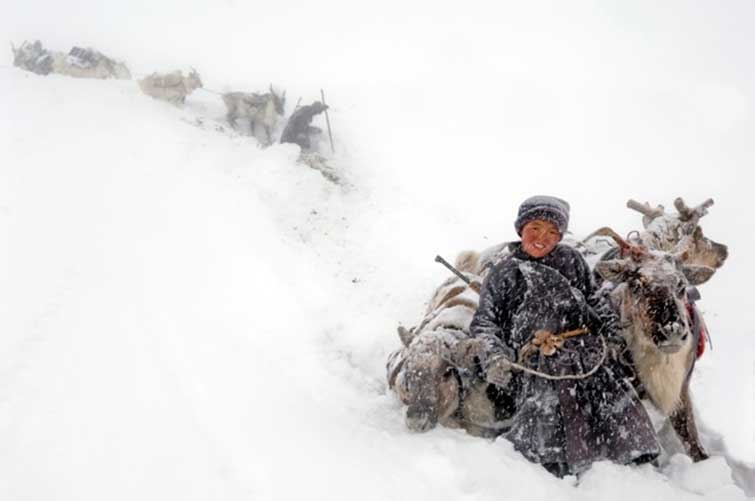 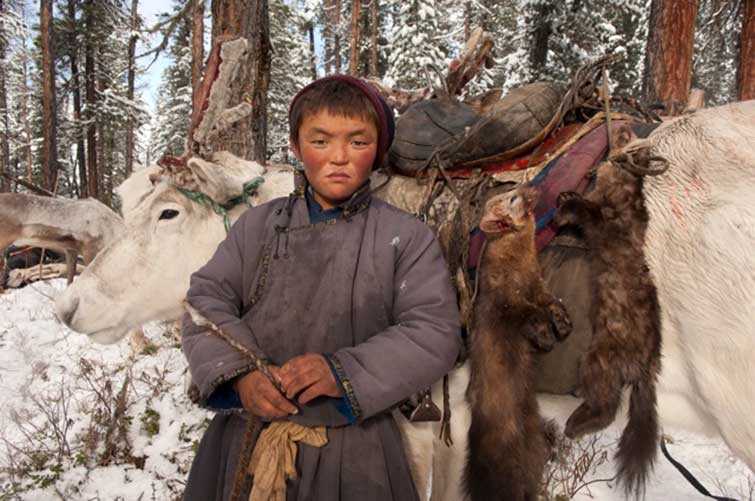 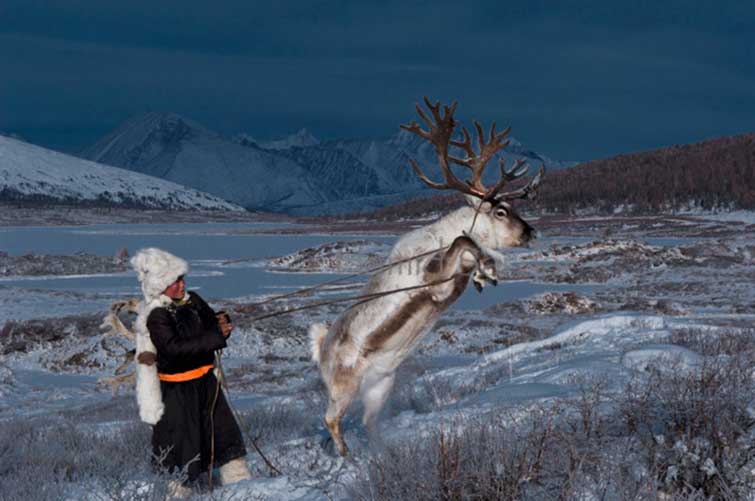 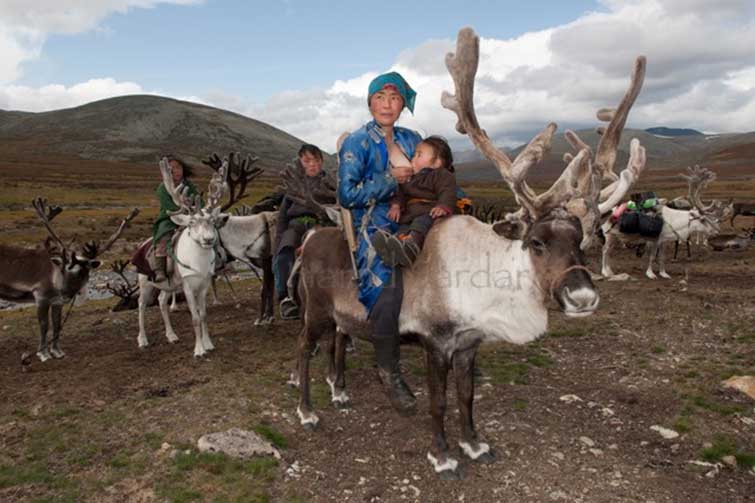