We have time in airports while waiting for flying and generally we observe unique people from all over the world. Airports are centers where different people from all countries and cultures come together in a place. There many things to observe and to learn. Mustafa Çankaya, who is working at Atatürk Airport, was not just contented with observing also decided to make a project which is a series of portraits of people who have transited through Istanbul Atatürk Airport. Here are 44 portraits with some notes by Çankaya from the project. 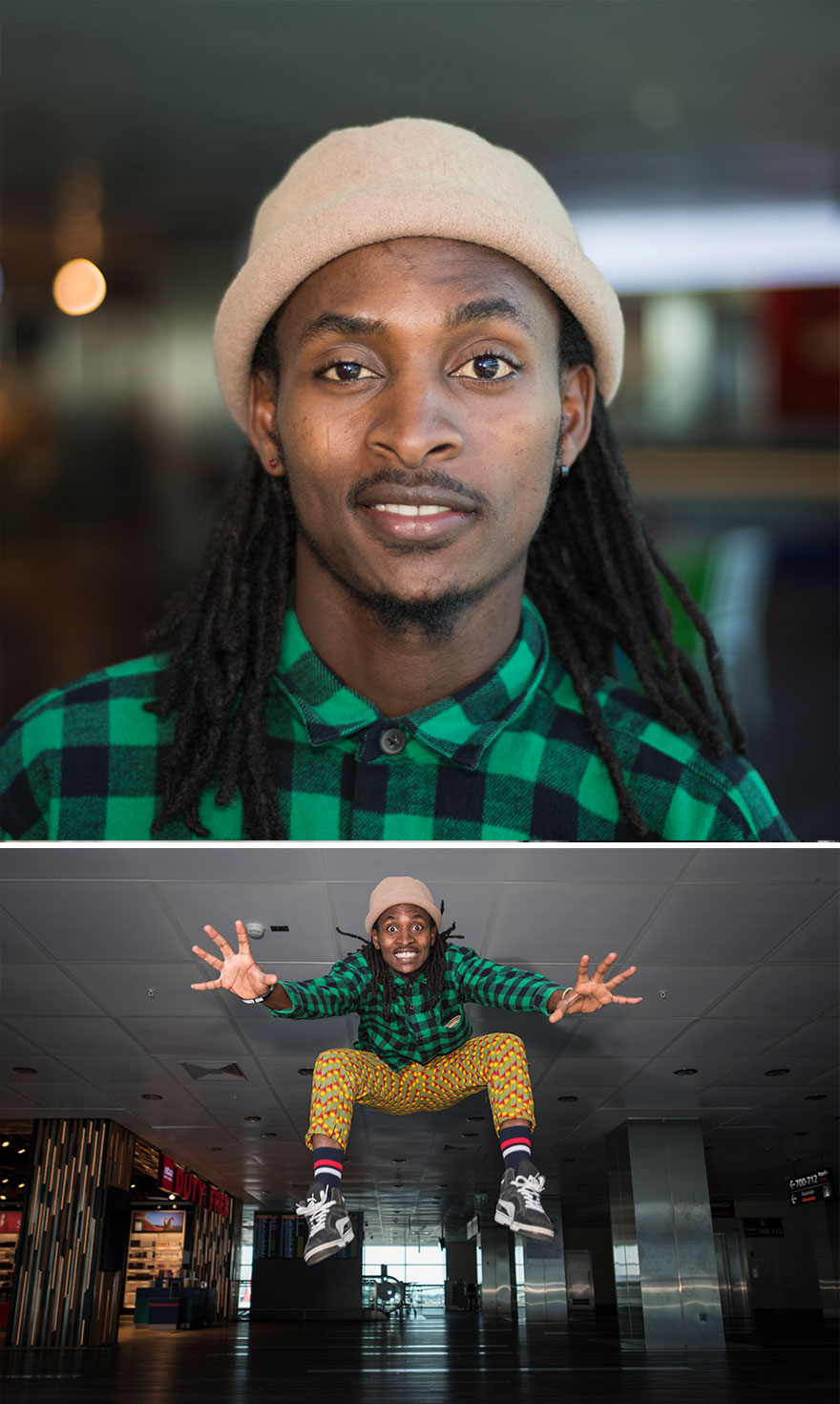 This is what happens if you meet a dancer from Rwanda at the airport. Thanks to Ibrahim Zethy! 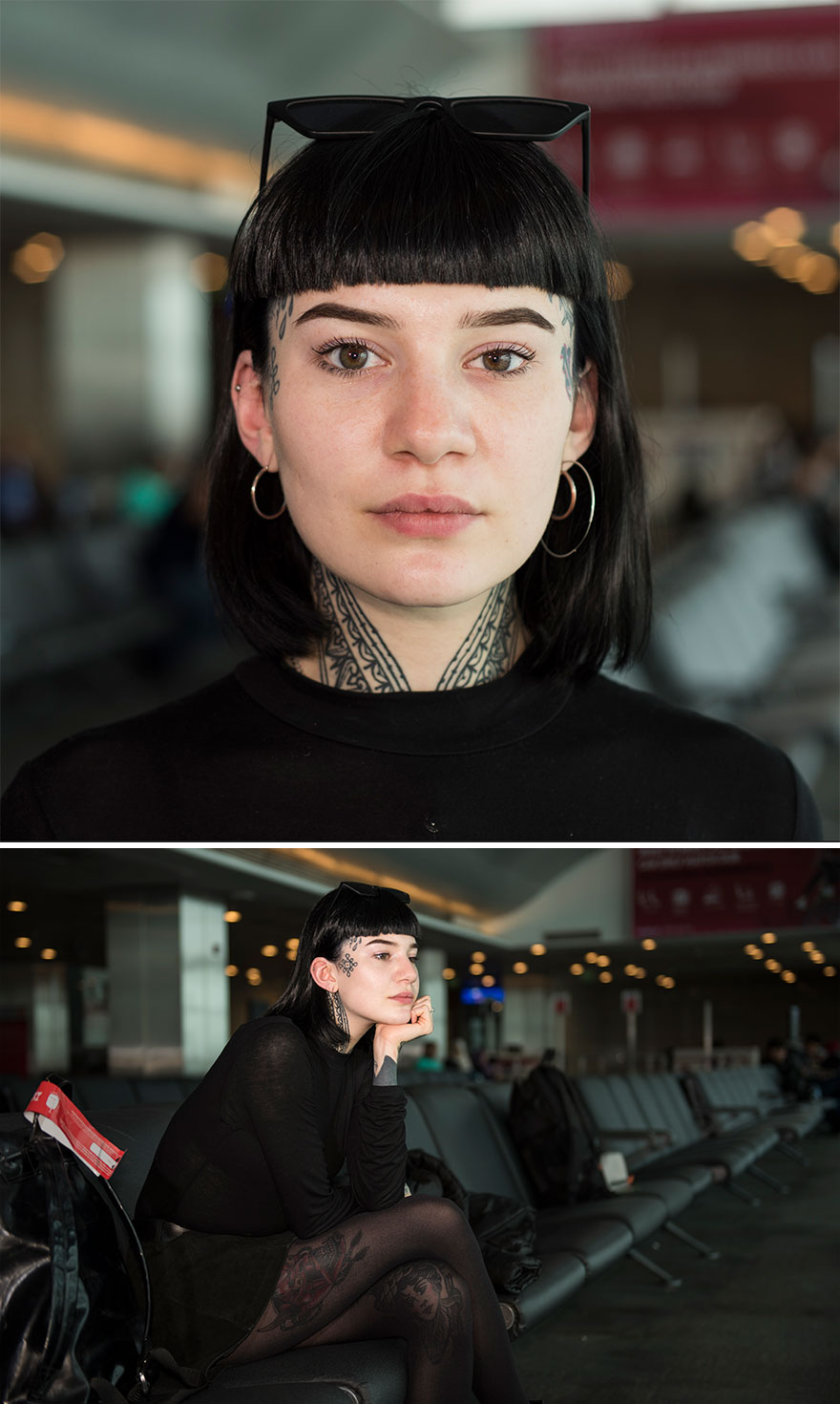 Nicole is a tattoo artist from Odessa. She was starting a tour in Europe for tattoo lovers. 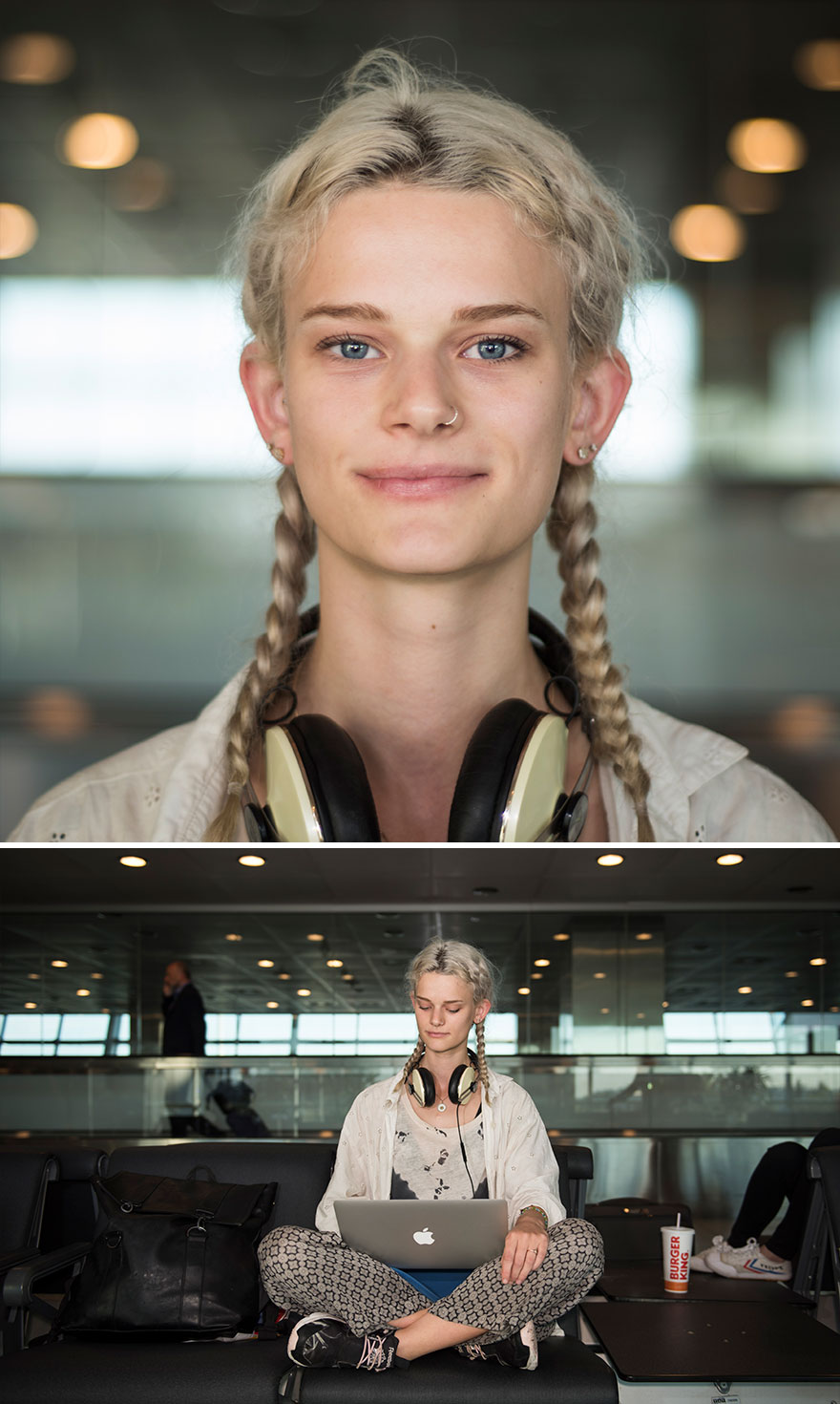 Freya studies Human Sciences at University of Oxford. She was flying to Kenya for her studies. Bash arrived from the Burning Man festival, the dust is still on his shoes. He is a percussion artist playing djembe drum. 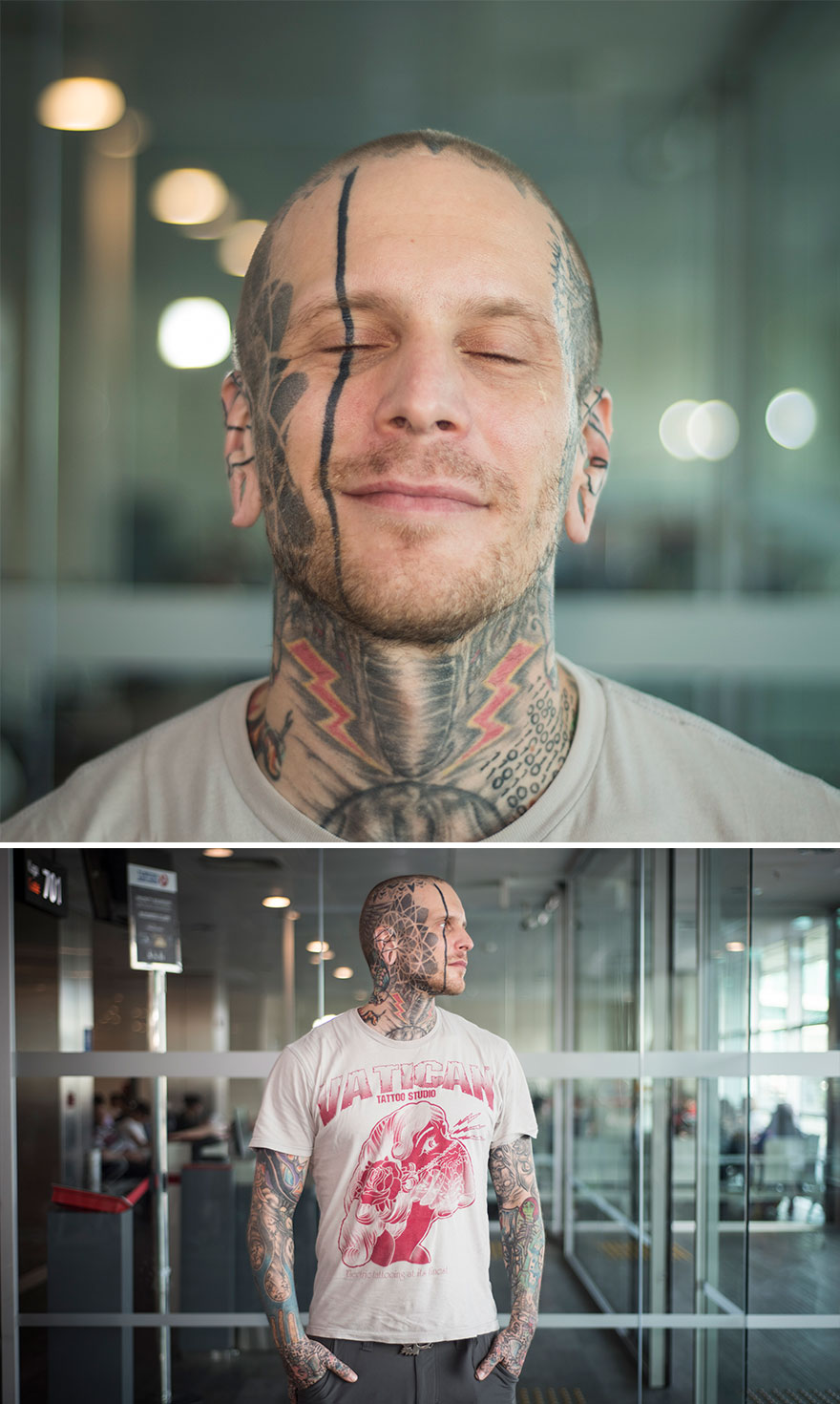 Jussi owns a tattoo studio in Helsinki. We met before his flight to Africa. He was going to have a long journey to the middle of the jungle. 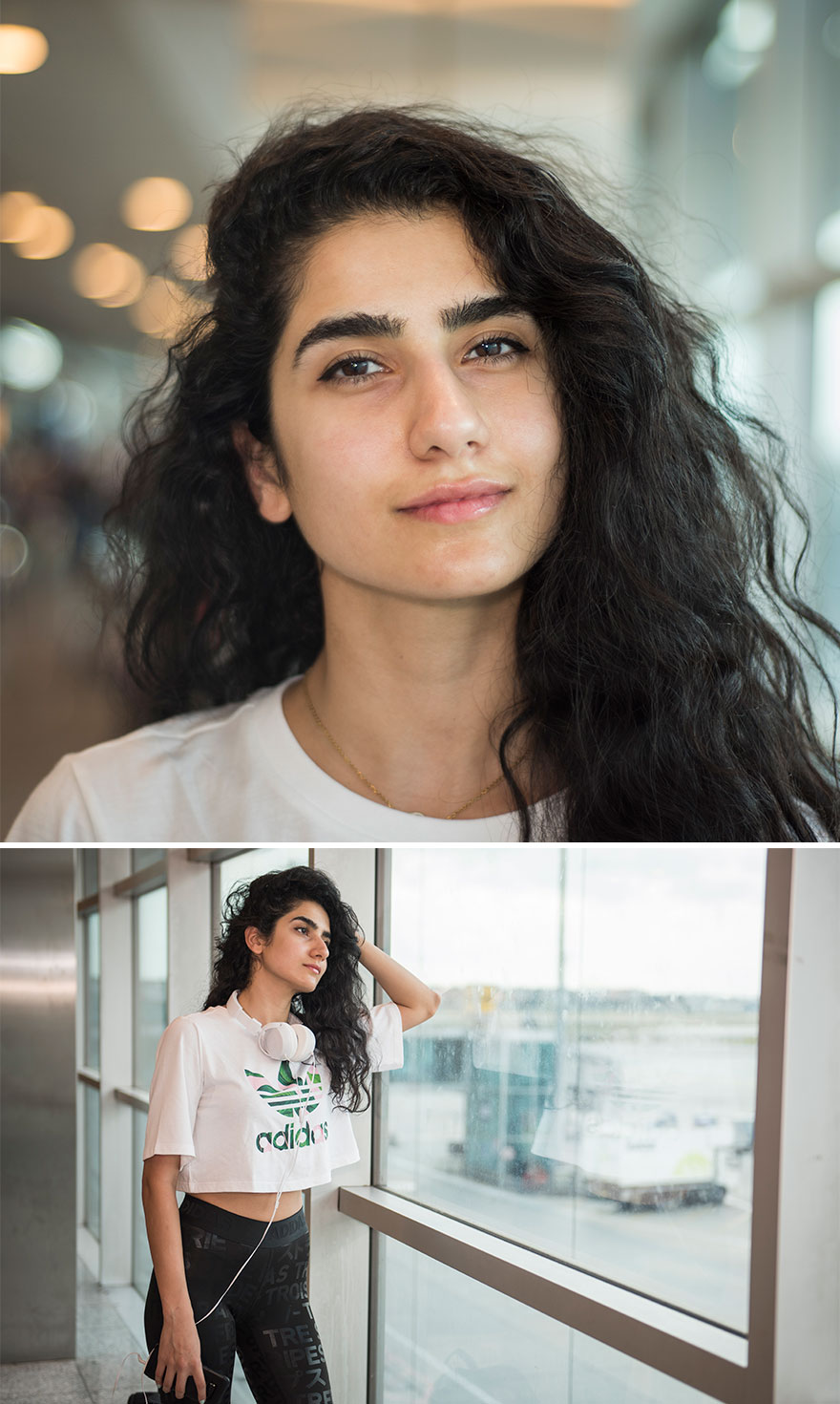 Shayma was following the project before we met. She wrote me between her connecting flight to Greece. She studies medicine in Malta and also volunteers for refugees in Athens. 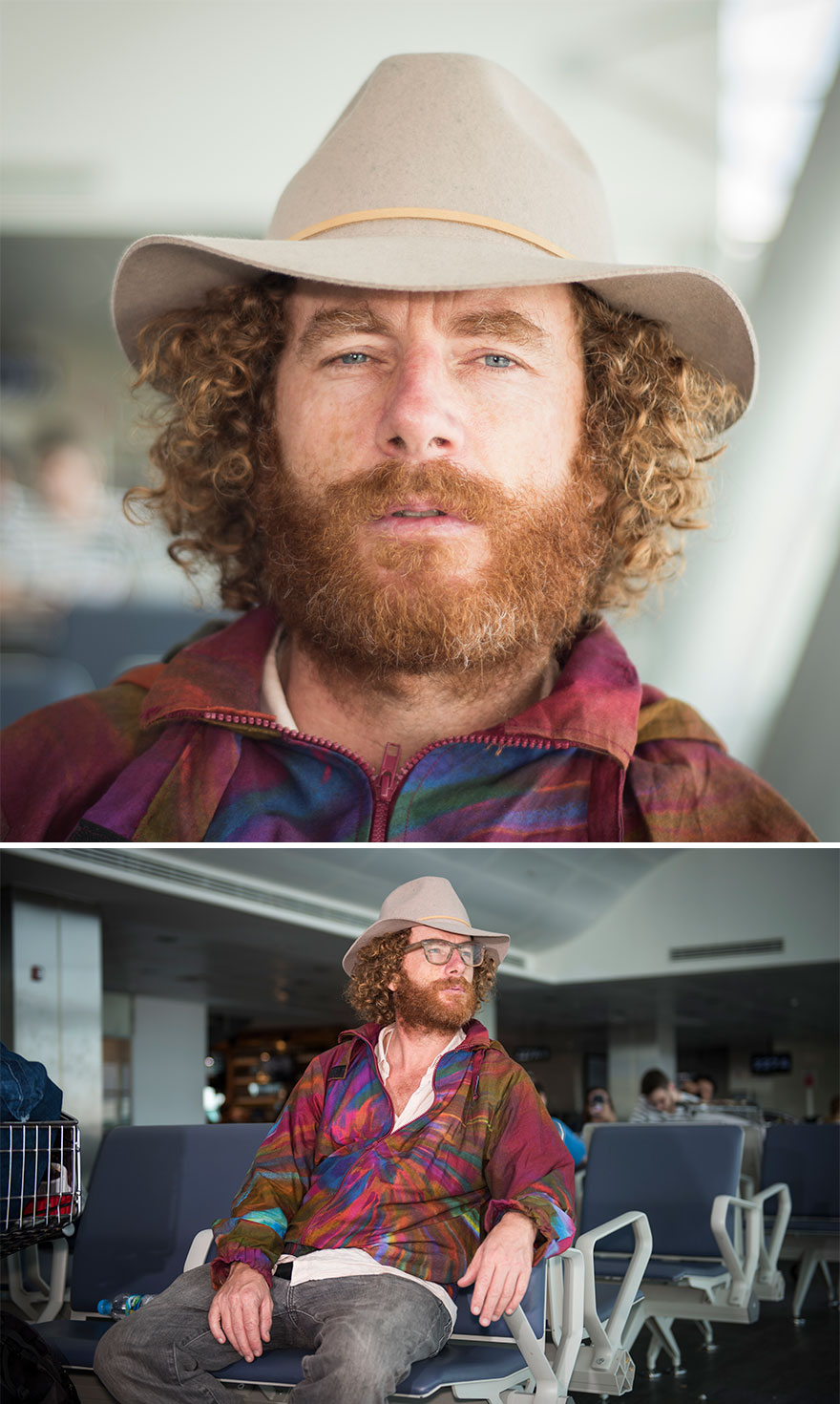 Frédéric is a teacher in Nigeria. After 2 months summer vacation he was flying back to start the new semester. By the way, the jacket is his own design. 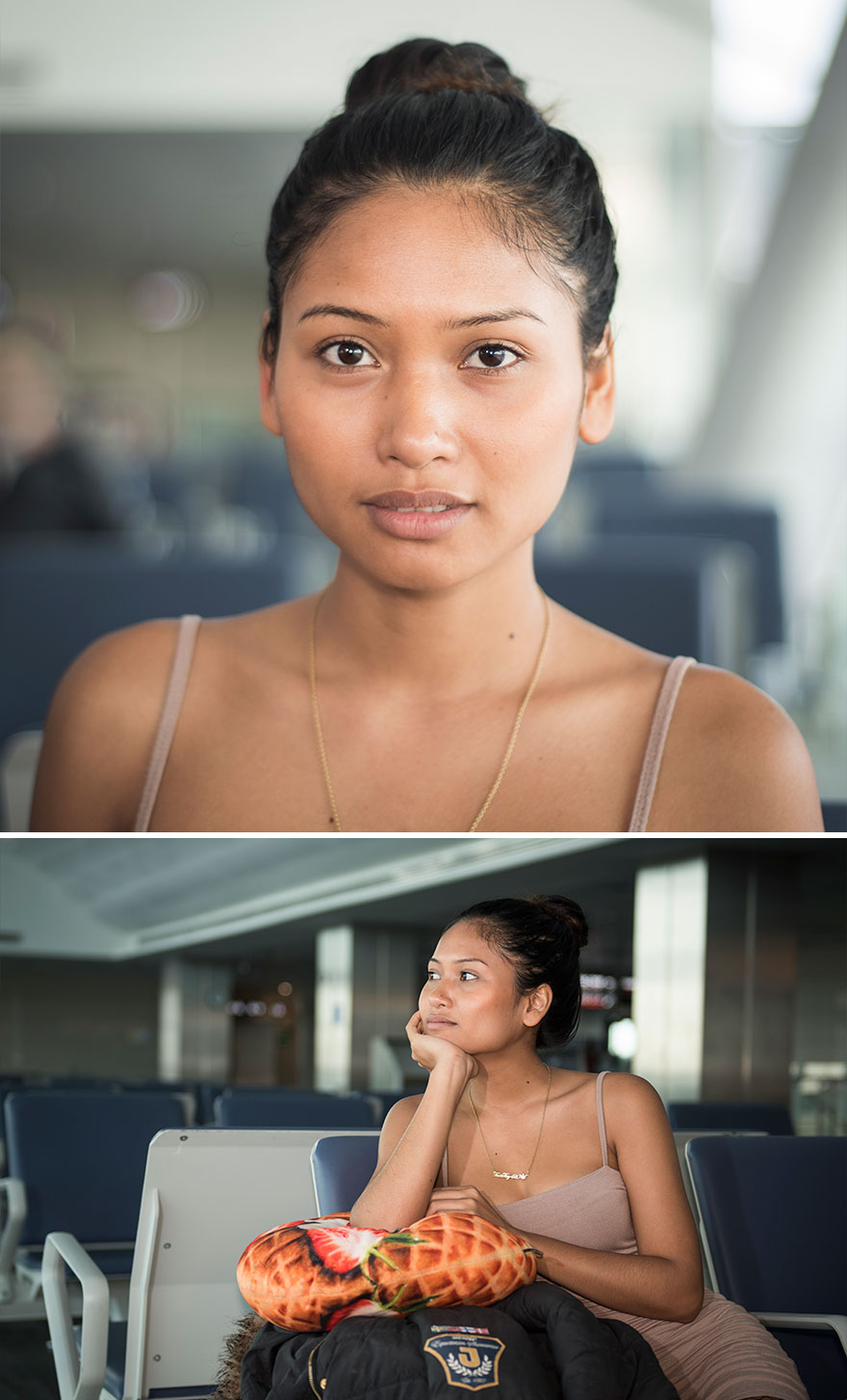 Kavinthida had holidays in Denmark. She had a very long layover. 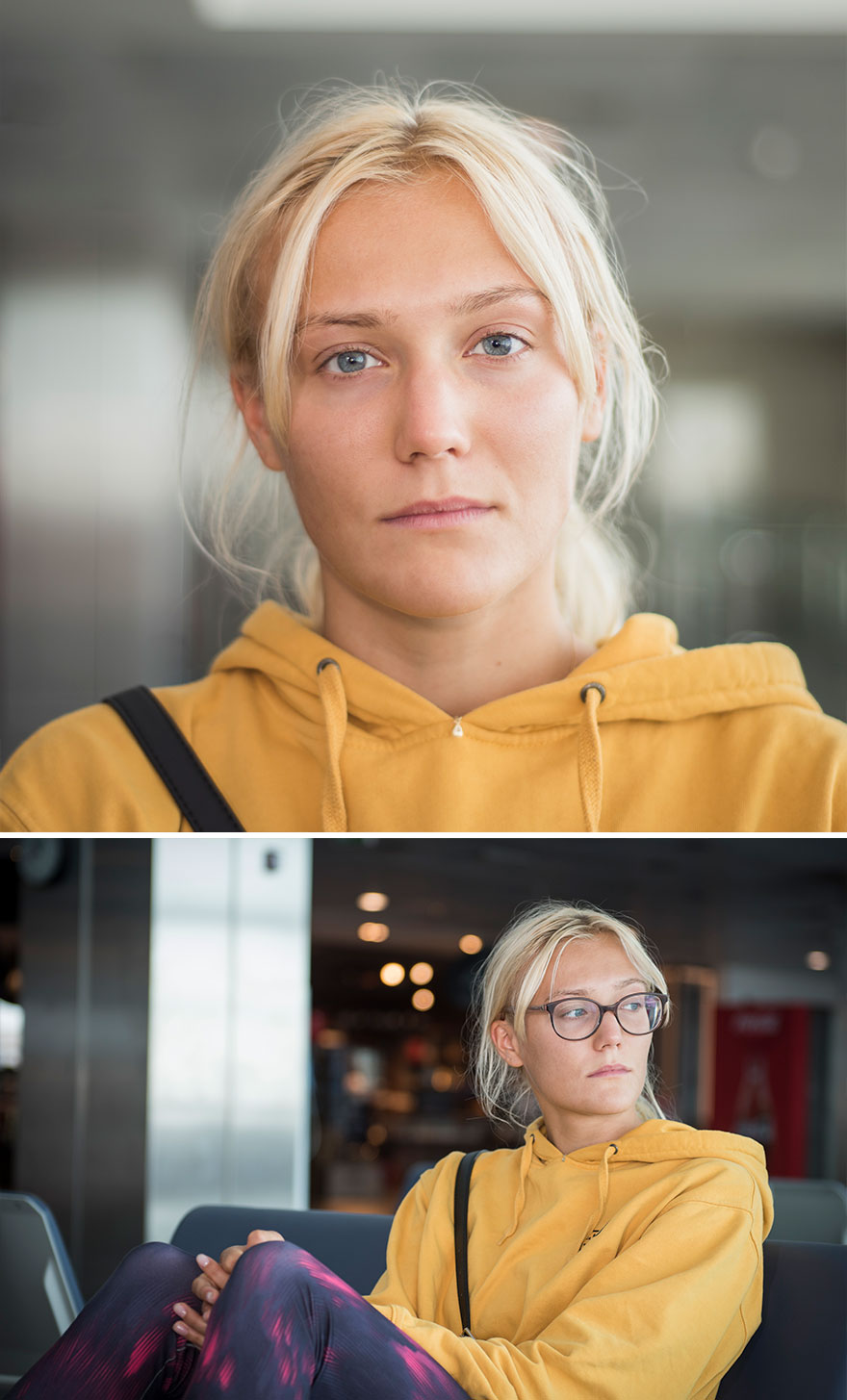 Parl is a heptathlete from Estonia. Hereby I’ve learned that “hepta” means seven in Greek. We have met before her flight Houston. 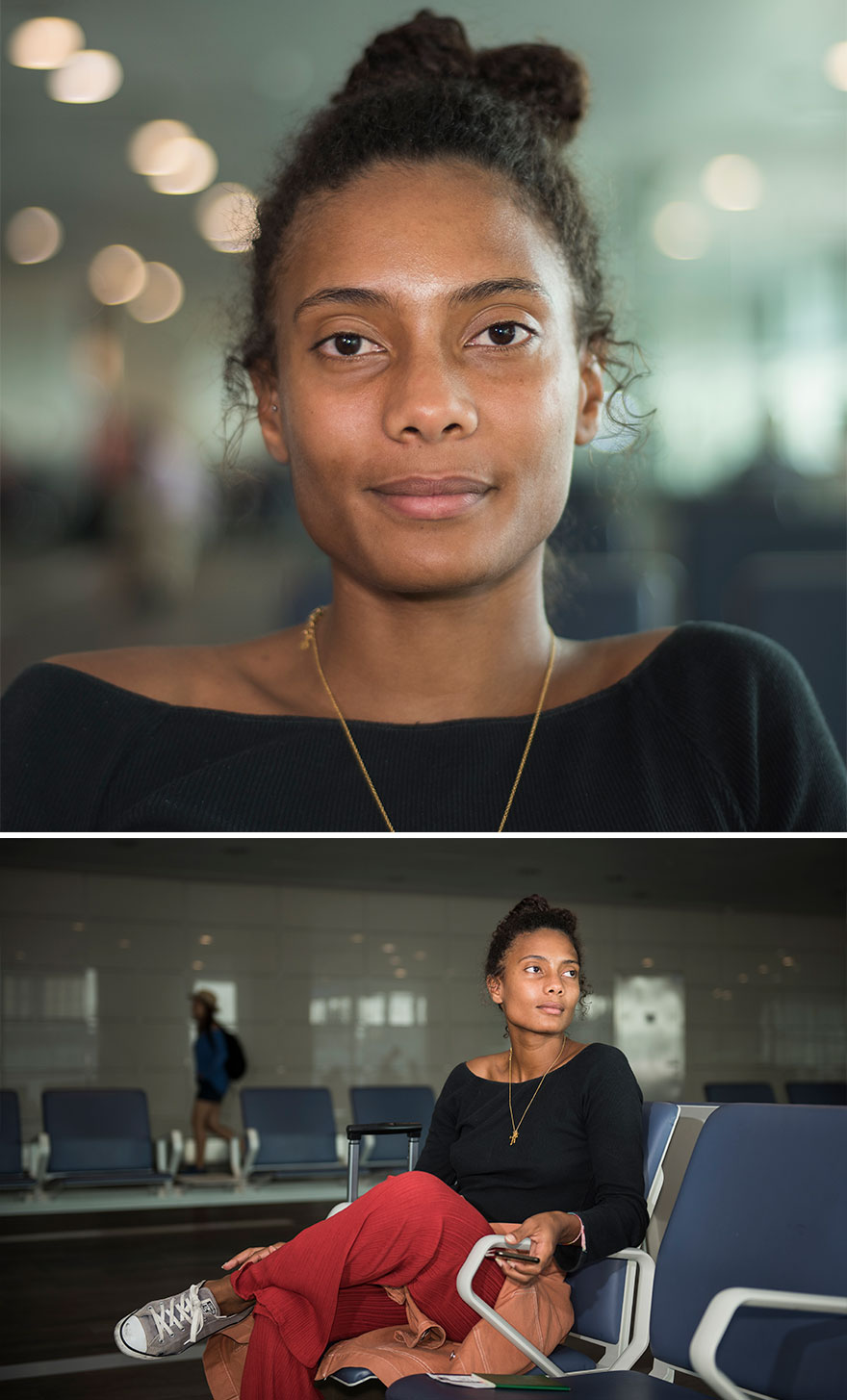 Sara was in Barcelona for holidays. I really love the natural look in this picture.