While tattoos were hardly a thing back in 1850, here are several rare photos of a traumatized woman named Olive who lived most of her young life in captivity.  She was captured with her younger sister and traded to different tribes of the region, one of which tattooed her face.  Her sister died in captivity, but Olive survived and she and her tattoo were photographed at several stages in her life, as was the custom in that time.  Her story was widely told and she was a local celebrity for quite a few years after her rescue.  It’s a sad story for sure, but it is one that deserves to be told. 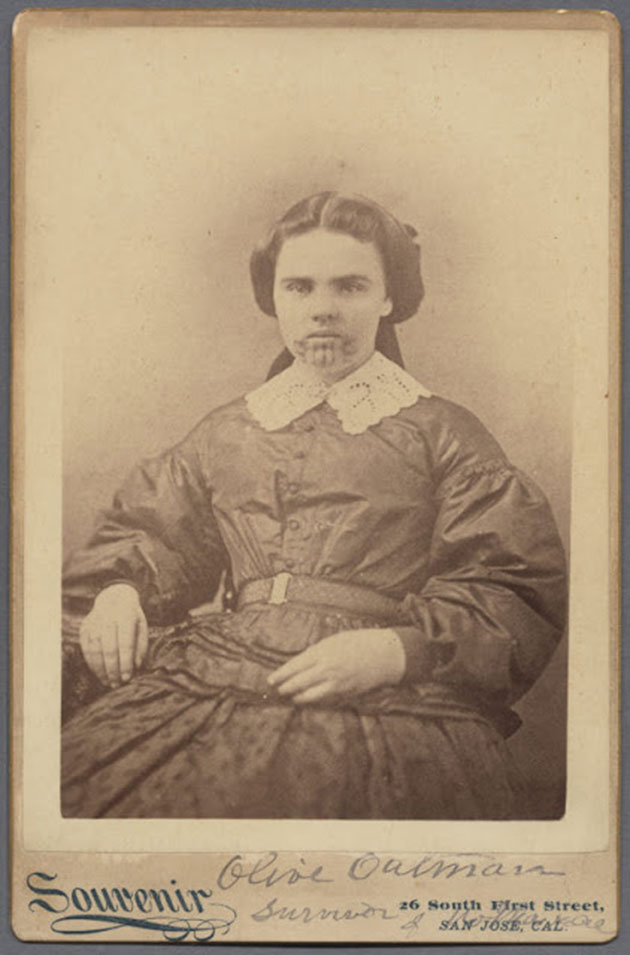 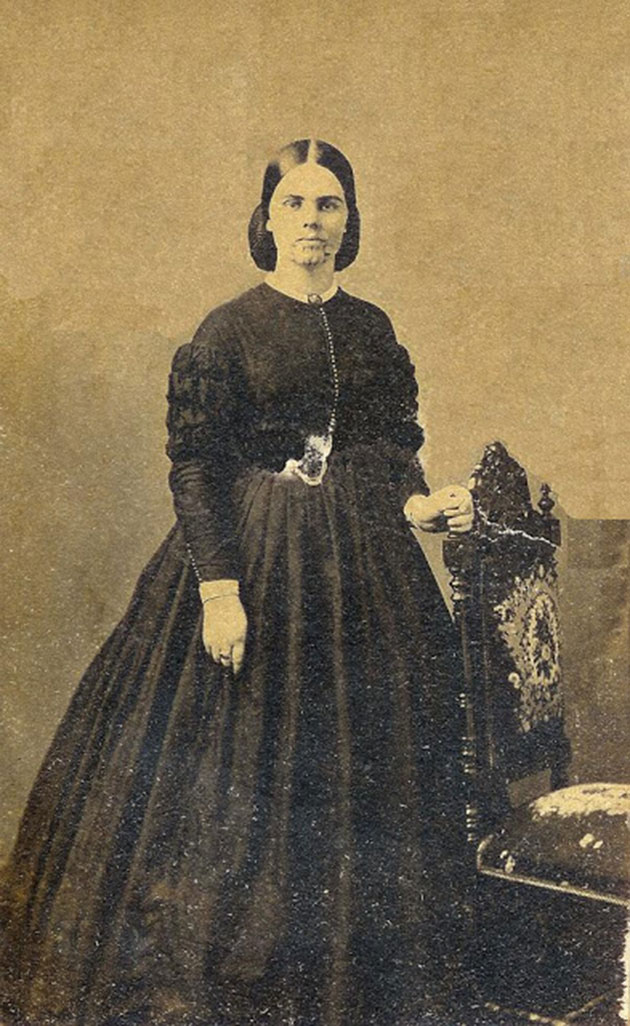 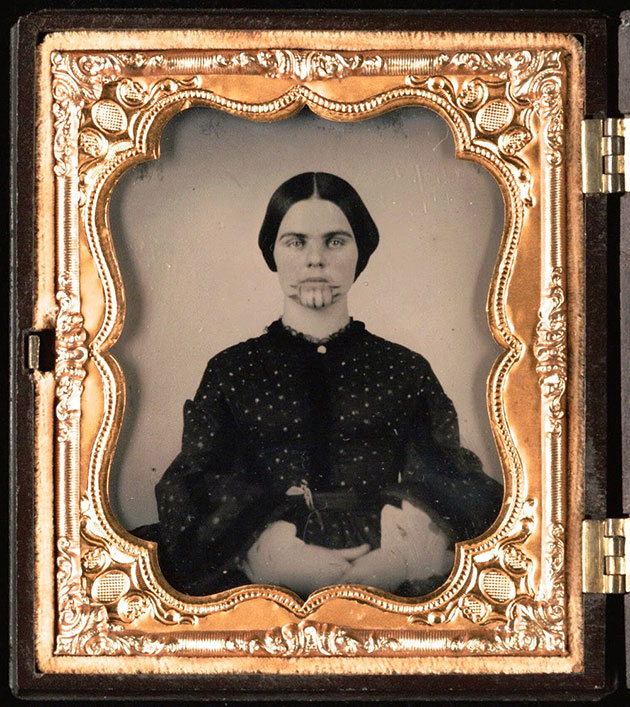 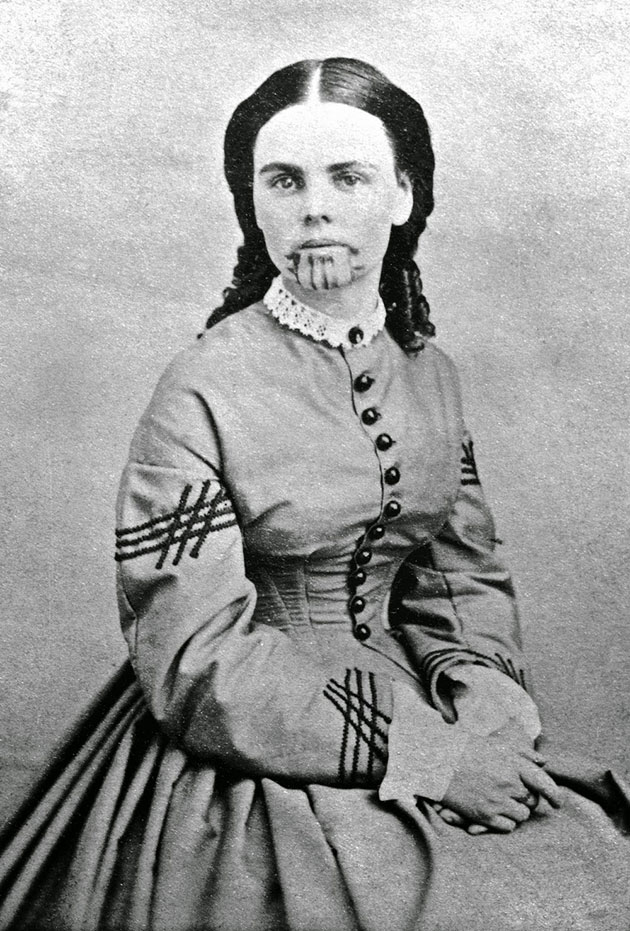 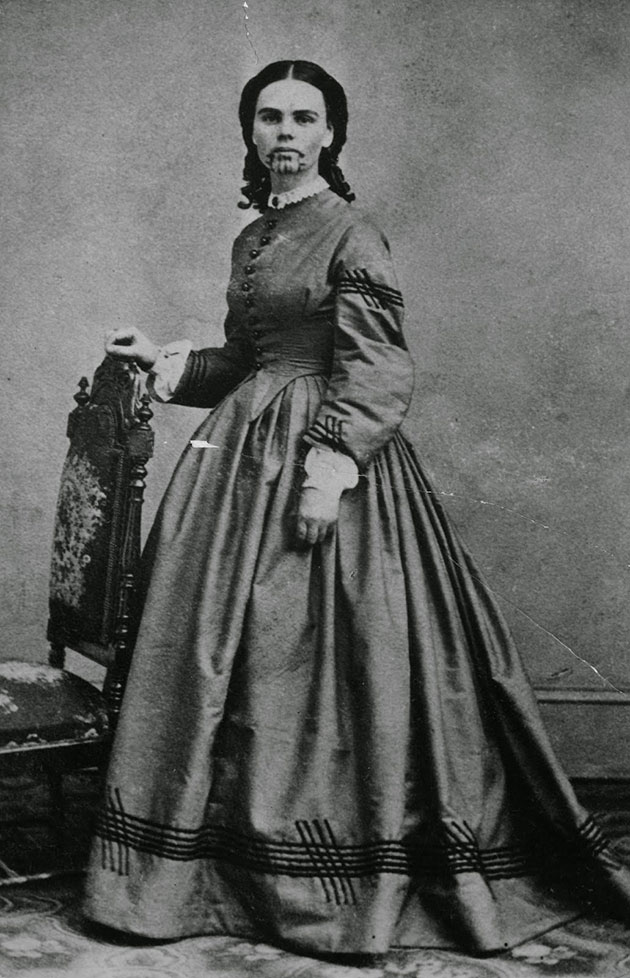