The term ‘fire rainbow’ may be a new on for many, but it is actually a common term for a less common weather occurrence. Spotted in Isle of Palms in South Carolina, this colourful cloud appeared for around an hour. Circumhorizontal arcs would be the correct term for ‘fire rainbows’ as they are merely an occurrence within clouds that are made up of miniscule ice crystals – referred to as high level cirrus clouds.

“To produce the rainbow colours the sun’s rays must enter the ice crystals at a precise angle to give the prism effect of the colour spectrum,” said meteorologist Justin Lock, who also explained the sun requires and altitude of 58 degrees above the horizon for this to take effect. “Again, it has to do with getting the precise angle.”

South Carolina residents were surprised to see this on Sunday 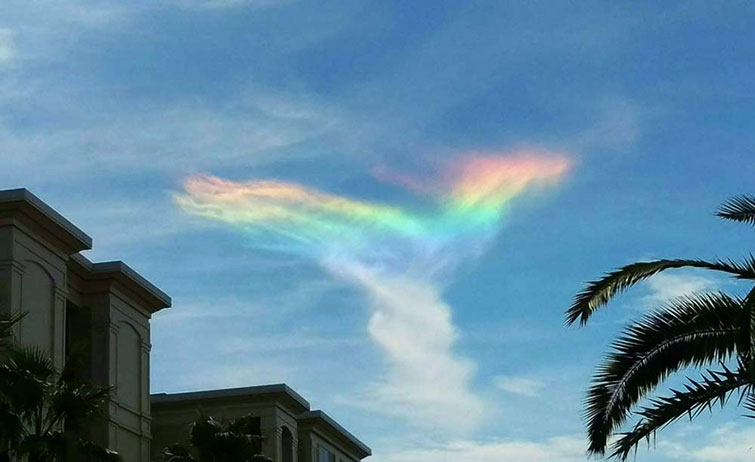 Turns out, this is a “fire rainbow,” or “circumhorizontal arc” 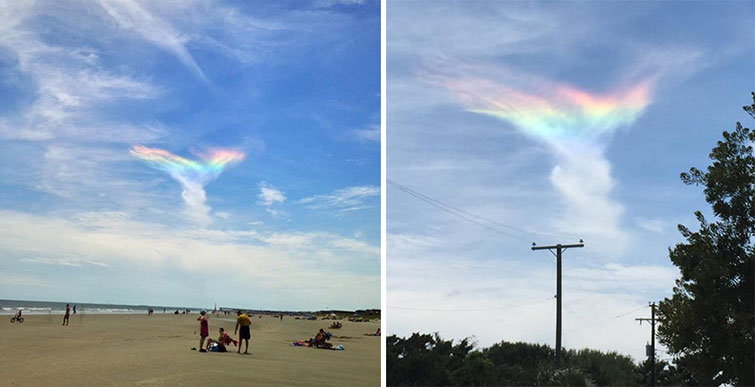 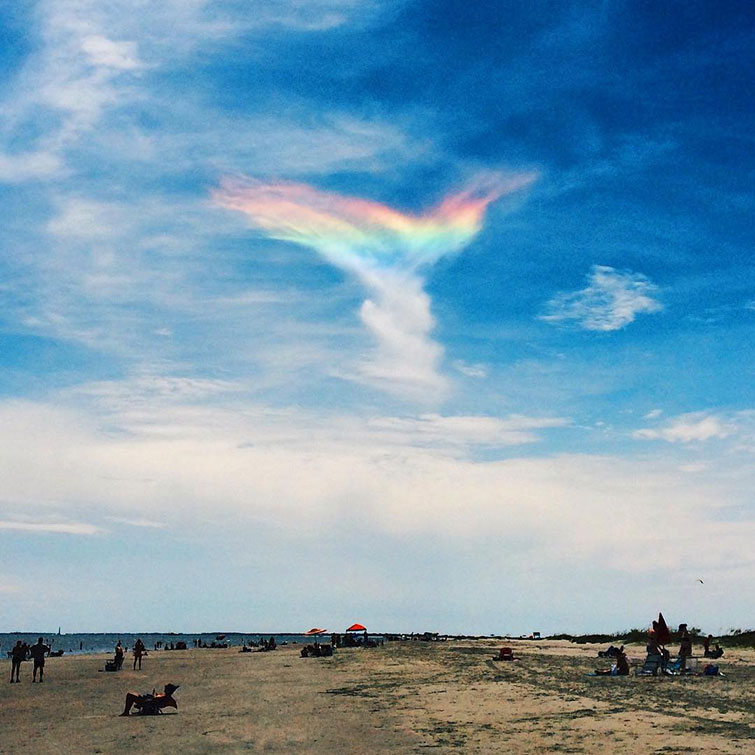 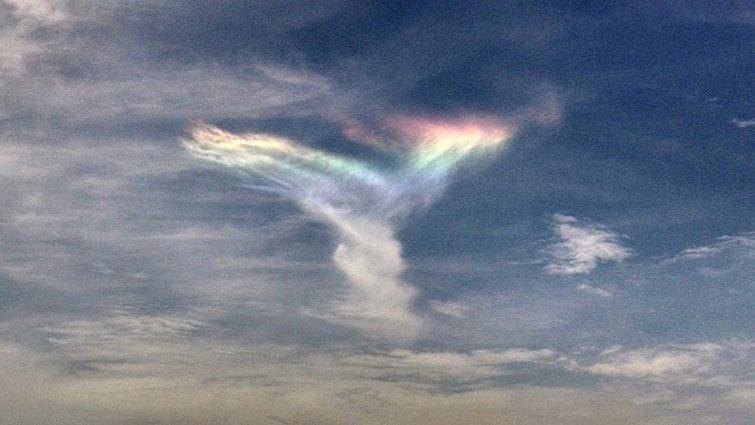 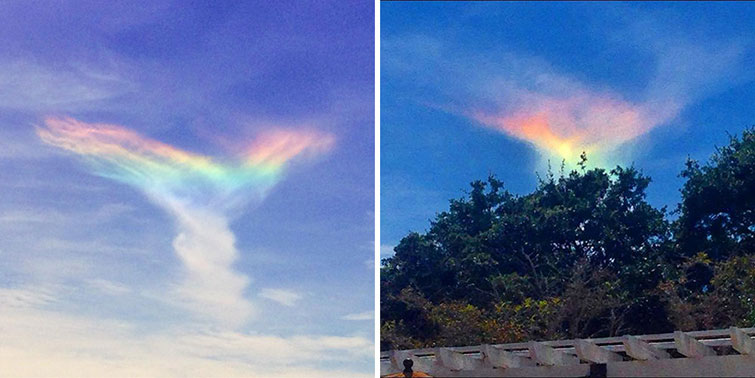 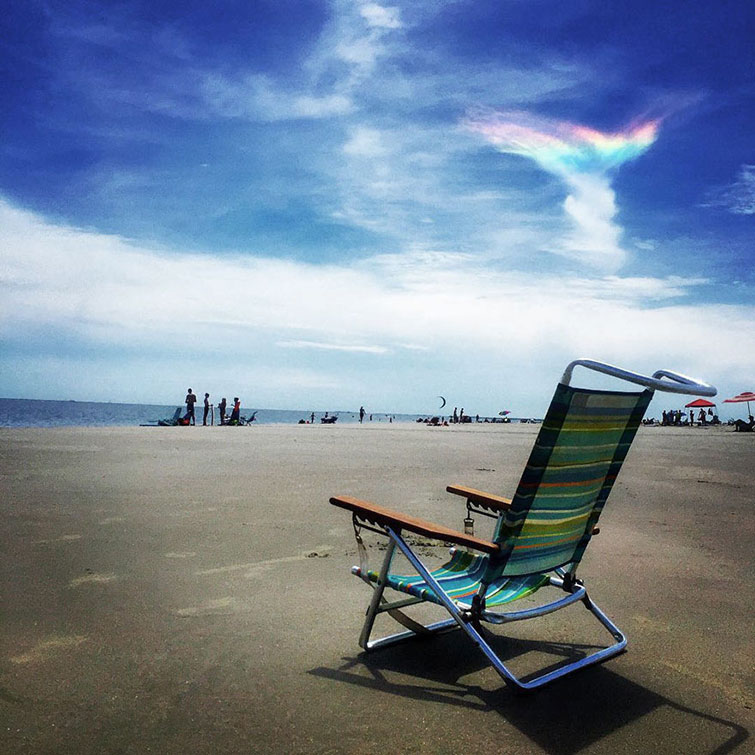