It was a rare sight in New York yesterday when Amanda Curtis was able to see quadruple rainbows in the evening. She has captured it in a photo and has shared it over social networking websites, which has made the image highly popular. The last time a photo of a rainbow went viral was when Paul Vasquez uploaded one of double rainbow.

However, meteorologists were not equally surprised when they saw the quadruple rainbows and Paul Neiman from the National Oceanic and Atmospheric Administration (NOAA), said that it was a result of the sunlight reflecting from a water body nearby that resulted in the reflection of a double rainbow formed. This resulted in the formation of a quadruple rainbow. However, the audience who saw this image were definitely surprised and have been sharing it. (h/t: washingtonpost) 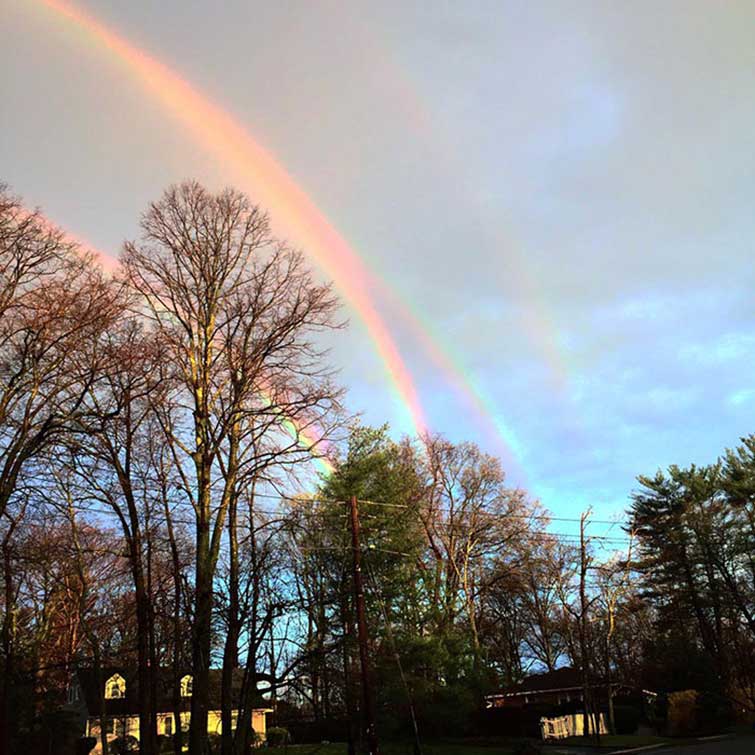