The Pontiac Club de Mer was a purpose-built, experimental car that was built by Pontiac for the General Motors Motorama in 1956 to celebrate General Motors’ commitment to futuristic design.

The design of the “de Mer” drew its visual impetus from contemporary aircraft construction of its day, employing a stainless steel monocoque, individual windscreens similar to those on the 1955 Lincoln Futura (later TV’s Batmobile), the aerodynamically fashioned fascia that flowed down from the hood skin to cover most of the grill, concealed headlights, and a single rear-deck dorsal fin. The vehicle had no bumpers, a common feature on most concepts, and the door handles were quite small. On a human scale, its most alarming feature was that it had a very low profile at just under 39 in (990.6 mm).

Only the model exists today, which was owned by Joseph Bortz[3] of Highland Park, IL. until it was sold to noted car collector Ron Pratt at the 2007 Barrett-Jackson Classic Car Auction for $75,000. A running replica based on a 1959 Pontiac chassis was also built by Marty Martino. Taking three years to complete, it sold for $110,000 at the 2009 Barrett-Jackson Auction in Arizona. 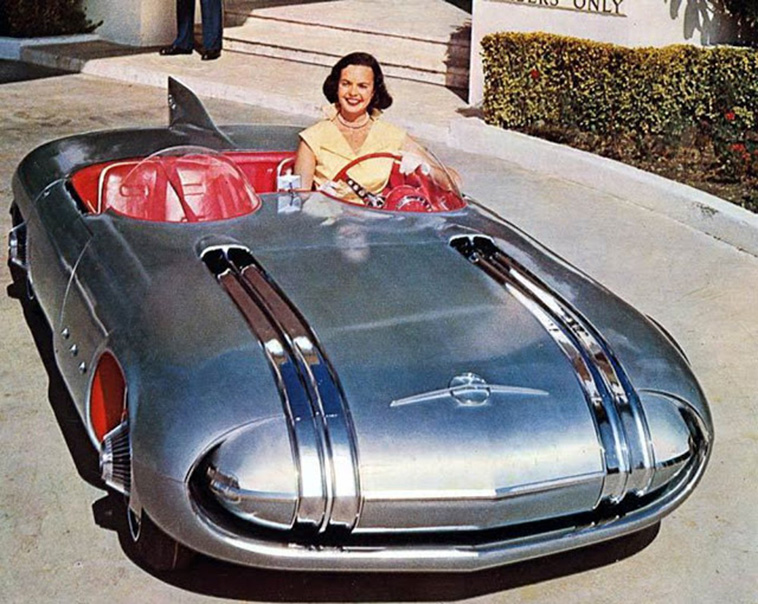 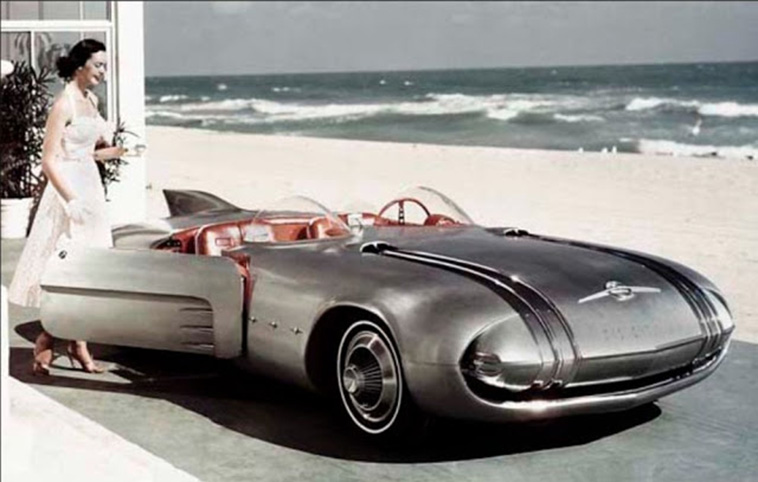 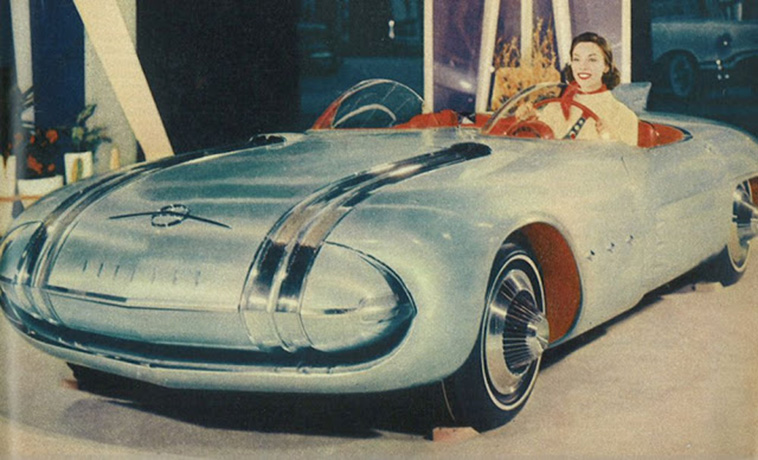 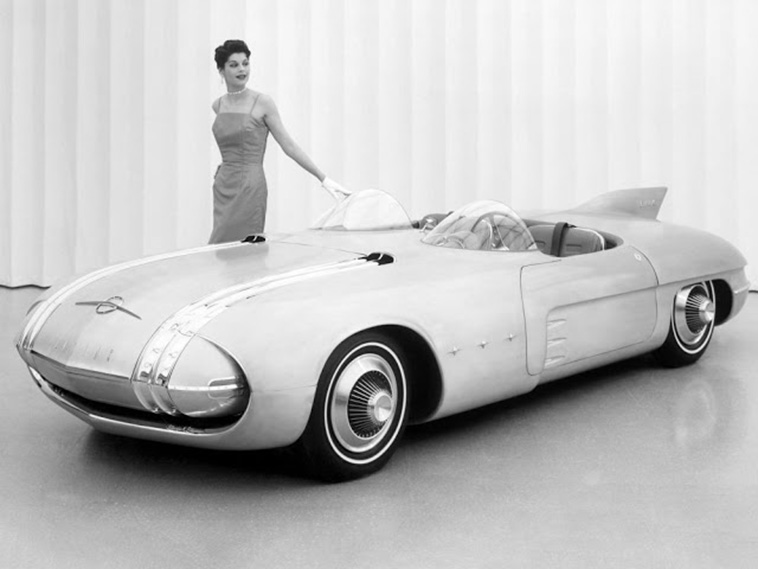 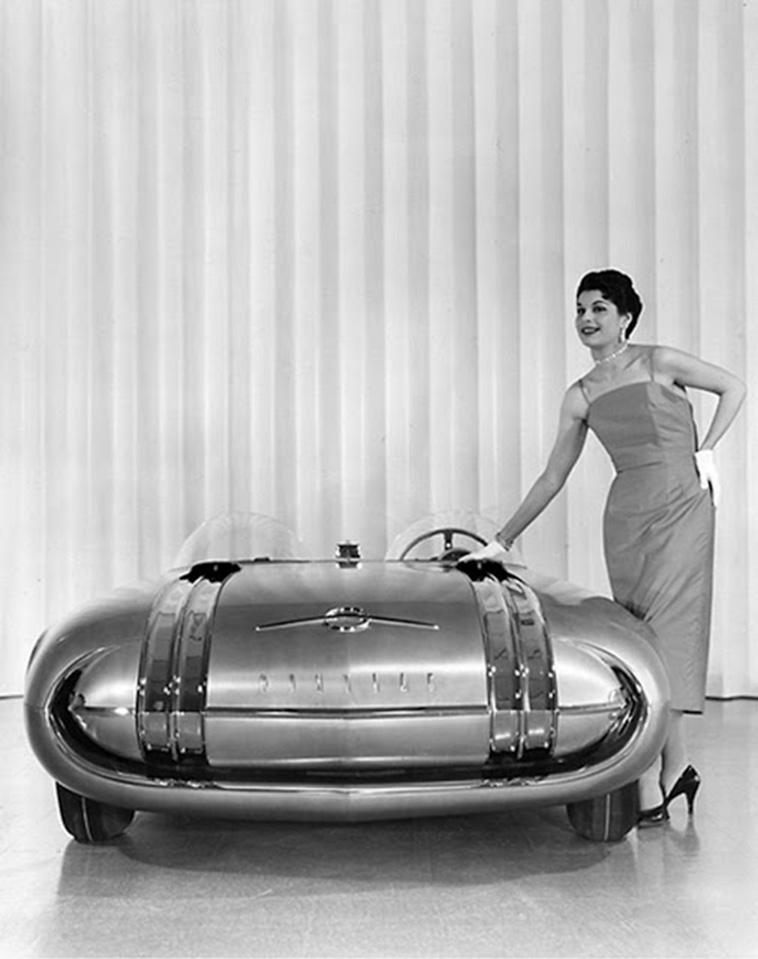 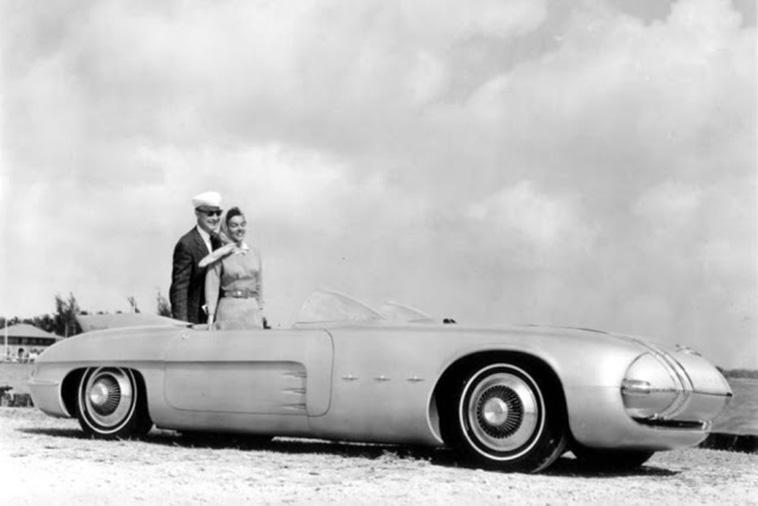 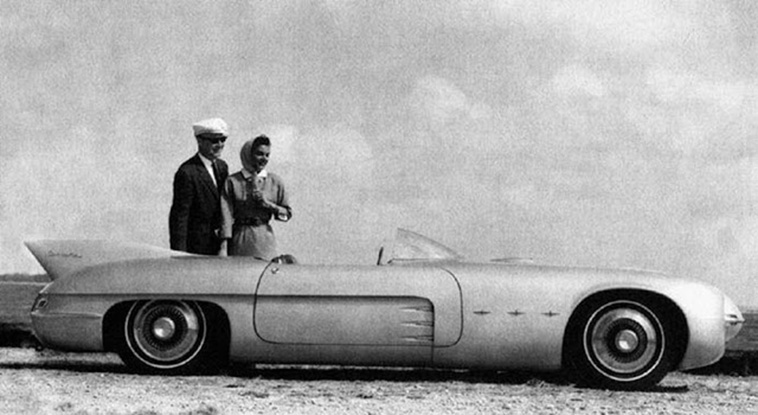 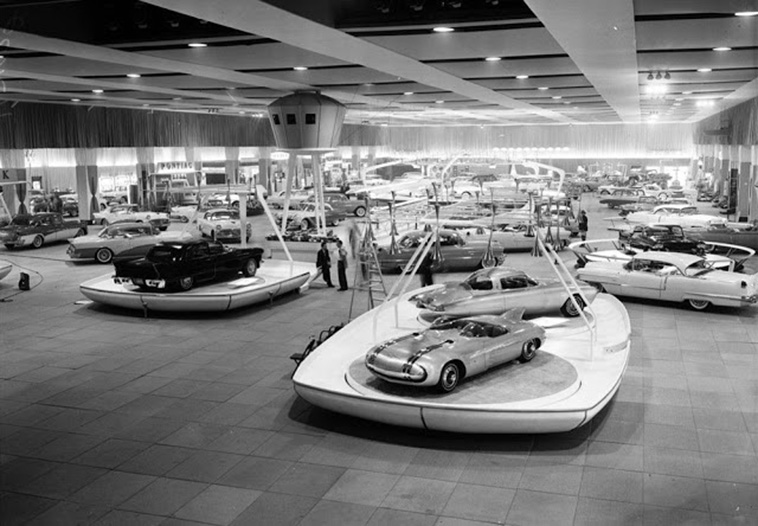 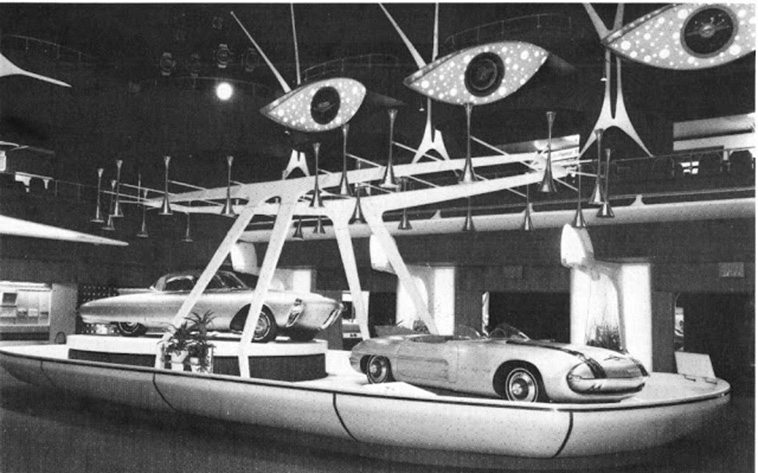 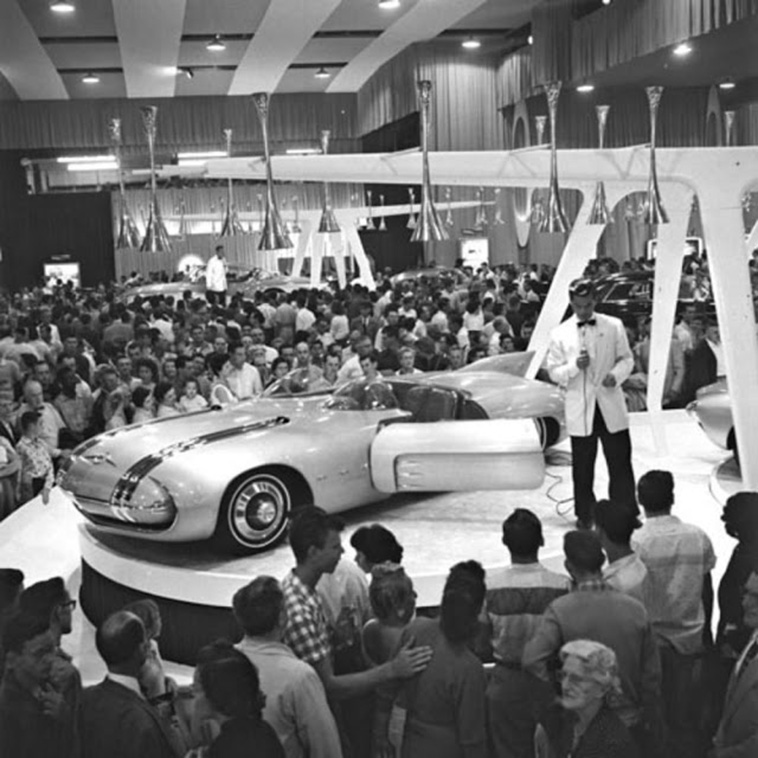 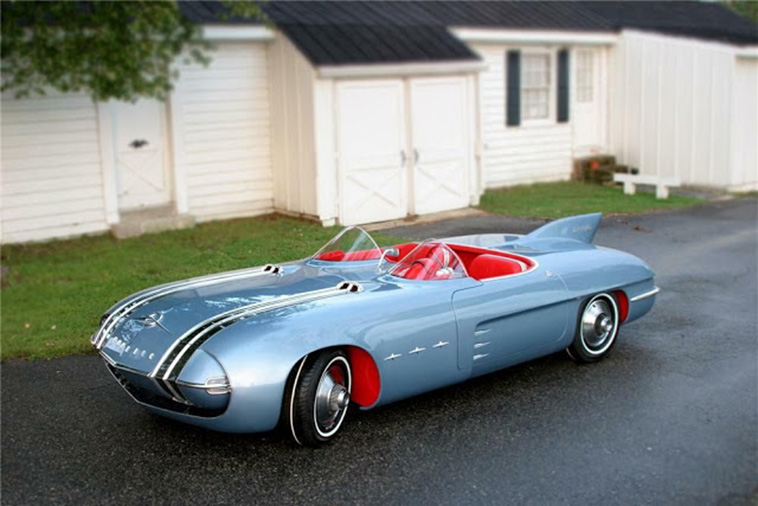 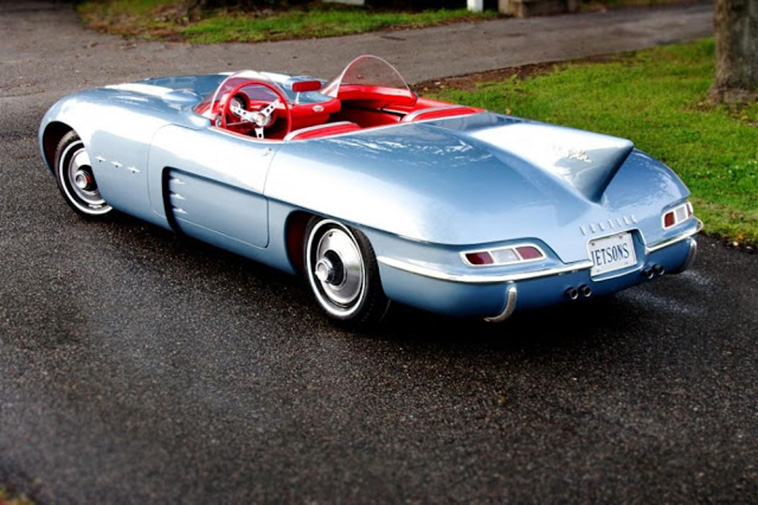 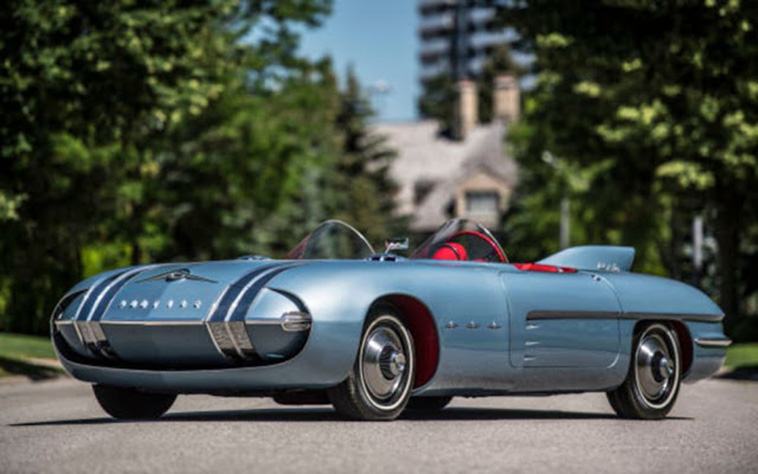 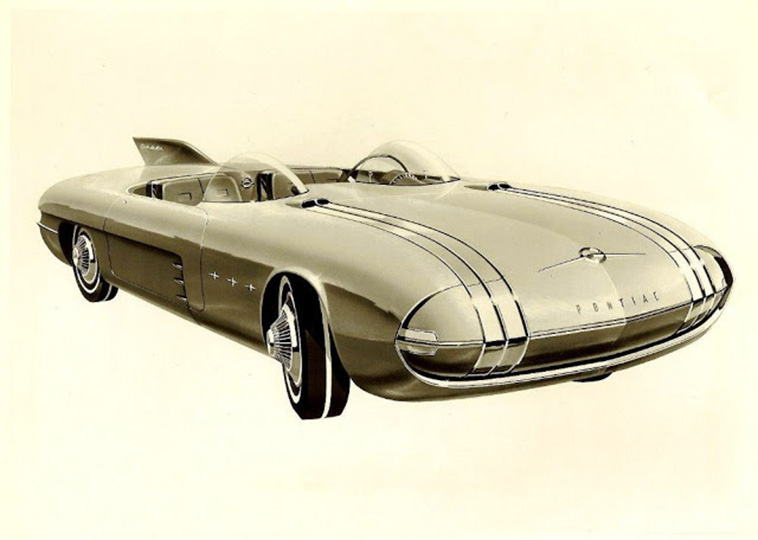