A baby elephant named Jotto separated from his herd and fell into a well when he was just one month old. After he was rescued, he was sent to a Kenyan elephant orphanage by the David Sheldrick Wildlife Trust so he could heal. While at the orphanage, he got friendly with an ostrich at the orphanage named Pea. 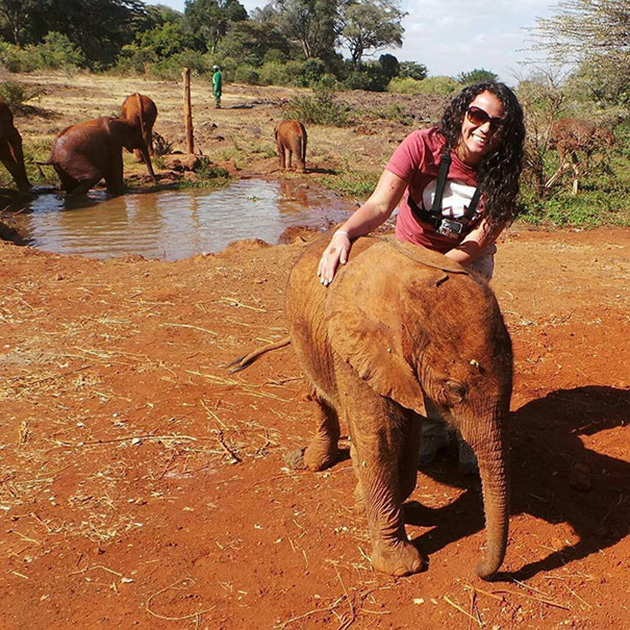 In 2014, staff members of the elephant orphanage unintentionally discovered Pea along with her brother after trying to save a baby elephant. So they decided to take the two ostriches back to the shelter along with the baby elephant. Pea’s brother Pod was eventually set loose back into the wild where he could join other wild ostriches. However, Pea continues to stay at the shelter with the other elephants. 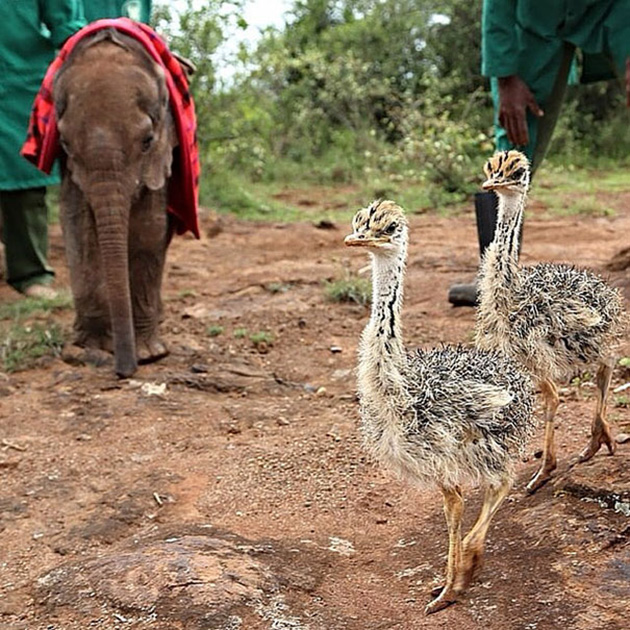 It is apparent that Pea believes she belongs with the elephants and not with the ostriches. When Jotto was brought to the shelter, Pea immediately grew attached to her. They constantly snuggle together and show affection for one another. You could call Pea an ostrich who identifies as an elephant. 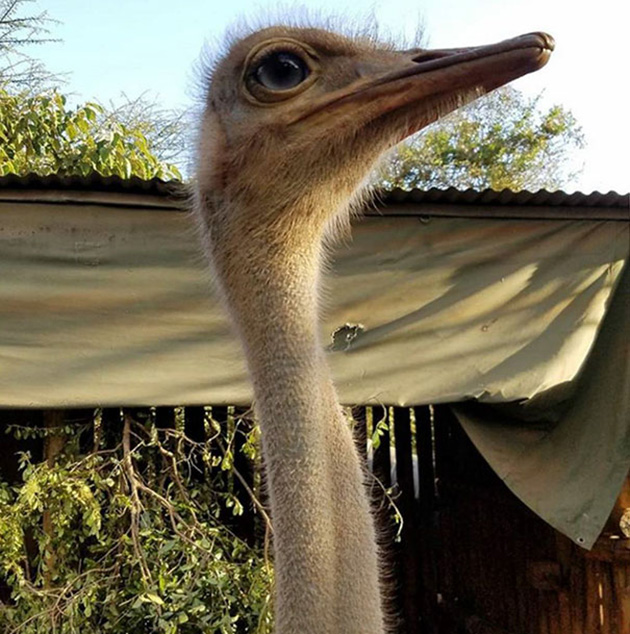 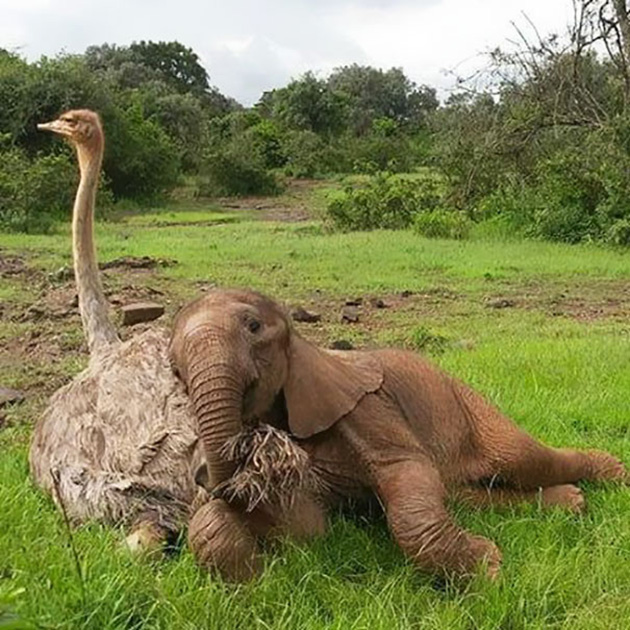 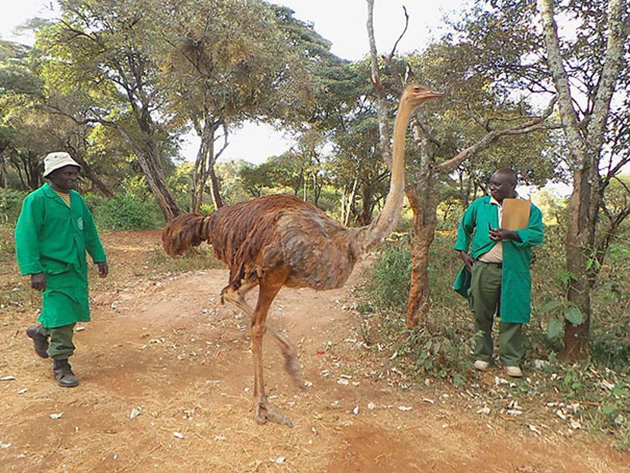 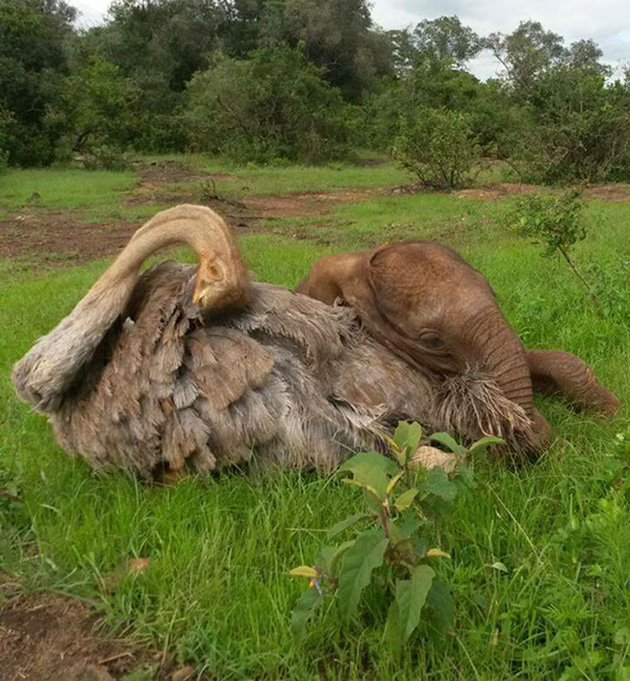